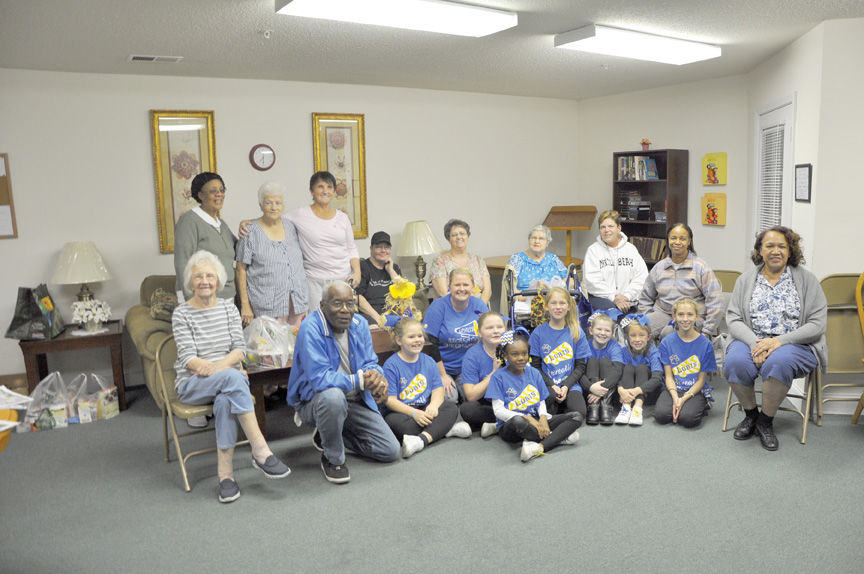 The Loris recreation cheerleaders entertained the crowd at Loris Gardens Senior Living apartments and passed out canned food items to the residents. 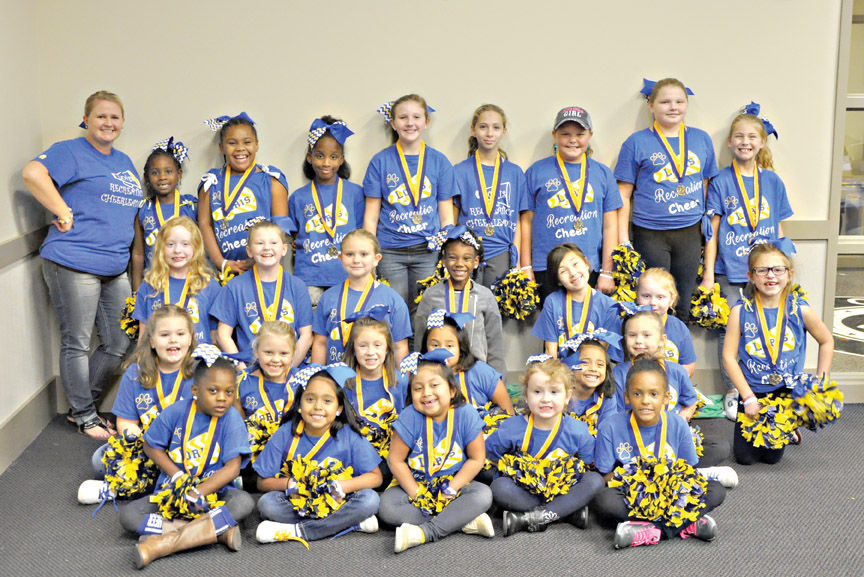 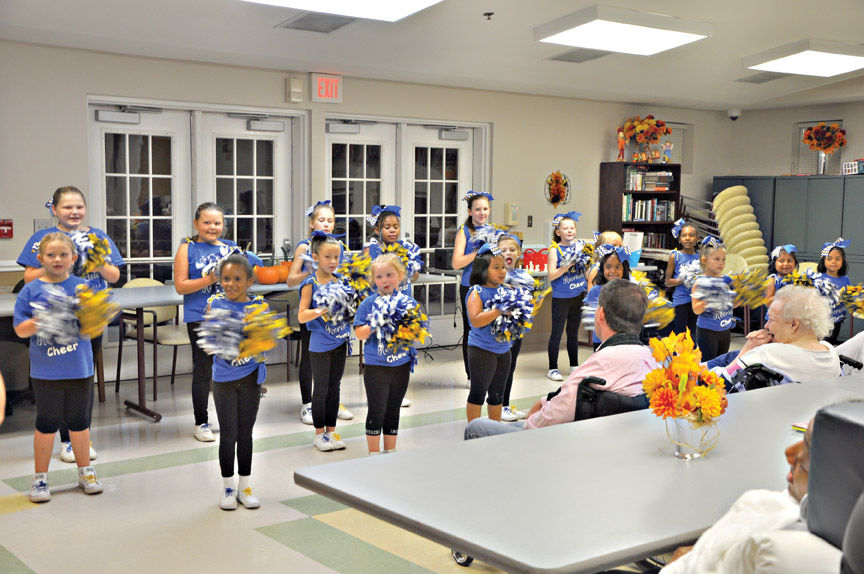 The Loris recreation cheerleaders entertained the crowd at Loris Gardens Senior Living apartments and passed out canned food items to the residents.

The City of Loris Parks and Recreation Depart-ment has a busy bunch of cheerleaders this season, and coach Kenya Wright says they will stay busy all through the holidays.

Practices for the 31 young girls began in early September with at least two practices each week. The group participated in a Future Lions Cheer Camp, held by the Loris High School cheerleaders.

The recreation football season kicked off Sept. 26 with the ladies cheering on the hometown teams, often three times a week until the season ended Oct. 29.

Since the season ended, the girls have stayed together, going into the community to entertain senior citizens at the Loris Rehab and Nursing Center, to the delight of the patients and staff.

The enterprising young group sold raffle tickets for a $100 cash prize, paying for their own awards party with food, drinks and games held last week.

Each cheerleader received a medallion, a cheer bracelet and a set of pom-poms in recognition of their efforts.

The following night, a small contingent of the group entertained with cheers and passed out canned food items for Thanksgiving at the Loris Gardens Senior Living apartments.

The seven girls sounded like 31 and did a few single stunts and pyramids to the delight of the residents.

But they aren’t’ finished yet. They will be participating in the 2016 Christmas parade, walking the route as cheering snowmen and will perform again that day on the main stage to a new dance routine.

“We have had a great bunch of kids and parents too,” said Wright. “We have decided we may stick together and see what happens after Christmas and maybe do even more as a team.”

Facebook on Friday announced that it may allow former President Donald Trump’s Facebook and Instagram accounts to be reinstated in January 2023. At that time, the social media company will re-evaluate whether the risk to public safety of allowing Trump back onto its services has receded. This two-year suspension will prevent Trump from using Facebook or Instagram to broadcast to his followers until after the 2022 U.S. midterm elections. Do you think tech giants like Facebook are using their power to censor political speech and manipulate U.S. politics? Choices are:

WANTED TO BUY US