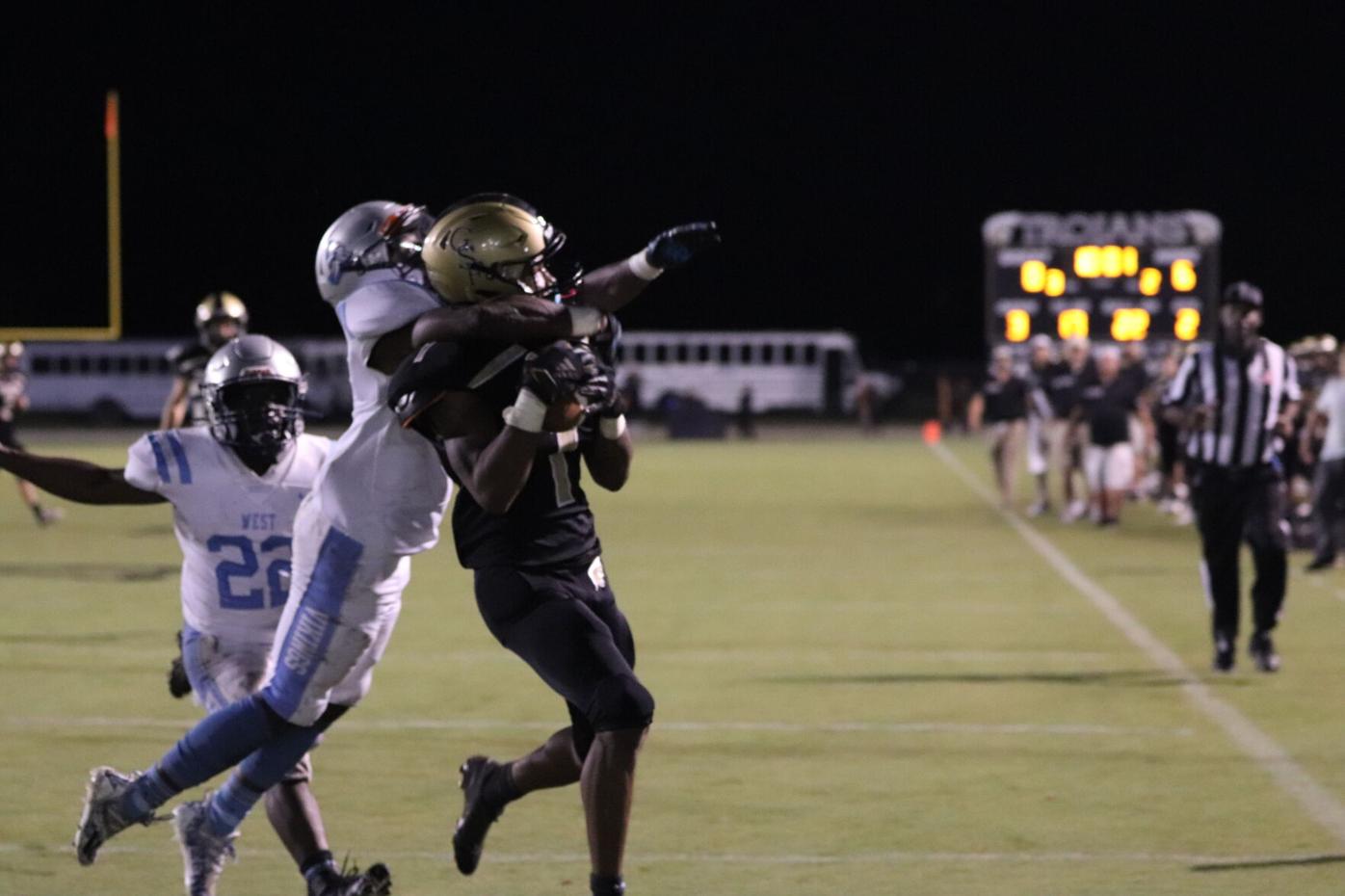 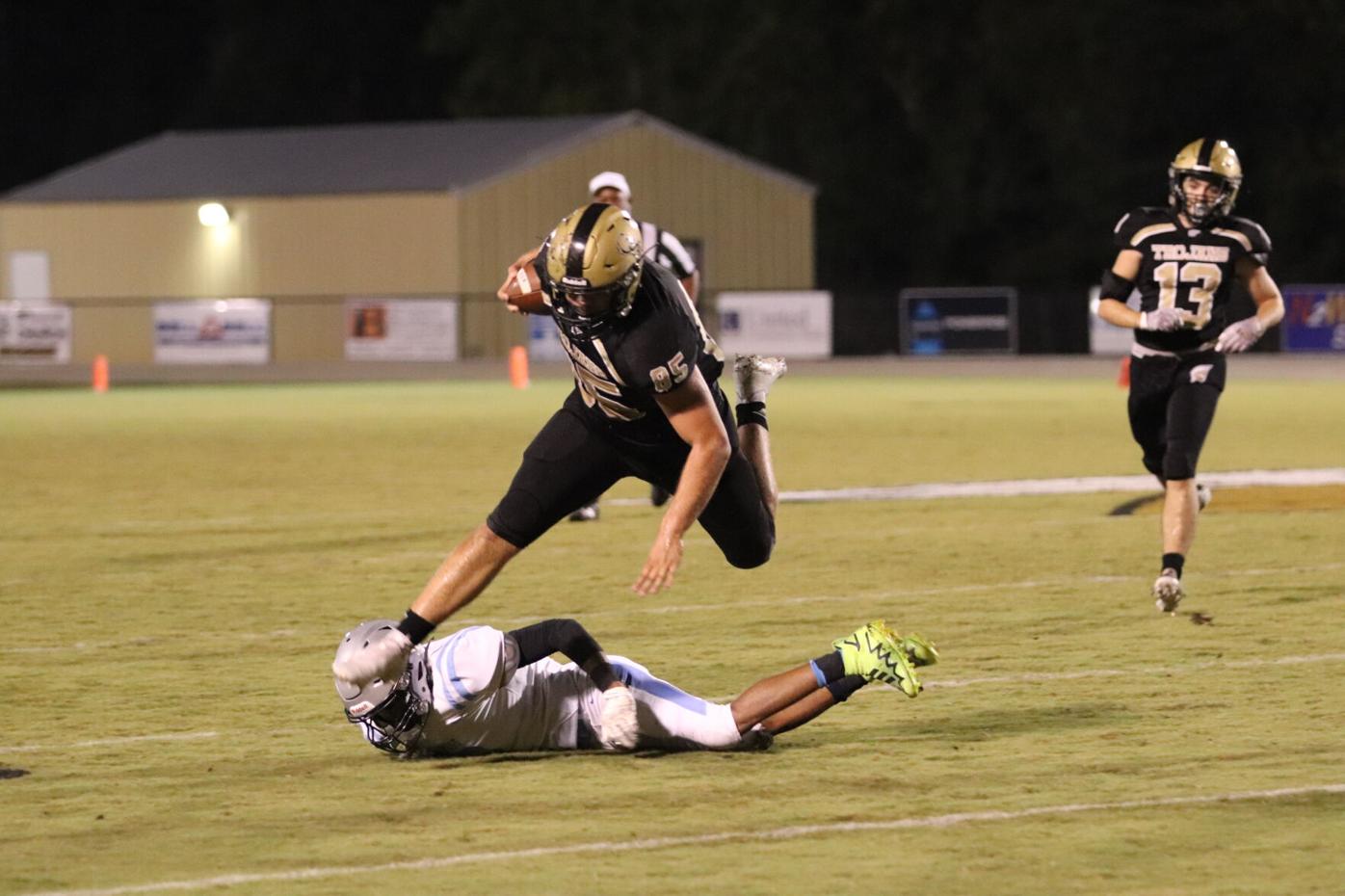 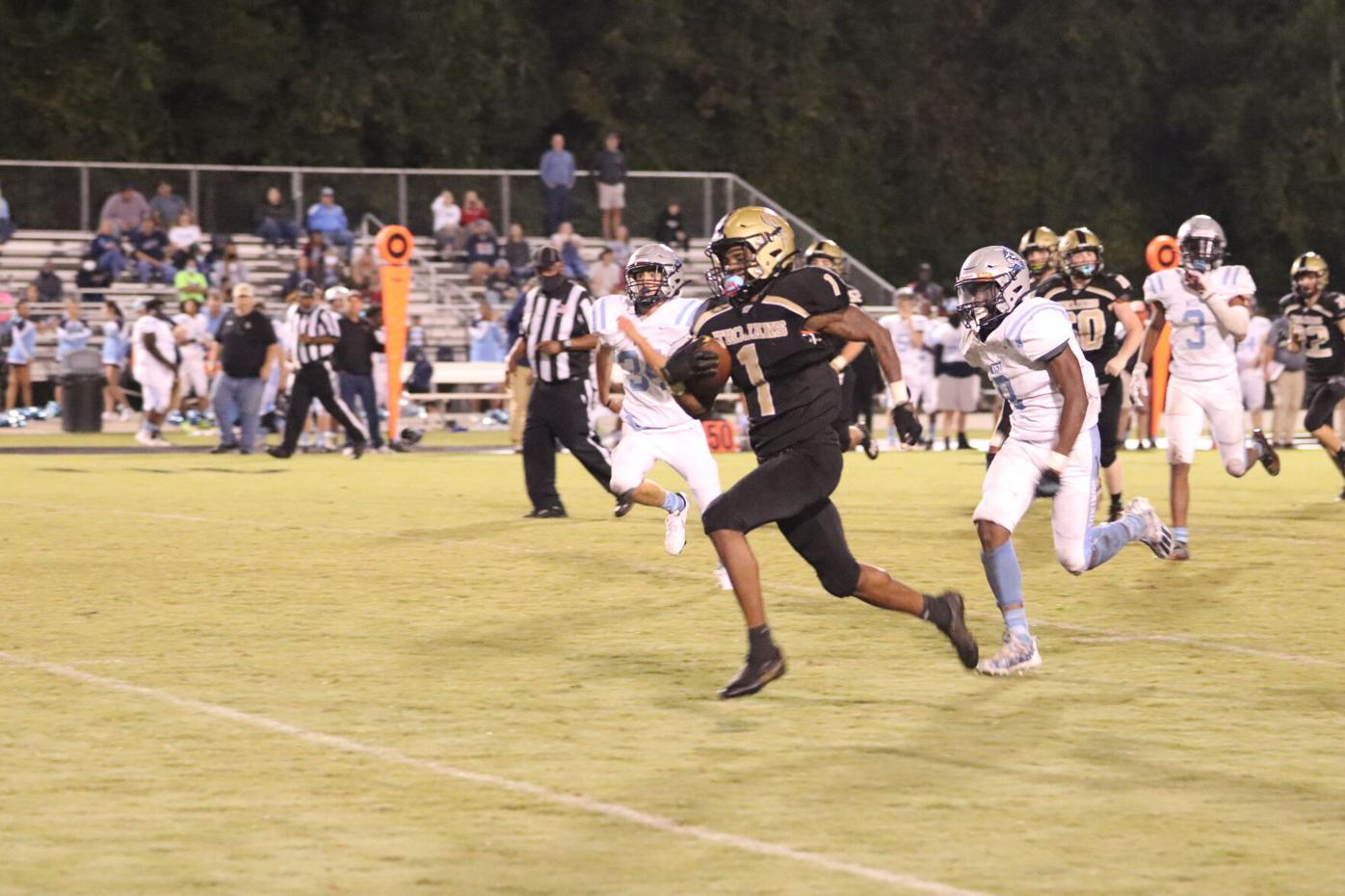 “As a team, we played exceptionally hard,” coach Joey Price said. “West Columbus got some athletes, but I thought our guys were well prepared. All week long they practiced hard.”

Senior Dan Johnson had a night on both sides of the ball, getting an interception on defense to go with 113 yards on 11 carries and three touchdowns.

“Dan is a great athlete,” Price said. “He played behind Jaquan Dixon for so long and now it’s his time to shine. And you see he’s that kind of player on offense and defense.”

The teams traded empty possessions to start the first quarter, but after an interception by Austin Damron, the hamster wheel starting turning on the Green Sea Floyds offense.

Johnson tip-toed into the end zone to open the scoring with four minutes to go in the first quarter.

The Trojans took their 6-0 lead into the second quarter and Johnson would get in the end zone again thanks to a peach of a pass from junior quarterback Banks Lovett from 22 yards out to make it 14-0 Trojans.

Lovett finished with 88 yards, completing 5 out of 7 pass attempts and two total touchdowns.

While West Columbus did tie things up within 3 minutes, the Trojans responded quickly with a massive touchdown run from Kanye Sweatman to take the 22-14 lead. Johnson had his incredible night continue with an interception and then turned his pick into six points with a 55-yard run on the ensuing drive to make it 30-14.

Still, West Columbus wouldn’t go away, scoring with 1:49 to go in the first half.

That was too much time Banks Lovett. The junior led the team down the field, going 4 for 5 through the air for a total of 66 yards, capping the drive off with a 20-yard touchdown pass to Austin Damron.

The Trojans went into the halftime break leading 36-20. After a scoreless third quarter, Lovett snuck into the end zone for a touchdown making it 42-20 with 6:30 to go in the game.

West Columbus did score one more touchdown, but it was too little too late as the Trojans would walk off the field victorious.

While he didn’t get into the end zone, another impressive performance Friday night came from Colby Thorndyke. The senior running back ran 74 yards on 17 carries and added 34 yards receiving on the night, too.

The Trojans are now 2-1 and looking forward to playing consistently after being in quarantine for 28 days this season.

“That’s been hard,” Price said. “We’re looking forward to playing one more week and nothing happening to keep us from playing.”

Trojans and Flashes kickoff at 7:30 p.m.