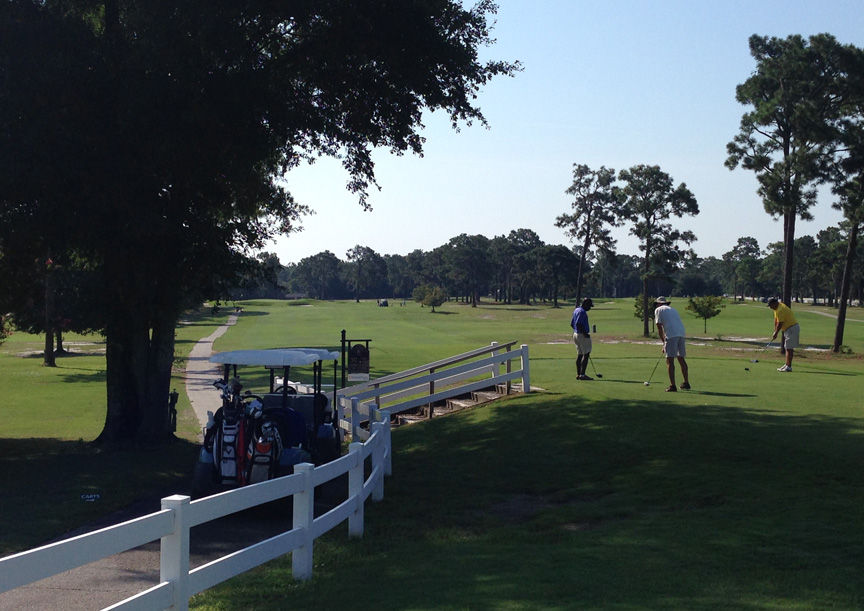 Golfers prepare to tee off No. 10 at Wilmington Municipal Golf Course on Saturday, Aug. 22, 2015. 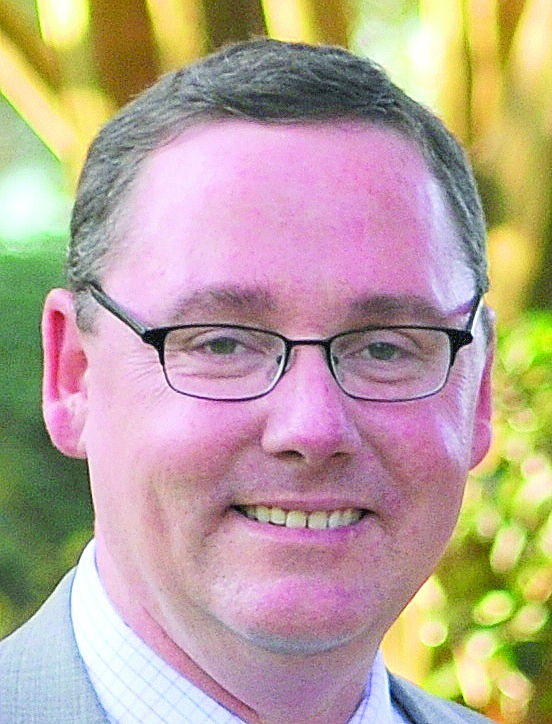 Seconds after striking what should’ve been a routine pitching wedge, my bladed approach from 135 yards skimmed the slightly browned fairway grass, slamming into the bank of the greenside bunker before trickling back into the fine white sand.

My subsequent explosion shot settled six feet from the cup. But with my hands trembling beyond control, the par putt had little chance of falling on the crispy, tabletop greens at Wilmington Municipal Golf Course.

It was a dissatisfying start to say the least, setting the tone for an equally dissatisfying 80-85—165 finish in the Wilmington City Amateur that was contested Aug. 22-23.

How I played, however, was not as important as what I learned through the experience.

It’s been more than a year since I’ve competed in stroke play competition and forgot how hard it was.

All summer long I’ve been diligently practicing my short game and squeezing in two rounds a week. Carding 74s every Saturday at World Tour is a lot different than teeing up in medal play conditions, where everything counts.

No gimmies. No equitable stroke control. If you make 10, that’s what you pencil on your card, painful as it sounds. Just ask John Daly.

All of a sudden those two-footers we mindlessly swat into the cup with our buddies turn into a major ordeal. Drives creep into the rough. Flier lies send our iron shots ricocheting over the green. Bogey begins to feel like par.

Looking back I find myself craving competition even more. Holes that seemed daunting beyond measure no longer intimidate me. The butterflies have stopped flapping. I want another crack at “The Muni,” as locals call the course.

I signed up for the two-day event not knowing that it coincided with the Coastal Open, which was held at the Hackler Club at Coastal Carolina. It’s hard to say whether things would’ve turned out differently closer to home.

I am much more familiar with the Hackler Course, though it does resemble the Donald Ross-designed Wilmington Municipal in that the fairways are fairly wide. Both are about the same length, checking in at around 6,800 yards from the tips.

The competition was equally as stiff in Wilmington as it is here at the beach.

The winner in Wilmington shot a 1-over par 143 on the par 72 course, which was actually quite high given that the winner is typically 3- to 4-under.

Much of the higher scoring had to do with the restoration of Wilmington Municipal. It reopened earlier this year, with many of the greens completely rebuilt. New greens usually mean firm greens, and that was surely the case last weekend.

Anything less than a perfect shot bounced off the green. You couldn’t play bump and run golf either because of all the severe false fronts and soggy collection areas.

The greens themselves were pushing 12 on the Stimpmeter. Anything less than a perfect putt spun out of the cup.

In spite of these challenges (and failing to break 80 both days), there were moments where I felt like I was truly competing.

On Saturday, I settled down on the home nine, making birdie on my 16th hole and giving myself a shot at a 78 until an unlucky cart path bounce turned a potential birdie into a stinging bogey. And on Sunday, after all hope seemed lost, somehow I settled down on the back, making two birdies to go 47-38.

Remember that bogey on the final hole Saturday? This time I birdied it. I couldn’t help but pump my fist like Jordan Spieth or Rory McIlroy.

The birdie didn’t count for anything official, but considering the moment and that the leaders were holing out on the adjacent par 4 18th, closing with a birdie after my front nine meltdown was a major victory.

In a strange way, making birdie to shoot 85 was more gratifying than making bogey to card 80 the day before.

Much of the credit for not giving up goes to my brother, Tommy. Two weeks after a major back injury, he was out there caddying for me—his request. He kept me grounded mentally and has a real knack for reading greens. He was a tremendous asset and an inspiration.

Over the weekend, I heard competitors grumble about pace of play. Others growled that the greens were virtually unplayable.

Was play slow? Yup. Were the greens rock hard? You bet. Will I compete again next year? Absolutely!