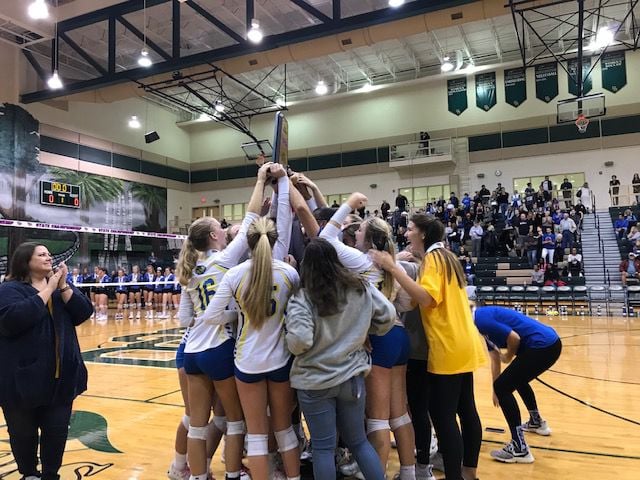 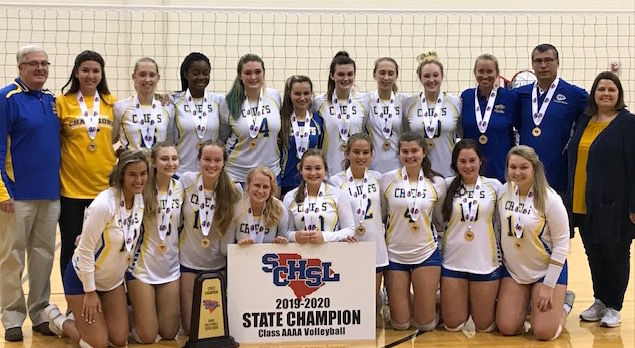 COLUMBIA - A season ago, North Myrtle Beach made what might be considered an unlikely run in winning the Class 4A state volleyball championship. The Chiefs only had two seniors and were playing an experienced Pickens team that had been on that stage before.

The roles were reversed this year, but the results were the same.

North Myrtle Beach brought a senior-laden team to Columbia and swept Pickens, winning by scores of 25-16, 25-23 and 25-19. For the nine seniors who put on the Chiefs uniform for the final time, this one was extra special.

“We’ve played together for the last six years,” senior setter Raegan Matney said. “We started in rec ball and we’re all like sisters. We do everything together. We hang out outside of volleyball, we’re together almost every day, so it’s going to be hard when we go to college.”

“It’s bittersweet, but a moment I will never forget.”

North Myrtle Beach coach Alex Sing knew his team was the favorite coming into the season and thought they played their best volleyball of the season down the stretch.

“We knew we had a good team,” he said. “We had a bunch of players back from last year. They got in the gym and started working hard. This year’s team found their identity towards the end of the season. We were playing some of our best volleyball. So we knew we had a shot.”

The fact he had so much experience returning was a plus, but Sing felt they had to put the success of last year behind them and focus on making this team just as special. He formed a tough schedule, one that included playing Lexington and Nation Ford, the two participants in the Class 5A finals, five times during the season.

“All year long, we tried to make sure this team had its own identity and not live off what happened last year. We focused on the moment for this year. We played one of the toughest schedules in the state. We knew we would be prepared for whatever came our way. We were more than ready for tough competition.”

Pickens (28-6) graduated eight seniors last season and came in with a much more inexperienced team than what played last year in the four-set loss to North Myrtle Beach (33-10).

The Chiefs took full advantage of that. They dominated both the first and third sets. The second set was back-and-forth, but thanks to the play of that core of nine seniors, they were able to pull it out.

“Pickens was hungry and wanted to give us a good game, but after we got by that second set we kind of relaxed a little bit and put it away,” Sing said. “They were a different team this year. We really couldn’t prepare from what we saw last year. We started fresh and looked at them as another opponent. We knew it was going to be a battle and it was.”

Pickens coach Rikki Owens thought the two biggest differences ended up being the experience factor and her young team making mistakes that the Chiefs took advantage of.

“We have young athletes and made it back this far," Owens said. "That’s exciting. But I thought experience played a factor today. The other thing that happened is they kept the ball in play, and we made the mistakes.”