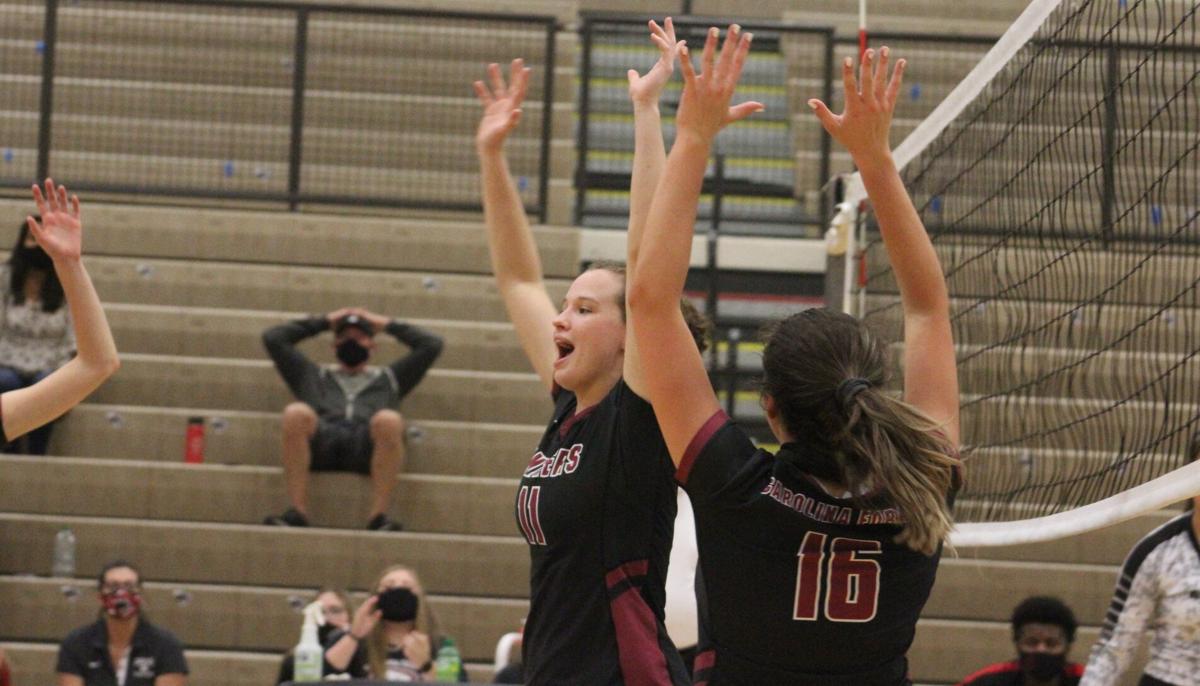 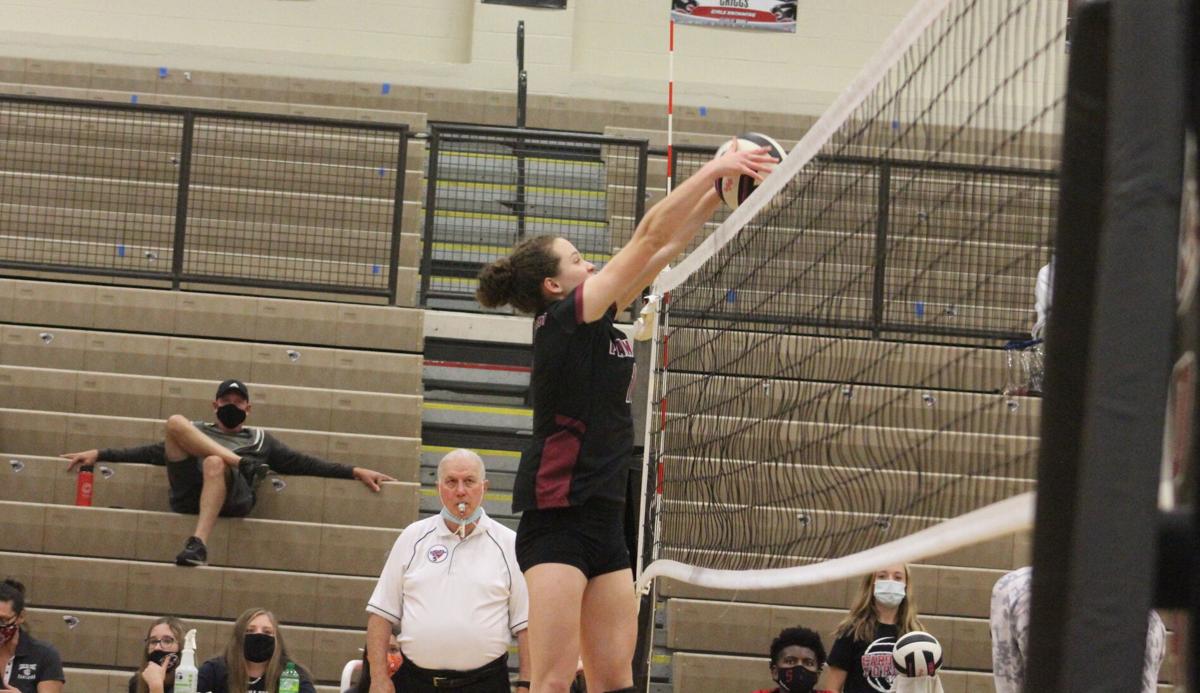 Carolina Forest cruised past Stratford in straight sets Tuesday night to advance in the 5A volleyball playoffs. 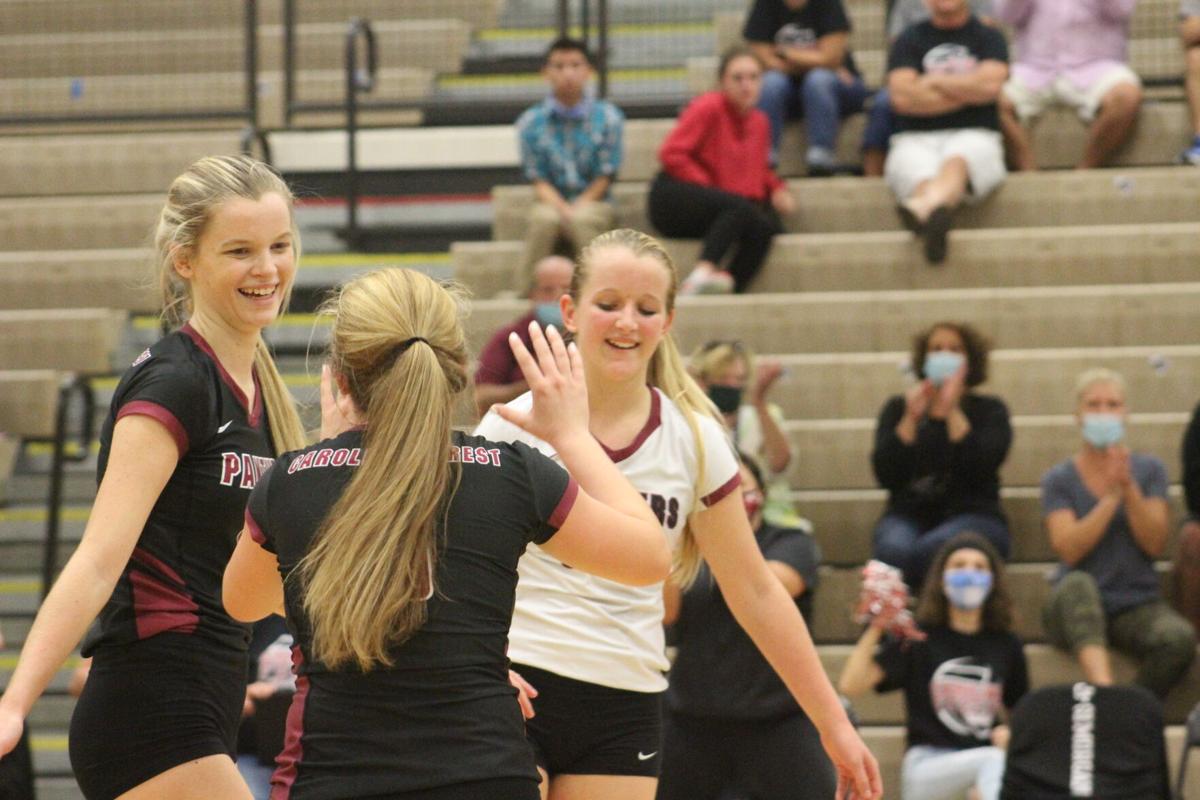 Connor Cooper wondered how his volleyball team would look after not playing a match in nearly three weeks.

The Panthers quickly eased his concerns. Carolina Forest kept its undefeated record intact by sweeping Stratford 25-13, 25-17 and 25-12 Tuesday night in the opening round of the 5A playoffs.

“It’s tough going from playing four days a week to not playing for two weeks straight,” the third-year coach said. “So I was a little nervous coming in, but the girls were hungry. They wanted to play very desperately. Obviously they showed that tonight.”

The Knights never seemed to threaten the Panthers, who established early leads in each set and cruised. That’s not unusual for a team that has dropped just two sets this season.

Still, the gap between the end of the regular season — the Panthers' last match was Oct. 8 — and the playoffs had even the athletes unsure how they would respond.

“Naturally we’re going to be nervous because we took three weeks off,” said senior co-captain Fallon Tomlin. “I’m not going to lie. [At] our practices, we had lost that momentum, that energy that kept us winning. But you know, once we stepped out on the court today, we knew this is what we had to do. We have to win this game because we’re looking for that ring.”

Shortened because of COVID-19, the volleyball playoffs guaranteed spots for just the top two teams from each region. As a No. 1 seed, Carolina Forest (14-0) will host River Bluff on Thursday at 6 p.m. If the Panthers win, they will host the lower state championship on Nov. 3.

Cooper said his team thrives off a high-energy style of play, and he hopes that continues as the Panthers move deeper into the postseason.

“We are just creating a positive environment,” he said. “We’re just building each other up constantly and communicating effectively and just clicking as a team.”

Conway, the only other 5A team from Horry County to reach the playoffs, fell on the road at Wando Tuesday night. The Tigers, a No. 2 seed, lost 3-1.

Connor Cooper sees learning opportunities in failures. At some point, that will mean his Car…