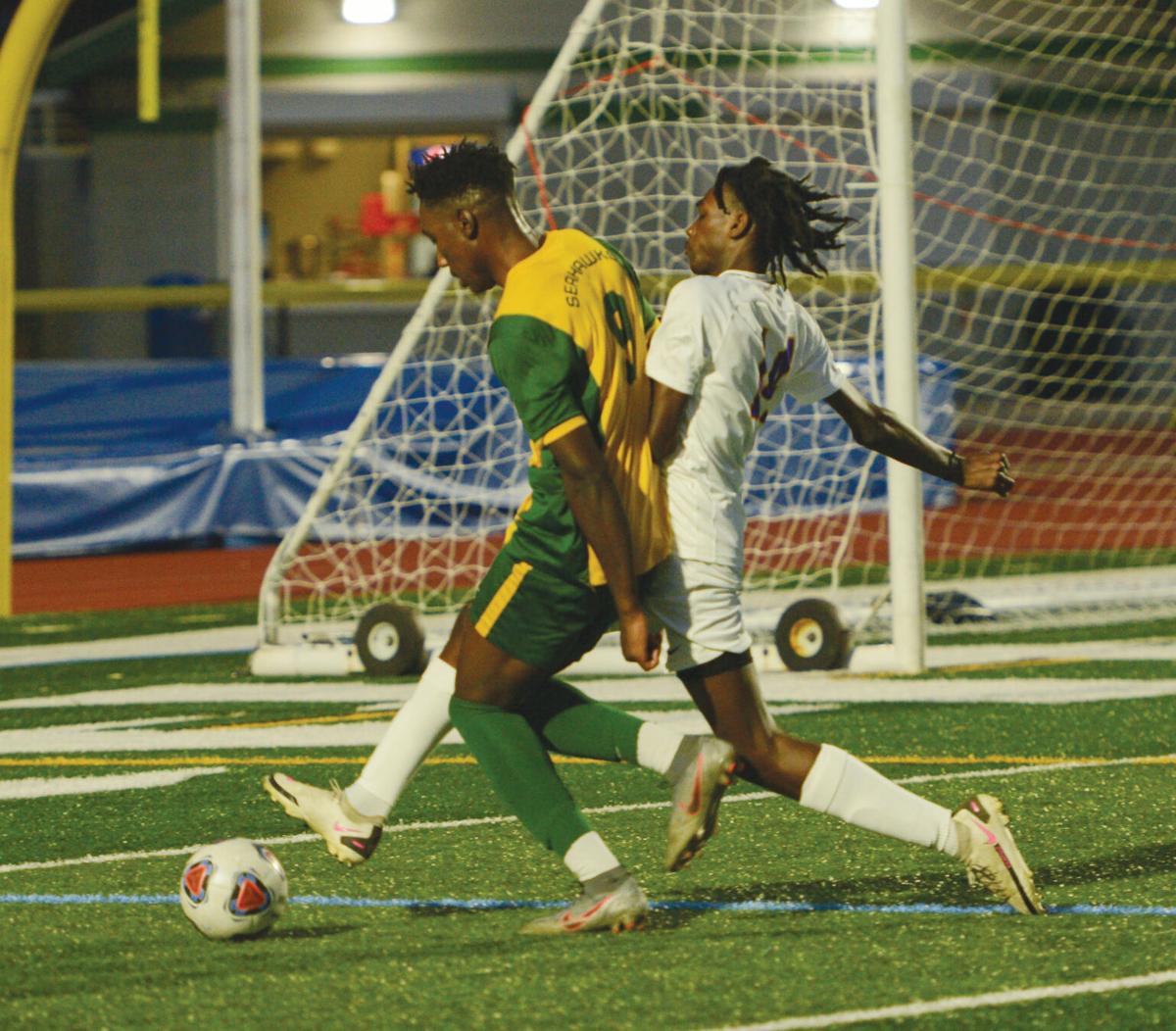 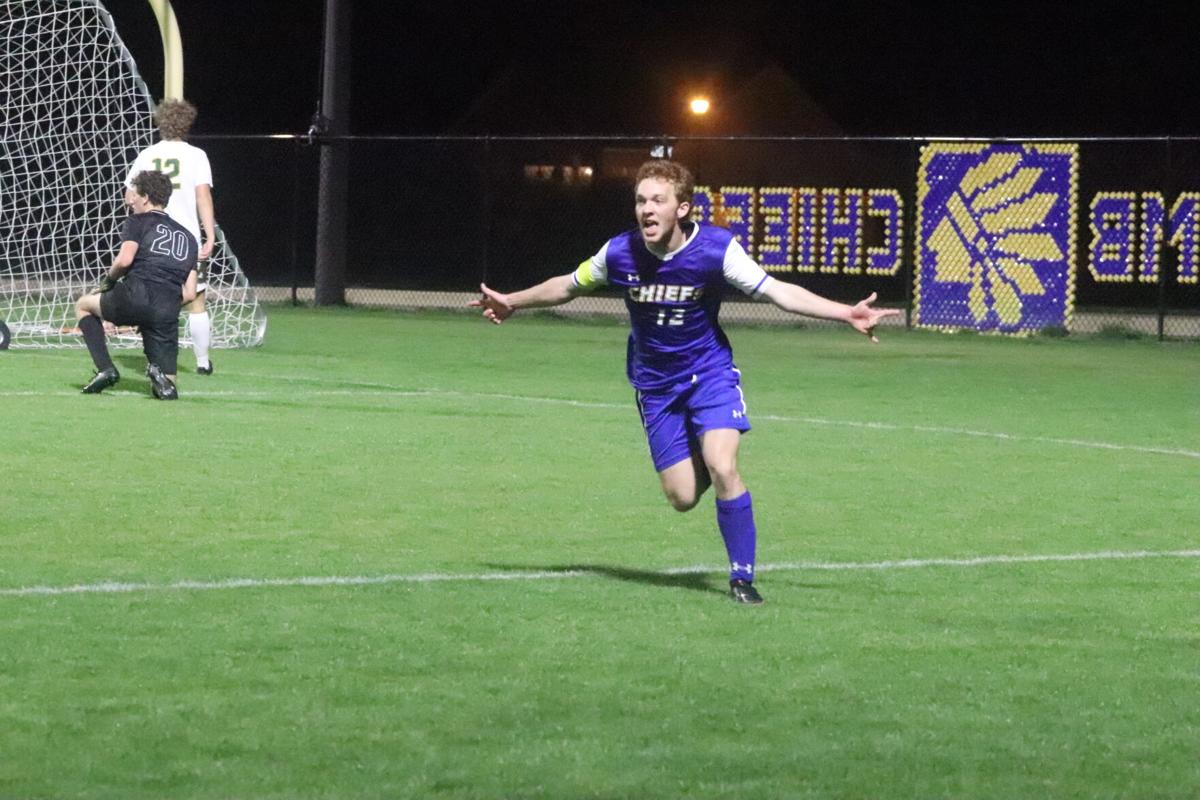 More than bragging rights will be on the line when Myrtle Beach and North Myrtle Beach take the pitch this week in a pair of games that will decide the Region VI-4A title.

Both teams are undefeated. North Myrtle hasn’t lost a game since the final game of the 2019 regular season and is currently on a 20-game winning streak.

It’s been a decade of dominance for the Myrtle Beach Seahawks boys soccer team over their rivals from the North Strand.

Since 2011, the Seahawks have won 19 straight games over the Chiefs, with nine of those wins being shutouts. The last time the Seahawks dropped a game to North Myrtle Beach was in a 1-0 defeat on May 6, 2010.

It’s come a long way from when Himmelsbach played for the Seahawks in high school.

“North Myrtle Beach used to put the smackdown on us,” Himmelsbach recalled.

The past is the past, though.

“With me being on the team all four years, I know how they’ve been on us and just looked down on us for all four years,” Chiefs team captain and senior forward Tanner Williams said. “We need to change their mind this year and shut them up for once.”

This season, North Myrtle Beach is on a tear. At 14-0, they have one of the most prolific offenses in the region. The Chiefs’ 74 goals this spring have come from 13 players. Williams leads the way for the Chiefs with 25 goals.

“We are not a selfish team,” Williams said. “We’re a good team. We play for each other.”

That togetherness can certainly be seen on the pitch after every goal. In a 4-2 win over West Florence on Apr. 13, Chiefs defender Jay Langeneck scored his first goal of the season after he launched a ball from midfield and a mistake by the West Florence goalkeeper saw the ball creep into the back of the net.

He was mobbed by his teammates as the celebration made it all the way into the crowd.

“We encourage that,” North Myrtle Beach assistant coach Kyle Kane said. “When you celebrate a goal, you celebrate as a team. It’s a team goal. We want our guys to celebrate, even the guys on the bench. That’s how we approach the game.”

The goals might not come so easy when the Chiefs take to the field against Myrtle Beach on Tuesday. The Seahawks have the stingiest defense in the region, allowing just five goals this season.

Senior defender Sullivan Hardin believes in sticking with a game plan that has worked all season.

“We’re just going to go out there and play soccer,” he said. “Take it like every other game, nothing special.”

North Myrtle Beach has had just under two weeks to prepare for the Seahawks while their rivals played three games in four days last week. Despite the closeness of the games, the Seahawks walked away with three wins, outscoring their opponents 21-3. For Hardin, the approach doesn’t change with the opponent.

“We don’t really worry about scores,” he said. “Yeah, they’re doing good, but they’re just another team in our way of achieving our ultimate goal.”

That goal for Hardin and the Seahawks? A state title.

The Chiefs have that same goal. And with facing tough opponents such as West Florence and Myrtle Beach in the final weeks of the season, victories can breed confidence for a postseason run.

“We mapped out our schedule early on and we knew these three weeks were going to be our season,” Kane said. “It’s like building up to the NCAA Tournament. You start winning games, you go on to win your conference tournament. One of our goals is No. 1 region seed because it’s hard to travel two to three hours, get off the bus and play. We wanted this pitch to be our home advantage.”

With more than homefield advantage on the line, Williams alluded to the doozy of a game that will take place on the final week of April.

“You’ll find out who’s on top after that week,” Williams said.