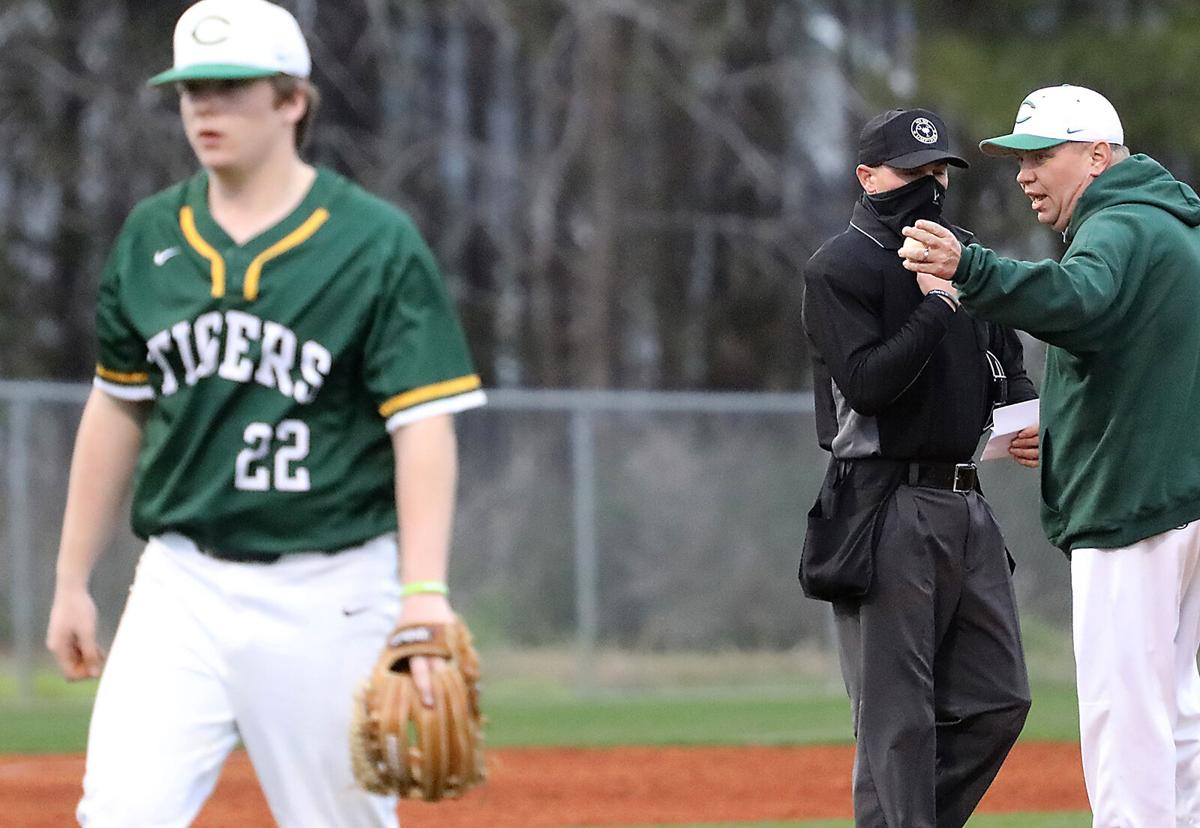 The Conway’s Brandon Eldridge is taken out of the game as coach Anthony Carroll and an official have words about strike zones during a game in May. St. James won 11-1. Photo by Janet Morgan/janet.morgan@myhorrynews.com 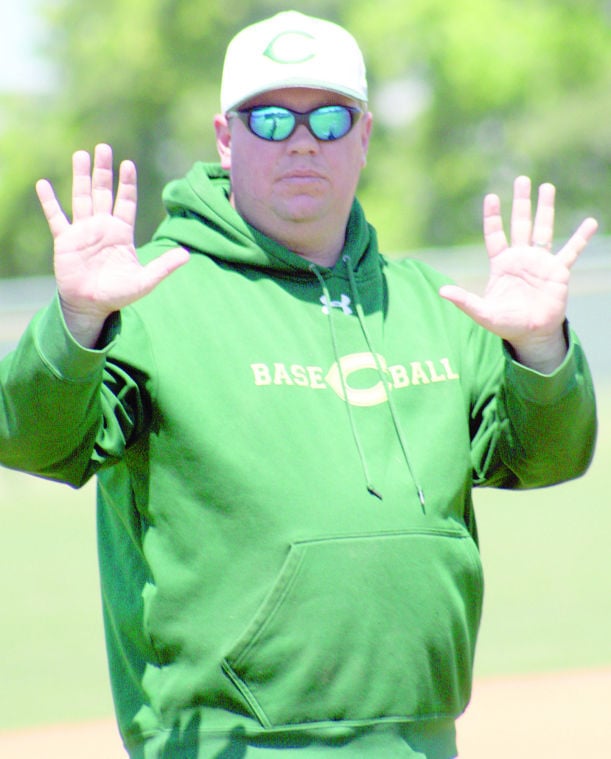 Conway baseball coach Anthony Carroll signals to his team during a game in 2012.

The Conway’s Brandon Eldridge is taken out of the game as coach Anthony Carroll and an official have words about strike zones during a game in May. St. James won 11-1. Photo by Janet Morgan/janet.morgan@myhorrynews.com

Conway baseball coach Anthony Carroll signals to his team during a game in 2012.

To be in charge of the Conway athletics department. To take everything he loves about his alma mater and build a dynasty.

To win — in every sport.

With his third try, the longtime Tigers baseball coach can finally call himself Conway’s athletics director after he was approved by Horry County Schools to take over the department.

“I knew that the time wasn’t right then. I think everything worked out for a reason,” said Carroll, who applied for the same job in 2015 and then again in 2019. I think it would have been a tough gig. [Jason] Cox was so good to me and helped me prepare for this opportunity. But I do think the time is right now.”

Carroll will step into the absence left by Cox, who was promoted to the district office, where he'll serve as the countywide athletics director.

In his place, Conway certainly kept it in the family.

Carroll, a 1994 graduate, has been coaching at the school since his freshman year of college at Coastal Carolina. The head varsity baseball coach since 2003, he's also been an assistant athletics director for the past three years. He has taught in the school’s special education department since 2002.

Aside from his one year teaching at Lake View Middle, the closest he’s been to working outside of Conway High School is two stints coaching in the North-South All-Star baseball games in 2010 and 2017.

Conway High Principal Tanika McKissick could not immediately be reached for comment. However, she’s previously told MyHorryNews.com that she wanted someone who could bring success back to its athletics programs.

Carroll’s lengthy stint as the school’s baseball coach has produced plenty of that.

In 2008, when the Tigers finished as the Class 4A runner up, he was honored as the statewide coach of the year by coaches organizations and media outlets. His teams have qualified for the playoffs 13 times, with some 50 or so of his players moving on to play college and/or professional baseball.

None of them were as notable as Grant Holmes, a 2014 first-round draft pick directly out of Conway. During Holmes’ senior season, Carroll was responsible for coordinating scouts' visits and updating those who couldn’t make it to whatever school Holmes was pitching at that week.

Two years later, Carroll was named as an assistant athletics director, working under Marion Shaw, who had stepped in following Chuck Jordan’s resignation from that position.

Carroll latched on to Shaw and then Cox, who was hired for the job in 2019 before getting his promotion in June.

This time around, the pool was slightly smaller (35 certified candidates). Some of that could be attributed to a shorter application window and the fact that it happened so late in the school year, when some out-of-area candidates were already locked into jobs in their own districts.

Regardless, Carroll’s name was always on the short list. He interviewed last week.

He will be one of three new school athletics directors in the county, joining North Myrtle Bach’s Tony Heilbronn and Josh Vinson at Socastee. Carroll will share some of the same concerns, although it appears the district is heading toward appeasing the entire area with eight additional synthetic turf playing surfaces for the shared-use outdoor venues.

With that coming to fruition, Conway’s fourth athletics director since the early 1980s will be able to focus more on the personalities that could drive the Tigers to new heights across the board.

“Our fall sports start in 12 days. I want to get in there and meet with our coaches and meet with Dr. McKissick and see how we can get these things rolling,” Carroll said. “I could not be more excited right now.”