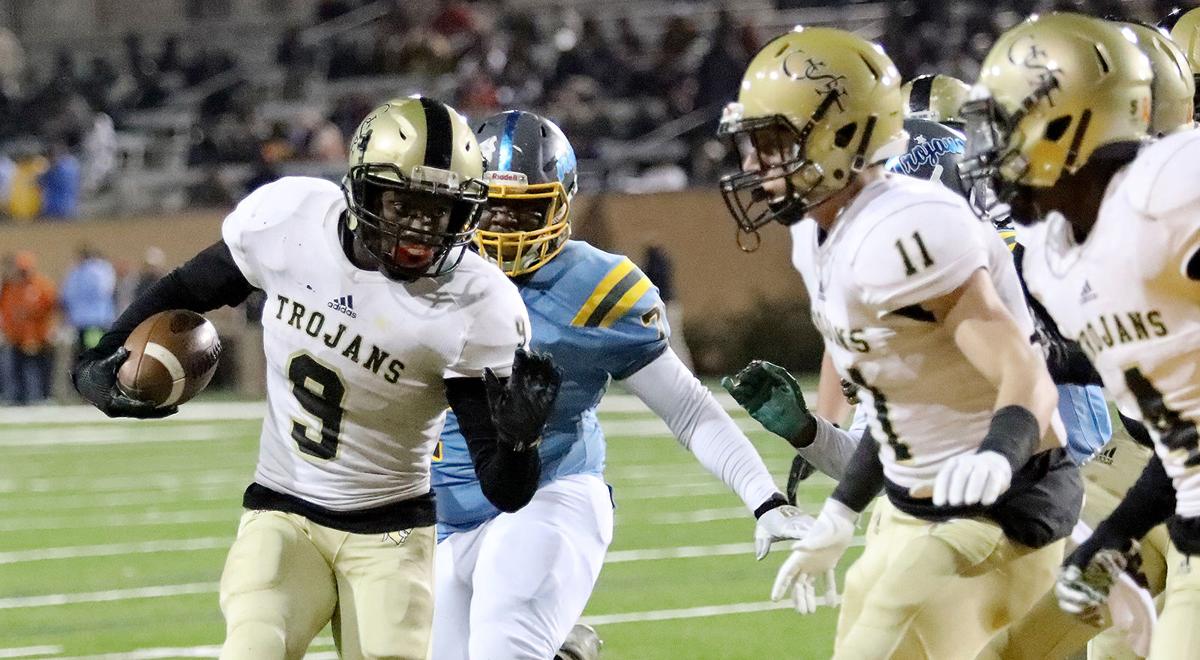 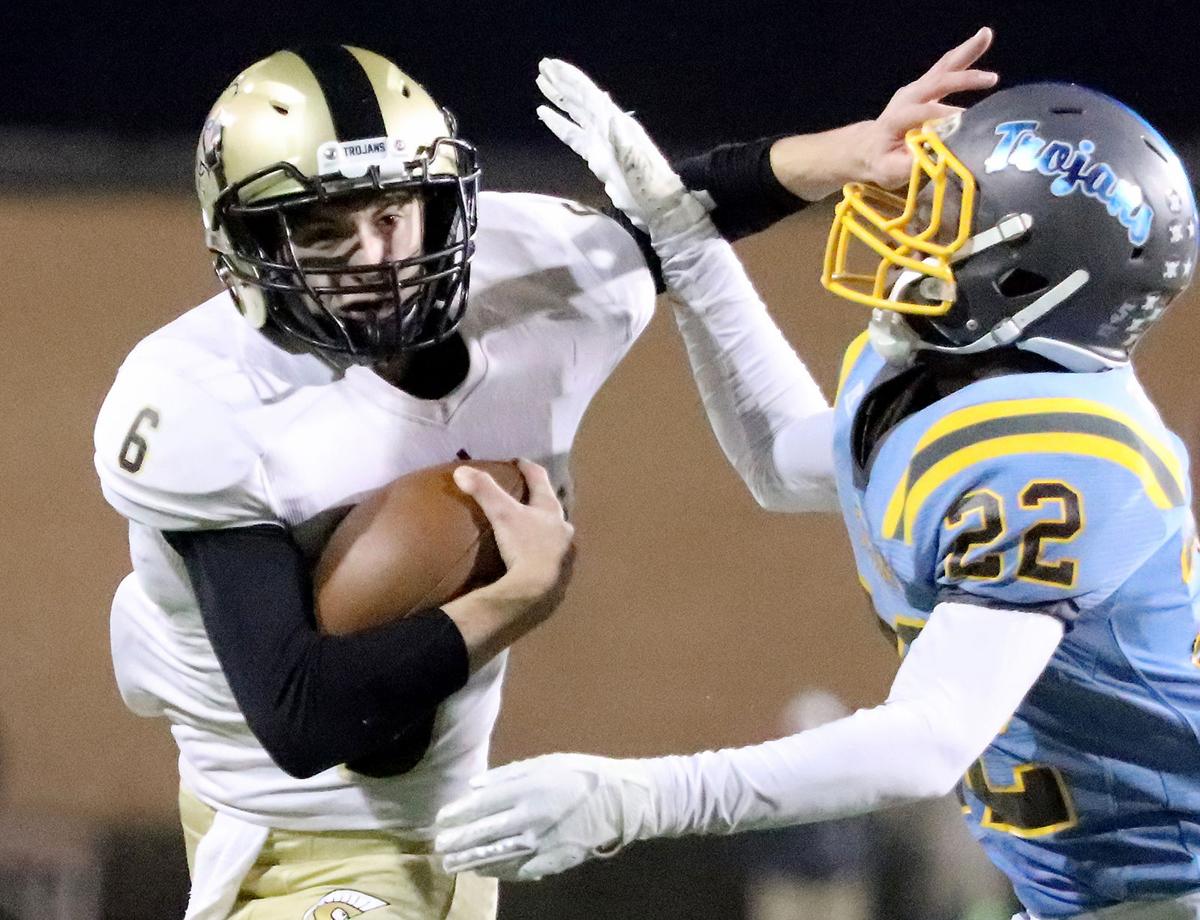 Why would the state championship be any different?

The two Green Sea Floyds backfield mates piled up 254 total rushing yards and five touchdowns en route to the Trojans’ 48-12 victory over Ridge Spring-Monetta in the Class A title game.

It was much like they had done several times before, not just this season, but dating back to their pee wee days.

“We have a good bond,” Elliott said. “We’ve been playing together since we were 7 and 8 [years old].”

Dixon ended the night with 132 yards and three touchdowns, while Elliott countered with 122 and two. It was evident early that this was the plan.

Immediately after last week’s lower state championship victory over Lake View, head coach Donnie Kiefer and offensive coordinator Brad Strickland toyed with the idea of trying out a bunch of new stuff against Ridge Spring-Monetta before changing their mind and going the other direction. Instead of expanding the playbook, they consolidated it. Green Sea Floyds attempted just three passes the entire game.

That equated to a whole bunch of Elliott and Dixon.

The two had 33 carries, not much of a shock given their previous production levels.

Kiefer dropped the “iron sharpens iron” analogy when asked about his dynamic duo.

“They love each other,” Kiefer said. “And they make each other better.”

KIEFER LIKES THE TASTE OF THIS

Kiefer spent 30 seasons as a head coach in North Carolina across nine different schools, crafting a reputation for someone who could build up just about any program from nothing.

He qualified for five state semifinals in those 30 years. But he never made the big game, and he certainly never won one. He now has two in the last 12 months at Green Sea Floyds

And it was supposed to have an audience.

Many of his former assistant coaches from past stops were on the sideline Friday night for the Class A title, and they all took turns celebrating with him after the fact.

“It mean a lot for those guys to be here,” he said.

IS THREE IN A ROW POSSIBLE?

Elliott, after his final high school football game, misspoke when he initially said that there was a dynasty for the underclassmen to live up to.

He corrected himself to say “legacy.”

A large crop of returning players will have every opportunity to prove his slip of the tongue wasn’t wrong.

Green Sea Floyds will bring back 28 players who were a part of the 2019 success. Among the more notable returnees will be Dixon, defensive backs Aaron Graham and Dan Johnson, linebacker A.J. Buffkin and a slew of offensive and defensive linemen.

It would be difficult to say the odds are in the Trojans’ favor — especially given what is believed to be a large Class A field for the 2020-2022 two-year window. Just the same, Kiefer’s cupboard won’t be bare, not by a long shot.

“I think we can [get back to the finals],” Kiefer said. “Numbers are good. A lot of kids want to be involved in the program.”

Is it a good plan to offer two to three additional sites for absentee voting this year?

Horry County election officials want to offer two to three additional sites for absentee voting this year. Traditionally, the only place to cast an absentee ballot in person has been the county elections office in Conway. Is this a good plan?