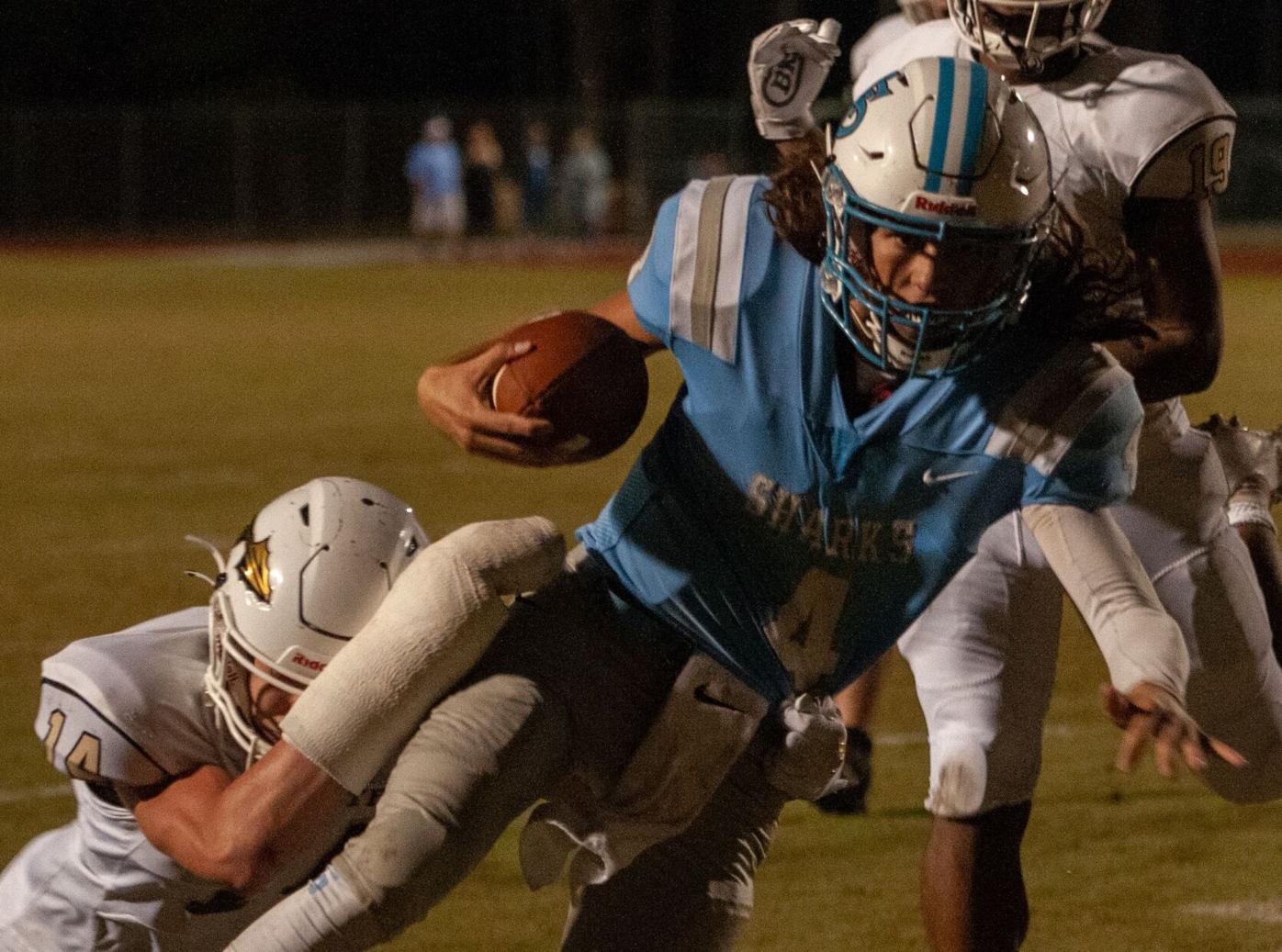 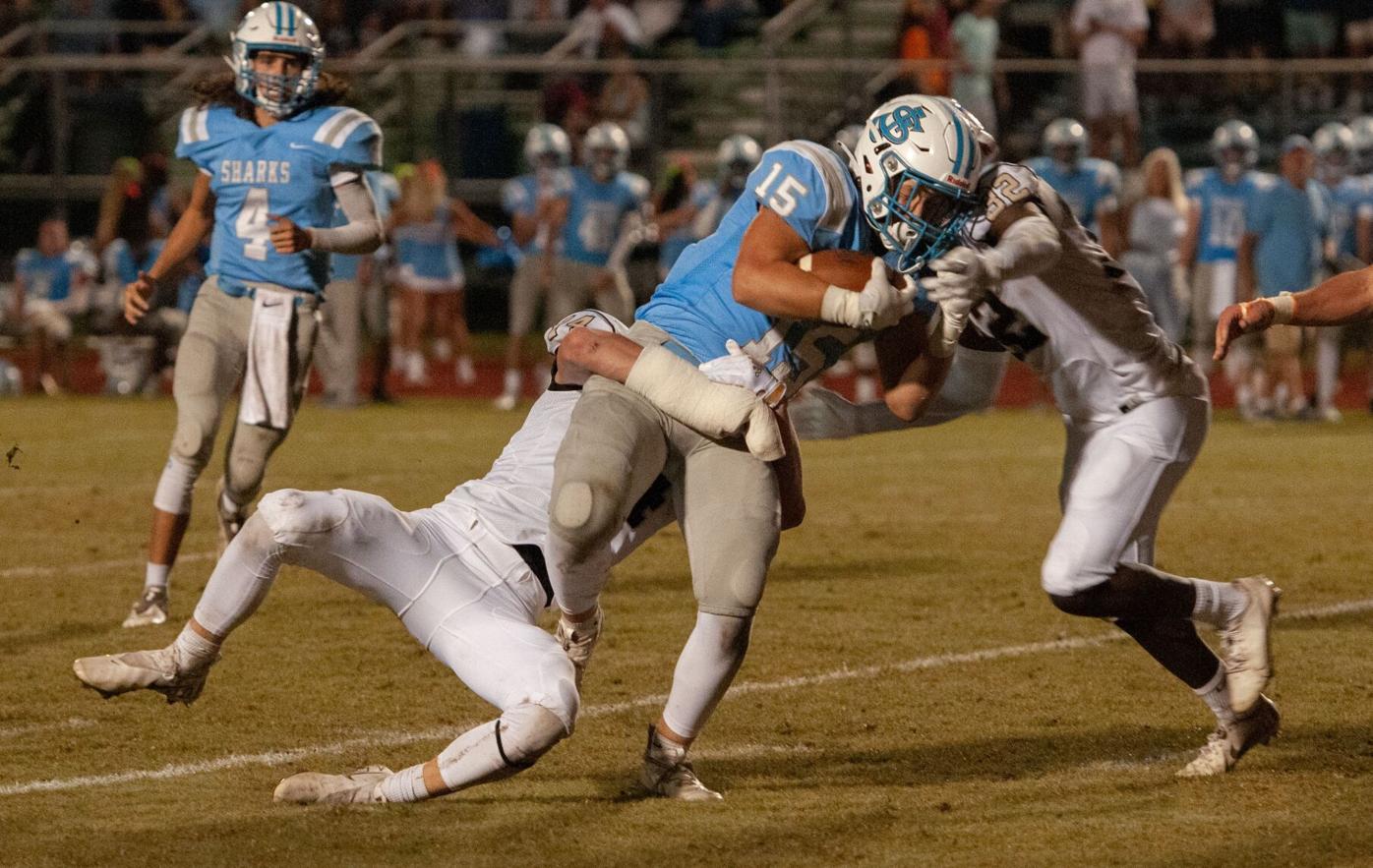 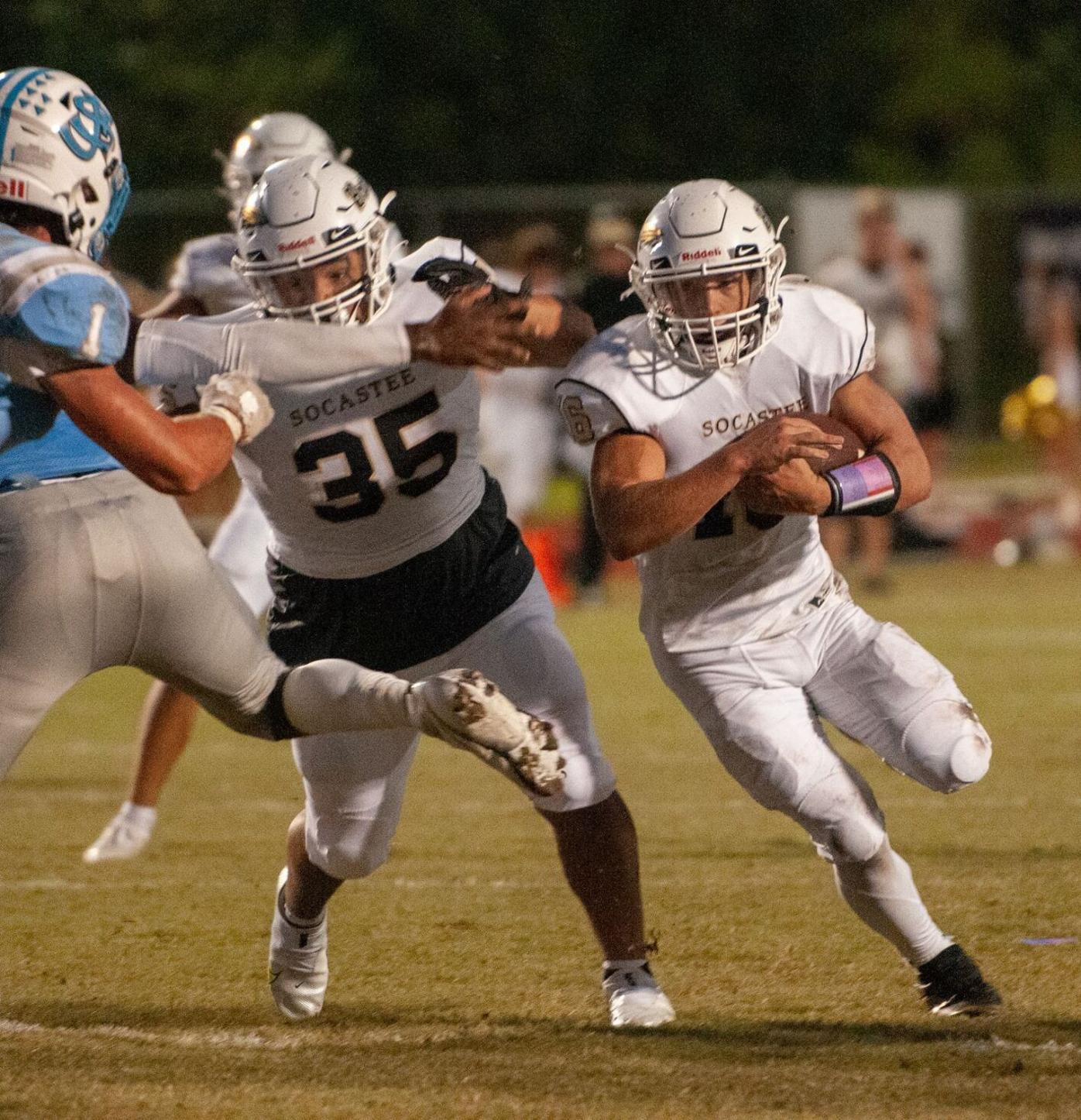 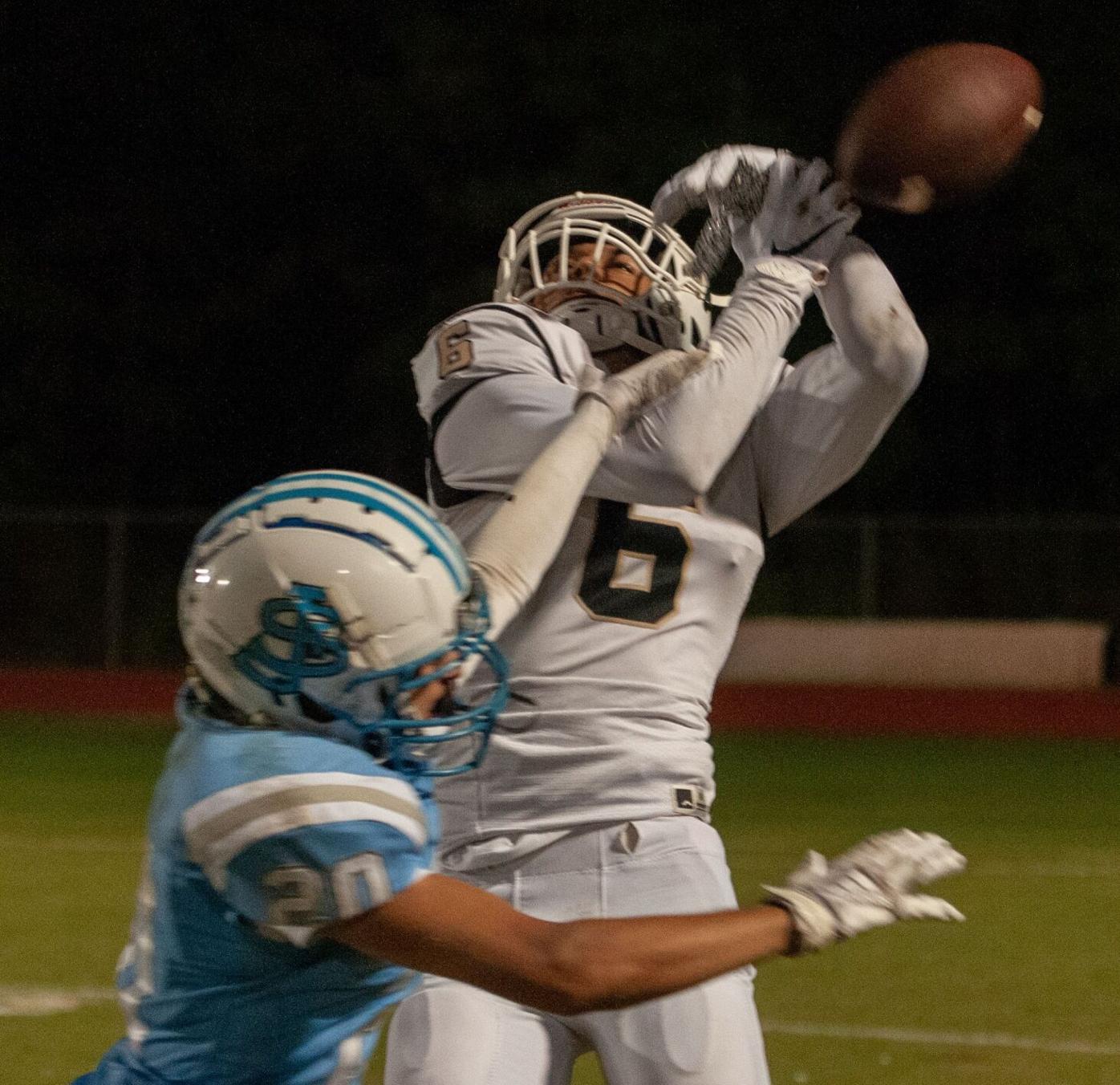 This was a high school football game that no one should have left early.

Because those who did missed St. James' fourth-quarter comeback that stunned rival Socastee 37-33.

“Nobody at half time would've thought we’d have came back and won the thing,” Sharks coach Tommy Norwood said. “Our kids wouldn’t quit. They kept on playing and they (Socastee) made enough mistakes to give us a chance and we took advantage of ’em.”

In the second half, however, the Sharks seemed to get their footing — even though the Braves were leading 33-7 early in the third quarter.

A run for a touchdown from inside the 5 yard line by the Sharks’ Anthony Watson trimmed the lead to 33-13, with the point after being good and tightening the margin to 33-14.

Another run, this one also for a touchdown by St. James’ running back Patrick Gallagher, trimmed Socastee’s lead to 33-21 early in the fourth quarter.

That’s when the St. James faithful, the partisan crowd at Shark Stadium, began to roar and cheer and stomp their feet wildly for their home team.  That loud support, along with eerie music from the movie "Jaws" played over the public address system, seemed to inspire the St. James players.

But nothing, as it turned out, would be easy. Things had to happen just right for St. James to make a comeback.

In the fourth quarter, following a pooch kick by the Sharks, the Braves would have the ball on their own 30 yard line.  But they would then fumble the ball and the Sharks recovered it on the Braves’ 39.

An incomplete pass and an encroachment call against the Braves led to a second down and 5 yards to go for the Sharks.

Fast forward to 7 minutes and 45 seconds left in the game: Gallagher of St. James carried the ball for a first down on the Braves 5 yard line.  From there, the Sharks’ stalwart running back Anthony Watson scampered in for a touchdown.

Adding to the sense of drama was the fact that late in the contest none of the spectators could tell how much time was left, as only the officials on the field were keeping track of the time.  (The scoreboard didn’t show the time).

When the public address announcer pointed out that only 4 minutes and 48 seconds remained, a Socastee fumble was recovered by St. James on the St. James 41-yard line.

St. James then completed a pass to 240-pound tight end Cam Tibbits, advancing the ball to deep into Braves territory.

It was first down St. James with very little time left to play.

But then Socastee intercepted a pass, giving them possession of the football on their own 1 yard line.

A few running plays later, and with the ball on the Socastee 9 with only 1 minute left to play, the Braves called a timeout. Then Socastee sent its punter in.

But the Braves punter didn’t kick the ball.  Instead, he ran around for a few seconds in his own end zone and then took a two-point safety.

With less than 45 seconds left, St. James had the ball on their own 42.

After the Sharks threw an incomplete pass to their big tight end Tibbits, St. James quarterback Joey McMenamin ran to the 21-yard line of the Braves. And from that point, McMenamin connected on a touchdown pass to the hero of the evening — 165-pound wide receiver Ben Sandt of the Sharks.

The point after was good, making the score, which would hold up for the last 19 seconds of the game, St. James 37, Socastee 33.

It was an unlikely result that no doubt lifted the spirits of  St. James head coach Norwood.  He had said at halftime, with his team trailing by more than two touchdowns,“We’ll just keep on plugging away.  Little by little, you never know what might happen.”

Contributing strong defensive performances for the Sharks were Clayton Walker, Markey Faulkner, and Eddie McMenamin, who separated the ball from a Braves runner in the second quarter.

After the game, defensive back McMenamin, who weighs 155 pounds, was asked how he musters so much force in his tackles.

And did McMenamin ever think the Sharks were out of this contest?

“Going into the locker room, some people had their doubts," he said. "But we just kept our heads up and we kept going."

Making strong plays for the Braves was quarterback Rocco Wojcik, who scrambled for first downs and connected on a pass to wide receiver Trae Grant for a touchdown. Grant also caught a touchdown pass from quarterback Stephen Greene.