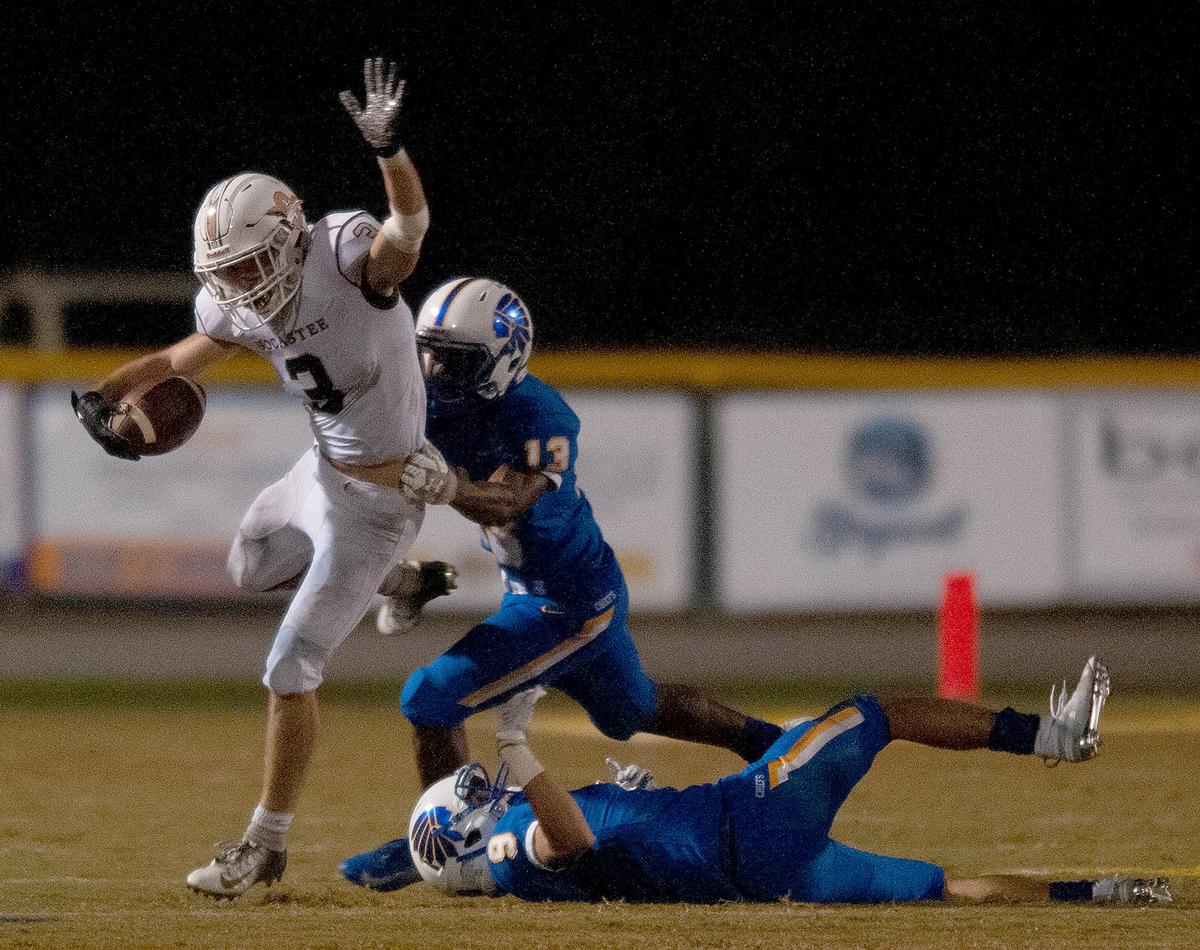 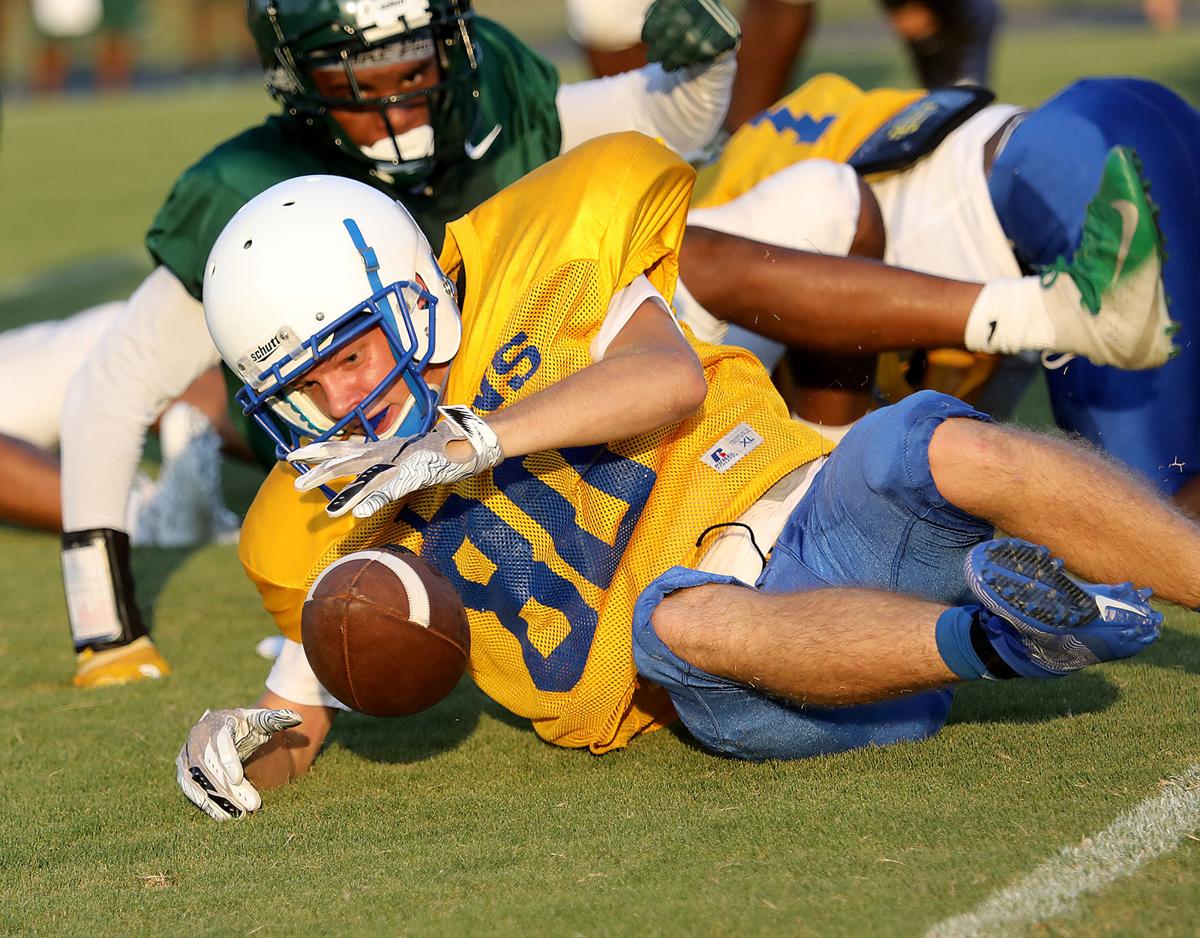 Loris High School Lions scoop up a fumble in a scrimmage with Myrtle Beach. Photo by Janet Morgan/janet.morgan@myhorrynews.com

Loris High School Lions scoop up a fumble in a scrimmage with Myrtle Beach. Photo by Janet Morgan/janet.morgan@myhorrynews.com

Socastee and Loris felt like they had to get this process right.

The two football programs have each suffered through five consecutive losing seasons, and morale was at anything but an all-time high. Now, the schools believe they have the coaches who can change all that.

According to multiple sources with knowledge of the impending hires, Socastee intends to present North Rowan (N.C.) head coach Ben Hampton’s name to the Horry County Board of Education for approval while Loris will do the same with longtime Richlands (Va.) head coach Greg Mance. Those names will be sent to board members during Monday evening’s regularly scheduled district meeting.

Hampton has not responded to messages from MyHorryNews.com. When reached this week, Mance refused comment. As of Wednesday, neither coach has publicly resigned from his current position, a common practice for out-of-state coaches.

Earlier this week, Loris Principal Richard Crumley and Socastee Principal Jeremy Rich referred any questions about their respective searches to the district. Horry County Schools spokeswoman Lisa Bourcier confirmed that both schools plan to finalize their hires at Monday’s meeting.

If all goes to plan, Loris will be getting a coach with a resume bolstered by a whole bunch of wins despite a tendency to play difficult schedules year after year. Since taking over the Blue Tornadoes in 1997, Mance has won 205 games, and during one stretch, his teams had 13 consecutive seasons of nine or more victories.

The 56-year-old coach was a starter for the Virginia Tech baseball team before getting into football coaching, first at the middle school and junior varsity levels — according to a story from from the Bristol (Va.) Herald Courier last fall. After taking over at Richlands, he rebuilt it into one of Southwest Virginia’s better programs.

He’d be replacing Jamie Snider, who was 55-47 in nine years after first taking the job on an interim basis in 2011. Snider was relieved of his duties in early November after the Lions went 1-9 and missed the playoffs.

Hampton, meanwhile, is no stranger to Horry County. He played at Coastal Carolina under David Bennett during some of the earliest years of the Chanticleers program. After college, he got into coaching and ended up as an assistant at North Rowan before being named the head coach in 2015. After a 5-7 inaugural season, the team has gone 37-14 since, winning at least eight games each season.

The Cavaliers have not missed the playoffs since he took over.

Hampton would replace Marty Jacobs, who was 1-8 last fall as the team’s interim head coach. Jacobs, already on staff as an assistant coach in other sports and previously a member of the football staff, stepped in for Doug Illing, who was 30-36 in the previous six years. Illing resigned in April, just days prior to the start of spring practice. Jacobs was informed during the fall that the school would advertise the opening and then conduct a full search.

Soon after, Loris needed to start one of its own.

As previously reported by MyHorryNews.com, Socastee and Loris conducted 17 initial interviews after getting 41 and 39 official applicants, respectively. The matching interview figures were not coincidental. In both cases, the two principals had near-mirror parameters that applicants must have met to be considered.

Up to 10 men who received an initial interview at Socastee also interviewed at Loris. Each of them, as well as those who only interviewed at one of the locations, was subjected to a selection committee that included the schools’ athletics directors and various employees in and outside of the athletics department.

The schools cut their lists from there, conducting secondary meetings with candidates last week.

Horry County Schools has yet to respond to a Freedom of Information Act request seeking the names of the final applicants under consideration. In recent searches, the district has failed to do so until after a hire is approved. Bourcier indicated that would be the case this time around, too.

However, confirmed initial or later-stages interviews included: multiple head coaches from out-of-state, some with nearly 30 years of teaching and coaching experience; at least one high-level coordinator from within Horry County; multiple current assistants at Socastee and Loris; a current South Carolina Class 2A head coach; a current South Carolina assistant from a Class 3A school who has a specialty in the weight room; a former in-state head coach at a Class 5A school now serving as a coordinator elsewhere.

It is unknown whom the district will identify as the three final candidates following Monday’s board meeting. Protocol states each principal submit a prioritized and ordered list that includes only the top two choices.

Regardless, it appears the next two Horry County football coaches will follow suit in a trend that has been building over the last seven years — hiring out-of-state applicants.