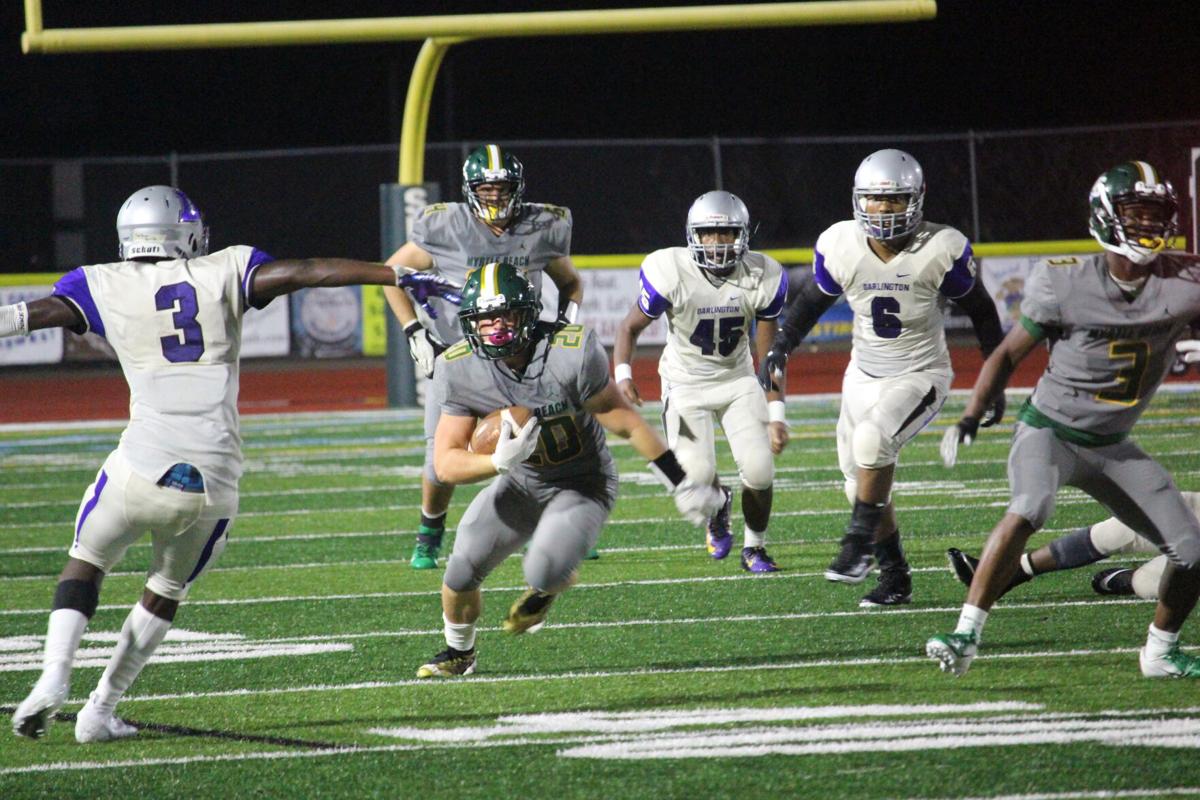 Andrew Doss runs with the ball during Myrtle Beach High School's home game against Darlington on Friday, Sept. 25. The game was the Seahawks' first matchup of the season. 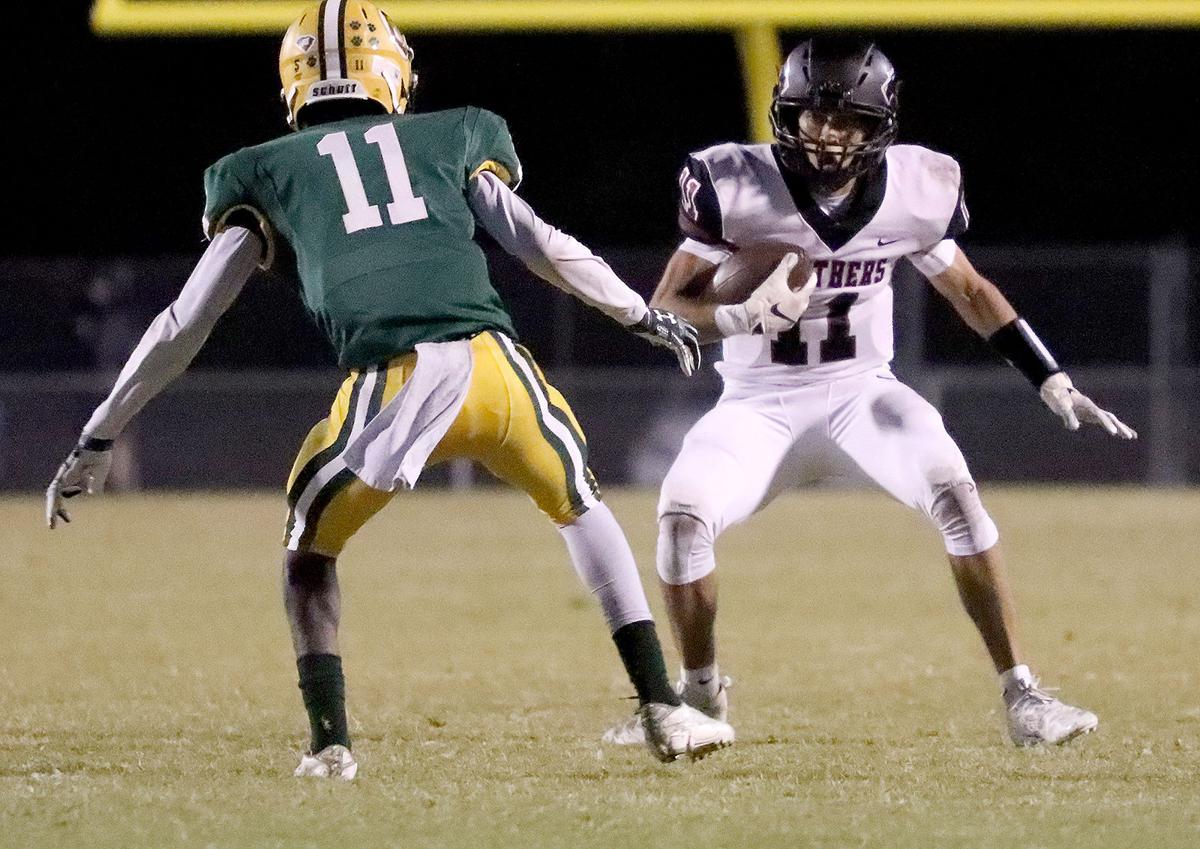 Carolina Forest's Kyle Watkins fakes out Conway's Jabravion Woodward in the 42-13 win over Conway in 2019. Carolina Forest finished first in the region, the first time in school history, and Conway finished second. Photo by Janet Morgan/janet.morgan@myhorrynews.com 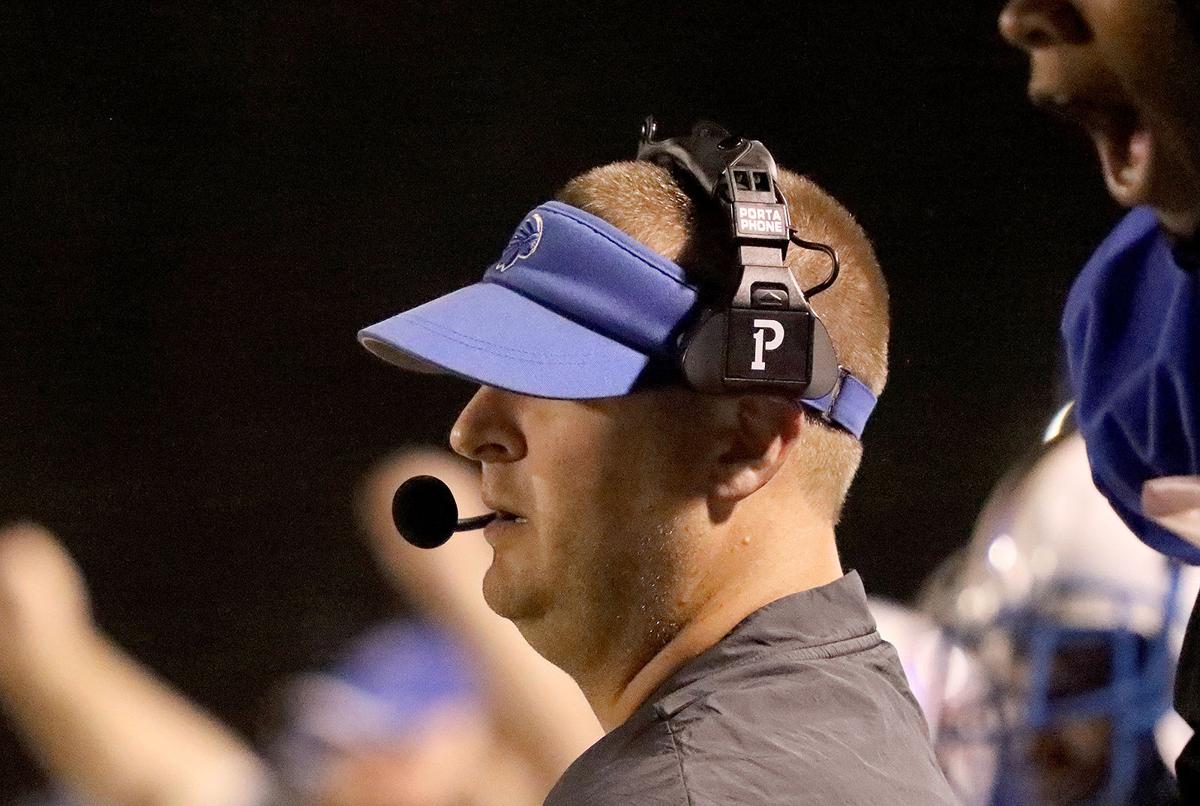 North Myrtle Beach's Matt Reel keeps his cool as the sidelines erupt in a turnover during the game with Wilson in 2019. Wilson defeated North Myrtle 43-21 in that contest, but the Chiefs got revenge in 2020 with a 38-7 rout of Wilson. Photo by Janet Morgan/janet.morgan@myhorrynews.com

By the time Myrtle Beach got done dismantling Darlington on Friday night in the season opener, another result was shaking up the feel of what is generally considered the toughest football region in Class 4A, if not the entire state.

North Myrtle Beach’s 40-21 victory at Hartsville upended the media rankings, as the ninth-ranked Chiefs took down the third-ranked Red Foxes.

That kind of chaos has been the norm in this region for years, and it won’t stop, likely even after the playoffs begin.

“You’ve got to get your guys to understand that the only thing that matters is the next game. The teams who understand that win a lot of games,” North Myrtle Beach coach Matt Reel said. “That was our message Friday night. I told the kids to enjoy it; they’d never done it [beat Hartsville] before. I told them to enjoy it. But Saturday morning, it was back to work.”

That’s because this week’s opponent will be one of two of the region newcomers who dropped down from Class 5A. South Florence took one on the chin against Carolina Forest last week, but the Bruins have no intentions of making it easy for the old-timers of the Region VI-4A bunch.

We already saw that in Week 1 with West Florence, the other first-year region member. The Knights dominated Wilson — which was another Top-10 squad in the preseason polls.

And to think, it’s only been one week.

As Myrtle Beach coach Mickey Wilson said after his team’s win, the “hyper speed” of starting with region play impacts the season like never before. There is no wiggle room. And if any of the teams are restricted by quarantines or other issues related to the COVID-19 pandemic, it could be further magnified.

Only the top two teams in the grouping are guaranteed of making the abbreviated playoffs. However, if history tells us anything, it’s that the next team out from Region VI-4A is going to be well positioned to make it, too, via one (if not two) of the at-large bids for the lower state squads.

For the time being, as many as four teams will likely be among the Top 10 teams in the class as early as Tuesday, when the new rankings come out. Assuming Hartsville doesn’t drop from the mix entirely, West (receiving votes last week) could enter the Class 4A poll, taking Wilson’s spot.

This should be good. Again.

A DEBUT WORTH RE-SHARING

Marc Morris has gotten some pretty solid production out of his quarterbacks since he took over at Carolina Forest prior to the 2014 season. He took Will Brunson’s big-time arm and meshed it with more running.

Then it was Matt Beale, the three-year starter who was a seemingly perfect fit for the next phase. Mason Garcia’s frame and cannon brought the attention of NCAA Division-I college coaches, and the Panthers made it all the way to the state semifinals last year.

Now, Kyle Watkins is making the most of his chance to shine at the position.

Watkins, a two-year starter at receiver, made the switch to quarterback and put up the best debut of any QB in the Morris era. Against South Florence on Friday, Watkins rushed for 204 yards and four touchdowns while throwing for another 57 yards and a score. The total yards and scoring contributions eclipsed Beale’s from 2015 (201, three touchdowns) and Garcia’s from 2018 (163, three touchdowns).

One main difference, of course, is that Watkins is a senior. Beale was a sophomore when he took over the job and Garcia was a junior (both had taken a few snaps prior). But the common denominator between all three is that their athleticism fit the mold of what Morris is constantly seeking: A diverse player in the position capable of throwing and running as the week-to-week needs arise.

Watkins is no stranger to competition. He is also the starting point guard for the school’s basketball team. Nor is he a stranger to the football field and what Morris expects. Last year, he put up touchdowns passing, rushing and receiving (he primarily played receiver but attempted 18 passes in mop-up duty).

Just the same, Watkins’ open-field awareness is a threat Morris will certainly try to capitalize upon in the weeks ahead. Carolina Forest is at home this week against rival Conway before heading to Sumter next week in a game most people believe will carry as much weight for the Region VI-5A championship as any other this season.

North Myrtle Beach’s win over Hartsville — a first in program history — could be the impetus for a year of firsts as far as the Chiefs’ regular-season schedule is concerned. North Myrtle Beach has also never played South Florence (this week’s opponent) or West Florence (0-3), whom the Chiefs face on Oct. 23. Sweeping the three Pee Dee teams would be a huge step toward making the playoffs. … Thanks to some last-minute scheduling quirks, Conway will be on the road this week (at Carolina Forest) for one of only two times throughout the regular season. The Tigers’ three non-region games — West Florence, Blythewood and White Knoll — will all be played at home. White Knoll was already scheduled to be on the docket; Conway agreed to split the gates with West and Blythewood had an opening that week and agreed to make the trek. … Aynor’s 8-6 victory over Lakewood in Week 1 was the first time an Horry County team had won a game while scoring single digits since Loris beat St. James 9-8 in the 2012 season opener.