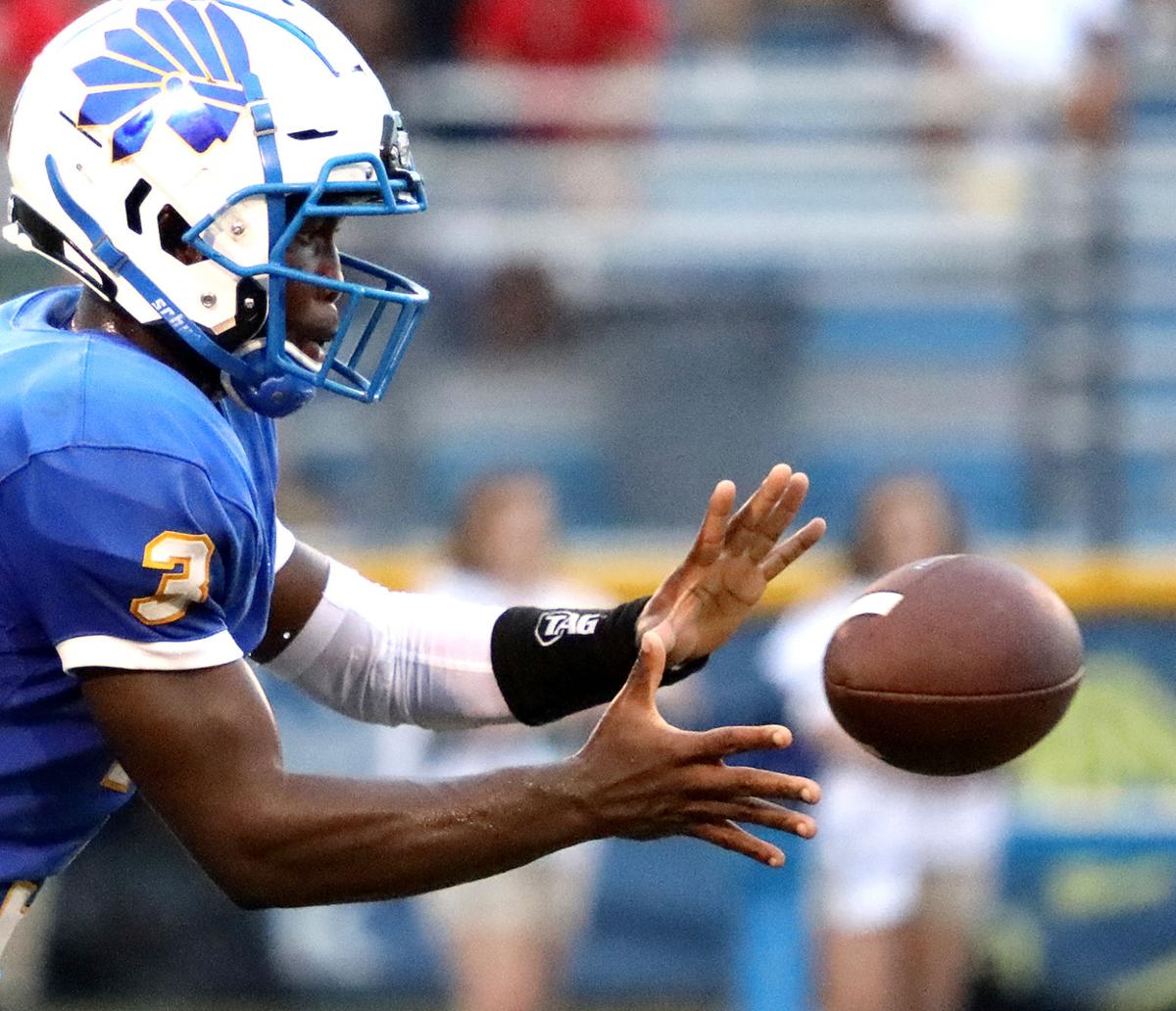 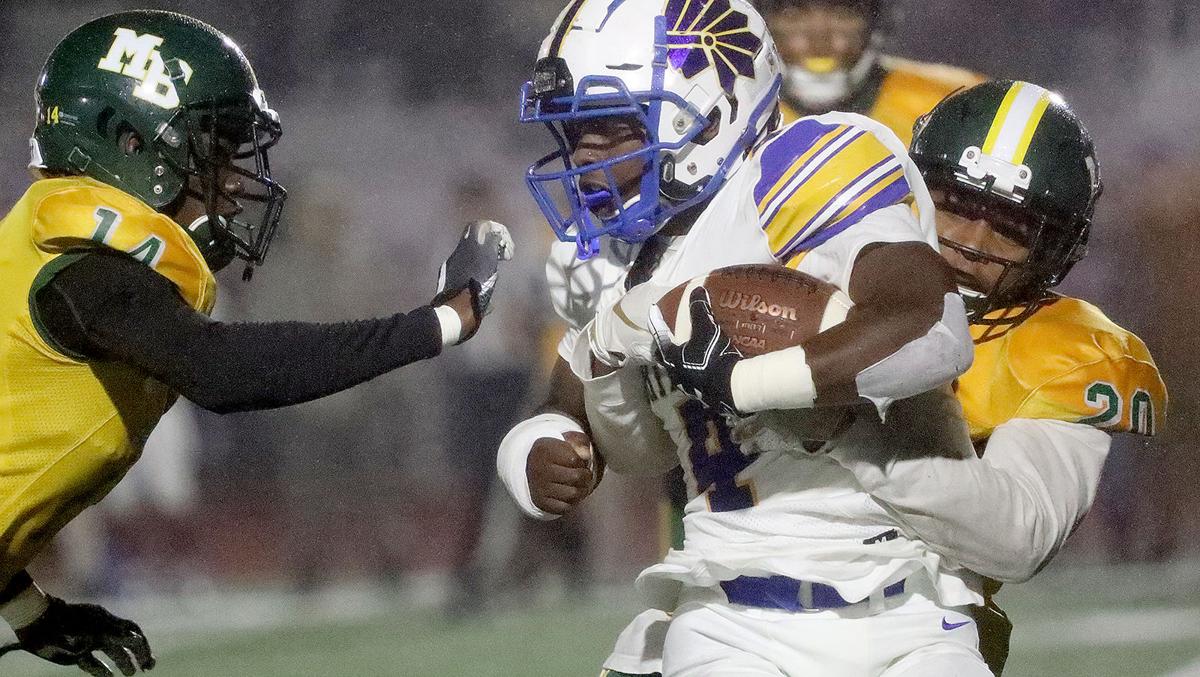 North Myrtle Beach's Zyon Belle is surrounded by Myrtle Beach's J.J. Dent (left) and Kenny Byrd as the Seahawks win and advance to the third round of the playoffs. Photo by Janet Morgan/janet.morgan@myhorrynews.com 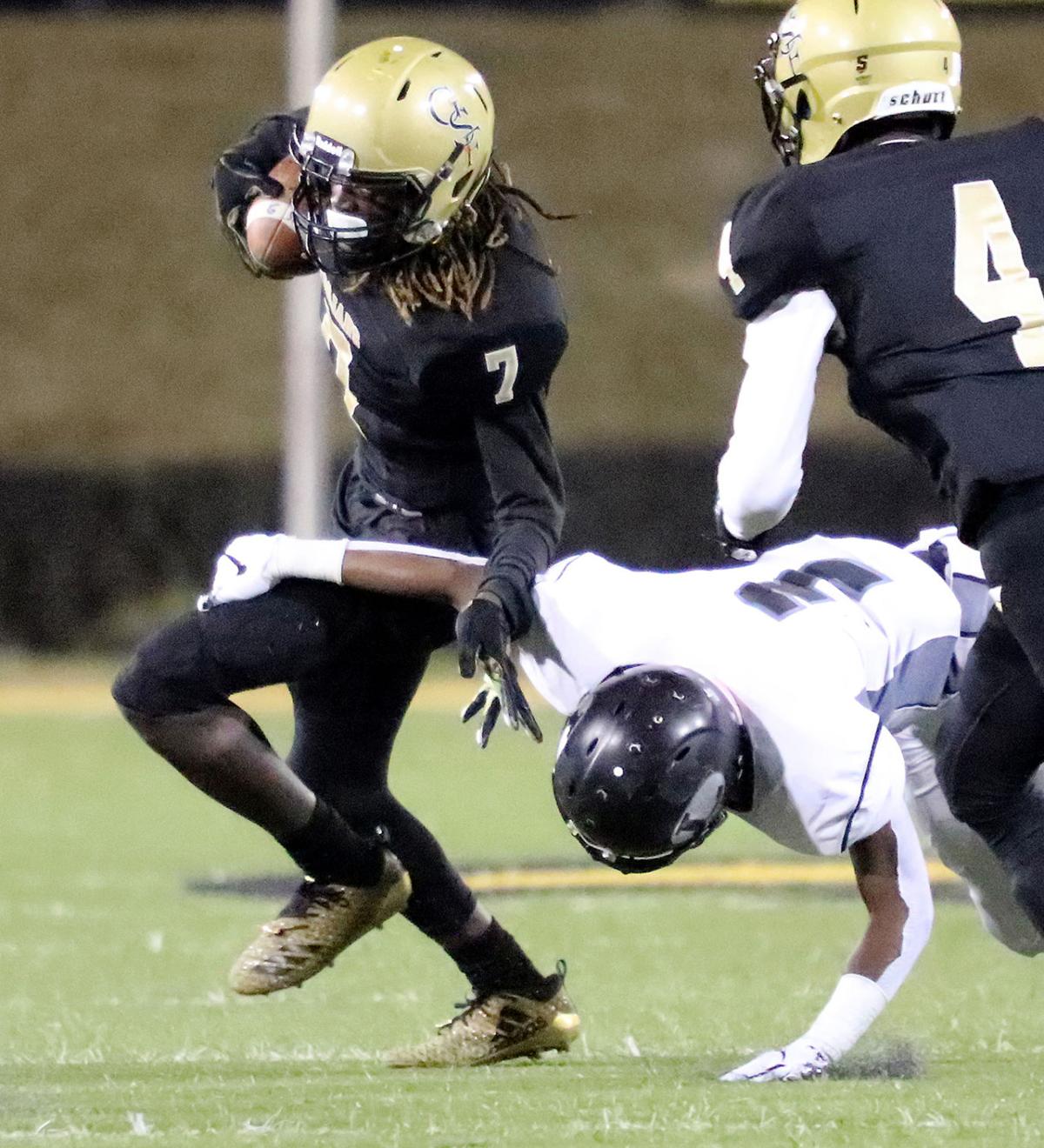 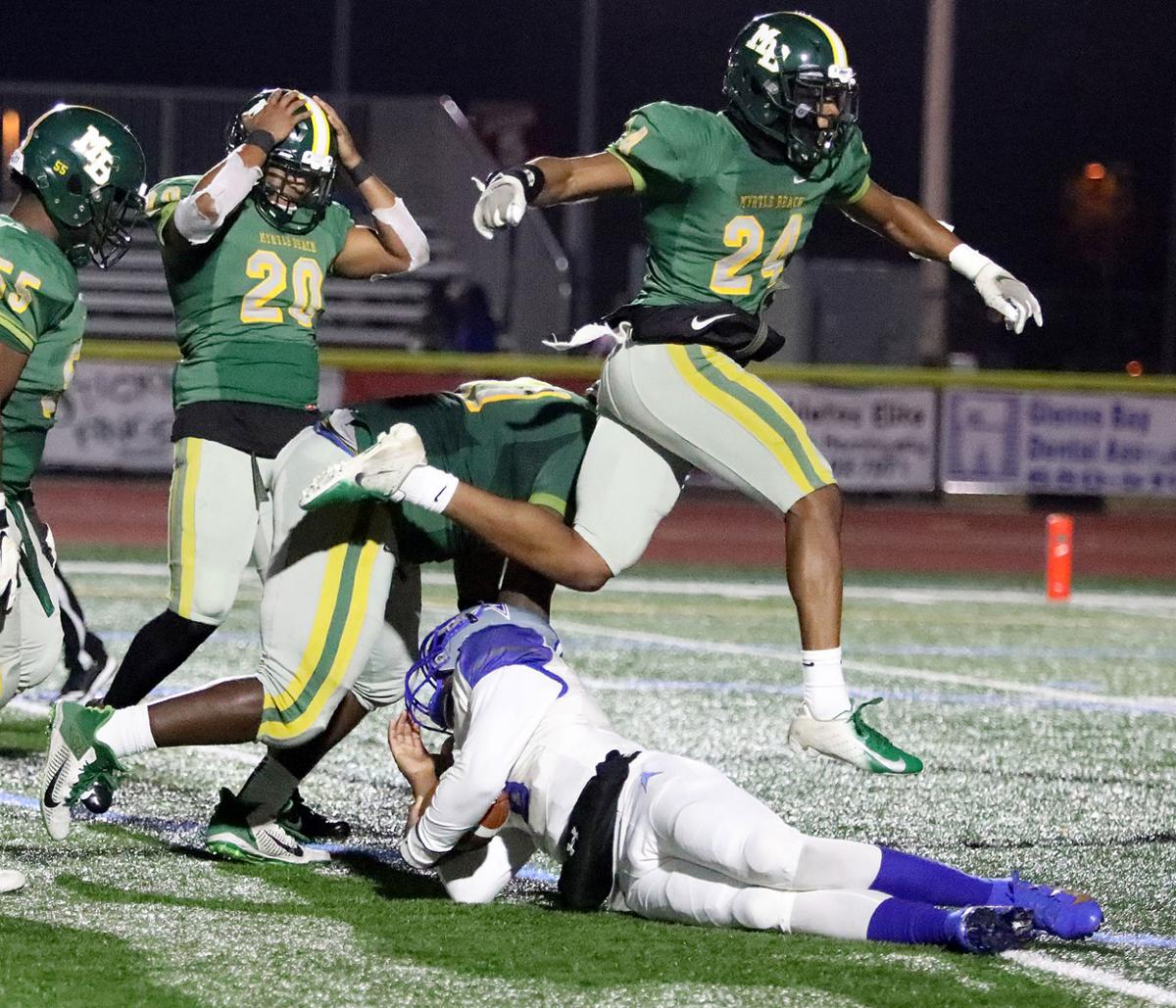 Myrtle Beach's Shedrick Pointer jumps over a downed Airport's Markco Gilmore as the Seahawks advance to the fourth round of the playoffs. Photo by Janet Morgan/janet.morgan@myhorrynews.com

North Myrtle Beach's Zyon Belle is surrounded by Myrtle Beach's J.J. Dent (left) and Kenny Byrd as the Seahawks win and advance to the third round of the playoffs. Photo by Janet Morgan/janet.morgan@myhorrynews.com

Myrtle Beach's Shedrick Pointer jumps over a downed Airport's Markco Gilmore as the Seahawks advance to the fourth round of the playoffs. Photo by Janet Morgan/janet.morgan@myhorrynews.com

Players for the annual Touchstone Energy Cooperatives Bowl are checked in and have commenced practices for the all-star game.

Now, all that’s left to do is find some semblance of rhythm in the coming four days.

The game, still informally referred to as North-South, will pit many of the state’s top seniors against each other at 12:30 p.m. Saturday at Doug Shaw Memorial Stadium. And once again, the winner will likely be the team that can make fewer mistakes while systems are put together in a matter of days.

The game itself has a tendency to get ugly.

Last year, for instance, featured six interceptions and two fumbles as the offenses struggled to move the football effectively. It that vaulted the South squad to a 13-10 win at Coastal Carolina’s Brooks Stadium (the game was moved due to delays in the SCHSL season and conflicts at Doug Shaw).

On Saturday, four local players would love to play a role in rare back-to-back South victories. Myrtle Beach linebackers Kenny Byrd and Shedrick Pointer, Green Sea Floyds defensive back A.J. Campbell and North Myrtle Beach’s Ramsey Lewis were all selected for the game. The first three will be on defense, while Lewis — who played quarterback for the Chiefs this season — will be at tailback.

Carolina Forest’s Mason Garcia was also originally chosen for the game before being promoted to the Shrine Bowl of the Carolinas following Myrtle Beach quarterback Luke Doty’s season-ending hand injury.

Outside of the game, there will be several other highlight moments for the seniors this week. On Thursday afternoon, the players will serve as shopping escorts for local youth at the Myrtle Beach Target location. The following day, players and their parents are the guests of honor at the annual cookout, the last real social event prior to Saturday’s game.

Teams will continued to practice twice a day on Tuesday, Wednesday and Thursday and Doug Shaw and the adjoining Ashley Booth Field.

In a week full of honoring South Carolina’s players, the biggest award of the year will come at halftime of Saturday’s game.

Each of them have had high-profile senior seasons and/or college commitments. Last week, Colasurdo was named the Gatorade Player of the Year for the state.

In Class 4A, there was the Myrtle Beach trio of Luke Doty, defensive lineman Quamil Spells and linebacker Shedrick Pointer, as well as North Myrtle Beach’s Ramsey Lewis and punter Zane Smith.

Aynor offensive lineman Colby Todd was the lone local selection for the Class 3A first team, although teammates Andrew Brown (quarterback) and Drew Shelley (defensive back) were on the honorable mention team.