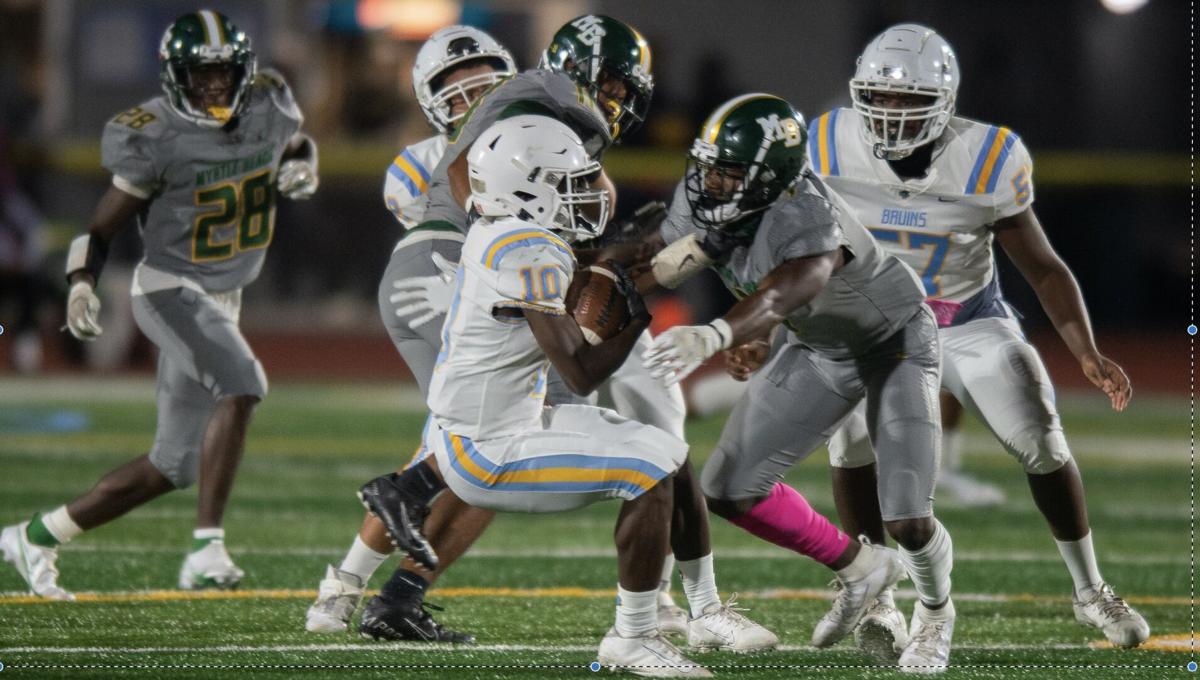 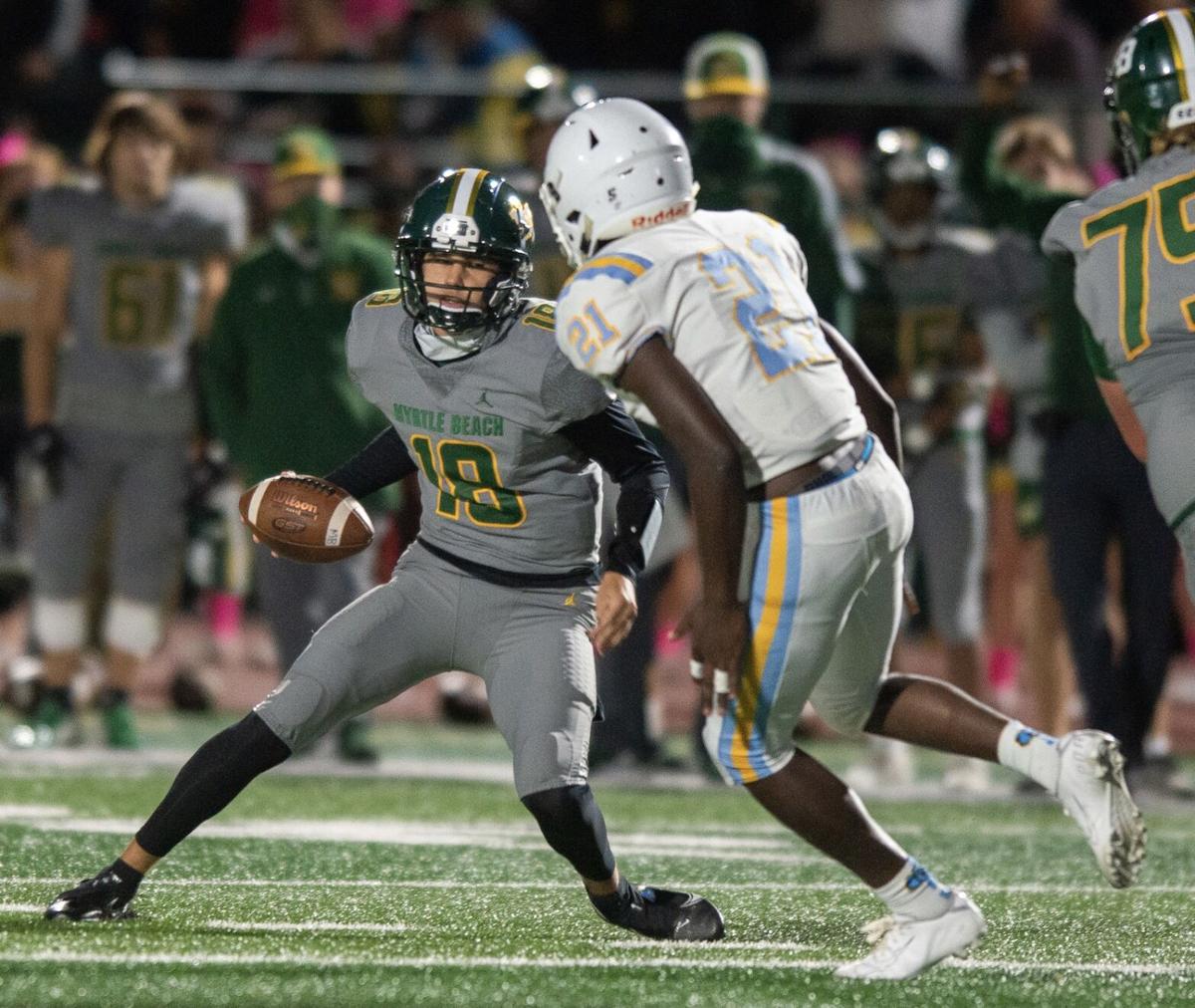 This wasn't exactly what Mickey Wilson believed determined football should look like.

It still got the job done.

The Myrtle Beach football coach watched as his squad struck fast against South Florence on Friday night and then slowly maneuvered through the final 46 minutes en route to a 38-14 region victory. It wasn’t always pretty. However, a beauty pageant wasn’t necessary to make next week’s rivalry game against North Myrtle Beach arguably the biggest regular-season matchup between the two schools.

“It puts us in a situation to go play for a region championship next week at North Myrtle Beach,” Wilson said. “That’s what we love to do here at Myrtle Beach. We’re excited about it.

“It’s huge from a standpoint of being able to play at home in the playoffs. That’s what you want to do. Any time you get a chance to compete for a championship, that’s huge. That’s our goal here — to win a region championship, to win a state championship.”

That extra meaning behind next week’s game required Myrtle Beach to handle South Florence first. The Seahawks accomplished that thanks to 330 passing yards and a pair of touchdowns from junior quarterback Ryan Burger.

He had just two incompletions all night — although oddly enough neither hit the ground. One was caught just out of bounds and the other was a South Florence interception that he underthrew.

Otherwise, he was hitting his spots, mostly to star receivers Adam Randall (seven receptions for 147 yards) and J.J. Jones (six for 120). Tack on two Cam Ward touchdown runs and another from Ben Herriott, and it was plenty to prevent South Florence from making much of a game of it in the second half.

That was the beginning of the good news for Myrtle Beach. More of it came from the western Pee Dee, where Hartsville defeated Wilson and took any possibility of the Seahawks finishing below second place in the region and losing an automatic playoff berth out of the equation.

Make no mistake, though. All eyes were firmly on North Myrtle Beach after this Friday evening.

“They’re a really good football team,” Burger said. “We’ll need to have a really good week of practice and we’ll have enough to look at to [correct mistakes] before that.”

Myrtle Beach (5-1 overall and 4-1 in Region VI-4A) will head to North Myrtle Beach (5-0 in region and overall) with at least two home playoff games on the line should that team continue to win in the postseason. The loser will hit the road and likely stay there throughout its time in the playoffs, barring multiple upsets around the lower state bracket.

The Seahawks have won the last four games in the series. And while two of those contests came in the 2018 and 2019 playoffs, the regular-season finale for these teams hasn’t determined this much before.

North Myrtle Beach moved up to join the Seahawks in the same classification in 1998, and only three times in the first 11 years did both teams each have winning records. In 2017, their game ultimately determined the 1-2 finish, but it happened to start the region slate — not in the regular-season finale.

The next closest comparison was 2013, when the two met in the regular-season finale for the right to host a first-round playoff game as a No 2 seed. Myrtle Beach won, while North Myrtle Beach went on the road to open the postseason.

This time around, it’s for even stronger positioning coming out of the state’s top Class 4A grouping.

“We were a little sloppy at times,” Wilson said of the win over South Florence. “We’re playing better in spurts. We’ve got to extend those spurts and play better for longer periods of time. But this is a tough region, and this is a good region win.”