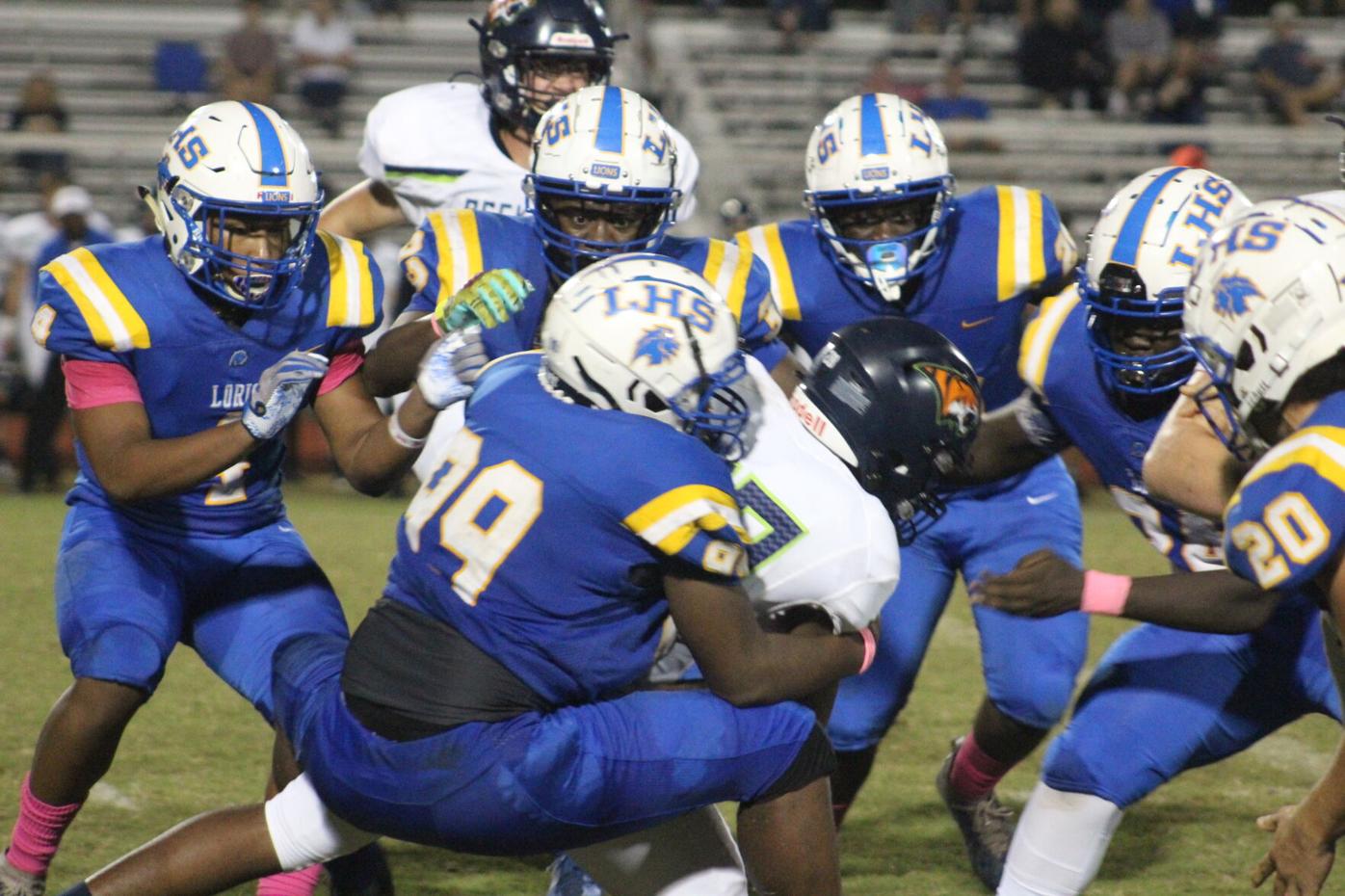 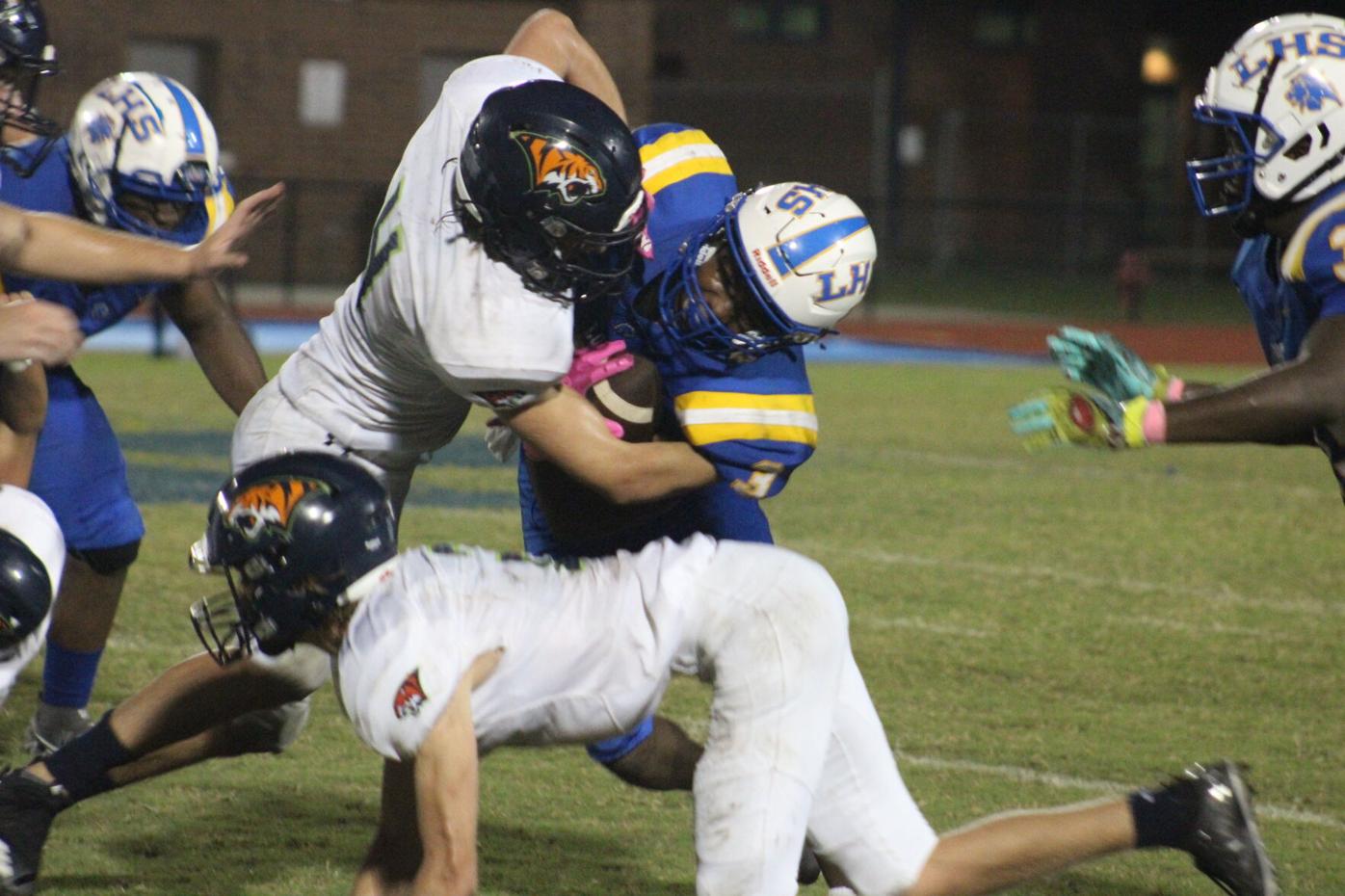 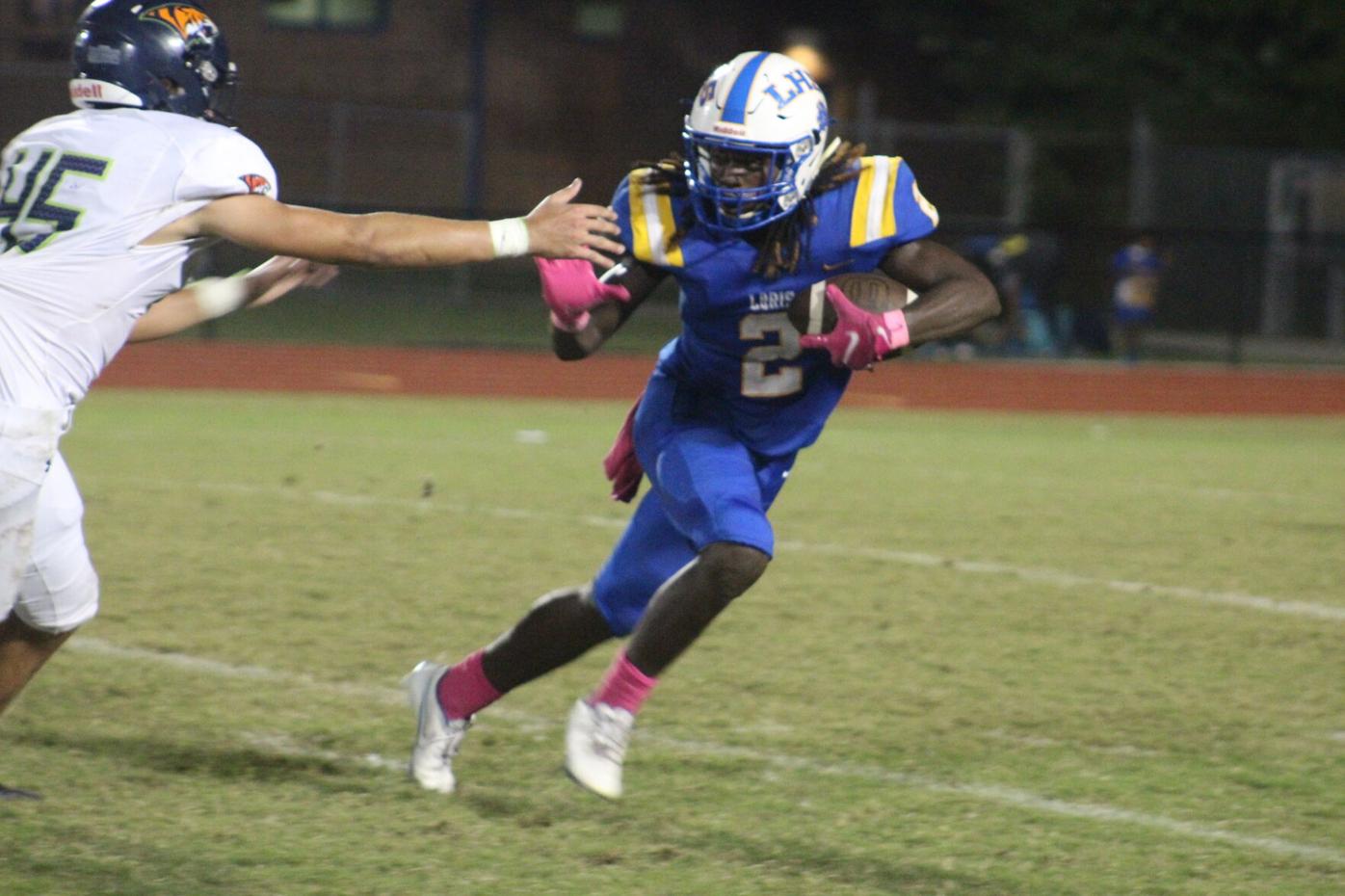 Loris' Duke Bellamy tries to get around a Lucy Beckham defender Thursday night. The Lions won 35-0. 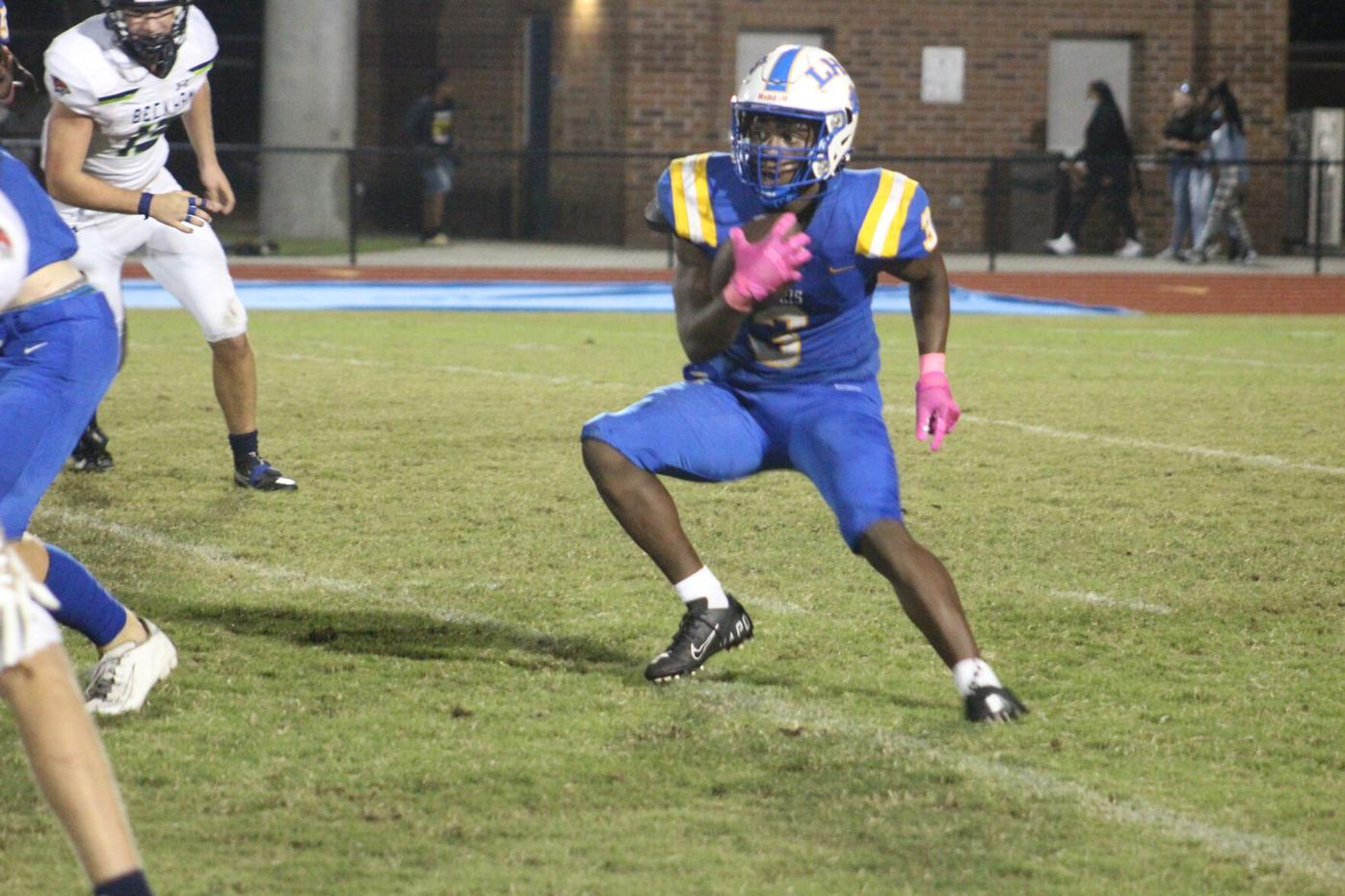 With the Lions struggling to move the ball early in the season, their coach made some changes. He began rotating three quarterbacks and using more plays where his running backs took direct snaps. The idea was to utilize the strong runners he had in the backfield and give the quarterbacks time to learn.

“It’s kind of working for us,” Mance said Thursday after the Lions defeated Lucy Beckham 35-0, their third straight victory after an 0-4 start. “We’ve got 35, 28 and 35 [points] the last three weeks. So we’re excited about it. … The game’s about getting your athletes the football. And [“Duke”] Bellamy and La’Tontray Knox, man, they’re special kids.”

Bellamy and Knox led the Lions’ attack Thursday, accounting for four of the five Loris touchdowns.

Bellamy opened the scoring with a 38-yard touchdown reception with just over 4 minutes to play in the first quarter. Knox then broke off a 69-yard touchdown run early in the second quarter before Bellamy again found the end zone, this time via a 42-yard scamper. Knox returned a punt for a score in the third quarter before senior running back Jaquan Tisdale capped the offense for the night with a 1-yard touchdown plunge.

As strong as the Lions looked, they were facing a team that was playing just its second-ever varsity game.

Loris will square off against a much tougher opponent next week when Aynor (No. 10 in Class 3A) comes to town. That will be a game for second place in the region, and the winner also secures a home playoff game.

“If you can’t get up for that, there’s something wrong with you,” Mance said. “They play Aynor throughout the little league here, in the rec league. It’s a big rivalry. I know Aynor will pack the stands. We’re hoping for a huge crowd out here. We’ll have to play great.”

While he knows the Blue Jackets will test his defense, Mance is looking forward to seeing how his players handle this challenge.

In his second season as the Loris coach after a long career in Virginia, Mance is trying to turn around a program that has struggled in recent years.

“We tell them at the beginning of the year: playoffs are expected and our goal’s to win the region,” Mance said. “That’s a big order. You’ve got Dillon in the way and Aynor. Both of those are in the Top 10 (Dillon is No. 2). But you know, we want to be on that level. And to do that, you’ve got to be able to win football games. … You’ve got to get kids to buy in, and that’s what we’re trying to do.”