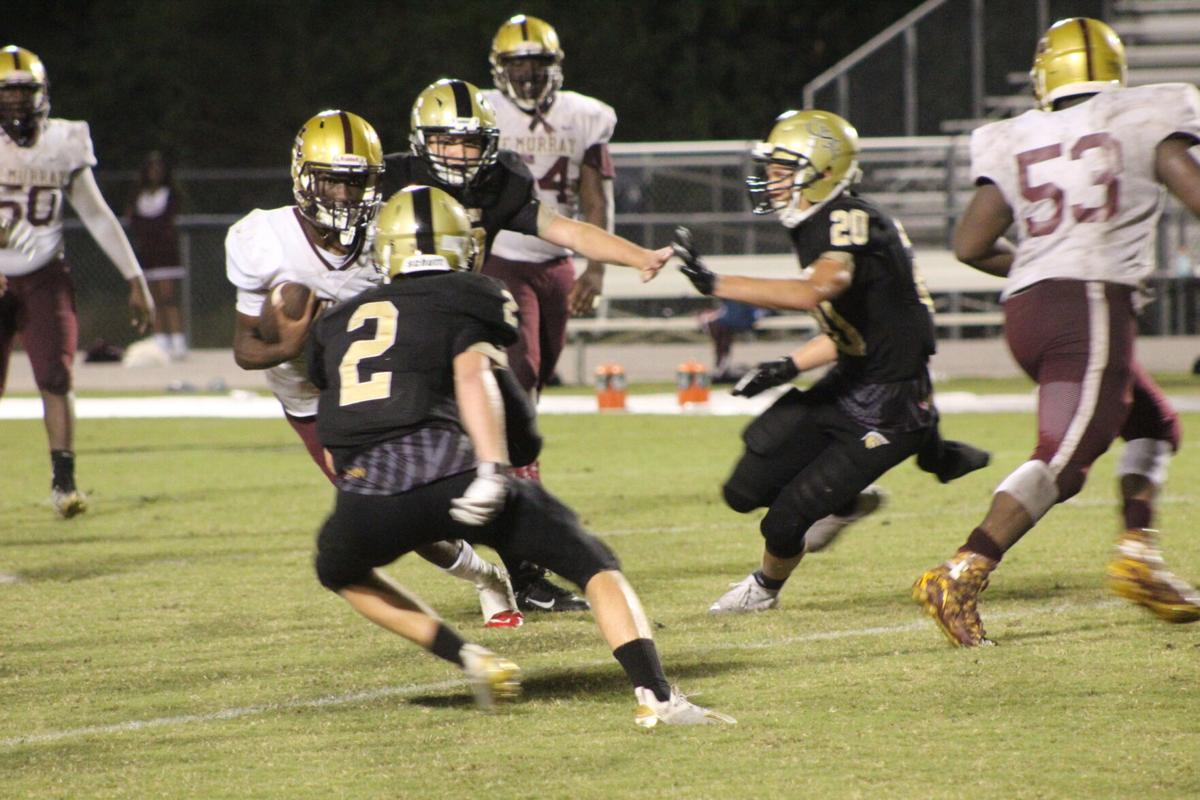 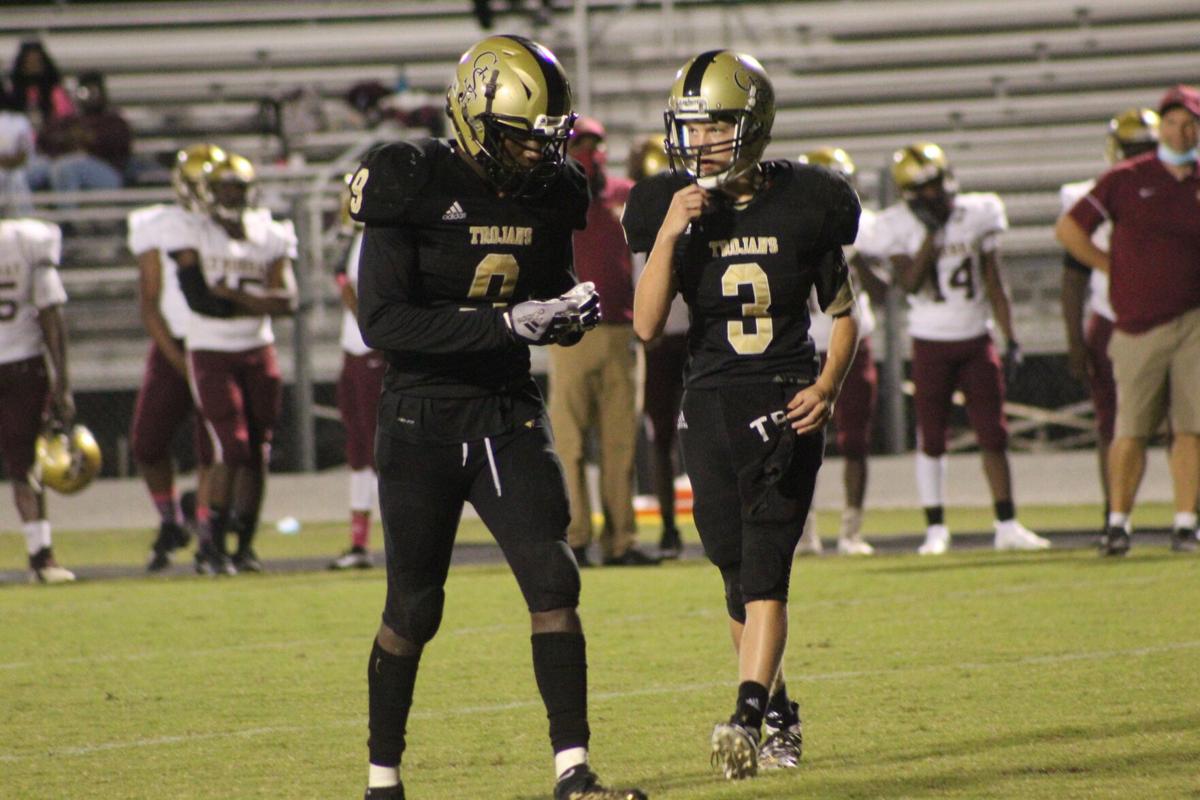 The Green Sea Floyds offense lines up during the Trojans' 38-12 win over C.E. Murray Friday night.

The Green Sea Floyds offense lines up during the Trojans' 38-12 win over C.E. Murray Friday night.

Early in the second quarter of Friday’s game, the Green Sea Floyds defense couldn’t seem to get off the field.

Twice they gave up long pass plays to C.E. Murray. Twice those long passes set up touchdowns. But trailing 12-7, the Trojans finally found a defensive spark. Senior cornerback Nick Clemons picked off a pass and ran it back to the end zone. Suddenly, the two-time defending Class A state champions began playing like a team with that resume.

“It’s big any time you score on defense,” GSF coach Joey Price said after his team won 38-12. “I challenge our kids every game to get a pick-six or pick up a fumble or do something on defense to change the game.”

The Trojans improved to 2-1 on the season. More importantly, Price is beginning to see some team chemistry. The coach, who is in his first season leading the Trojans, knew there would be some adjustments, particularly after COVID-19 upended their summer workouts.

“We’re a little bit up and down to start the game,” he said. “As the game goes on, we get a little better feel for each other. It’s not easy when you change coaches. … And I had such a rough summer because we didn’t get to see each other. Now we’re just starting to trust each other and build relationships. That’s the biggest thing about football, to start with, is relationships. What makes everybody tick? Every kid’s not the same.”

It’s obvious where the Trojans are experienced and where they are green. The offensive and defensive lines are young, but the secondary — where Clemons plays — has some veterans. And, of course, the Trojans have talented skill players in reigning Class A Player of the Year Jaquan Dixon and fellow senior Aaron Graham to set the tone. Graham and Dixon each rushed for two touchdowns Friday.

Dan Johnson, a junior who plays wideout, running back and cornerback, said early in Friday’s game the players had to remind themselves that they were the better team and shouldn’t let their opponent dictate the pace of play.

The Trojans will face Johnsonville on the road next week.