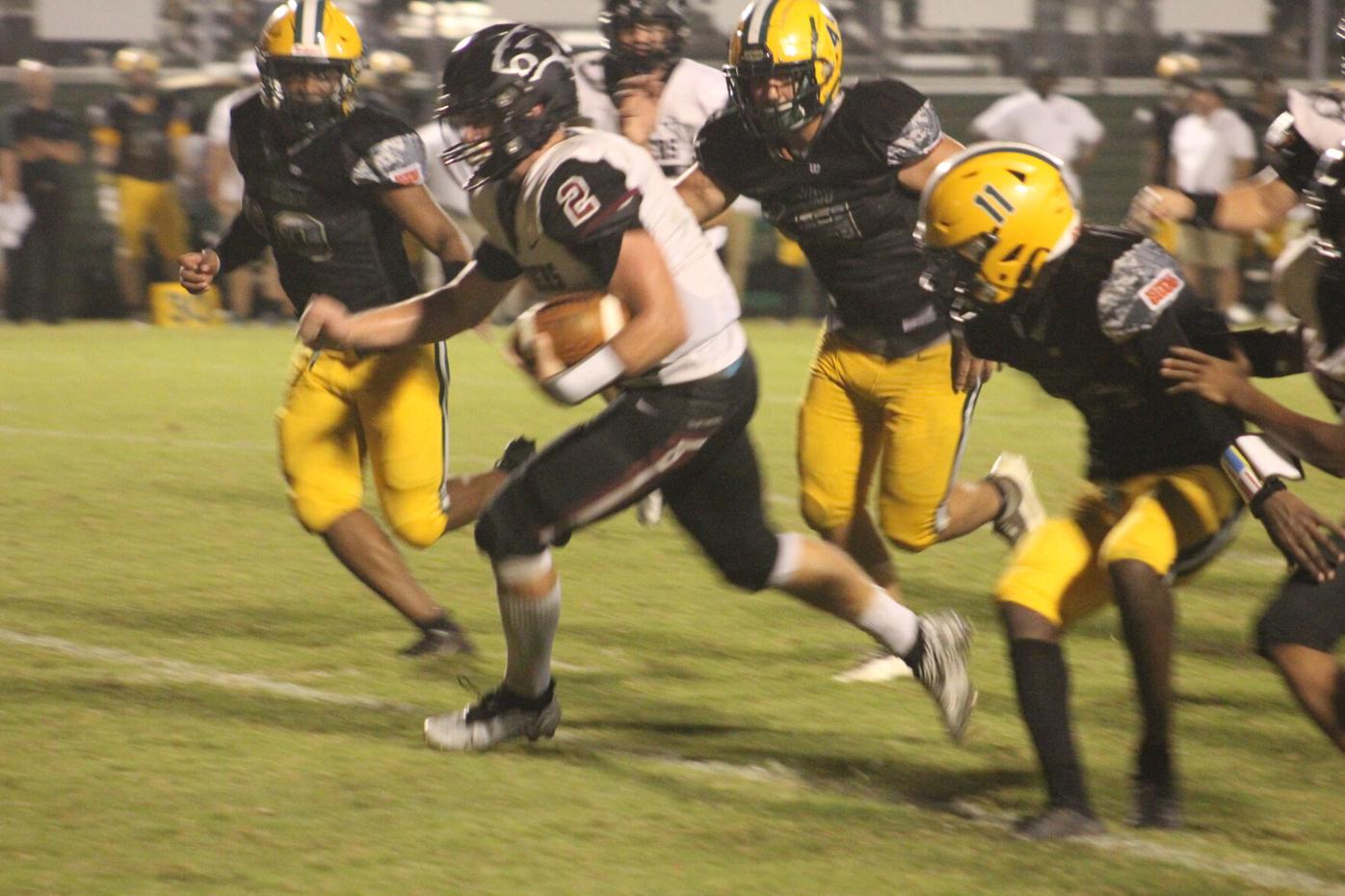 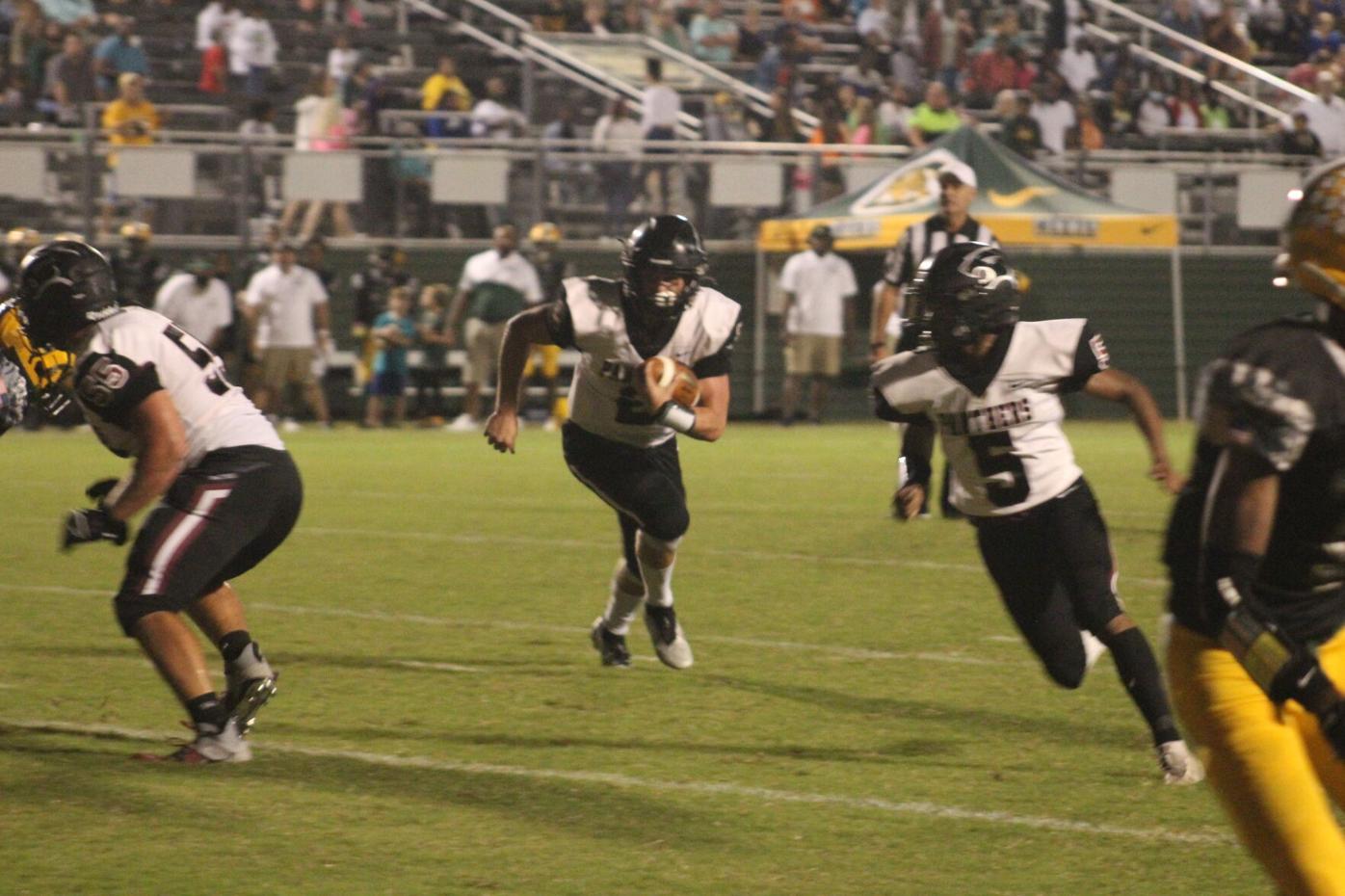 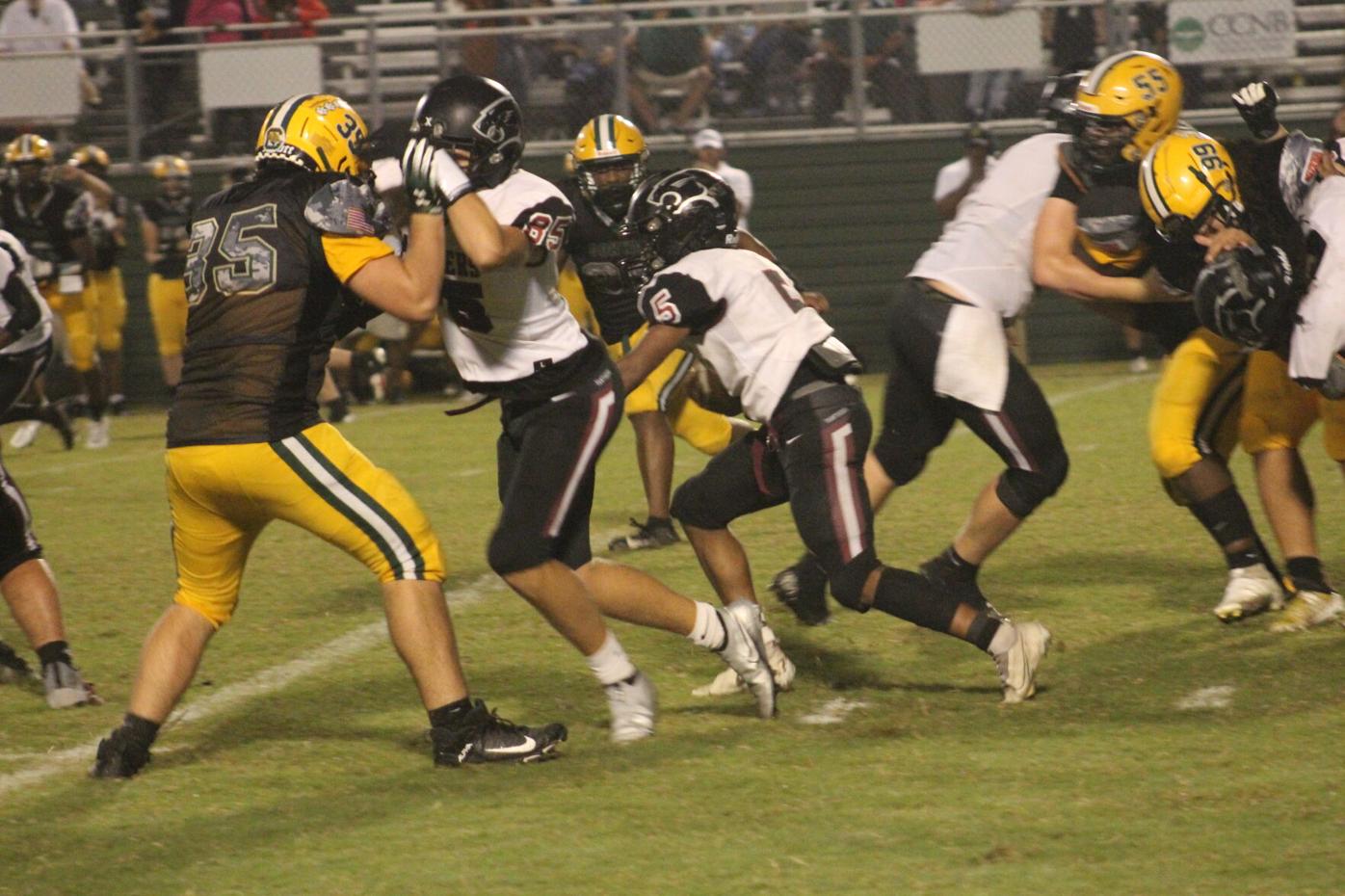 Less than a minute into the fourth quarter, Conway’s final comeback hope rested on a long third-down play.

Luke Janack ripped it away.

Carolina Forest’s senior linebacker wrestled the football out of Conway quarterback Devin Grainger’s arms, then he churned toward the end zone. An official’s inadvertent whistle negated his touchdown, but the turnover stood. And on fourth down, the Panthers sealed the game with a 22-yard touchdown run from, appropriately, Janack.

“Thanks goodness we scored because that was the darn difference in the game right there,” Panthers coach Marc Morris said after his team’s 27-7 victory.

In many ways, Janack made the difference for the Panthers. He scored three touchdowns, made key defensive stops and even blasted some booming punts to flip Carolina Forest’s field position.

“Just doing what you’ve got to do to win,” Morris said. “Obviously we know Luke’s one of our better guys.”

On Friday night, that was an understatement.

After both teams came up empty on their opening drives, the Panthers looked like they might be forced to punt when quarterback Scott Saylor found Janack for a 41-yard pass. Janack followed it up with a 23-yard run, and he eventually carried the ball into the end zone from 3 yards out on fourth down. In that scoring drive alone, he accounted for 77 of the Panthers’ yards.

Janack again found the end zone in the second quarter just after a Panthers interception. On the next play, he took off for a 55-yard touchdown scamper.

Conway pulled within a score with 20 seconds to go in the half. Tigers running back Rodney Huggins pushed the ball in from 6 yards out, and Conway looked like it could build some momentum.

But the Tigers’ miscues haunted them throughout the night. They threw three interceptions, and Carlton Terry II saw two highlight reel touchdown receptions negated because of penalties.

Carolina Forest began to finally put some daylight between themselves and the Tigers when running back Kalil Johnson ripped off a 55-yard touchdown run to make the score 20-7 late in the third quarter.

Any potential for a comeback evaporated after Janack forced the fourth-quarter turnover.

“We knew we had to come out hard and we did,” Janack said. “The offensive line did an amazing job as they always do, everyone was focused the entire time. Defense made good stops. … We did what we had to do and got the job done.”

For the Panthers (3-3, 1-0 region), the victory avenged a 33-14 defeat they suffered just two weeks ago against Conway (1-2, 0-2 region). However, this win meant more because it counts in the region standings. The previous loss to Conway does not.

To be fair, this was not the same group that suited up against the Tigers on Sept. 24.

During that game, Carolina Forest was noticeably shorthanded because of COVID-19 quarantines. Morris declined to say exactly how many players had returned by Friday night, but he noted that the team was close to full strength. He also said a bye last week helped his team prepare.

“We had a great two weeks of practice,” he said. “I wanted to play a game that week, but I think fortunately for us we didn’t have to. We got a lot of things done. Kids really practiced hard and played hard for two weeks. Came out focused and ready to play tonight.”

As for how much he relied on Janack Friday, Morris said that’s simply a reflection of the time of year: Expect to see No. 2 in big moments.

“Early on, everything’s a practice,” he said, referring to non-region play. “This is the season now. You’ve got four games to play your best football.”