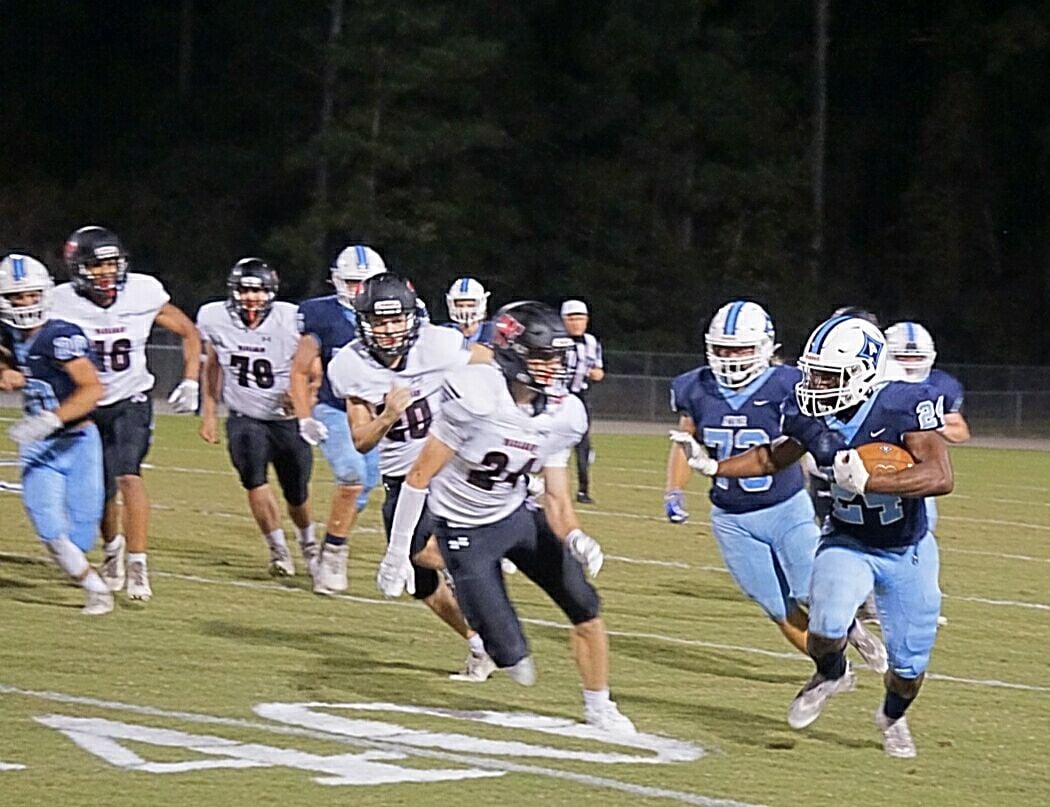 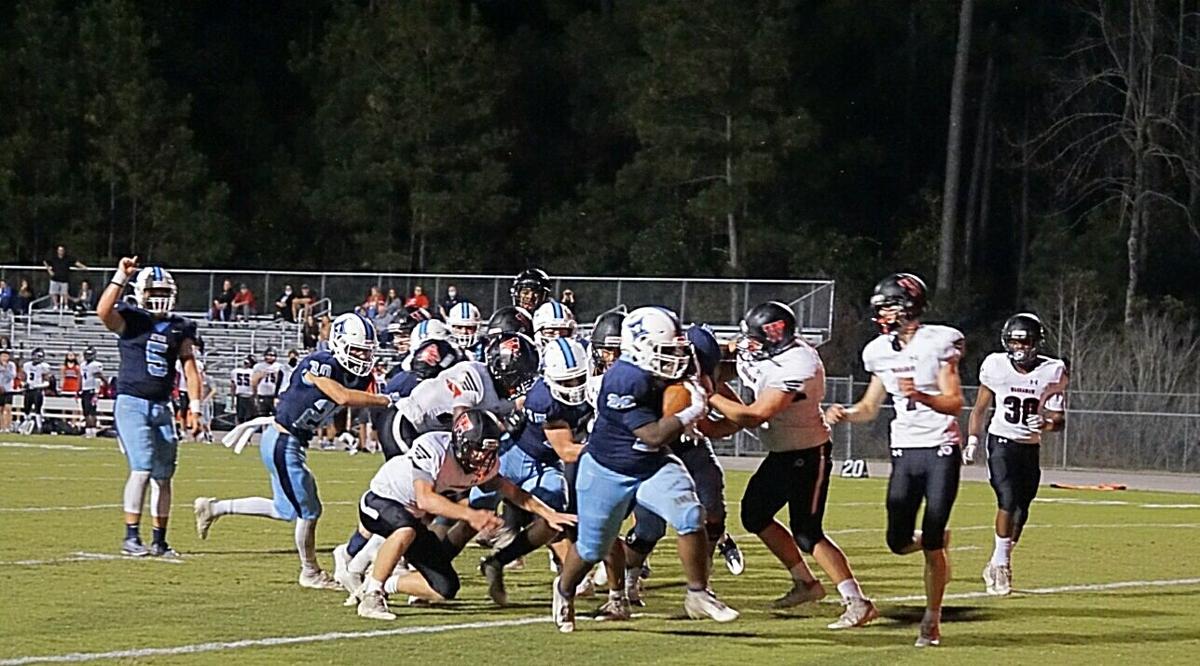 Coming off a tough loss to Dillon last week, the Aynor Blue Jackets rebounded with a convincing 38-14 win over Waccamaw Friday.

The victory — Aynor's first region win of the season — again saw the Blue Jackets (2-1, 1-1 region) rack up yards on the ground.

Christopher Kerby got things going with a touchdown on Aynor's opening drive. A successful two-point conversion gave Aynor an 8-0 lead. With 7:59 left in the second quarter, Aynor's Ahmad Gerald found the end zone, boosting the Blue Jacket lead to 16-0.

A Thomas Johnson sack forced the Warriors to punt, and Aynor tried to get some more points before halftime. Quarterback Noah Jones found Luke Berg for a 25-yard pass, but the Blue Jackets couldn't get into the end zone. They tried for a field goal, but the kick was no good.

Aynor’s defense kept showing up big. On a 4th-and-15, Waccamaw botched a snap to the punter, allowing Aynor to take over on the Waccamaw 19.

With 1:10 remaining in the first half, Gerald scored his second touchdown of the night. With the successful two-point conversion, the score was 24-0.

Waccamaw finally got in the end zone with just a few seconds left in the half. The PAT was good, making the score 24-7 at halftime.

Aynor attempted an onside kick to start the third quarter and was successful, recovering on the 43 yard line. With 9:07 left in the quarter, Kerby scored his second touchdown of the night. The PAT was good, bringing the score to 31-7 Aynor.

Aynor's final points came in the fourth quarter when Anthony Eaddy scored from 12 yards out. With the PAT, the score was 38-7 with 3:05 to play. On Waccamaw’s next possession, they ran for a 55-yard touchdown, a bright spot on the Warrior offense for the night. The PAT was good, bringing the score to 38-14.

The Blue Jackets will face Georgetown next Friday on the road.