North Myrtle Beach's Jenna Berger dives for a ball in the playoff victory over South Aiken on Tuesday. Photo by Janet Morgan/janet.morgan@myhorrynews.com 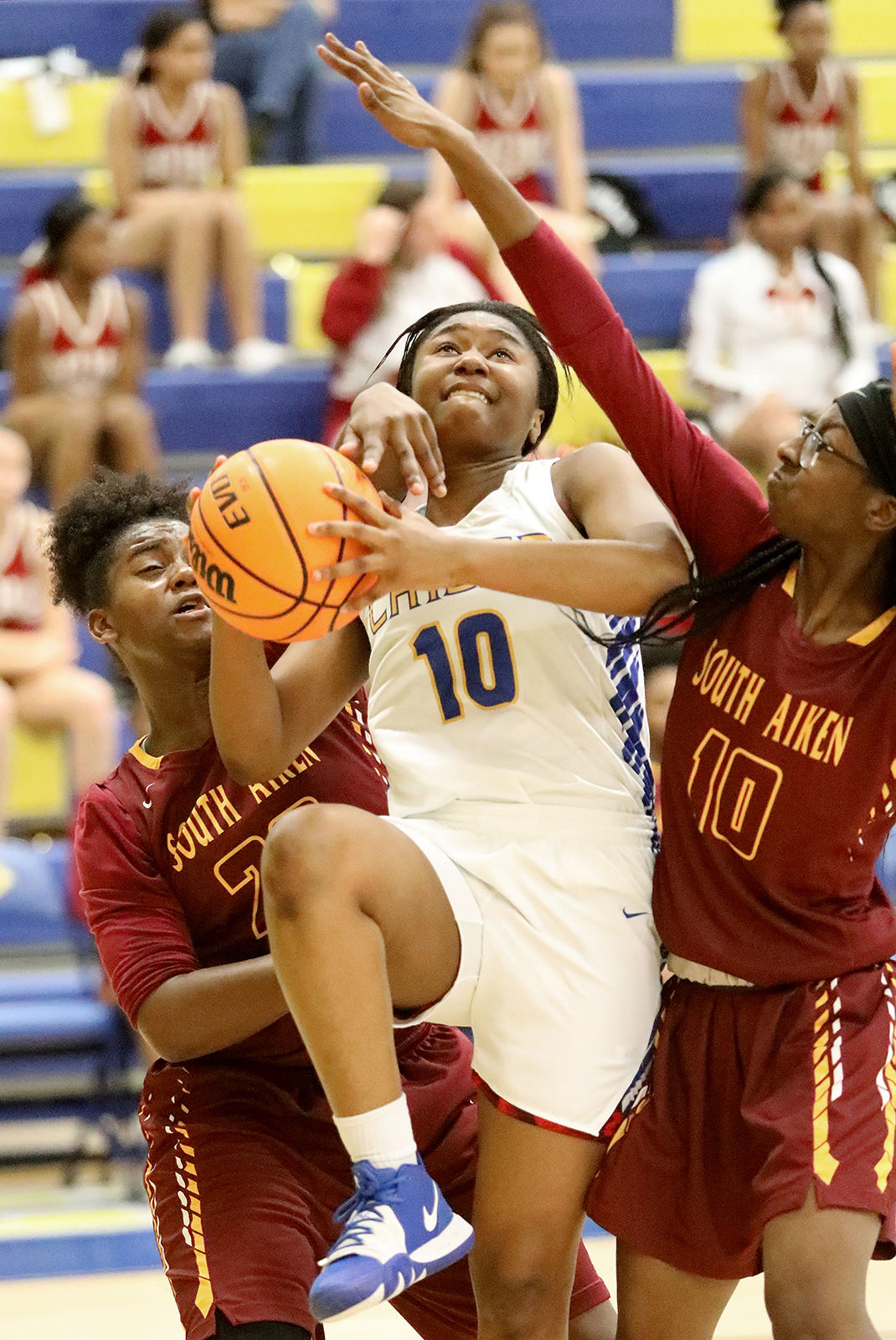 North Myrtle Beach's Jenna Berger dives for a ball in the playoff victory over South Aiken on Tuesday. Photo by Janet Morgan/janet.morgan@myhorrynews.com

You create a bunch of turnovers in a high school basketball game, and chances are you win.

Force them at a clip of more than one a minute — as North Myrtle Beach did Tuesday — and you darn near triple up your opponent on the scoreboard.

The Chiefs, after unveiling a new three-quarters court press, overwhelmed visiting South Aiken en route to 38 turnovers and a 70-26 victory in the opening round of the Class 4A playoffs.

After waves and waves of them, it was of little surprise to the select few who saw the tally building throughout the game on the stat tracker.

They didn’t take long to start rolling in.

By the end of the opening quarter — when North Myrtle Beach led 22-0 — the Thoroughbreds had already racked up 17 of them while getting off just four field-goal attempts. By the time South Aiken scored its first point on a Mekaihla blocker free throw 1:44 into the second quarter — North Myrtle Beach had already dropped 29 points, and the Sisters Berger each had reached double figures in scoring.

Jenna Berger finished with a game-high 24 points, Jordan Berger had 14 and Daveona Hatchell had 14 of her own.

The more impressive figure, though, was that of their steals. All told, those three combined for 17, and the Chiefs piled up 27 as a team. It contributed heavily to the overall turnover mark, which North Myrtle Beach converted into 46 points alone.

It ensured there would be no repeat of 2019, when the Chiefs dropped their first-round home game in a seedings upset against against A.C. Flora.

The Chiefs will head to Bluffton for a second-round game that is likely to be moved off the original Friday schedule from the South Carolina High School League, thanks to lower state wrestling finals. That game wasn’t expected to be set in stone until Wednesday morning.

However, regardless of date, Smith was more than happy to still have that conversation.

And doing so after her team showed her it could execute something so new so late in the year. Add it into the scoring potential the Chiefs have shown over a six-game stretched when they’ve dropped at least 50 points five times, and it could be a dangerous combination.

“It’s nice to know you’ve got a couple different weapons in your back pocket that you can [use] against different teams,” Smith said. “Any team you play, whether they have good guards or a good post, if you can press, you can throw them out of their sequence.”