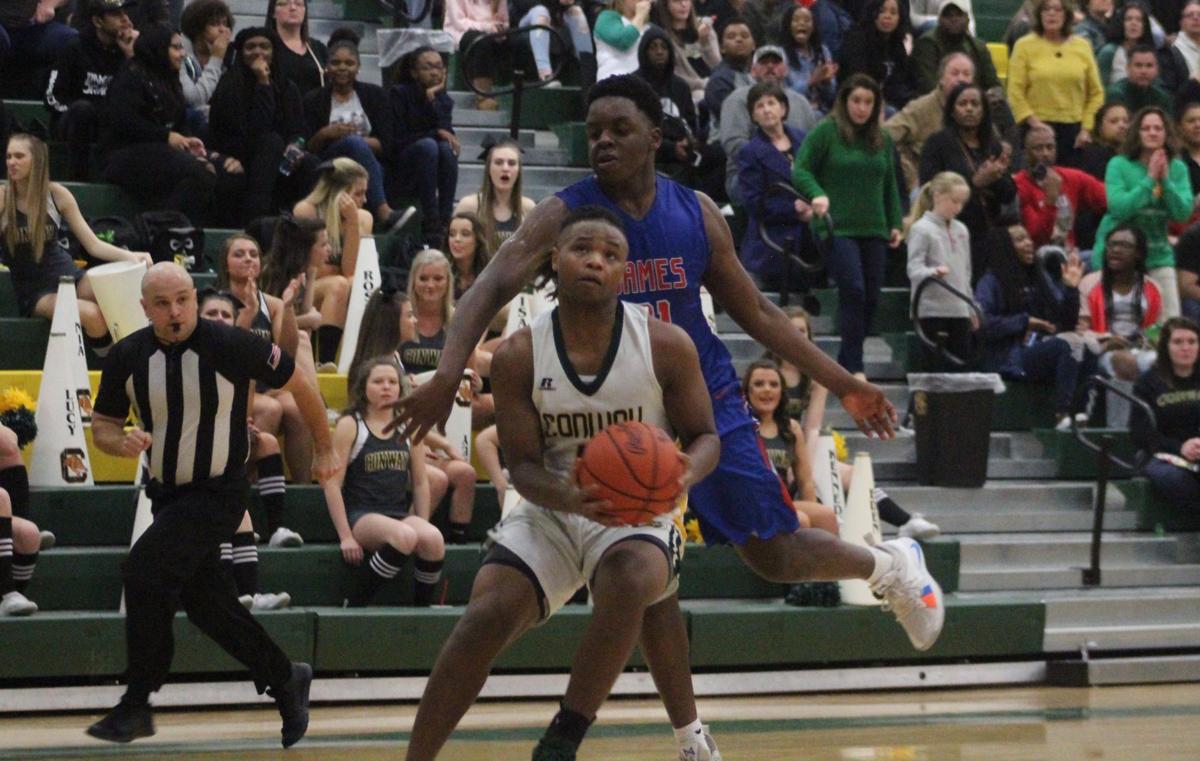 Conway's DaQuinton Grady goes in for a layup during the Tigers' win over James Island Saturday night. 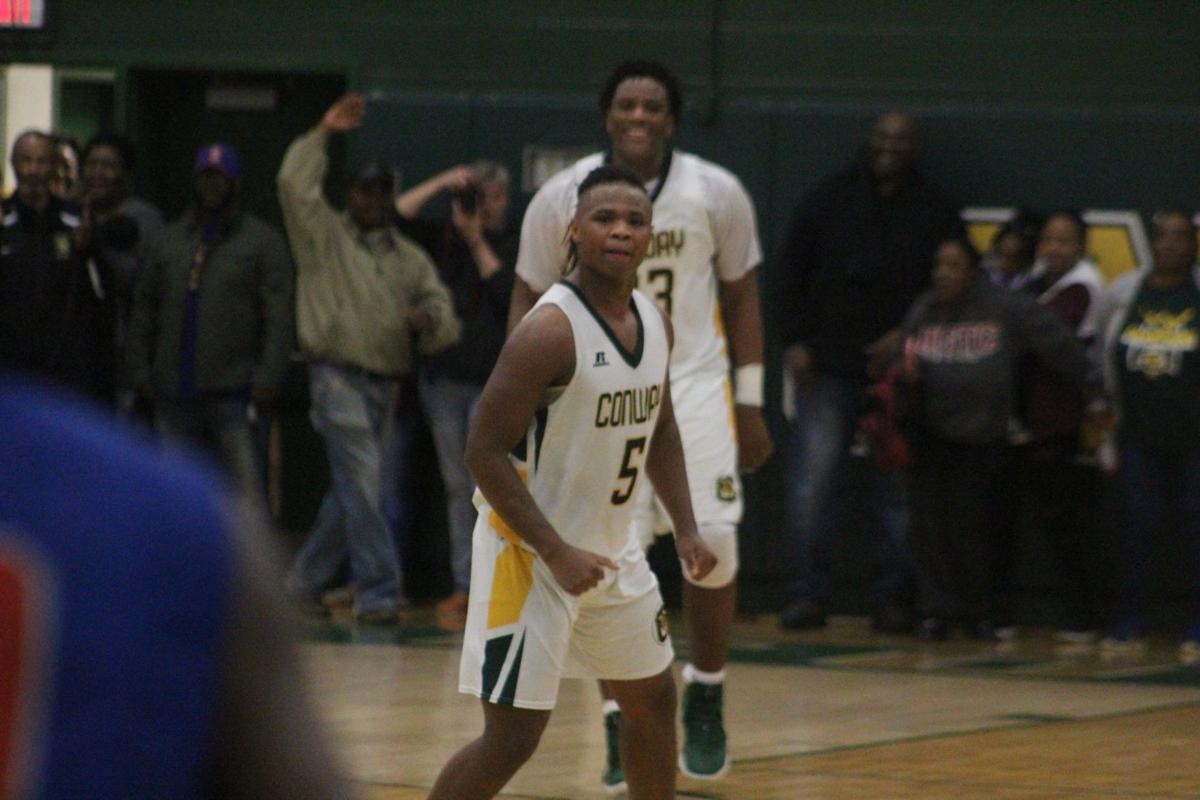 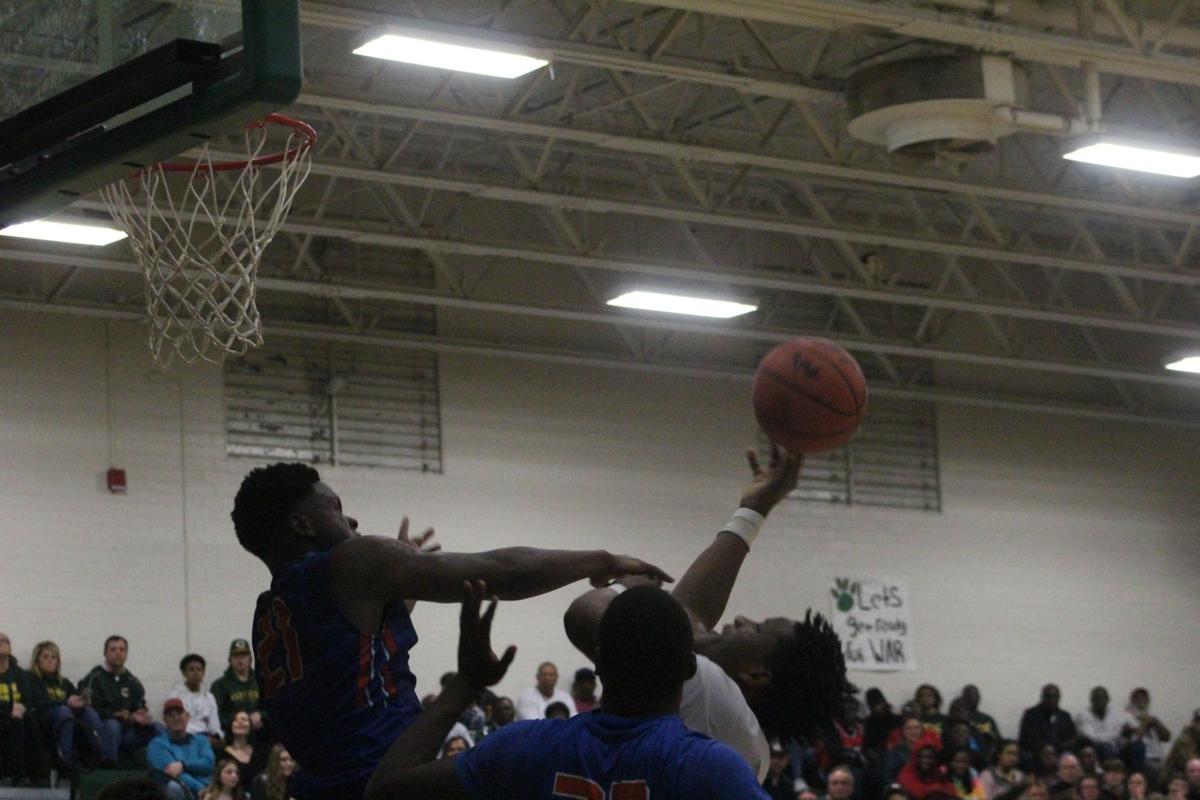 Conway's DaQuinton Grady goes in for a layup during the Tigers' win over James Island Saturday night.

Not all that long ago, the Conway basketball team was among the first teams in the area to be eliminated from the playoffs each year, if it qualified for the postseason at all.

How quickly that has changed.

The Tigers defended home court on Saturday, beating James Island 53-40. With the victory, they’ll be the final Horry County boys program still playing, having reached the third round of the state playoffs for the second consecutive season.

“It’s what I expect. But I want the guys who play the game to expect it,” longtime coach Mike Hopkins said. “Hopefully, we can set the bar where the next guys who come through will expect to do more than we did before.”

If there was any evidence that Conway was not simply a flash-in-the-pan team wrapped around would-be Providence College forward Jimmy Nichols last season, Saturday night was it.

Sure, the Tigers were playing at home in front of a packed gym mostly of their own fans. And, yes, they were playing against a lower-seeded team in James Island that only secured its own playoff berth after coming on strong toward the end of the regular season.

However, the double-digit final score was more lopsided than the rest of the game would suggest. And when it came down to crunch time, there were as many as four non-seniors fighting it out at any given time.

Freshman forward Elijah Huffman chipped in six points and had eight rebounds. Fellow first-year player, guard Carlton Terry Jr., had eight points. Tack on 13 points from junior Tim Steele, nine points and 15 rebounds from Region VI-5A Player of the Year Tonka Hemingway (another junior) and 10 points from senior Braxton Graves, and this was a total effort, not one spurred by one or two older players.

“I looked out there at one point and we had two juniors and two freshmen getting quality time in the playoffs,” Hopkins said. “They’re out there playing and competing. That can only pay dividends for us right now. We have [younger players] who we can’t get out of the gym right now.”

Six different players scored in the third quarter, which ended with Conway’s 10-0 run. It allowed the Tigers to grasp control of the back-and-forth game and then get enough in the final period to hold off any chance of a comeback from the Trojans.

“It means a lot,” Steele said of the new-age Conway basketball program. “People always doubted Conway. So this is a good feeling.”

It was also a sign that the Tigers would make the most of the first region title in school history.

The No. 1 seed resulted in those two home games — Conway also defeated Stall at home on Wednesday. Now, though, Hopkins’ team will have to head to Lexington for a third-round game and with a trip to the lower state finals on the line.

Lexington, also a No. 1 seed, was ranked No. 3 in the final regular-season state polls while remaining undefeated at 28-0 and winning its first two playoff games by double digits.

“We just gotta play,” Hopkins said. “There’s a first time for everything. … We’ll have to go into their house, and I told our guys, if they are going to win a championship, they aren’t going to do it here in Conway.”