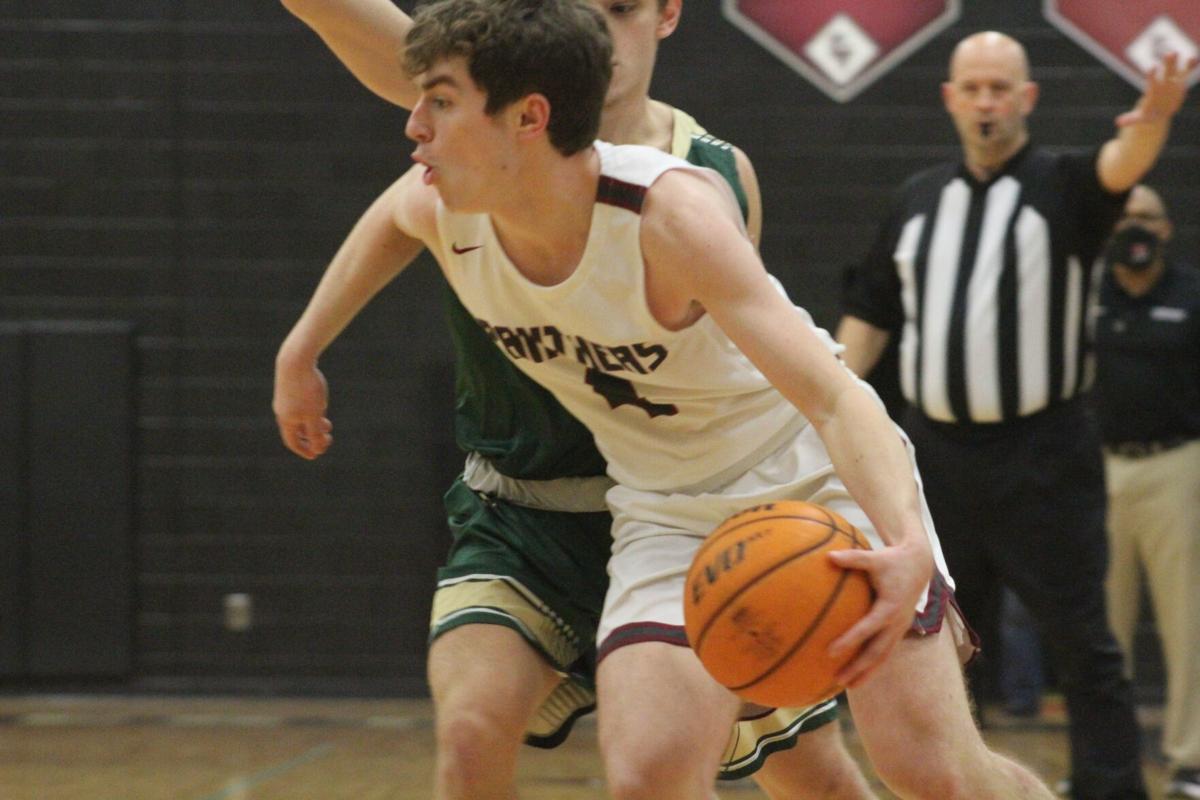 Carolina Forest's Grant Warren dribbles the ball in the Panthers' 71-53 loss to River Bluff Friday night in the second round of the 5A playoffs. 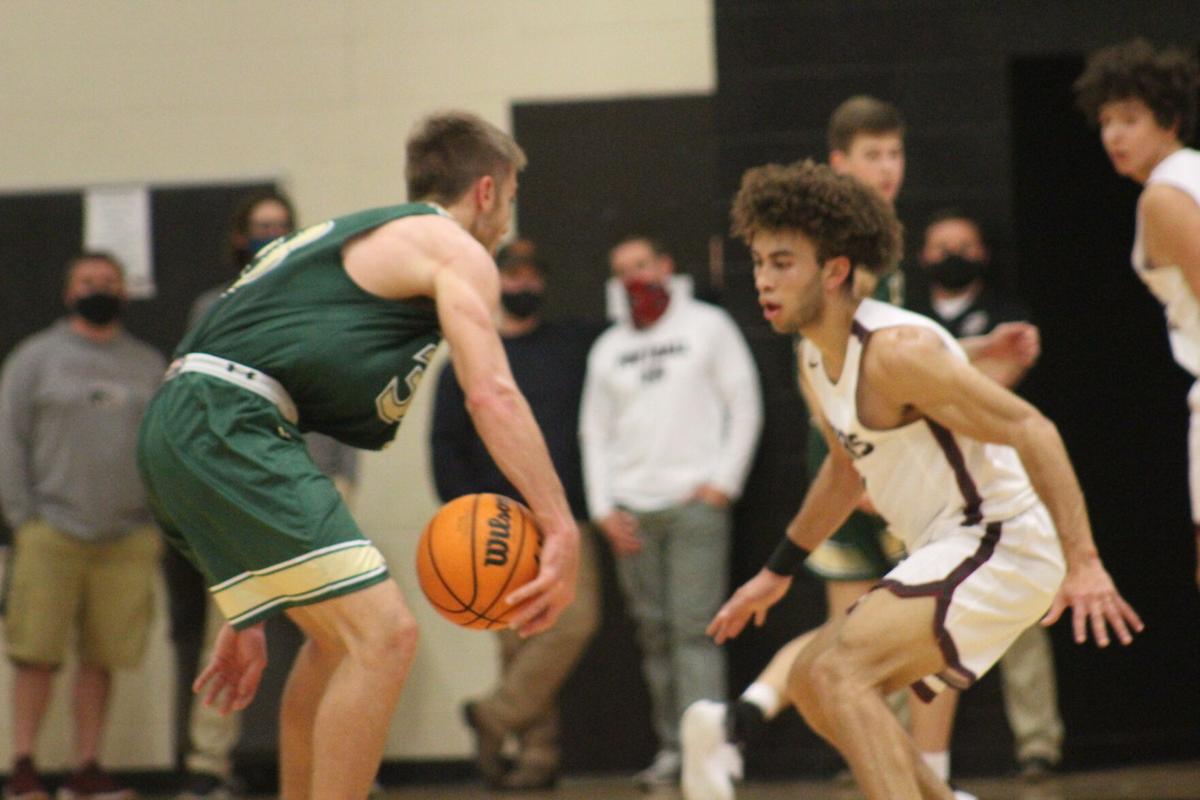 River Bluff's Malachi Reeves handles the ball while Carolina Forest's Kyle Watkins defends in the second round of the Class 5A playoffs. 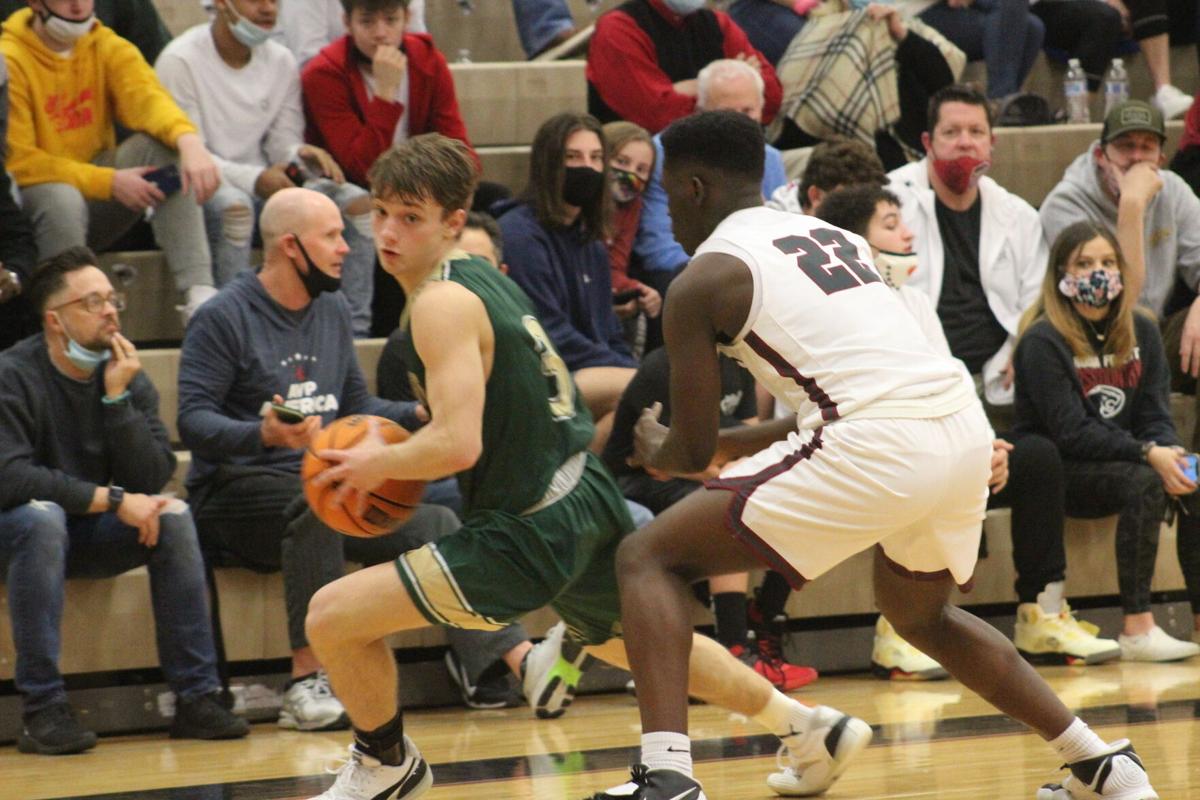 River Bluff's Landon Stills tries to drive around Carolina Forest's Mark Walker in the second round of the Class 5A playoffs. River Bluff won 71-53.

Carolina Forest's Grant Warren dribbles the ball in the Panthers' 71-53 loss to River Bluff Friday night in the second round of the 5A playoffs.

River Bluff's Malachi Reeves handles the ball while Carolina Forest's Kyle Watkins defends in the second round of the Class 5A playoffs.

River Bluff's Landon Stills tries to drive around Carolina Forest's Mark Walker in the second round of the Class 5A playoffs. River Bluff won 71-53.

Carolina Forest’s season seemed all but over after one quarter Friday.

Trailing River Bluff 20-6, the Panthers struggled to find the bottom of the net — a trend that didn’t end until the fourth quarter. By then, it was too late. River Bluff prevailed 71-53, ending the Panthers’ season — and the careers of the team’s six seniors — in the second round of the Class 5A playoffs.

“It seemed like we couldn’t get a shot to fall,” Panthers coach Emmanuel Dewalt said. “We got a lot of great looks throughout the first half and even in the third quarter. The shots just weren’t going in. Fourth quarter, finally the lid came off the rim.”

While the Panthers struggled offensively, the Gators cruised, building a 38-11 halftime lead.

Although Malachi Stevens and Grayson Kenner were the only River Bluff players to score in double figures — each had 11 points — the attack was balanced. Ten Gators made buckets.

The Panthers were led by Corbin Pack (17 points) and Jonah Nesmith (15 points).

“That’s a great group of guys,” Dewalt said. “They laid it on the line for us every day. They really set the standard for Carolina Forest basketball.”

Friday's game was a difficult end to a season of highs and lows. Amid the COVID-19 cancellations and postponements, it was unclear how much basketball teams would even get to play.

Still, the Panthers persevered, putting together an undefeated region record and winning the region title. They finished the season at 16-5.

Despite Friday's outcome, Dewalt was pleased with the way his players ended the game. They scored 33 points in the fourth quarter.

“The boys never quit,” he said. “They could have very easily just folded. That game could have went from 30 to 50 or whatever, but they just kept fighting. That’s been what they’ve done all year. They just continued to fight, no matter what the situation was. I couldn’t be more proud of those guys.”

Is the RIDE program worth the price?

On three separate occasions, people in Horry County have voted to assess an extra penny of sales tax to build highway infrastructure. The money has made it possible to construct major highways and road improvements. RIDE III was approved in 2016 by Horry County voters, by a 69.1 to 30.9 percent margin. The tax went into effect on May 1, 2017, and will expire on April 30, 2025. Has the county received a good return on the penny tax? Choices are: