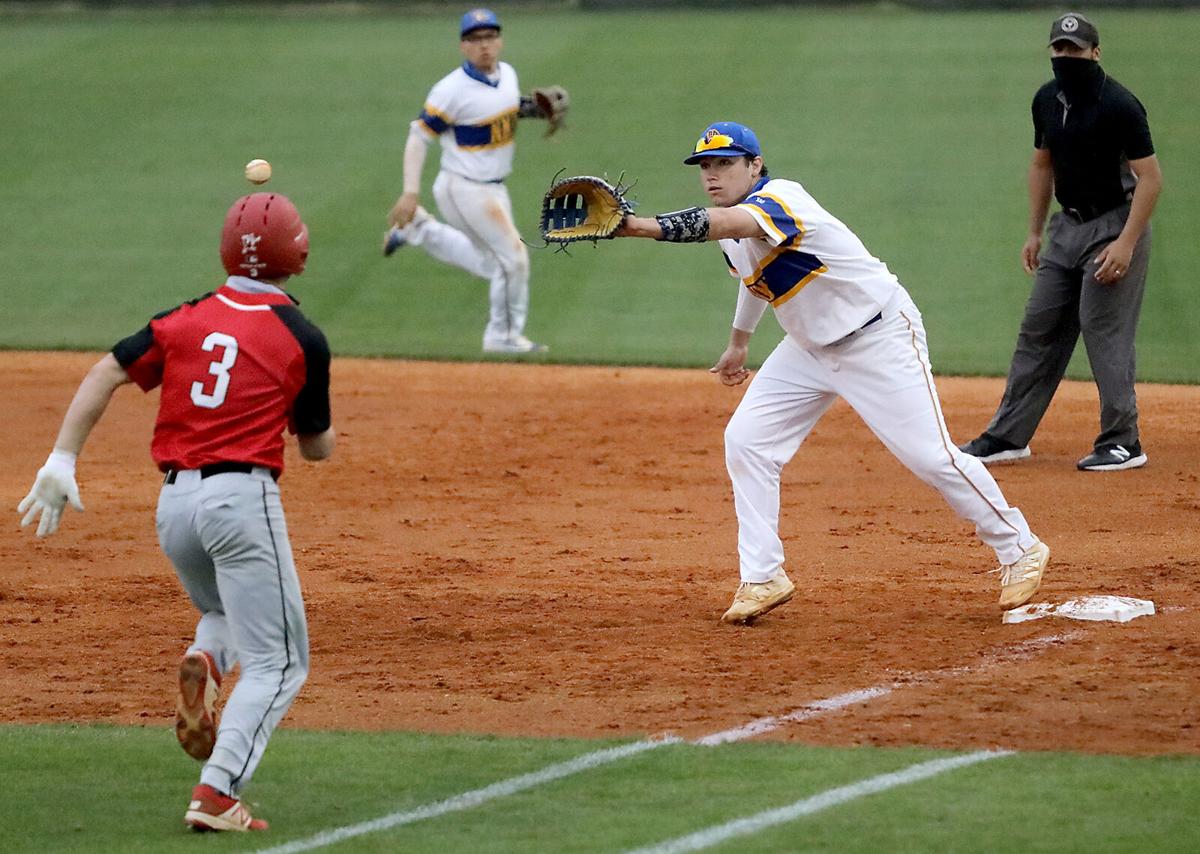 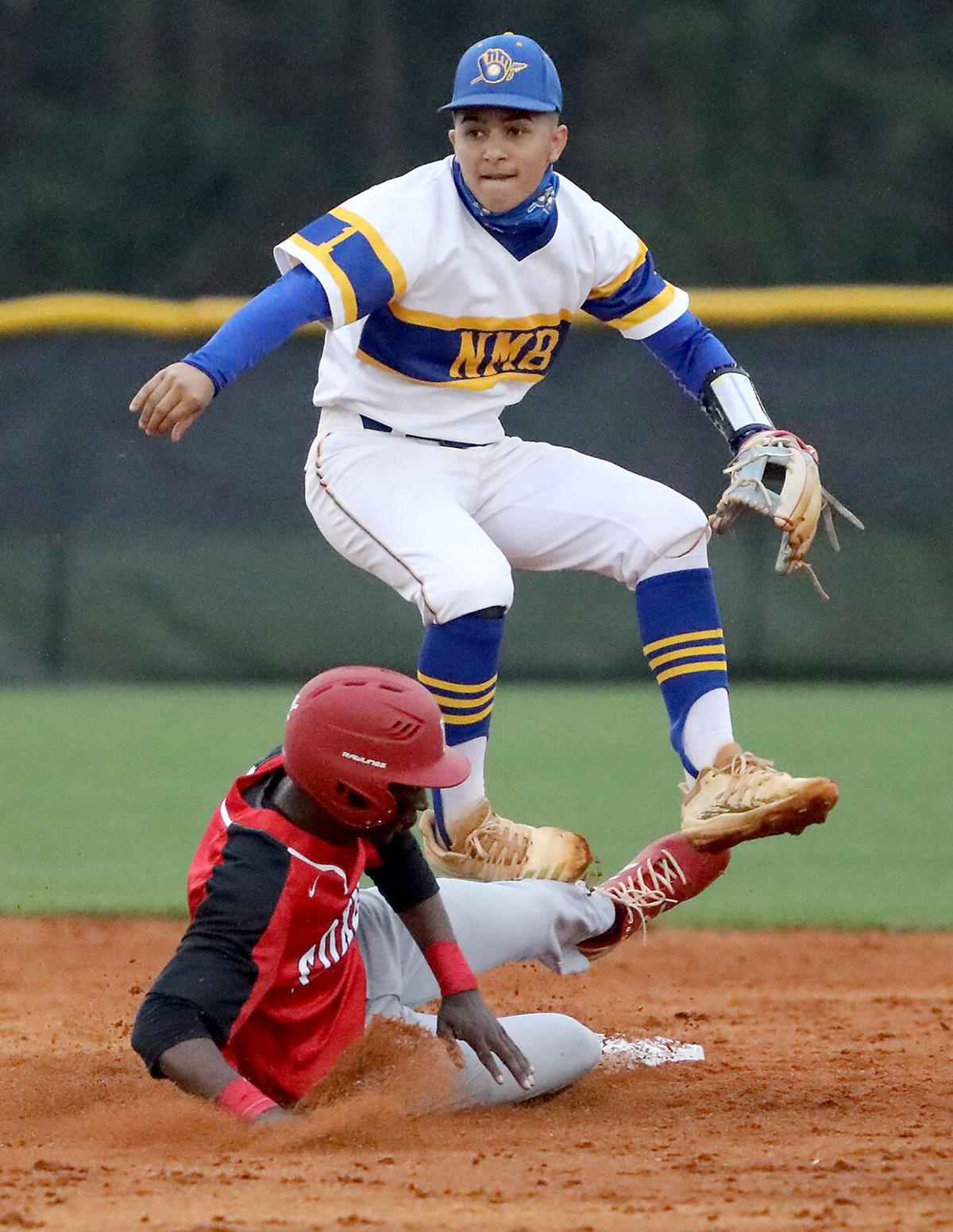 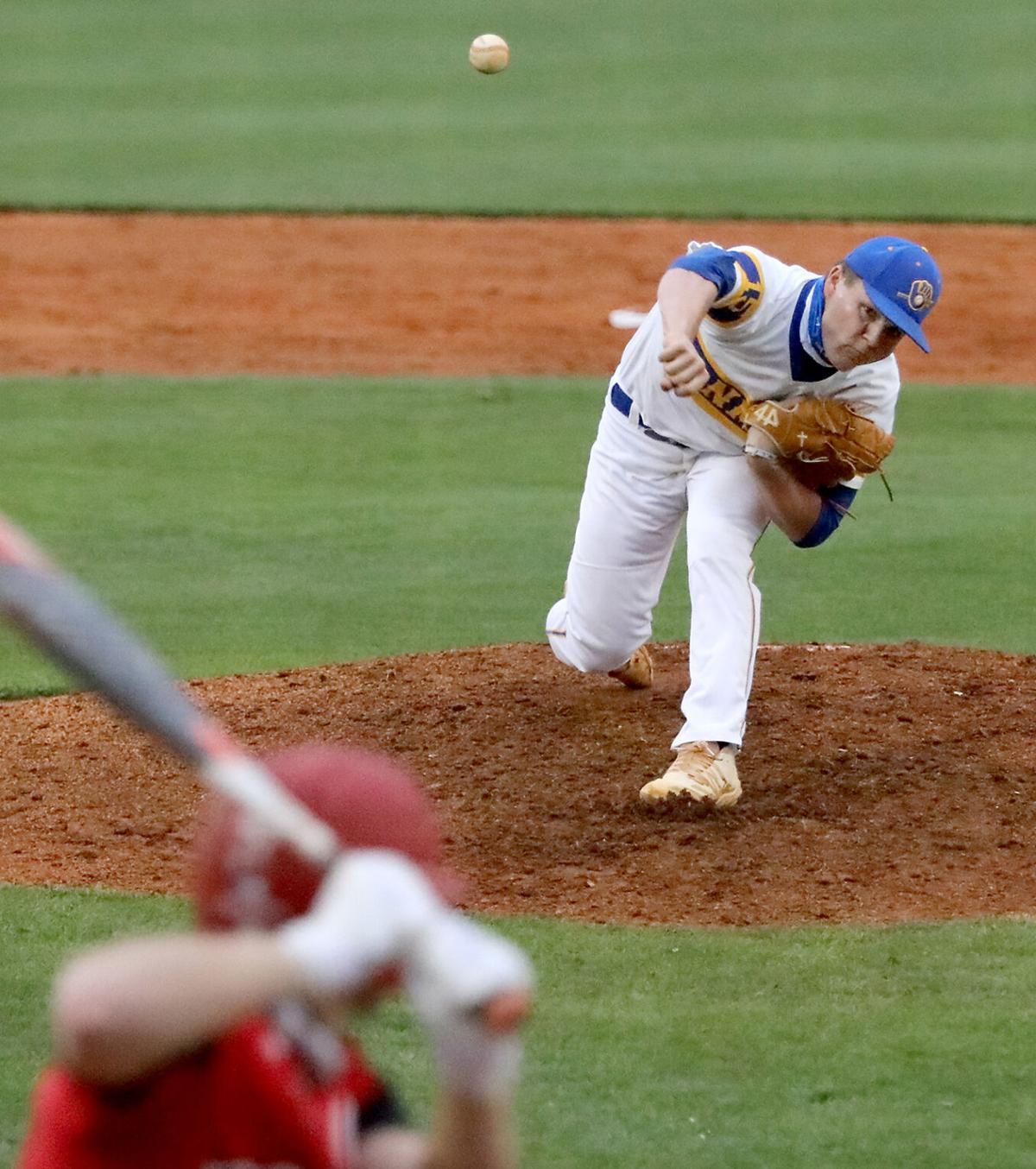 Cam Freeman and his North Myrtle Beach teammates had just seen one of the best pitching performances of the junior’s already stellar career. Freeman struck out 10 Hartsville batters and gave up just two hits.

And, yet, here was coach Brian Alderson in the post-game meeting in centerfield, letting his squad know the reality of the situation.

After the No. 2 Chiefs fell 1-0 to No. 5 Hartville on Friday in eight innings, there was no denying how much of a monkey wrench this week has been for North Myrtle Beach’s plans. Thanks to this loss and Tuesday’s 14-8 defeat to the Red Foxes, any chance of a region championship was relegated to extremely slim hopes.

Even the margin for error for making the playoffs is now unlike anything Alderson has seen this early in a baseball season.

“With the reduced playoffs due to COVID, it puts us in a bad situation. That’s for sure,” Alderson said. “We’ve got to pretty much play clean baseball the rest of the way or we ain’t getting in.”

The contracted postseason format includes just 16 teams from the classification this year, exactly half the normal amount. Only the first- and second-place finishers are guaranteed a spot. Region VI-4A tends to get at-large priorities given the strengths of its teams.

However, that’s a far cry from the expectations the Chiefs had even four days ago.

This isn’t a team that believed it was going to be going after one of the last playoff spots. Friday’s intensity level showed that.

On top of Freeman’s performance on the mound — he wasn’t pulled until there were two Hartsville runners on the bases in the eighth — the team received huge defensive plays from shortstop Jomar Lugo, second baseman J.J. Velez and centerfielder A.J. Vereen. But Hartsville matched it, in large part thanks to junior pitcher Cam Cannarella.

He allowed only three hits in seven innings, and his sacrifice fly in the top of the eighth proved to be the lone and deciding run in the game.

“We are two of the best teams in the state,” Freeman said. “I think if we saw them again, we’d beat them. But they outplayed us.”

Said Alderson: “That was a heck of a performance. He’s gotten so much better as the years have progressed. He’s starting to look like that guy that we all thought he was going to be."

The trick in the coming days and weeks will be figuring out a way to get back on track.

The Chiefs will start their second series, against South Florence, at home on Monday before finishing that one off on the road Thursday. They’ll have a week off from region contests during spring break before finishing in a five-week flurry that will ultimately determine those playoff seedings.

What hasn’t changed is that Alderson still has two of the best pitchers in the state. The plan is for senior Billy Barlow and Freeman to go 1-2 in every region series the rest of the way, and that will likely mean a bunch more wins.

Avoiding any sort of a post-Hartsville hangover will be a priority.

“If me and Billy keep doing what we’re doing,” Freeman said, “I think we’ll be ready to go.”