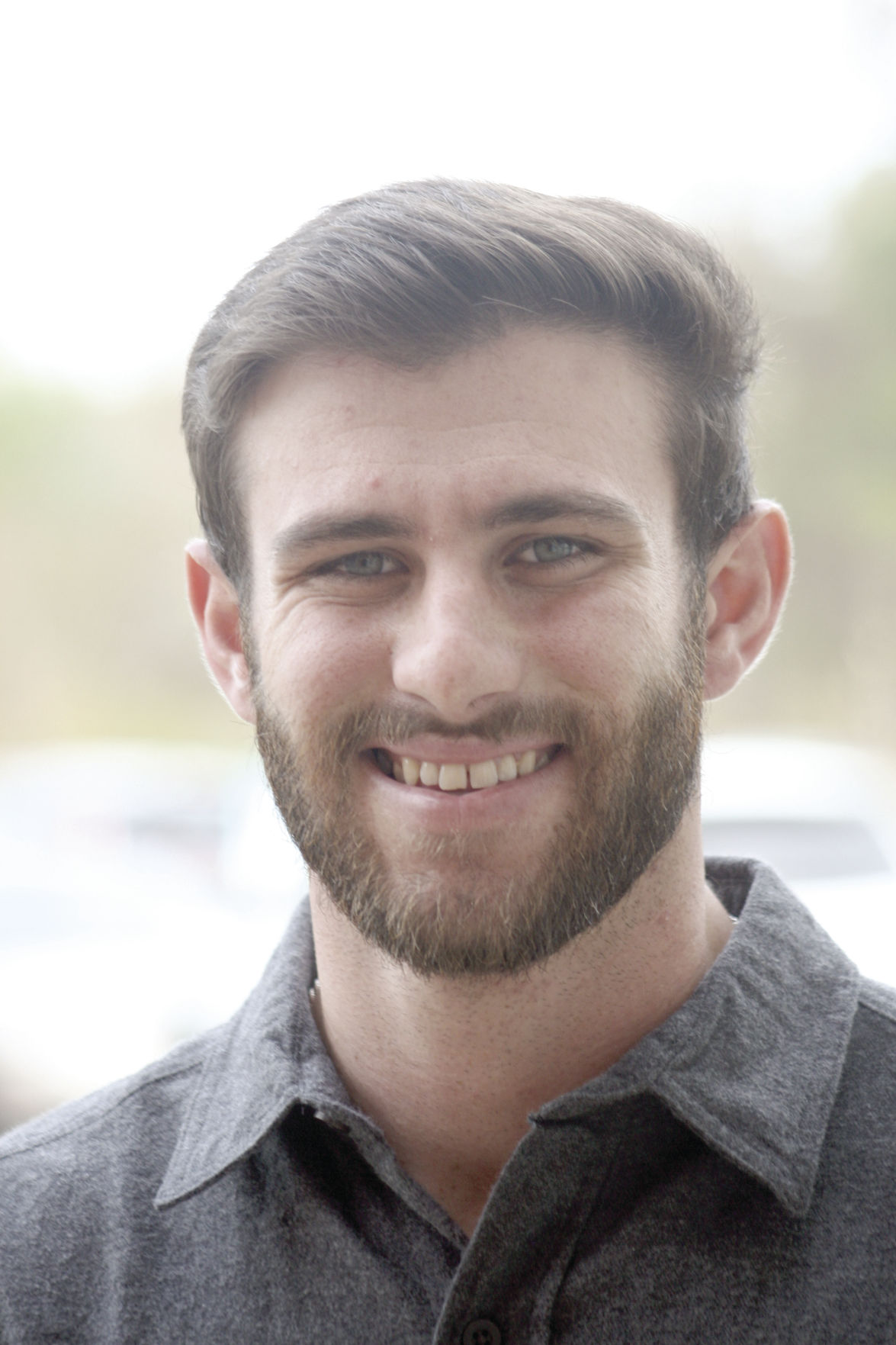 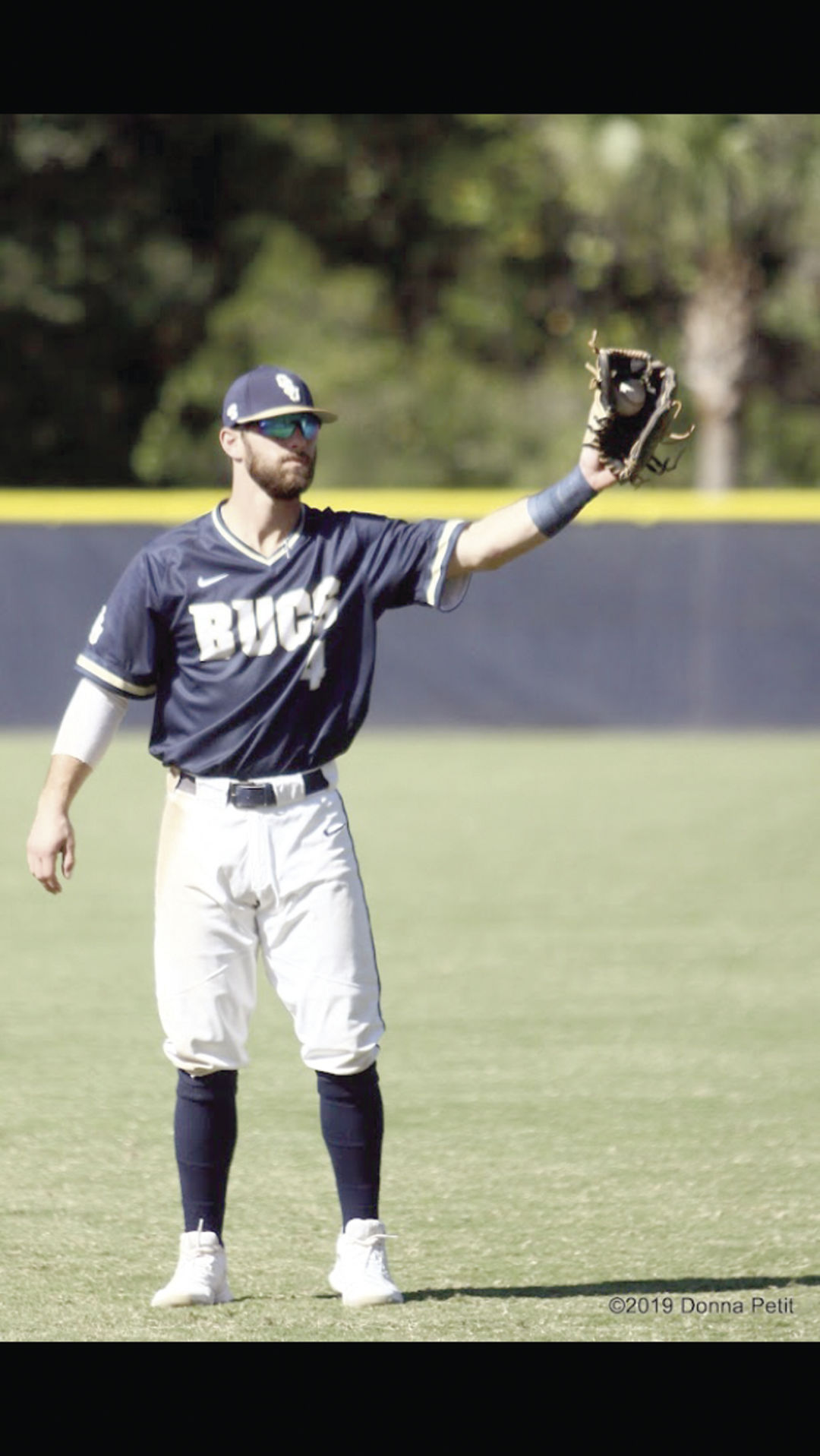 Reid Hardwick wants to offer fans more than just baseball. He wants to tell them about Jesus.

Reid Hardwick wants to offer fans more than just baseball. He wants to tell them about Jesus.

Former Conway baseball standout Reid Hardwick made a couple of stops along the way before finding everything he was looking for at Charleston Southern University.

A redshirt senior, Hardwick is preparing for the 2020 season as the regular third baseman for the Buccaneers.

After graduating from Conway High School in 2016, Hardwick made stops at Winthrop University and Florence Darlington Technical College before deciding Charleston would be his new home away from home.

Now in the middle of his second year at CSU, Hardwick is a new man. He has dedicated his life to serving God and was recently baptized at Langton Baptist Church.

In addition to playing baseball, Hardwick wants to be an example for his teammates and fellow students and help lead them to the saving knowledge of Jesus Christ as their personal Savior.

“I want to be a leader and help change the lives of the guys on the team not just in baseball but their personal lives,” he said. “I’m here to serve the Lord.”

According to Hardwick, Winthrop is a good school, but it wasn’t what he needed at the time.

“It just wasn’t a good fit for me,” he said. “It wasn’t me. It wasn’t my personality. I didn’t see myself staying there four years.”

After a year at Winthrop, Hardwick transferred to Florence Darlington Technical College.

He has been even happier since transferring to CSU.

“I highly recommend Charleston Southern,” he said. “It’s definitely had a big impact on my life, my faith. My faith is a very important part of my life.”

Hardwick is especially fond of the coaches at CSU as well as his teammates on the baseball team.

“Baseball-wise the coaches are amazing,” he said. “They’re young and they get it. We call ‘em coaches, but they’re really like our brothers. I love the coaches and the players. We’re like a family.”

The 21-year-old batted .280 in his first season in Charleston. He started 57 of 58 games and saw action in every contest. Hardwick recorded 66 hits with five doubles, two triples and a home run. He scored 33 runs and drove in 21 more.

The 2019 season highlights for the Conwayite included games against Wofford and Big South Conference foe Campbell.

Hardwick hit a walk-off double in a win over the Terriers in Lexington and was on fire offensively against Campbell pitcher Seth Johnson, who throws in the 97-mile per hour range and who was selected 40th overall in the 2019 Major League Baseball draft.

“I was on fire that day,” Hardwick said of his memorable performance against Johnson in Buies Creek, N.C. “In my first at-bat, I hit a triple off the top of the wall. I had a double in my next at-bat. It made memories.”

Hardwick’s goal for 2020 is to post a higher batting average and lead the Bucs to a winning campaign.

Hardwick believes the Bucs are capable of making a run at the conference title.

“The whole lineup is returning except for two people,” he said. “We have a team, I think that can be in the top three in our conference. I think we can make it to the regionals.”

In addition to a full slate of Big South Conference games against the likes of Winthrop, High Point, Campbell, USC Upstate, Radford, Gardner-Webb, Hampton, Longwood, UNC Asheville and Presbyterian, the Bucs will play a number of Power 5 opponents in 2020 including both South Carolina and Clemson.

The 2020 Big South Conference Tournament will be held in Fayetteville, N.C.

According to Hardwick, collegiate baseball is far different than high school ball.

“Growing up the main thing was playing with my buddies,” he said. “I’m still playing ball, but most of my high school friends are working now. The main thing about high school ball is the friendships. Now, I have these buddies for four years, but after four years it’s back to square one.”

The day-to-day grind, Hardwick said, is much tougher in college.

“The classes are tougher,” he said.  “With college baseball, you go to class in the morning, start baseball about 1 and don’t get through until 6 or 7 at night.”

Players often have weight training first thing in the morning before going to class and then starting the routine all over again.

“It takes a lot of time management skills,” Hardwick said. “It’s like having two full-time jobs. Once you wake up, you don’t stop until you go to bed.”

Hardwick is the second member of his family to play collegiate baseball as older brother Josh played at Brunswick Community College in North Carolina before transferring to Francis Marion University to finish his career.

The teen is studying criminal justice and hopes one day to work for the Department of Natural Resources, possibly as a game warden.

Hardwick also dreams of playing Major League Baseball and plans to give it his best shot.