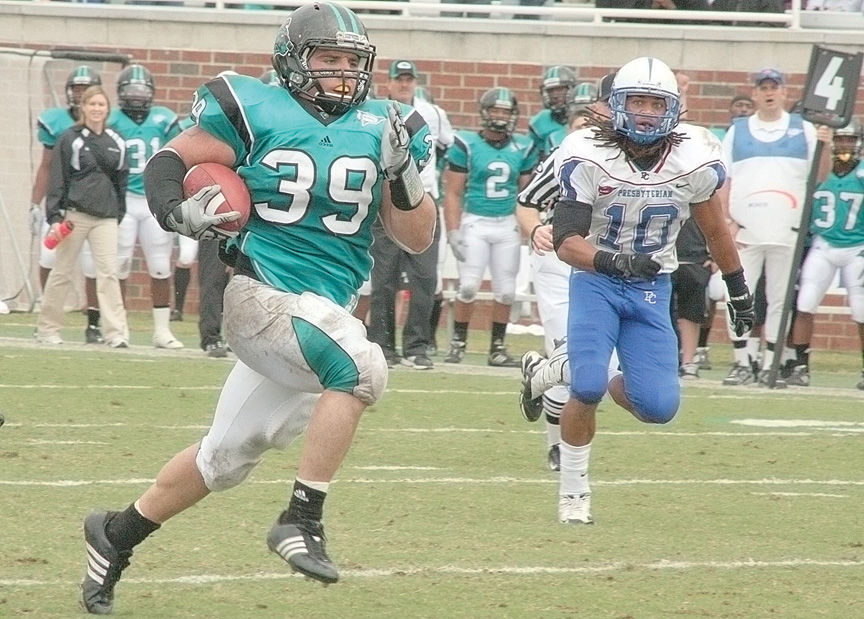 Former CCU running back Tommy Fraser runs for positive yardage in 2009 while a member of the Chanticleers. Fraser went on to play for several professional football teams, including the New Orleans Saints, Omaha Nighthawks, and teams in Germany and Austria. 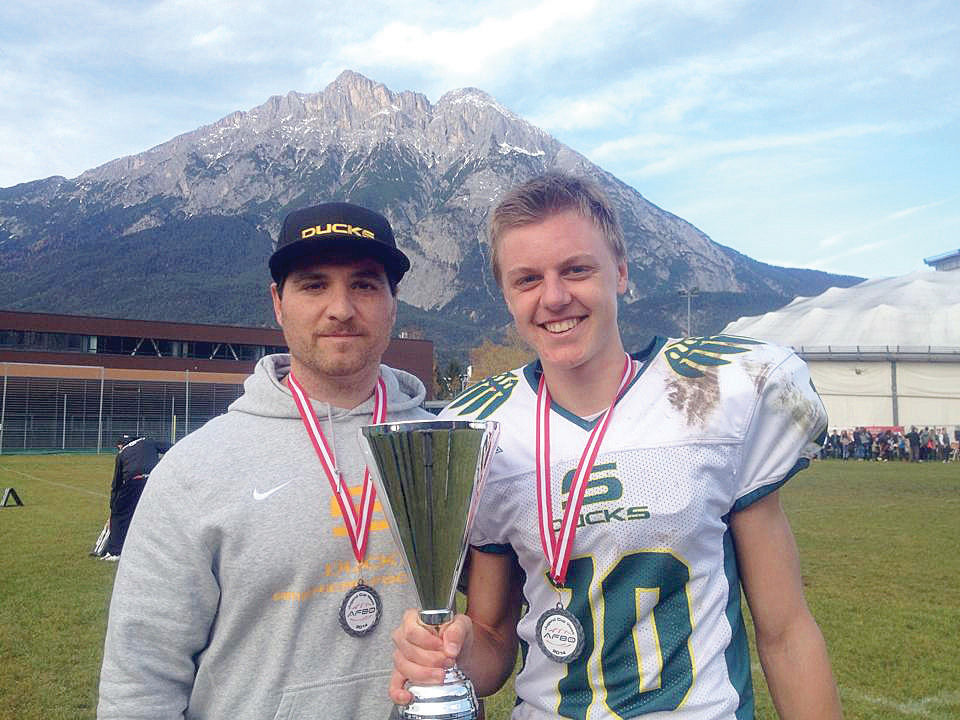 Former CCU running back Tommy Fraser runs for positive yardage in 2009 while a member of the Chanticleers. Fraser went on to play for several professional football teams, including the New Orleans Saints, Omaha Nighthawks, and teams in Germany and Austria.

Not many people can say they play football for one professional team while coaching another. But that’s what Tommy Fraser will be doing next season, and he’ll be doing it in the unlikeliest of places.

Since 2011, the former Carolina Forest and Coastal Carolina alumnus has been playing professional football in Western Europe, first with the Dusseldorf Panthers (Germany) in the German Football League, and currently with the Salzburg Bulls (Austria).

With his professional career winding down, Fraser plans to step into the coaching arena. He’s been named coach of the Salzburg Ducks, a startup franchise that’s also in Austria.

In a land where European football (aka soccer) still rules, American football is quickly gaining in popularity.

Fraser said depending on the game, attendance is roughly comparable to FCS college contests, ranging from a few thousand to more than 15,000 fans.

The quality of players, he said, is top notch.

Most leagues place a cap on the number of American players who can compete on a single team, though Fraser also noted American colleges and some pro teams are beginning to recruit out of Western Europe.

In his sixth season, Vollmer was born in Dusseldorf, Germany (where Fraser played in 2010). Vollmer went on to play for the University of Houston before being drafted in 2009, according to the Patriots’ website.

As for those who follow American football, the European fan base is quite passionate.

“Besides the U.S., Canada and Mexico, Germany is the biggest follower of the NFL,” Fraser said. “The fans really get involved.”

The son of Kenneth and Ana Mabry of Carolina Forest, Fraser played for Coastal Carolina from 2005-2009. He redshirted in 2008 due to injury.

In his senior season, Fraser led the Chants with 671 rushing yards, which at the time was fourth best in CCU history.

He added 798 all-purpose yards and was sixth in the Big South, gaining 61 yards per game.

Before heading to Europe, the Carolina Forest High School graduate was quietly signed by the New Orleans Saints following the 2010 draft, but his NFL career got cut short due to injury.

Later in 2010 he signed with the Omaha Nighthawks in the UFL, though not under current CCU coach Joe Moglia, who took over as Nighthawk coach in 2011.

He’s impressed by what Coastal Carolina has accomplished under Moglia, though he says he has no regrets about not playing for the former CEO of TD Ameritrade.

“After the UFL, I had a chance to either play arena football in the U.S. or take chance in Europe,” Fraser said. “It was a once in a lifetime opportunity to travel to Europe and do what I love at the same time.”

This season will be Fraser’s last as a professional football player. The Bulls kick off their season in April.Later this summer, he’ll dive into his role as coach of the Salzburg Ducks, which like most European teams, include youth and teen levels in addition to professional ranks.

“I still have the passion to play the game, but you get to a point where you say that’s it. It takes such a pounding on the body and so much effort in the gym,” he said. “I know I can help others reach their goals and get them to where they want to be.”

I think I have a gift to help these young athletes to reach their goal and maybe even get a scholarship playing football.”