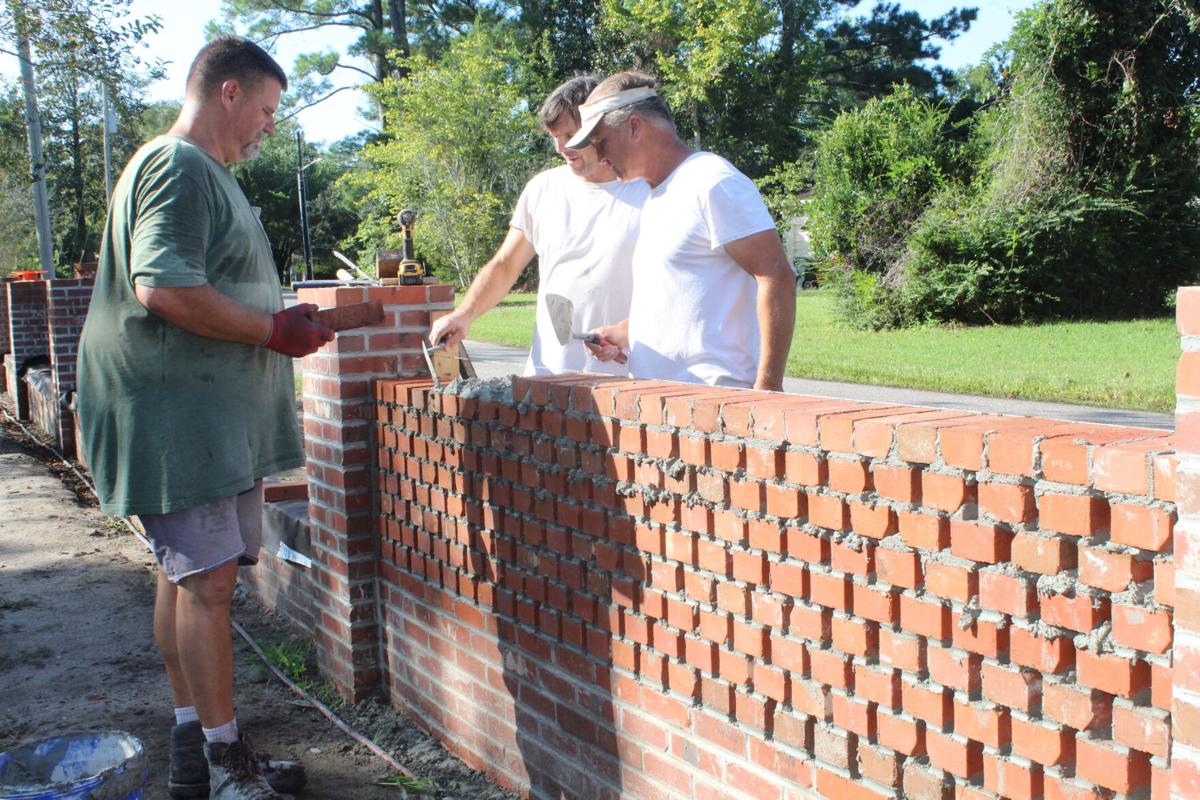 Daniel Stalvey, owner of Daniel Stalvey Construction, back right, David Hull, left back, and Mark Rockefeller, front, were busy working Monday morning building a new wall at Lakeside Cemetery. They hope to have the wall completed in about one month. Members of the Cemetery Committee hope that once residents see the great improvement underway, they donate to the project. 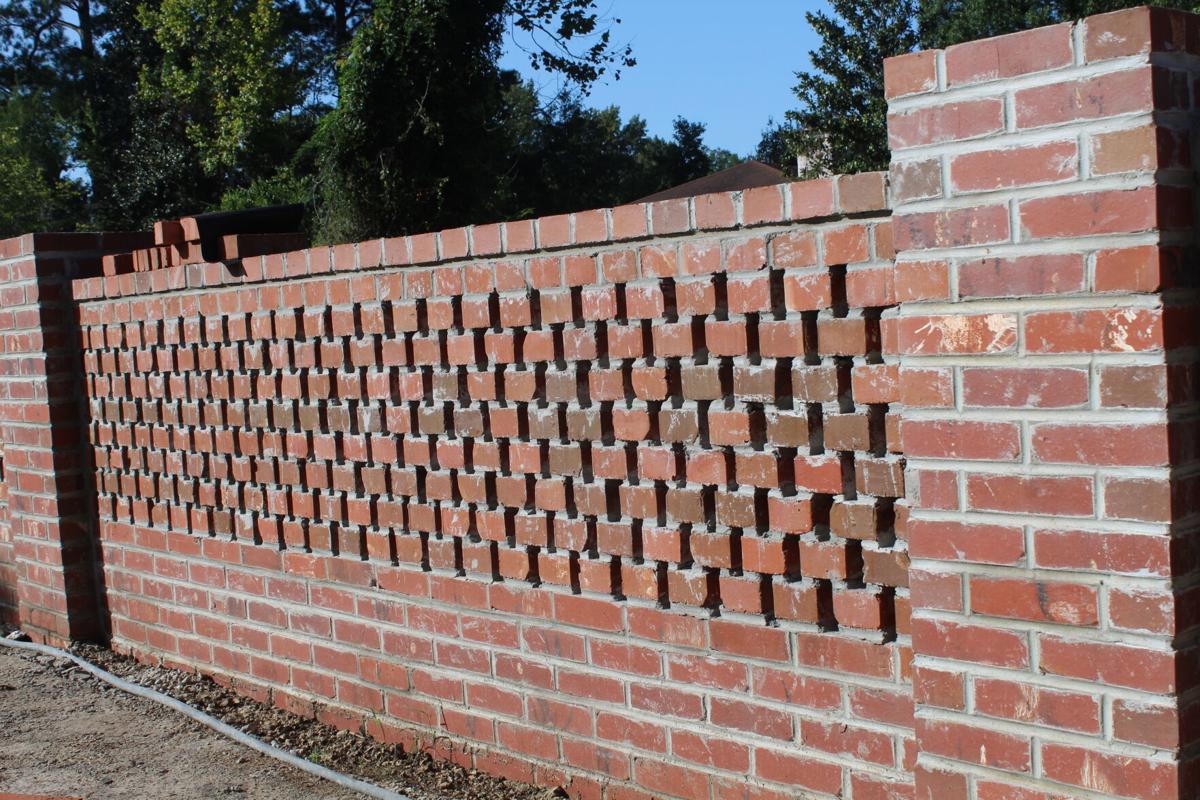 This section of the new wall at Lakeside Cemetery, although not quite complete, shows Conwayites how nice the wall will look when it's complete.

Daniel Stalvey, owner of Daniel Stalvey Construction, back right, David Hull, left back, and Mark Rockefeller, front, were busy working Monday morning building a new wall at Lakeside Cemetery. They hope to have the wall completed in about one month. Members of the Cemetery Committee hope that once residents see the great improvement underway, they donate to the project.

This section of the new wall at Lakeside Cemetery, although not quite complete, shows Conwayites how nice the wall will look when it's complete.

A two-year struggle to improve Lakeside Cemetery is coming to fruition brick by brick.

The Lakeside Cemetery Committee decided about two years ago to remove the hedge of bushes along Lakewood Avenue and replace them with a beautiful brick wall, according to committee chairwoman Deborah Vrooman, who said going through the bidding process took almost a year.

A crew, headed by Daniel Stalvey, owner of Daniel Stalvey Construction, hopes to have the wall completed in about another month or so.

Richard Johnson, well known to Conwayites as the former owner of Historical Ironworks of Conway, designed the wall at no cost for the committee, whose members were trying to come up with an idea that would require less maintenance, withstand time and fit the historical nature of the cemetery and, perhaps most importantly, “fit the charm of Conway,” Vrooman said.

“I’m excited about the wall. I think the wall looks good,” she said, adding that most people who have ridden by and seen it have given it thumbs up.

“…and the people that I have talked with, they really like it,” she said.

Vrooman says the cemetery has been very important over the years, not only to people who have loved ones buried there. Conwayites use the cemetery almost like a park. They ride their bicycles there, travel through in their golf carts and walk through just to enjoy the cemetery’s beauty and history.

Committee member Ben Burroughs said he expects donations to pick up now that people can see what the wall will look like.

“I just think it’s going to look great when it’s done. I really do, and we’re going to clean up at the front, at the main entrance. We yanked out all of the overgrown vines and bushes out of that area,” he said.

They also took a seriously long look at two trees, a cedar and a water oak. Both were dying or likely would die quicker if they trimmed them back, he said.

So, they made the really hard decision to have both of them removed. They plan to grind the stumps, fill in and level the ground in front of the main entrance and sod it with grass.

They also plan to move some azaleas around and let them form a backdrop behind the main gates.

“When they bloom, it will be beautiful,” Burroughs said.

Anyone who wants to donate to the cemetery cleanup and wall construction can send their donations to City of Conway Finance Director Allison Williams at P.O. Box 1075, Conway, SC 29528. Checks need to be accompanied with a letter or note indicating the funds are for the Lakeside Brick Wall project so there is no confusion, according to Williams.

Contributions can be made in honor of or in memory of someone. Contributions of $5,000 or more will be recognized with small bronze plaques, like the ones on Conway’s Main Street Memorial Bridge. Donation letters and forms can be found online at cityofconway.com. On the left side of the front page, go to Residents and then City Cemeteries.

Burroughs is hoping that all of the work will be done by Thanksgiving or Christmas.

Vrooman says although the wall already looks great, there is more that will be done before it’s complete.

She, too, is encouraging people to donate to the project.

The wall comes with a $160,000 price tag. The committee has $35,000 in hand. Vrooman says the pandemic has hindered the committee’s ability to get out and raise funds the way its members had planned.

“We think now that the wall is going up and people can see what the vision is that hopefully people would be more inclined to contribute, and certainly no gift is too small and no gift is too large,” she said.