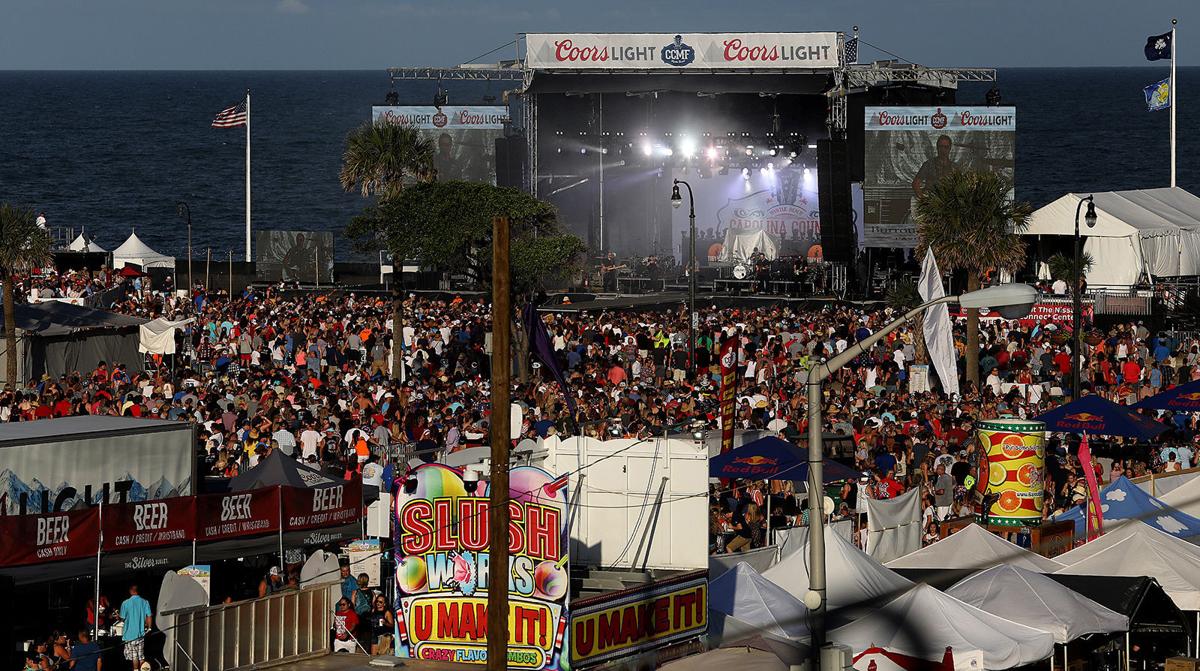 A scene from the 2018 Carolina Country Music Fest shows the crowd spilling from Ocean Boulevard toward Kings Highway between 8th and 9th avenues north in Myrtle Beach. Photo by Janet Morgan/janet.morgan@myhorrynews.com 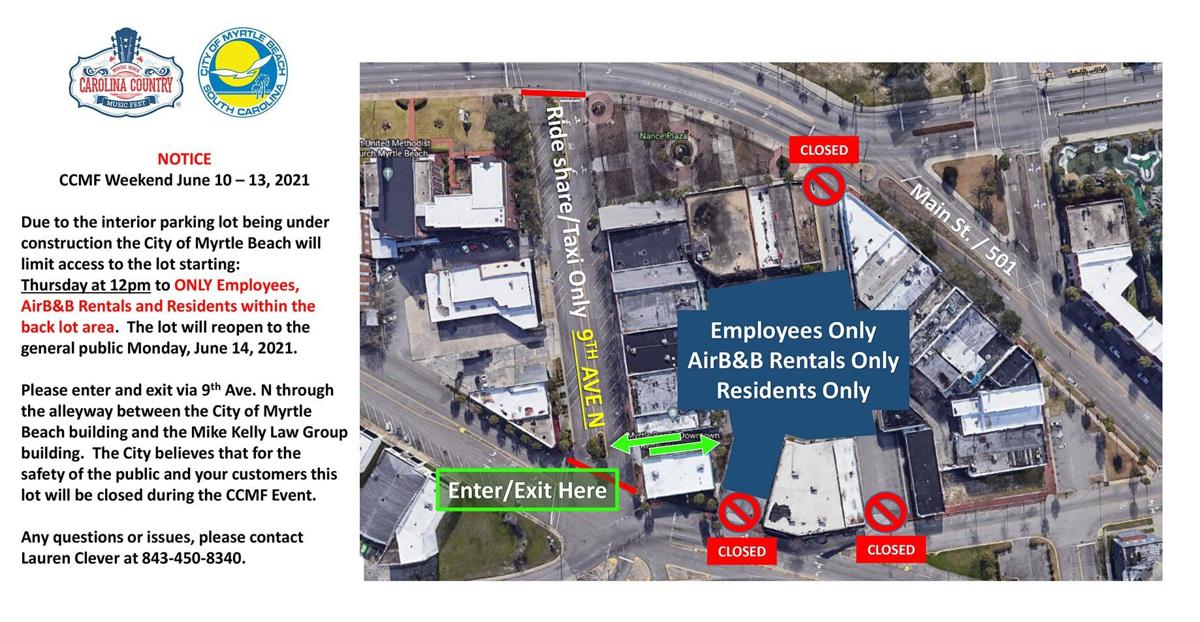 According to a release Monday morning, no CCMF parking will be allowed in the interior public parking space bounded by Ninth Avenue North, Kings Highway, Main Street and Broadway/Oak Street in Myrtle Beach due to construction. Parking will only be allowed for tenants of those buildings starting Thursday evening and will continue through Sunday. Photo courtesy to City of Myrtle Beach.

Myrtle Beach officials expect traffic to be congested around the former Pavilion area in downtown as headliners are set to take the stage for the sold-out 2021 Carolina Country Music Fest.

City officials announced Tuesday morning the traffic patterns, parking and shuttle details ahead of the festival, which runs from Thursday to Sunday.

According to the release, road closures will begin Tuesday with one lane of westbound 8th Avenue North along with the parking spaces along the road. Officials said 8th Avenue North and the eastbound lanes of 9th Avenue North will be closed, as well as 8th Avenue North and Ocean Boulevard on Wednesday.
Parking, ticketing and Ground Zero will be located behind the parking garage on 10th Avenue North, the release said. Overflow parking will be at the former Myrtle Square Mall site across from the Myrtle Beach Convention Center. Shuttle buses will be used and attendees may be dropped off on Chester Street by the parking garage.
According to a release Monday morning, no CCMF parking will be allowed in the interior public parking space bounded by 9th Avenue North, Kings Highway, Main Street and Broadway/Oak Street in Myrtle Beach due to construction. Parking will only be allowed for tenants of those buildings starting Thursday evening through Sunday.
Rideshare services such as Uber and Lyft will use 9th Avenue North between Kings Highway and Oak Street for pick-up and drop-off.
The gates to CCMF are set open Thursday at 5:30 p.m. as some of country music's biggest stars like Eric Church, Luke Combs, Jake Owen and Darius Rucker will take to the Grand Strand for the four-day festival.