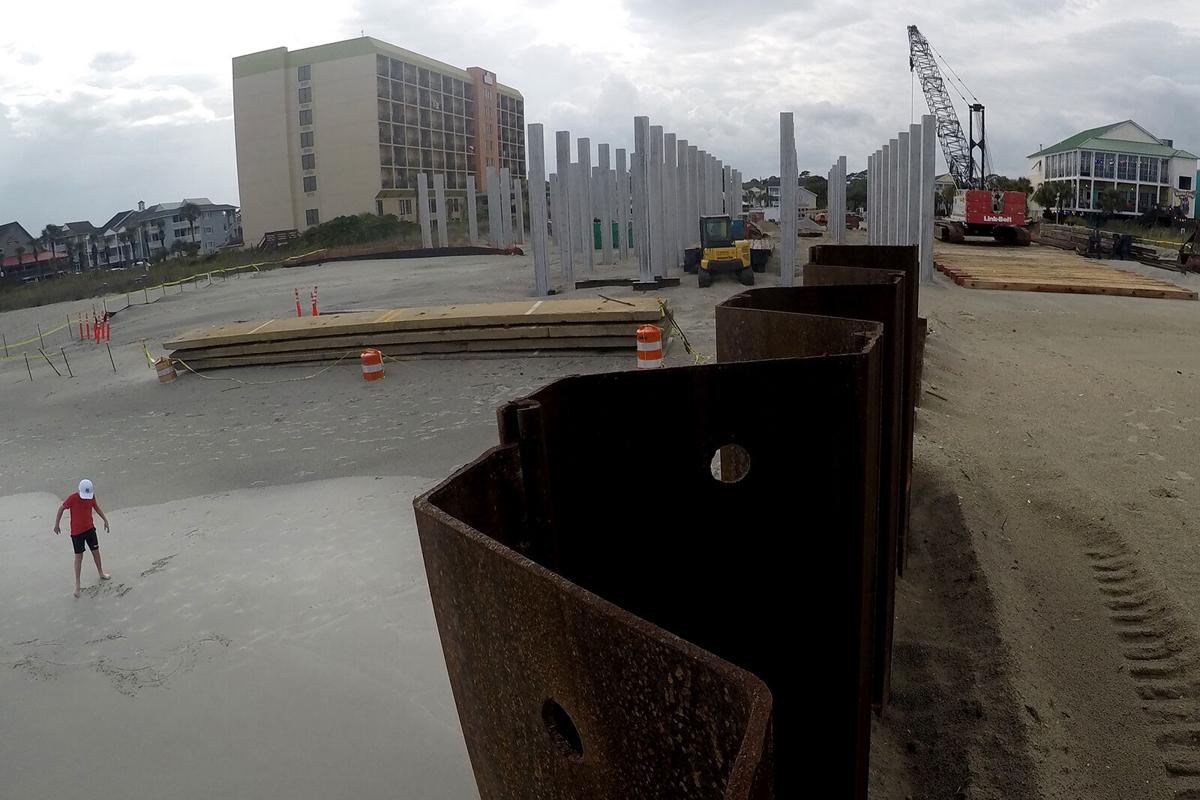 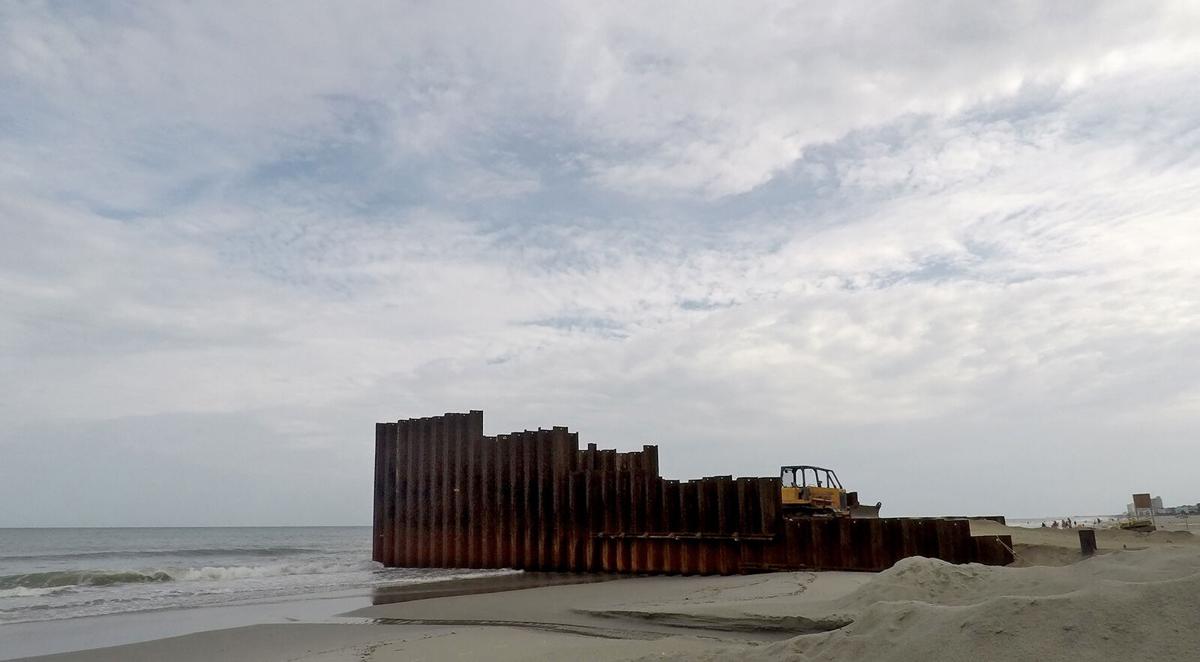 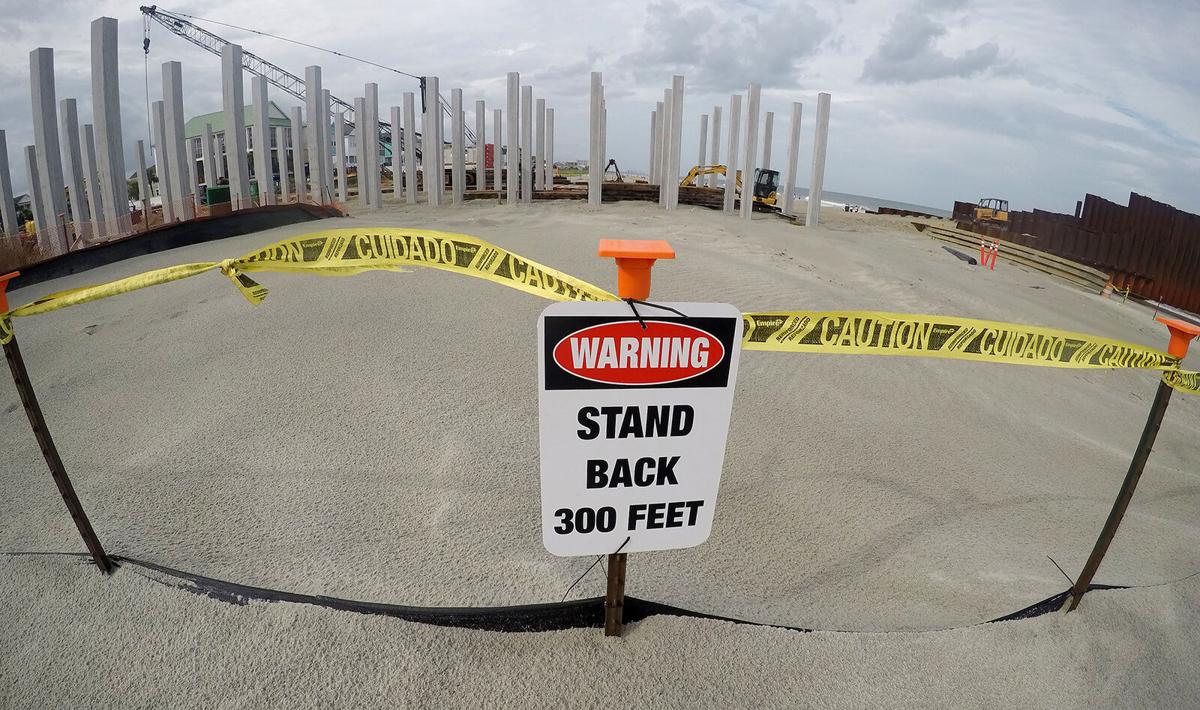 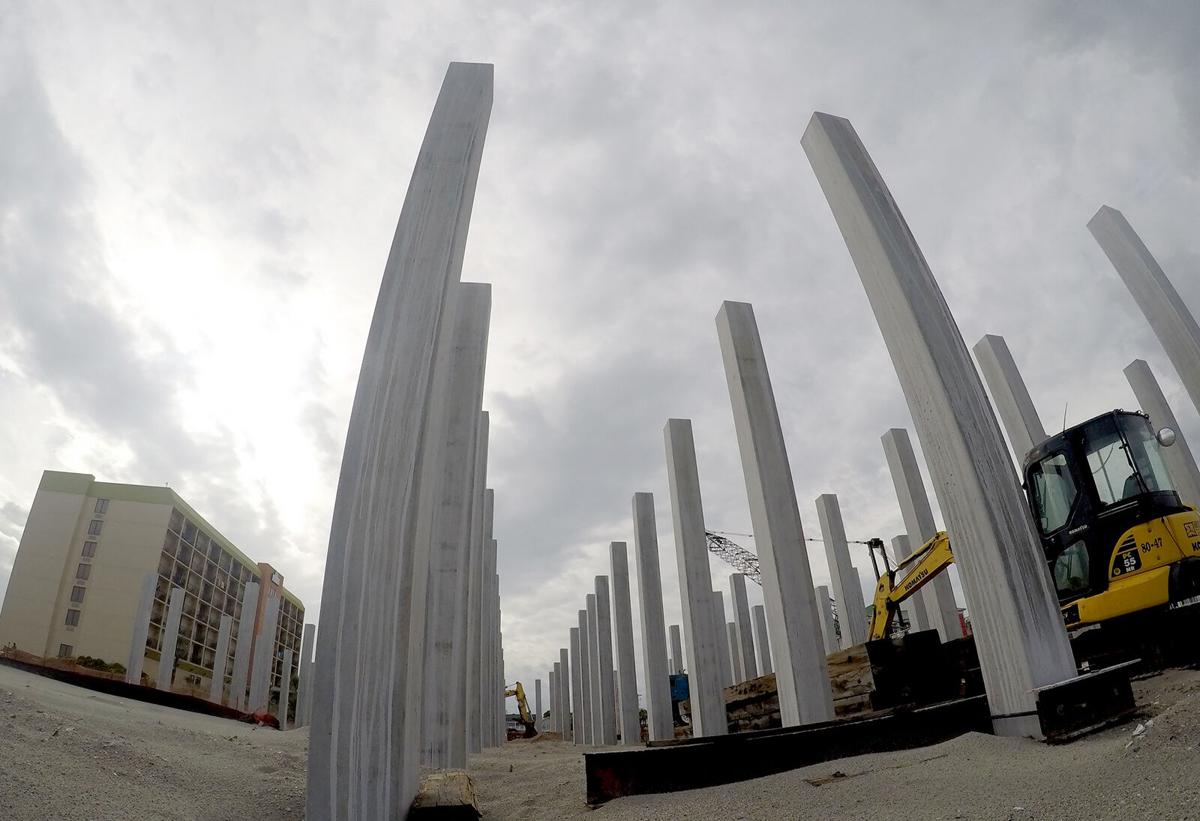 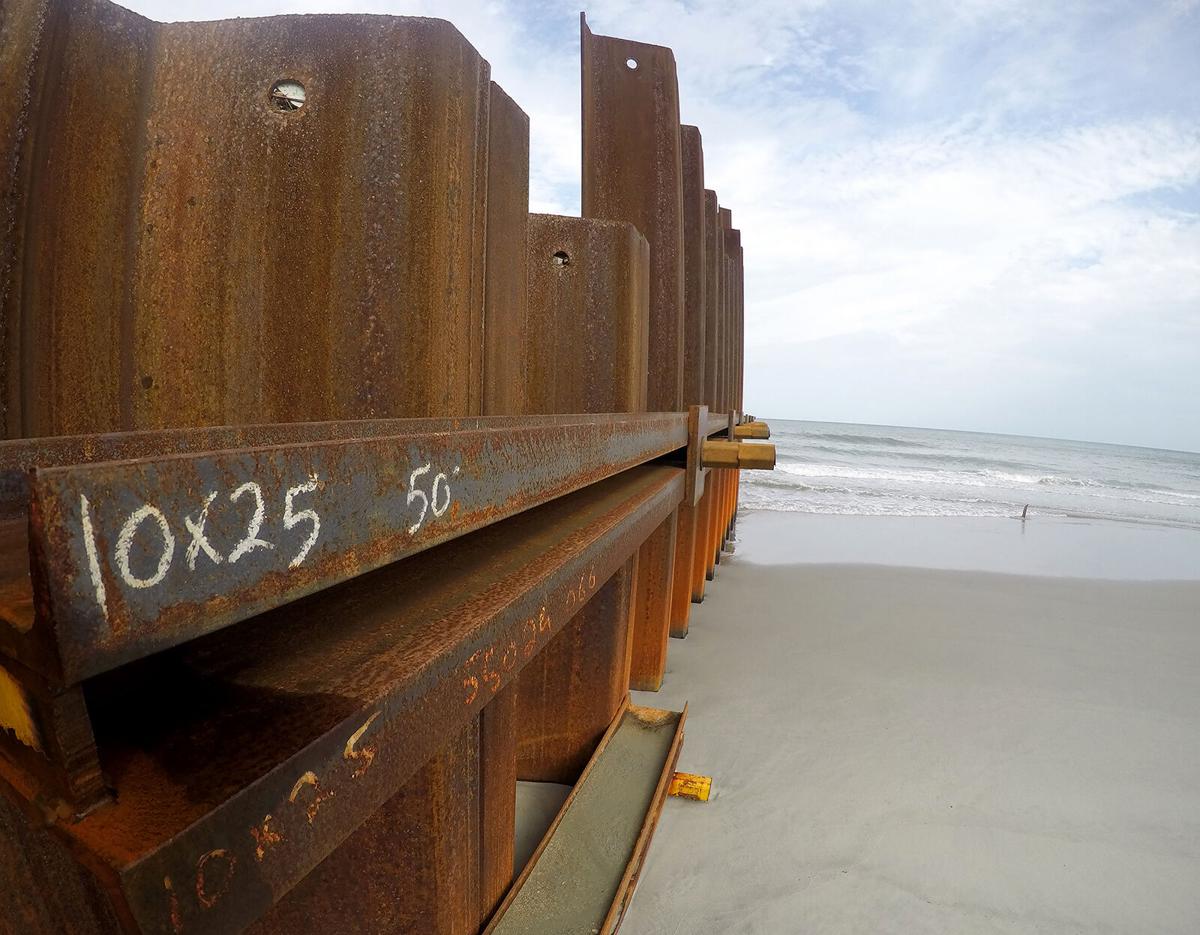 The town of Surfside Beach expects to complete construction on the Surfside Pier in the fall of 2022, according to Town Administrator Bill Shanahan.

“Our goal was July 4, 2022,” Shanahan said. “But we had a plan that said we would put steel piles in the water, and in fact they had to be concrete piles so we had to switch.”

The town is using concrete to ensure the $13 million pier can withstand winds up to 100 miles per hour, unlike the original that was destroyed in 2016 by Hurricane Matthew.

“The last one was blown to pieces," Shanahan said, "and we don’t want that to ever happen again.”

Once completed, the pier will host a restaurant, The Atlantic, and lease out space in two other buildings and open parts of the pier to vendors.

It will also generate revenue from its parking lot, which has been closed for construction. The town is looking at charging for entry, but no decision has been made.

“We will keep our promise,” Shanahan said, explaining that the pier should pay for itself. “We are not going to raise taxes because of this pier.”

Builders will begin installing still piles in the coming weeks, beginning the next phase of development.

“In 3-4 weeks you’re going to start seeing some of these piles go into the water,” Shanahan said. “That’s probably a six-month part of the process."

Construction of the pier, located in Surfside’s entertainment district, has been delayed by lawsuits and rescinded offers.

The suit argued the by entering closed session and failing to list the vote on the agenda, the council members deprived the public of the right to comment and hear officials discuss their reasoning.

The vote was nullified on Aug. 3. Shanahan said that there is currently no pending lawsuit regarding the pier.

The town has since contracted Consensus Construction to build the project, which will extend 800 yards into the ocean.

It will be funded by a $10 million grant from the Federal Emergency Management Agency, fund transfers from beach renourishment and a bond.

CONSTRUCTION CLEANERS REQUIRED FOR A BUSY CLEANING COMPANY $10.50 PER ATTENDED HOUR ALL EQUIPMENT CHEMICALS UNIFORM AND TRAVEL TO THE JOBSITES PROVIDED BY THE COMPANY.