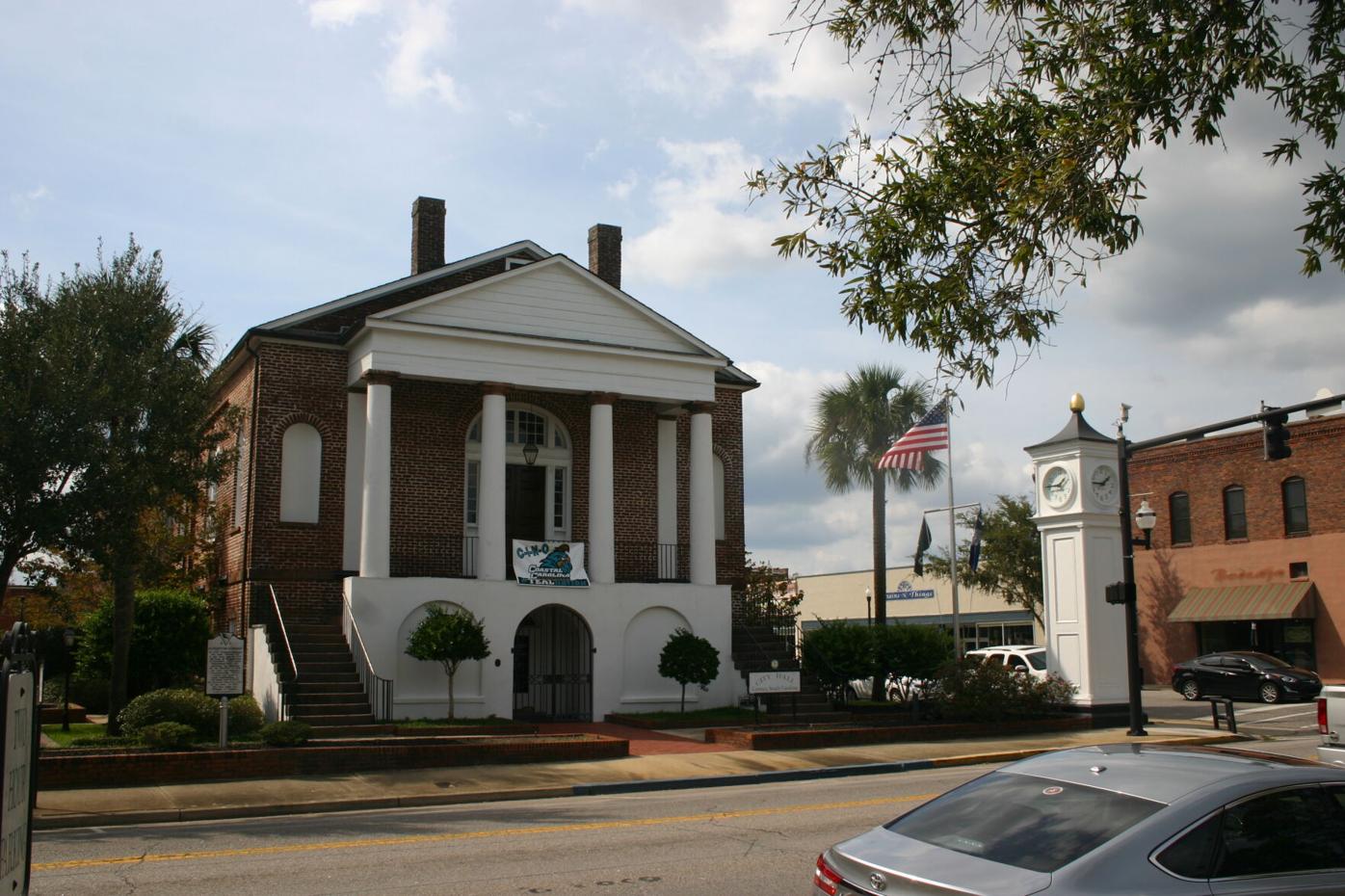 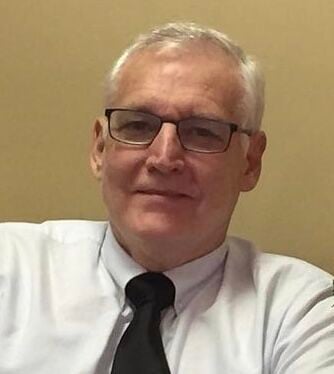 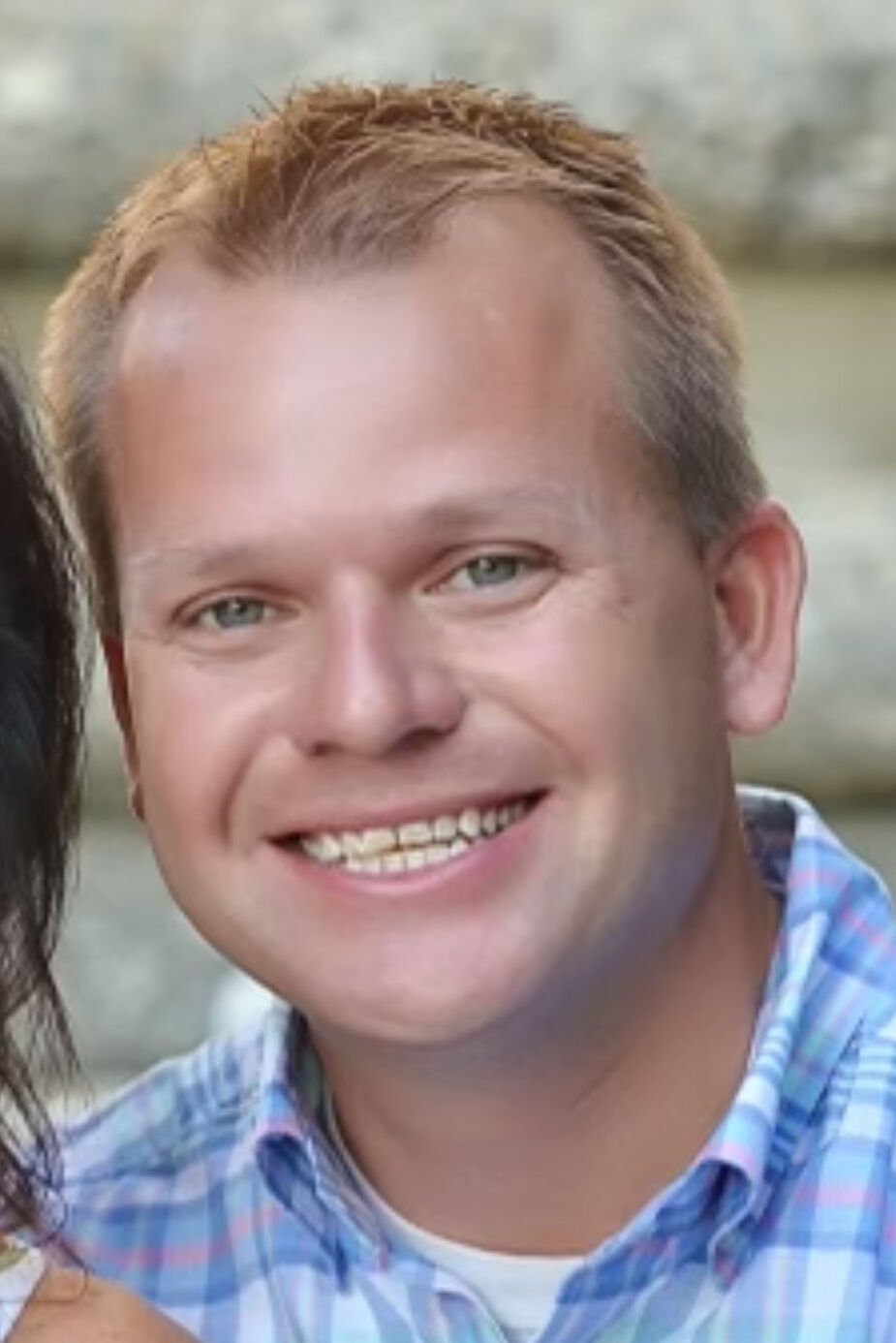 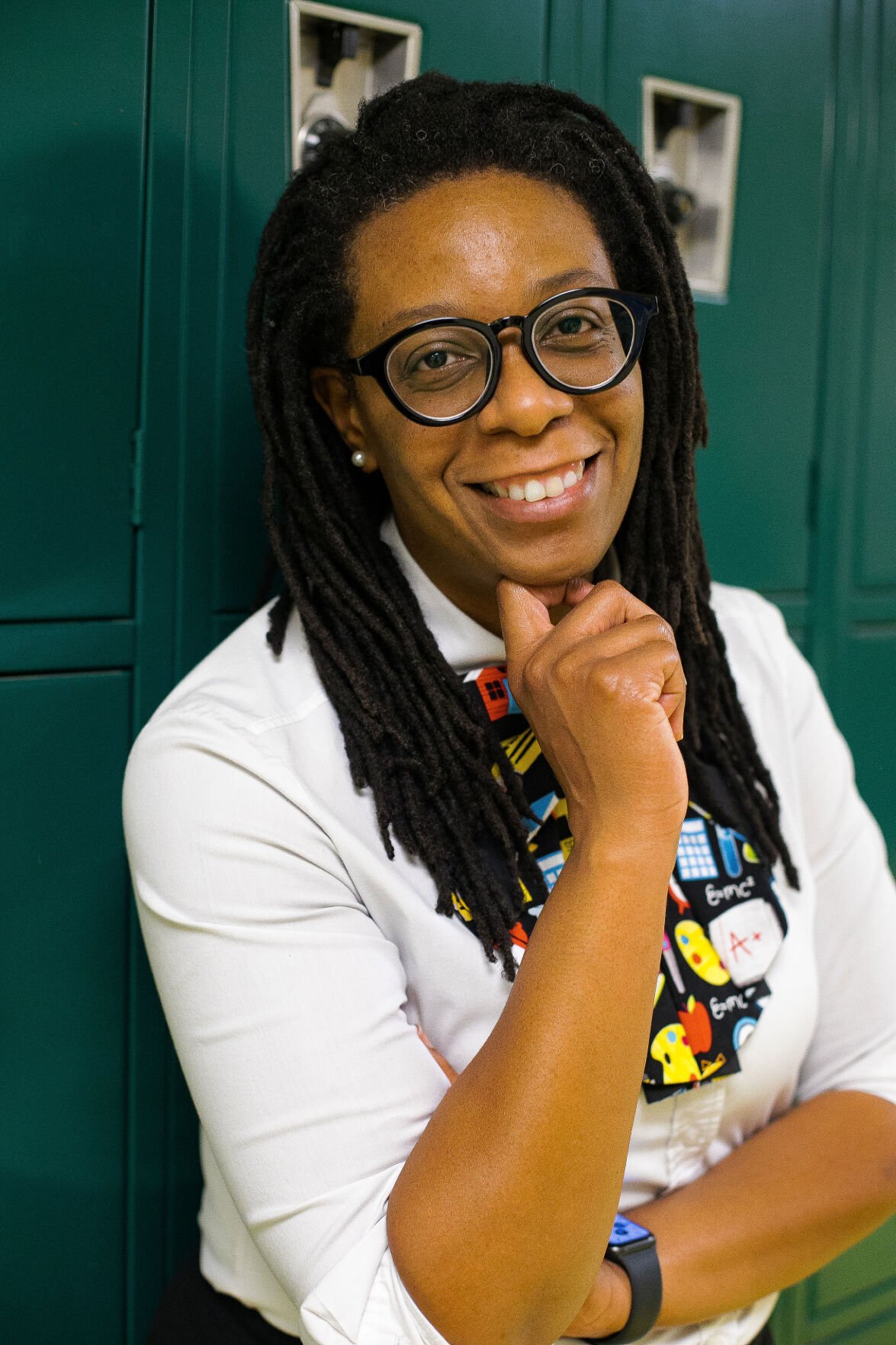 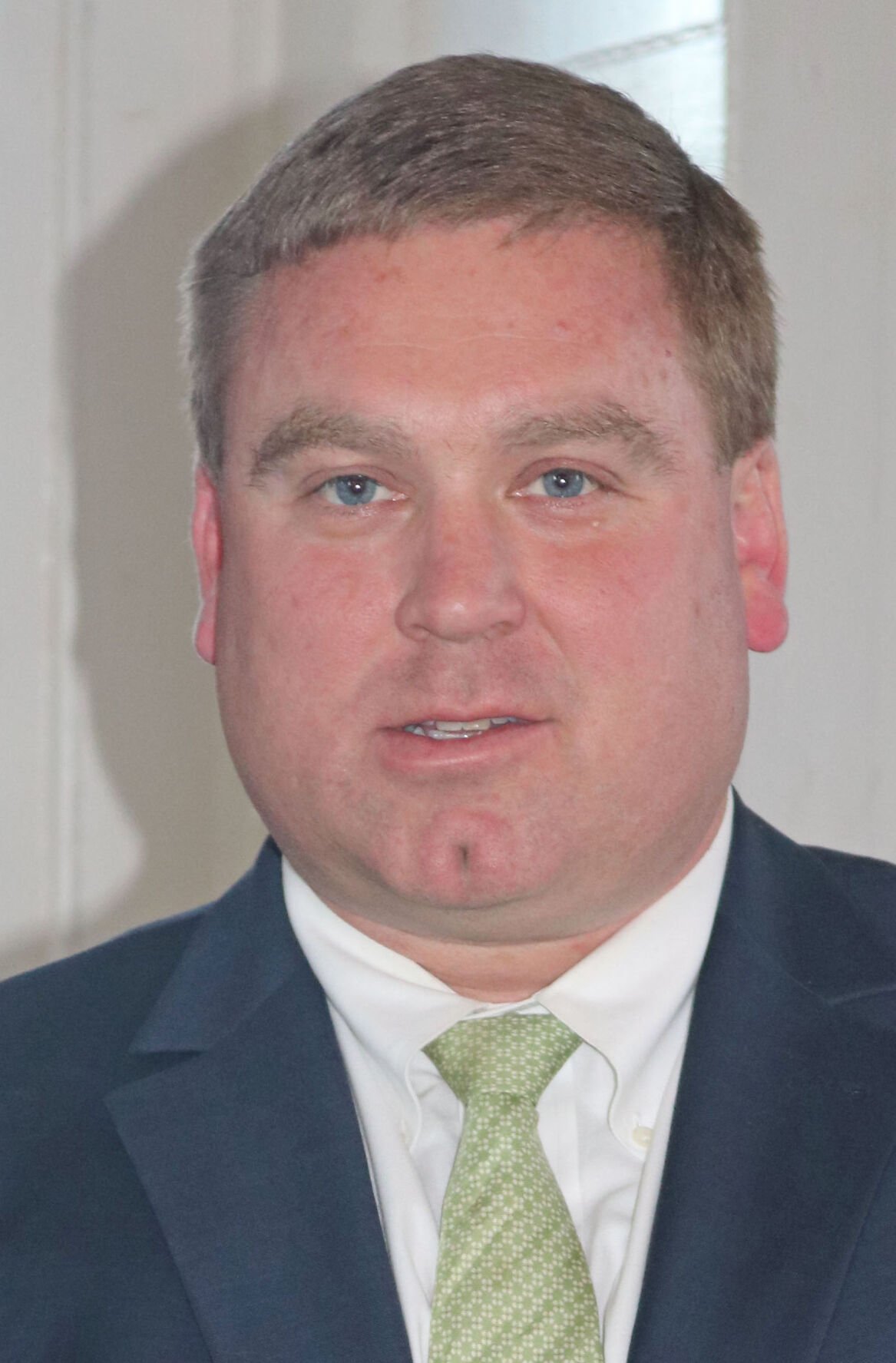 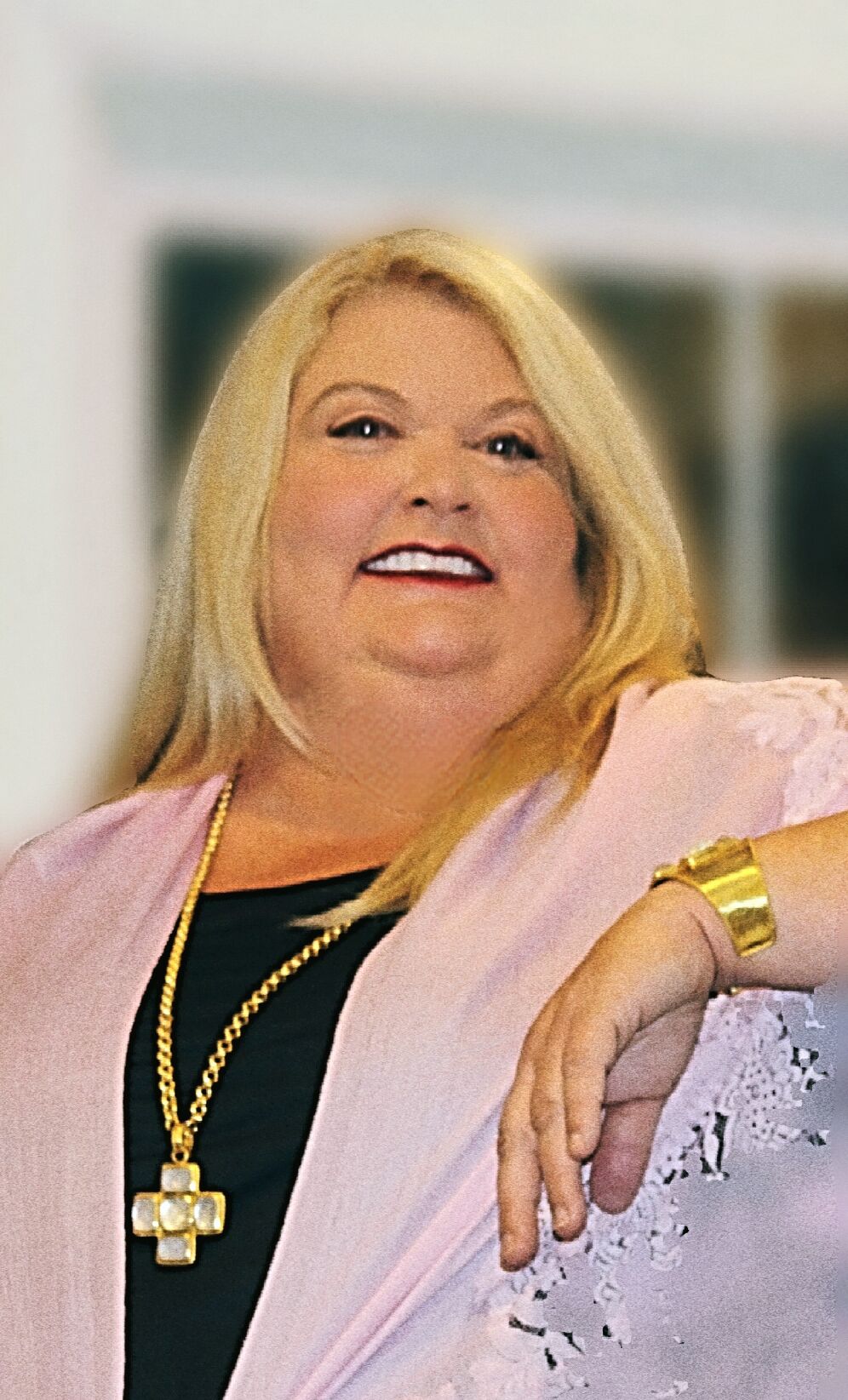 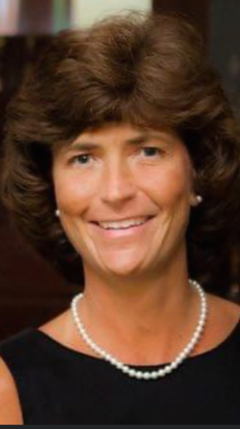 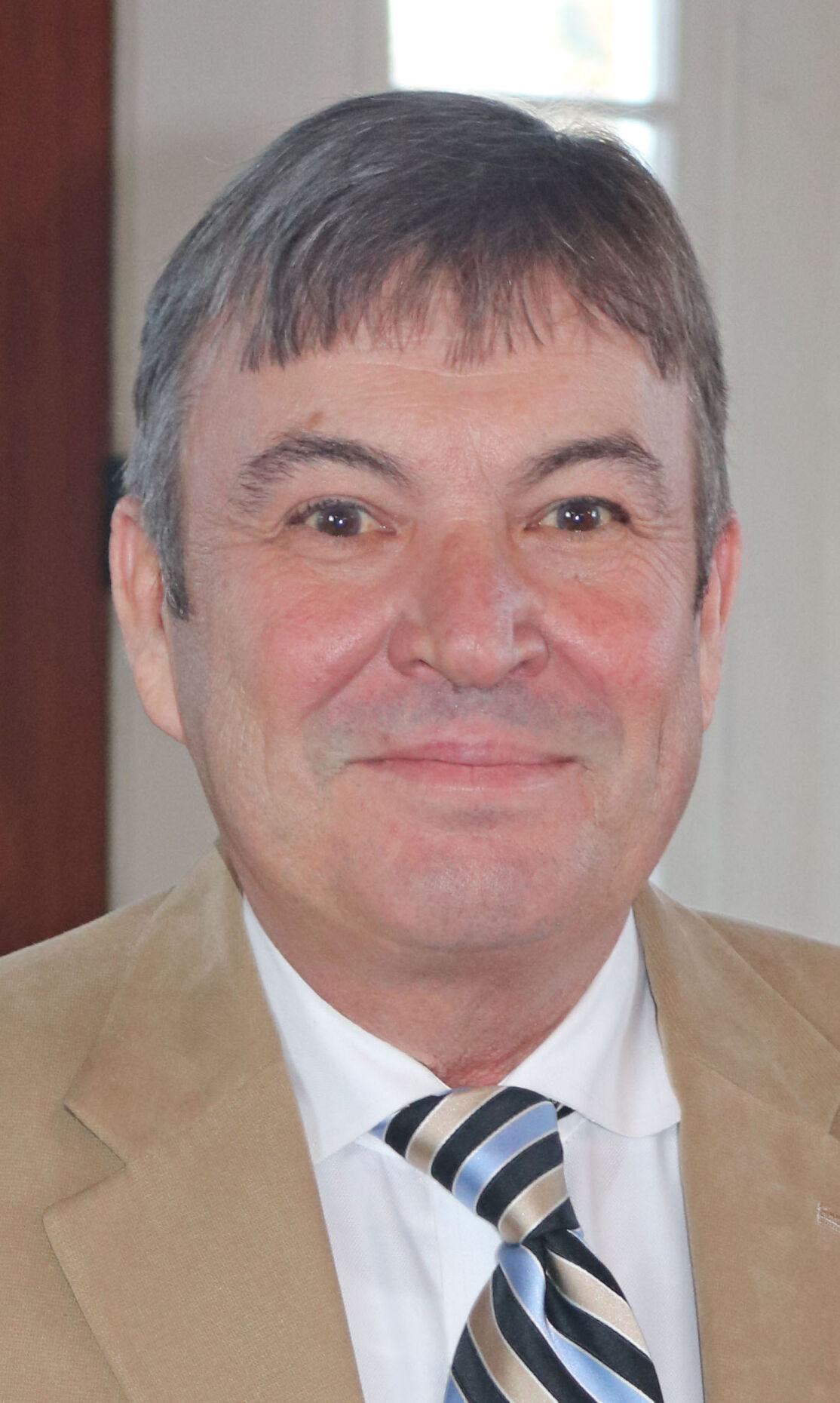 Although filing doesn’t open for the Conway City Council race for another week, at least seven candidates are ready to sign up to run for one of the three open seats.

Randy Alford, an eight-year veteran of Conway City Council thinks this is the year for him to return to council.

“It’s a hard choice because it’s really a sacrifice unless you’re just going to go to the meetings,” he said,

That isn’t the case with him. When he served on council from 2005-2010 and 2014-2017, he spent considerable hours every week doing the legwork that he thinks is necessary to be an informed and productive member of council.

He believes as the owner of Carolina Coast Insurance, his knowledge of finances and budgets makes him fully prepared to serve in a government position, and he especially likes the idea of working on the municipal level.

“I still think the municipal government is the best government…At the city level you can actually solve the problems. It’s certainly all doable, especially in a city like Conway that has some economic prosperity,” he said.

He also points to revenue that must be growing as the city’s population has almost tripled in recent years.

Yet, he said, “It’s hard for a city so steeped in tradition to go through growth like that.”

He’d like to see Conway more vigorously tackle the city’s flooding problem saying The Netherlands and Hoboken, N.J., did it with flooding much worse than Conway’s.

He’d also like to see some of the vacant building in Conway filled and he’s willing to do some legwork and phone calling to see that happen.

“I think the city staff does a fine job and the chamber. It’s a different kind of skill to recruit people to the town, and they can’t do it all,” he said.

Alford points back to 1732 and the beginning of Conway as an idea of how to promote the almost 300-year-old city. He said a lot of people are looking for historic towns that aren’t ghost towns.

Alford and his wife, Dr. Siena Alford, have three sons. He grew up in Horry County with about 30 of those years in Conway.

He says he’s worked in financial planning, insurance and services and has written three books.

As a councilman he promises to put people first “because that’s the reason we have government,” he said.

Earlier this week, Benton, who works with Benton Concrete Utilities, a family business, said about running, “It’s my intention. Unless something changes I’m going to run.”

He said as a longtime citizen of Conway he loves the city he grew up in and just wants to serve his community.

Benton says he’s a dependable fellow. If he says he’s going to do something, people can know that he will follow through with his word and do it!

He plans to keep up that practice as a member of council.

The 42-year-old was born and reared in the Maple community. He attended Homewood Elementary School, Whittemore Park Middle School and graduated from Conway High School in 1996. Benton then spent four years in the U.S. Marines. He married his longtime sweetheart, Amanda Young Benton, in 1998 and has been married now for almost 23 years. The couple has a 21-year-old son, who is a pastor in Knoxville, Tenn., a graduating senior headed to Anderson University, a senior at Conway High School and a 10-year-old about to be a fifth grader at Conway Elementary School.

Benton, who has been in the concrete business for more than 20 years, attends Langston Baptist Church.

“I love Conway. I love my community and I just want to add to it. I believe that I can bring some good leadership for the future,” he said.

Amanda, a special education teacher at Conway High School and licensed clergy person, says she believes Conway is a great place and what makes it great is its people.

She’s interested in inclusion and wants to make sure that everyone, including the city’s young people, feel included.

After graduation she earned a master’s degree in divinity from the Interdenominational Theology Center in Atlanta, Ga. She has worked with religious organizations including Mt. Pisgah Missionary Baptist Church and Kingston Lake Missionary Baptist Association, but is a member of Mason Temple Church of God in Christ.

She also holds a master’s degree in teaching with a concentration on learning disabilities from Francis Marion University.

She was previously employed with S.C. Vocational Rehabilitation Department as a transition counselor working to help people with disabilities develop employable skills and be prepared to enter the workforce.

Butler says she’s been interested in city council since she was in high school when her Conway High School teacher, Jeff Hardwick, sent her to a council meeting as a student assignment.

She believes it’s Conway’s humanity and its citizens love for each other than makes Conway great.

“I just want to continue to allow Conway to be great,” she said.

She believes her role as a city councilperson should be to serve as a connection between council and Conway’s citizens and to serve “Conway as a whole.”

The daughter of Judge Aaron C. Butler, the late Shirley H. Butler and Deborah Butler is not married. She has an 11-year-old son.

She wants the community to be equally represented on council.

“I think there should be an equal amount of women as men,” she said, adding that Conway is not just filled with men. There are also a number of wonderful, powerful women here, she said.

William Goldfinch has served on the Conway City Council for eleven years and he still wants more.

“When I was first elected to Conway City Council I felt like things always needed to be done my way,” he wrote in a statement about his candidacy. “I soon gained from the unique perspectives of my fellow councilmembers that I wasn’t always right and that we, as a council, work better for our community when we keep this in mind.

“If re-elected, I will continue to keep an open mind, and I vow to work with council to seek a balanced approach to development and growth while preserving the character of Conway so that one day my little boys will enjoy this community as we all do.”

Goldfinch is a 1999 graduate of Conway High School and a 2003 graduate of the business school at The University of South Carolina.

Since 2007 he and his wife Sallie have operated a financial advisory practice in Conway.

Their two sons, Mac and Sam, attend elementary school in Conway. Goldfinch is a lifetime member of First United Methodist Church of Conway where he’s served in numerous roles including finance chairman.

Julie Hardwick has already come up with a slogan for her upcoming campaign for Conway City Council as she boldly proclaims she’s the right woman for the job.

In a written statement, she said, “I believe that we must continue to offer and engage our residents in learning opportunities in fitness, fine arts, and individual and team sports activities.

“We must maintain the protection of our environment by growing our recycling programs and continue on improving our stormwater runoff system which, in turn, protects our beloved Waccamaw River.

“As our community grows, we must also ensure that the outstanding personnel in our City’s infrastructure realm, including but not limited to those in the departments of fire, police, and sanitation, have the resources to continue to perform their jobs at the high-quality level where they are currently operating.  Finally, Conway boasts many unique independent businesses that create a tapestry of experiences for our citizens and visitors; these businesses must be supported to maintain and expand Conway’s current reputation for destination shopping, dining, and theatre.”

She is employed with Horry County Schools, McAlpine Realty and Laura’s on Kingston at Encore.

“Our government is only as strong as the citizens who participate in the process. Conway has a rich history, beautiful river and parks, a welcoming downtown ambience, and wonderful citizens; these attributes must endure far into the future, she wrote.

“I love my City and want Conway to continue to thrive for her citizens and to enchant her visitors for frequent repeated visits for many years to come.   Conway must be a destination, not simply a thoroughfare.”

She wants to concentrate on public safety, flood control, smart growth and affordable housing especially for the elderly.

She says she is FEMA certified and already knows about FEMA grants and other FEMA issues. She has been a flood victim herself.

She says as soon as she began thinking about running for council she checked with county officials to make sure that there would be no conflicts with her serving on the city council while working with the county.

In fact, she thinks it might help build a better relationship between the city and county.

She says she already understands the relationship between council and its staff, has a concept of the real estate market and its values, plus she understands plats and how to read them.

But she has even more experience outside of her job, she says, because she has coached, played tennis and women’s softball through the city’s recreation program.

“I know something about grants and I think my background would be very beneficial to add to the team of city council,” she said.

She is working on a slogan of, “Team work; together everyone achieves more.”

Helms is 53-years-old and moved to Conway with her family when she was only 5-years-old.

She graduated from Clemson University where she earned a degree in management, finance and real estate, lived briefly in Greenville, but just couldn’t stay away from her home.

“There’s no place like home…I love Conway,” she said.

She believes that not being married will give her more time to devote to city business, its meetings, workshops and other demands.

The longtime Baptist says she attends The Rock church.

Shane Hubbard is just finishing his first term on council and he says he’s enjoyed it.

“It’s a very good group,” he said of the current council. “We always say that we don’t always agree, but at the end we leave as friends and I think everybody’s got the same value in mind, the betterment of Conway.”

Hubbard said he didn’t run with only one issue in mind.

“I have talked to a lot of people who say they get mad about one thing and they’re going to run. One person is not going to change everything. You have to work together,” he said.

He said the nonprofit agency has about ten senior centers and they bus seniors in to eat and for other activities because many 75 and 80-year-old people have given up driving.

Hubbard has been a Conway resident since his birth at the old Conway Hospital on Ninth Avenue.

He and his wife, Becky, have two children, one son and one daughter. They are members of Conway’s First Baptist Church.

He says there are no knee jerk votes on council. The group goes through everyone’s opinions before voting, a practice that he found enlightening when he first joined council.