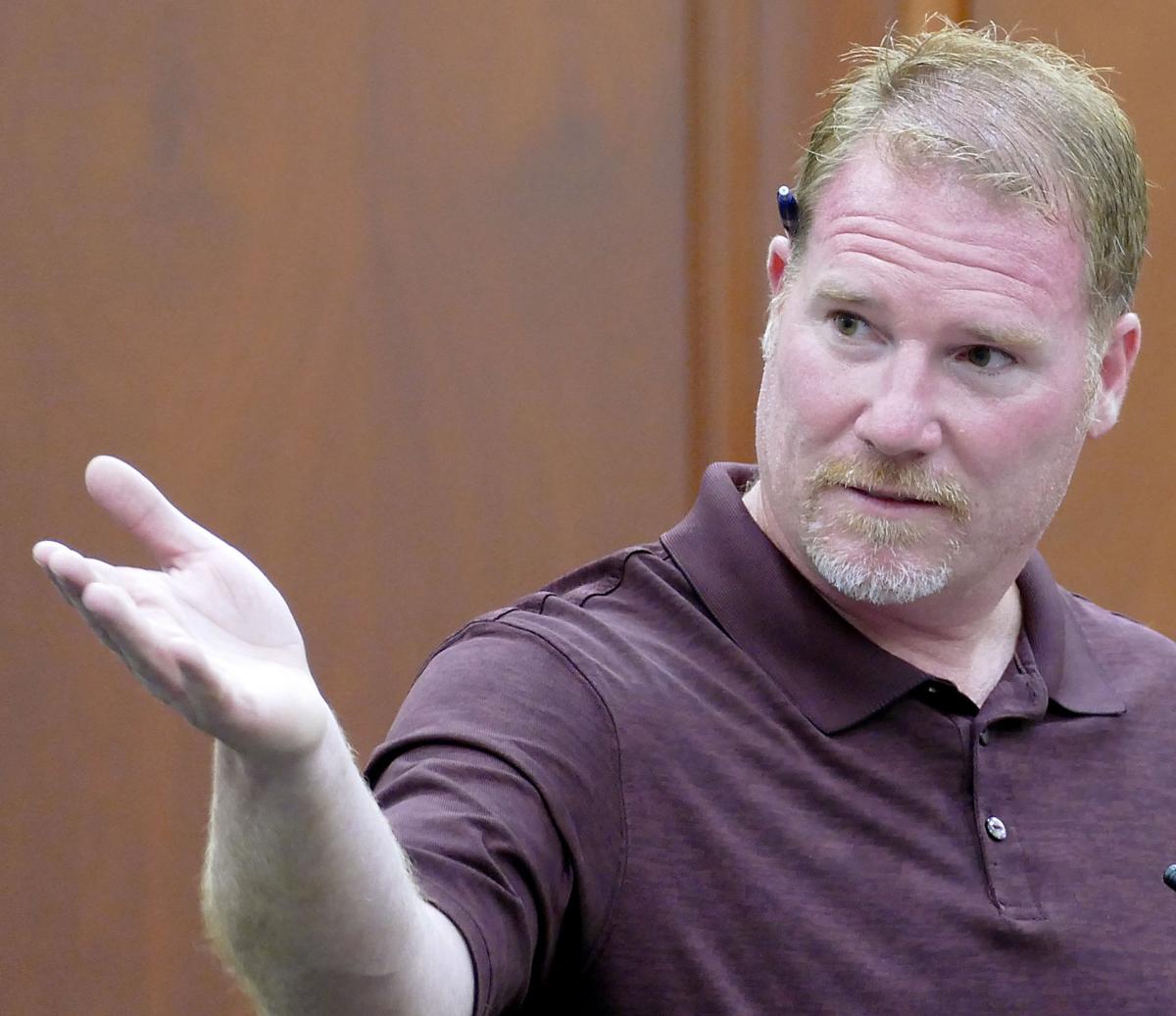 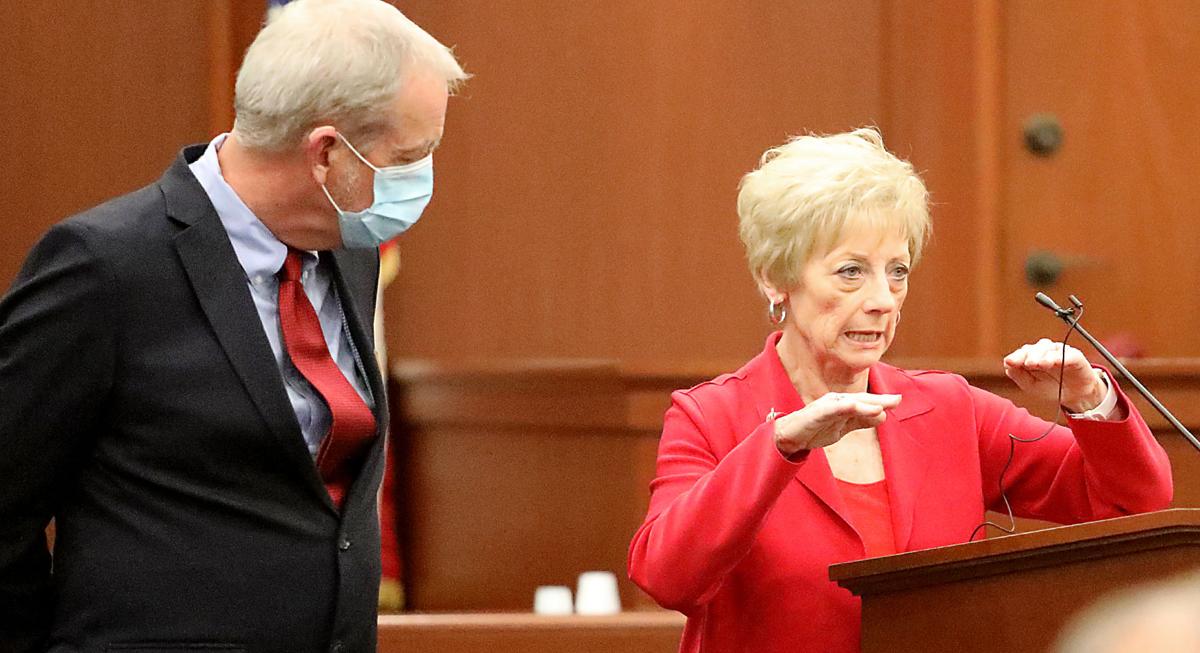 Former co-chairs of the Horry County Republican Party Ed Carey (left) and Dreama Perdue talk about a 2020 local election protest hearing at the Horry County Courthouse after the primary elections. Executive committee members from around the county voted to keep the results of a pair of county elections. Angie Altman-Robbins lost the clerk of court race to incumbent Renee Elvis last year. Cam Crawford keeps his seat as Horry County Council in District 6 over challenger Jeremy Halpin. Photo by Janet Morgan/janet.morgan@myhorrynews.com

Horry County Republican Party leaders said Friday that the local party could face thousands of dollars in fines for not filing disclosure forms with the State Ethics Commission for the last four years.

During an emergency meeting Friday night at the Dick M. Johnson Civic Center in Surfside Beach, the party’s executive committee members said they learned this month that the commission had already levied a $1,700 penalty against the party and warned the local leadership that failing to file the mandatory forms could result in up to $85,000 in penalties.

“Our main goal is to move beyond this, set a clean slate with the ethics commission and begin to put good data into the filing process, if necessary,” Horry County GOP Chairman Roger Slagle said.

Reading sections of the ethics commission's letter to the party, Slagle said the commission found that the party had failed to file disclosures on its operating account for each quarter from April 2017 to April of this year. The disclosures list contributions and expenditures for the operations account.

The initial deadline for filing the disclosure online and paying the penalty is Sunday, though there is a 10-day grace period.

Meghan Walker, the ethics commission’s executive director, could not be reached for comment Friday.

“As we all know, we took a vote in our first meeting that we would go and do a financial audit on finances of our county party for the past three years,” Slagle said. “Now it looks like we’re looking for things in the past four years. So we probably will need to at least amend the scope of that audit. … Right now we can’t even do a disclosure because we don’t even have very good financial data.”

The party’s new leadership also disputed the validity of the disclosure requirement.

State Executive Committeewoman Tracy Diaz, known in the podcasting world as Tracy Beanz, read parts of a handbook she received Saturday. She said the handbook noted that a ruling from a federal judge had "found our state’s definition of a political committee to be unconstitutional,” Diaz said.

Diaz said she contacted the state party, but the party’s attorney could not provide clear advice.

Horry County GOP leaders said they intend to appeal the ethics commission’s fines, though they said they will comply with all legal requirements.

“We’re not going to pay until the attorney tells us what his findings are,” Diaz said, referring to the state party’s lawyer. “But we also, you know honestly let’s say they take a hard line in the sense of the courts somehow, we’re racking up at that point.”

The Horry County Republican Party potentially faces thousands of dollars in fines for not filing financial disclosure forms with the State Ethics Commission over the last four years, but current and former party officials question whether they even needed to submit those records.