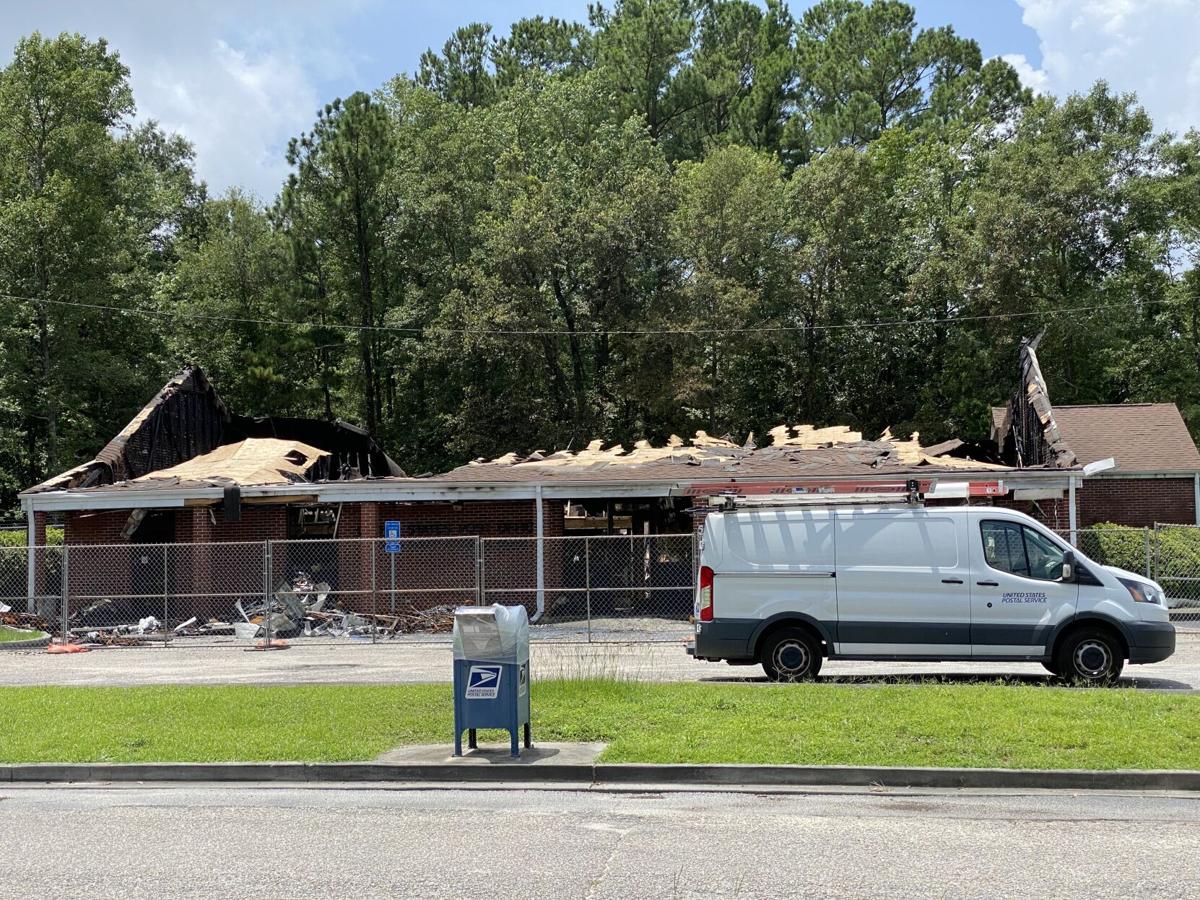 The Longs Post Office was destroyed in a fire that happened on Friday, June 25. In a statement, the United States Post Office said the cause of the fire is still under investigation. Photo by Ian Livingston Brooking. 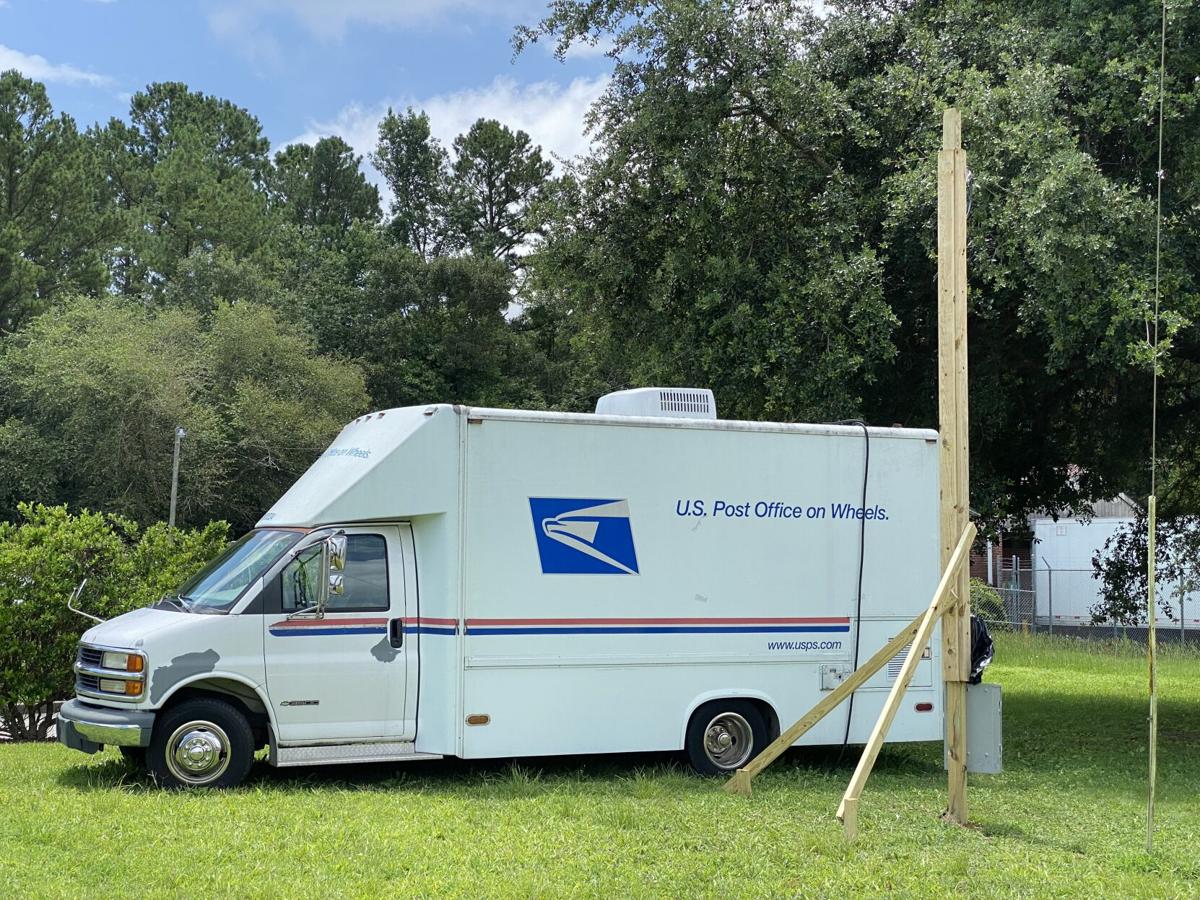 Following the destruction of the original building, a mobile unit has been set up near the old Longs Post Office to act as an alternative for Longs residents that use P.O. Boxes. Photo by Ian Livingston Brooking.

Since the Longs Post Office went up in flames on June 25, residents are still waiting to hear what the future holds for ways they can retrieve their mail.

“It’s a wait-and-see, play-it-by-ear-type situation,” said South Carolina Rep. William H. Bailey, R-Little River. “The only thing I can do for the constituents in this district is to try to push for answers.”

Following the blaze, mail to Longs-area residents was rerouted to the post office in North Myrtle Beach on 6th Avenue South with talks of a mobile unit to be set up next to the burned post office building. Door deliveries to the Longs area will continue.

“They said that that’s the best they can do at this time,” William said.

As of Monday, a small mobile unit is set up on-site at the Longs Post Office. Bailey compared the unit to an ice cream truck.

“It has side panels on it that you lift and you find P.O. boxes in,” Bailey said.

“The structure of the building and being able to get inside and making sure that all required investigations have been done to try and sure us what happened the night [the building] burned,” Bailey said.

With it being almost three weeks since the blaze tore through the Longs Post Office and residents are having to go to travel to North Myrtle Beach for their mail, Bailey said he is still working with officials from the Postal Service and the county to ensure the mobile unit will be up and running as soon as possible.

“When you consider people are used to being able to get their mail without a huge inconvenience and they have to work and their life goes on and having to travel the extra five, ten, fifteen miles to intertwine themselves with a new postal operation and different personnel, it’s stressful,” Bailey said.

While some mail can be nonsensical items such as credit card applications or coupons to stores, the rest may contain items of vital importance such as bills or medication.

“People need to have their mail,” Bailey said. “They have their bills and some of them get their payment and their funds out of the mail.”

Bailey added that many people in the Longs area get their medication through the mail and stressed the urgency in getting the mobile unit properly set up so that normalcy can resume to the community.

“It’s absolutely one of the most important things we can do is to make sure that people can get back to using their post office to get things delivered to them that they need,” Bailey said.

After fire at Longs post office, mail re-routed; P.O. boxes to be installed

Bailey encouraged Longs residents to remain optimistic with the hope that the ordeal will be taken care of.

“These situations are terrible and tragic but at the same time, we’ll overcome it,” Bailey said. “Hopefully, give it a few months and we’ll get better doing what we do and eventually we will get us a new building and Longs will be better after the effort.”

In the meantime, Longs P.O. Box customers can get their mail at the North Myrtle Beach Post Office off 6th Avenue South from 11 a.m. to 4 p.m. Monday through Friday.