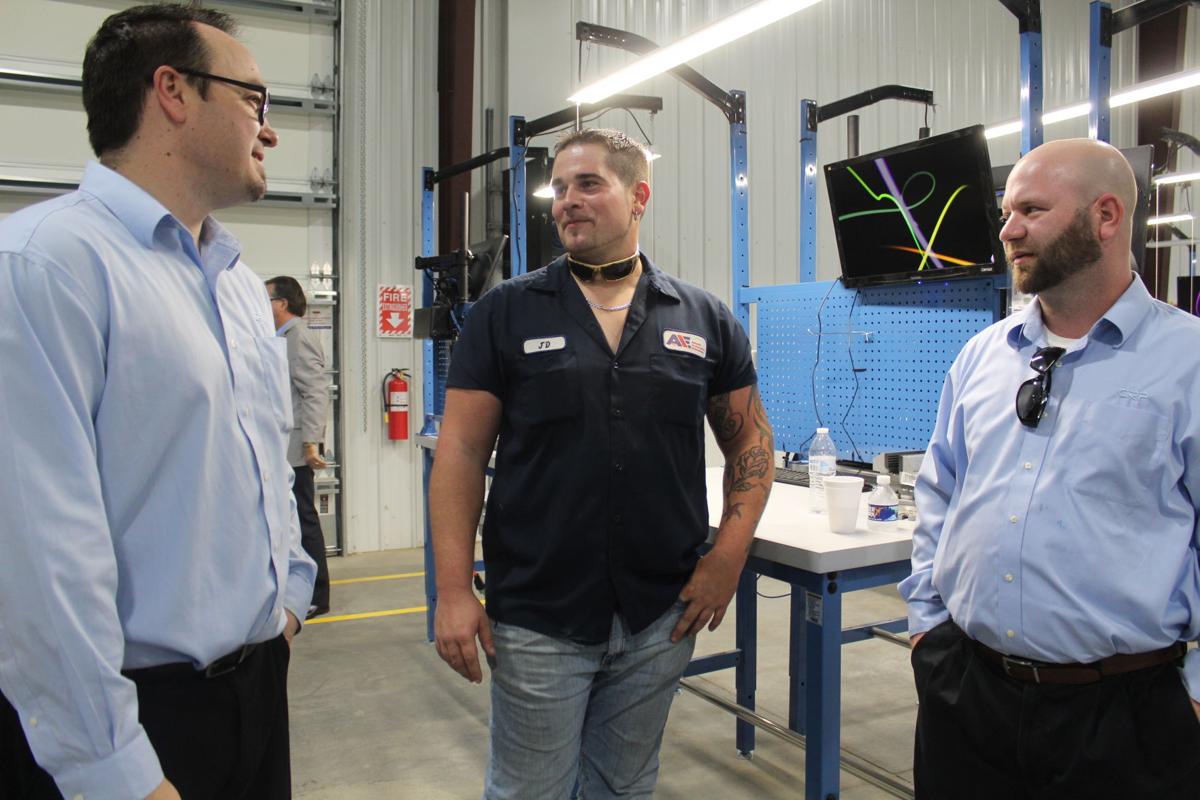 Jack Bordeau, director of remanufacturing for CRP Industries, JD McPherson, maintenance supervisor, and Thomas Rutherford, director of research and development were at Tuesday’s ribbon-cutting ceremony offering tours of the plant for guests. 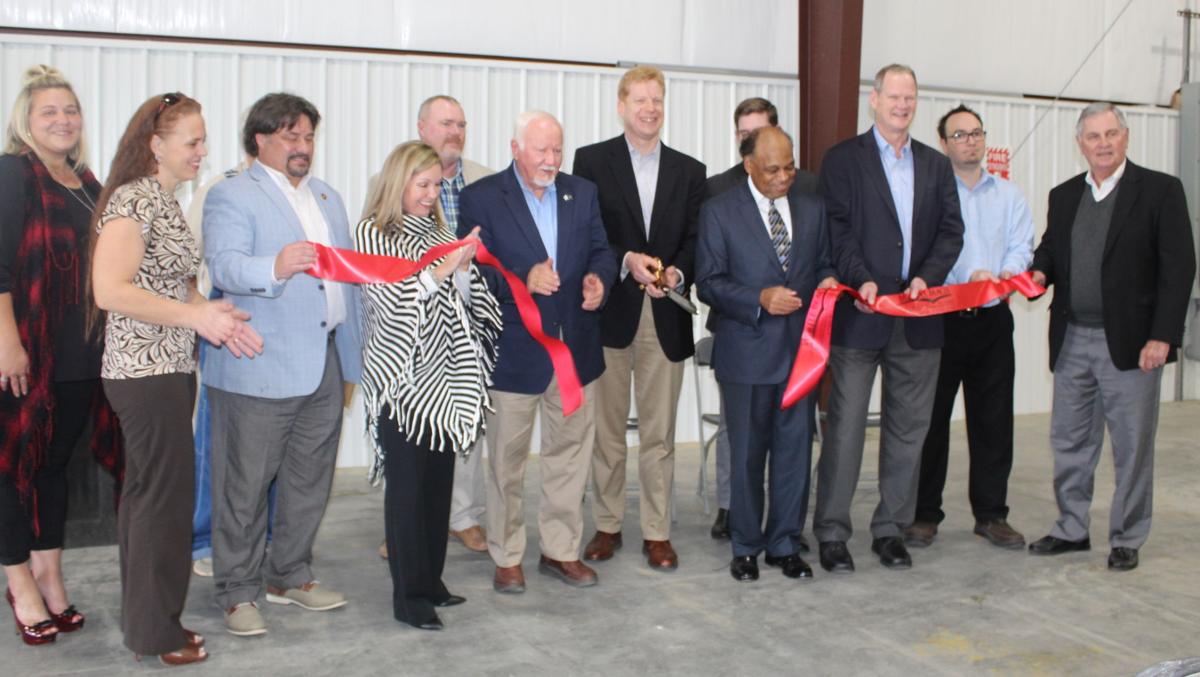 Jack Bordeau, director of remanufacturing for CRP Industries, JD McPherson, maintenance supervisor, and Thomas Rutherford, director of research and development were at Tuesday’s ribbon-cutting ceremony offering tours of the plant for guests.

Athana Gamble doesn’t like her new job at CRP Industries – she loves it!

She loves it so much that she moved from Lumberton, N.C., to Chadbourn so she wouldn’t have so far to drive everyday, and she says it’s likely she’ll eventually move to Conway.

Gamble admits that at first, being one of only about five women at the plant on Bashor Road in the Homewood community, she was somewhat intimidated, but no longer.

She says everybody is friendly and they’re more like a family than a work community.

“I never had a job like this and it makes me feel real good about myself. It really does – great opportunity,” she said Tuesday when the New Jersey-based company officially celebrated its new location with a ribbon cutting, plant tours and refreshments.

Since coming to work at CRP, she said, “I wake up every morning happy.”

And she isn’t the only one thrilled about landing a job with the company that makes electronic power steering devices and represents a $2.5 million capital investment in Conway.

Why does he like his new job so much?

When he walks through the door every morning, someone greets him and asks how he’s doing. He, too, sees it like a family

The 21-year-old also sees his employment with CRP as a great opportunity for his future.

The company plans to hire 115 workers over the next five years. CEO Dan Schildge says he isn’t sure exactly how many employees the company will begin its operations with, but he thinks it’s somewhere between 20 and 30.

CRP Industries is a third-generation business and a veterans business He anticipates this being the first of multiple investments in South Carolina for the company.

“It’s pretty technical work that we do,” he said, adding that he thinks it’s the only company that does exactly what they do.

The company also has a plant in North Carolina and a subsidiary in Mexico where they don’t produce anything; they use the subsidiary to sell in Mexico.

He expects the company to be up and running in Conway shortly after the first of the year.

“We’re excited to be here. This is a great area. It’s a great workforce,” he said.

Schildge said the product that will be coming out of the Conway plant is the company’s top product line.

“We expect this plant to grow quickly,” he said.

The company was recruited to the area by the Myrtle Beach Regional Economic Development Corporation and was helped along by a grant from Santee Cooper and Homewood Metalworks that built the CRP building.

Neyle Wilson, chairman of the MBREDC’s board, said, “We’re very excited about this opportunity. It’s an opportunity to create more than 100 jobs that require skill and will pay a good wage and benefits.”

He anticipates that it will keep young people in the area instead of sending them off to places where there are manufacturing jobs.

“What a Christmas present you folks have bestowed on us today,” Berry said, adding that there are 115 presents all gift-wrapped.

He said Rice has a plaque in his office that says, “Jobs, Jobs, Jobs” and he thinks that actually means, “Uplift, Uplift, Uplift.”

The new jobs will instill integrity in the area and lead to homes, recreation, vacations and memories that will last a lifetime, according to Berry.

A job cures just about every ill there is, he said.