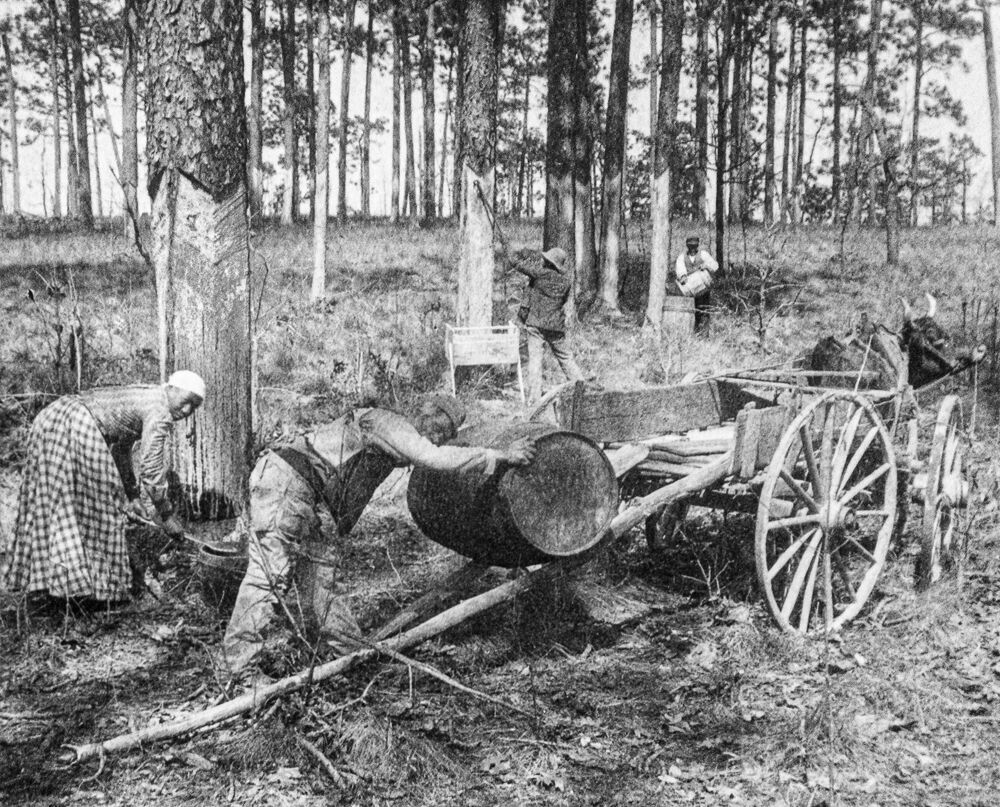 Harvesting pine sap from timber forests for the production of naval store products. 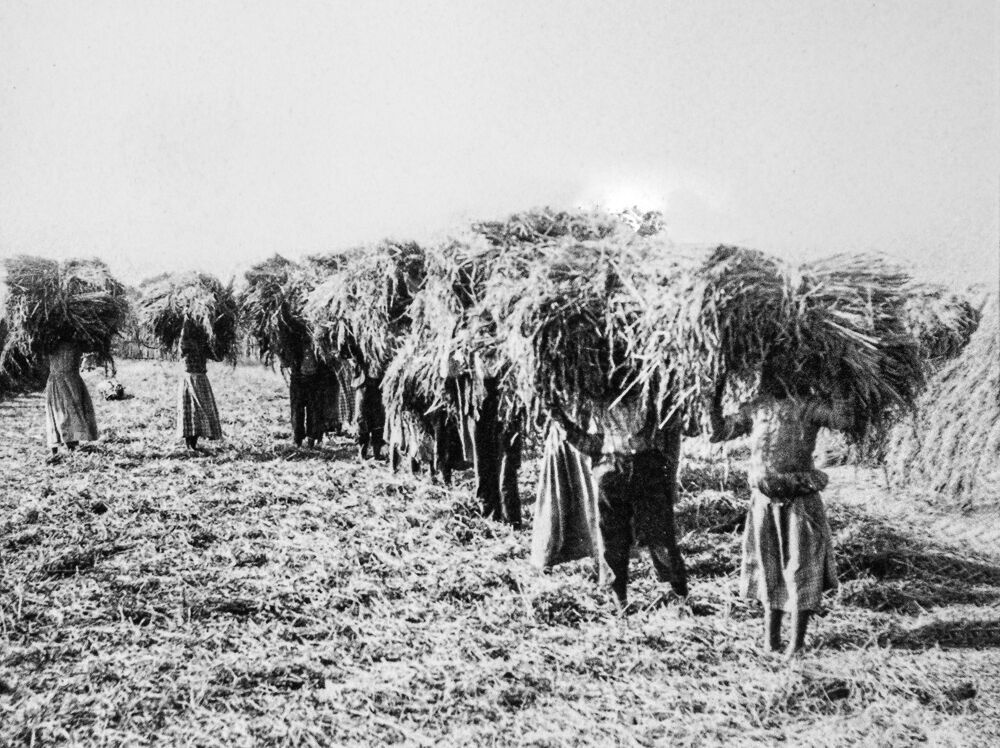 Toting harvest rice to barges for transport via slave-built canals. 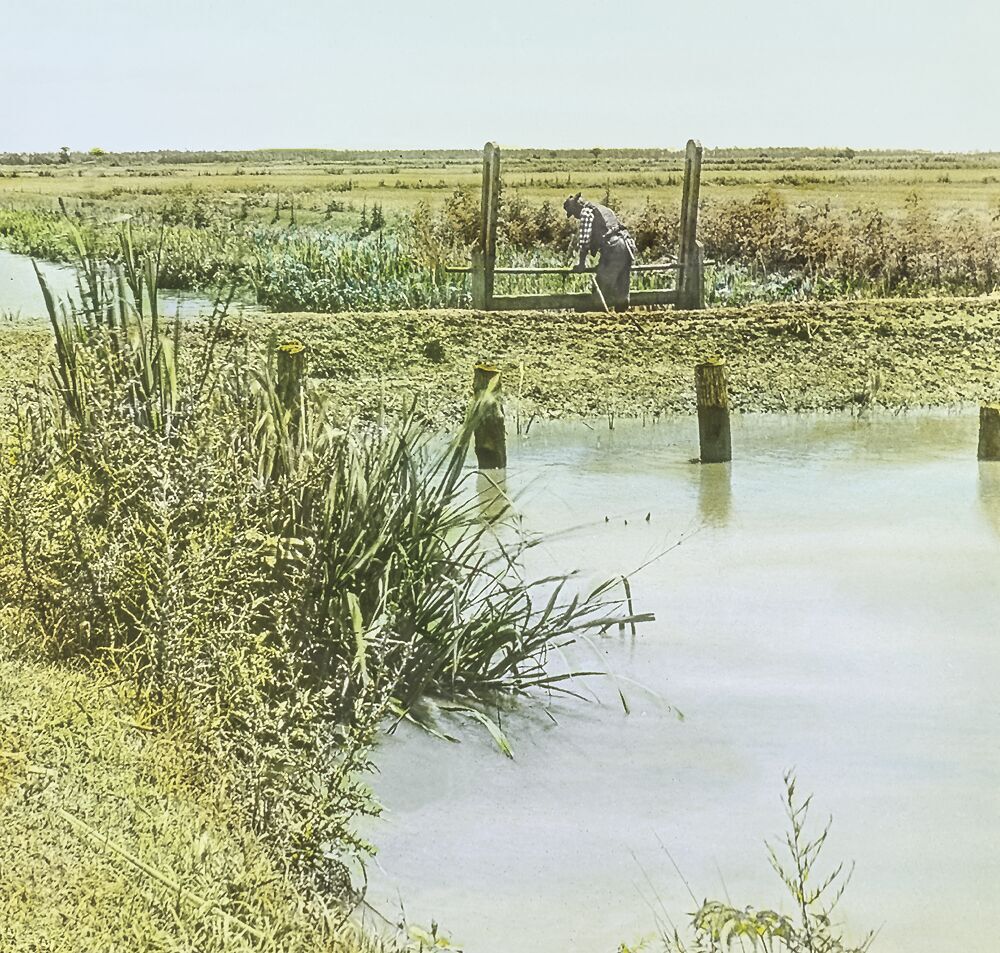 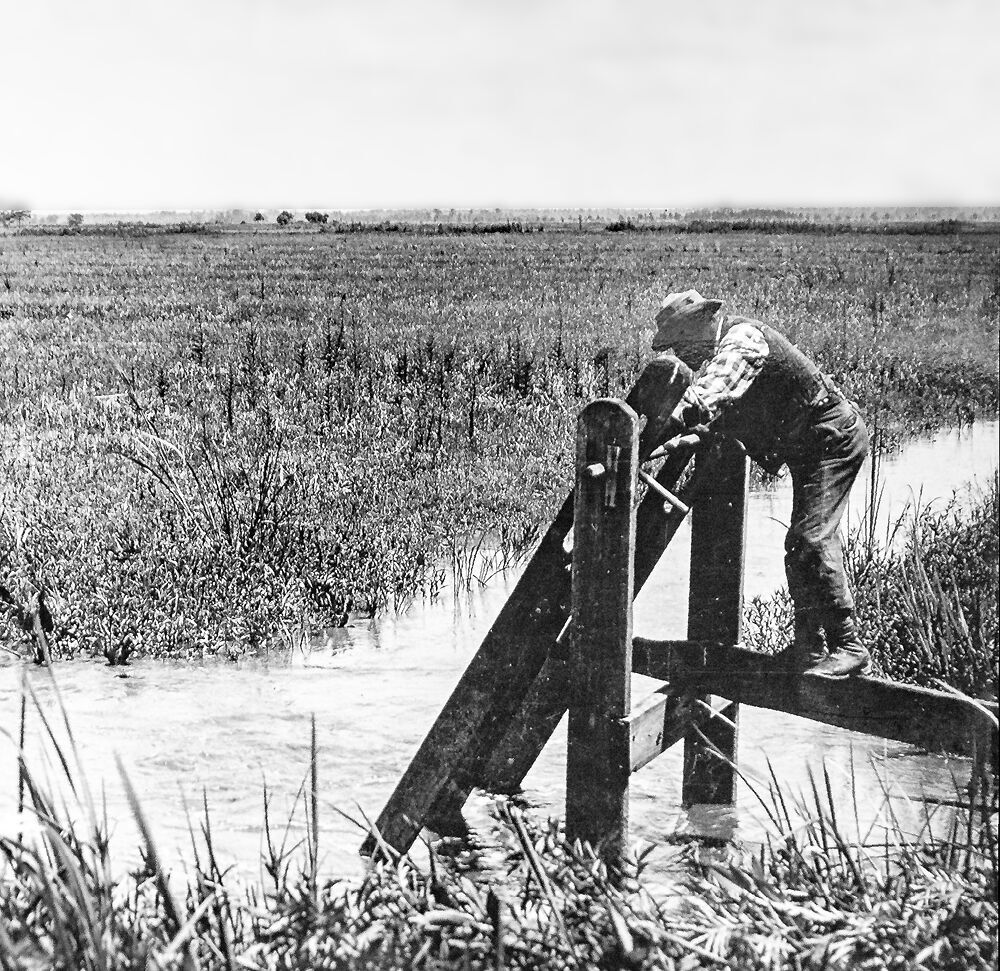 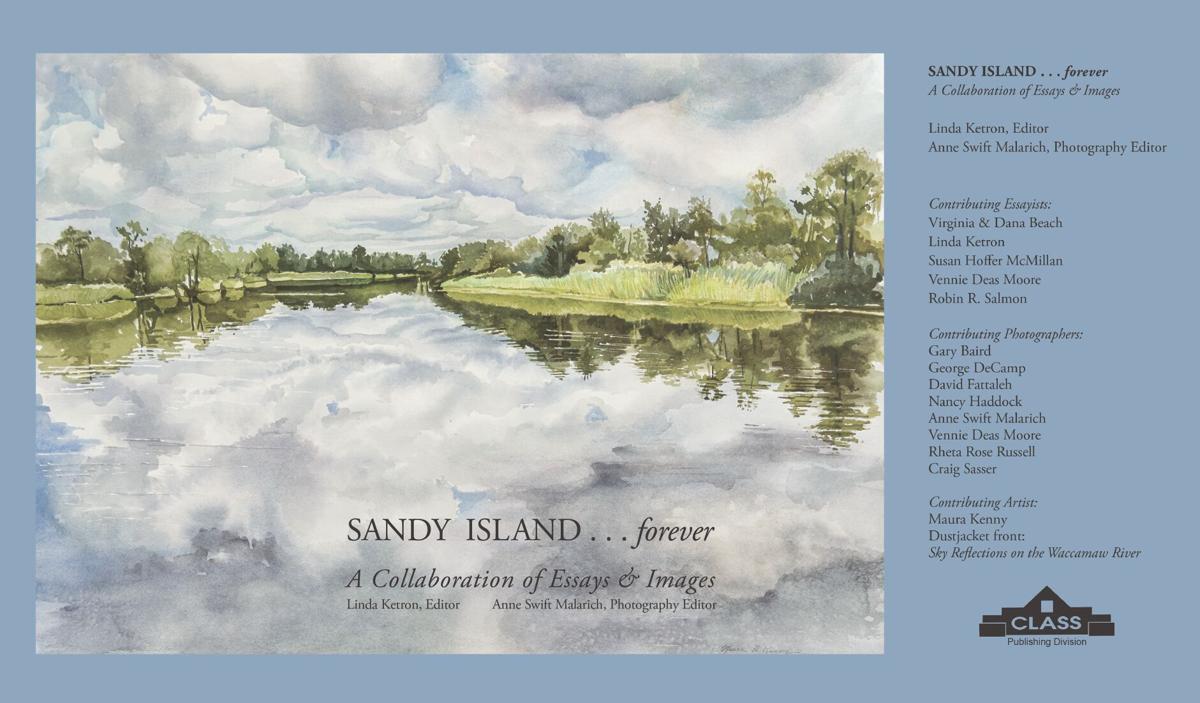 The book’s cover shows one of the beautiful original watercolor paintings used in the book. Conwayites will find the book at Encore on Kingston Street.

Harvesting pine sap from timber forests for the production of naval store products.

Toting harvest rice to barges for transport via slave-built canals.

The book’s cover shows one of the beautiful original watercolor paintings used in the book. Conwayites will find the book at Encore on Kingston Street.

After spending three years researching the history of Sandy Island, Conway author Susan Hoffer McMillan declares it a unique place whose history needed to be told.

And now it’s been done in a 151-page book featuring original watercolor scenes from the Island and scores of historic photographs from the Brookgreen Gardens collection.

“I pulled all the sources I could find. I read everything I could find that had been written about Sandy Island,” McMillan said.

That led to a bibliography of 50 published resources, seven people with memories or connections with the Island and three websites.

After collecting all of the information she needed for the book, McMillan began to collate it, a task she called complicated.

“All of the families intermarried and used the same names over and over, and changed surnames to the first names and husband’s names.

She just kept digging and says now, “…it worked out, but this is the first definitive history of Sandy Island that’s ever been written so that's what the book stands for. That’s what we hope will give it permanence,” she said.

Sandy Island is truly an island covering about 40 square miles in Georgetown County. It began as a village for plantation slaves who produced rice. Even today there are no paved roads on Sandy Island and no bridges connecting it to the mainland. The handful of residents who continue to live there either have their own watercraft or take the school ferry boat when they need to go to the mainland.

“I did a lot of research,” McMillan said, “That’s mostly what I did in 2017. I continued to do it when I wrote. I had to develop an understanding of what had happened there before I could sit down and write it. That’s how I do all my books…my thing is research.”

Although McMillan has produced six books on this area and is working on a seventh, her other books feature pictures and cut lines.

Her desire to learn all she could about the Island, surrounded by the Waccamaw and Great Pee Dee rivers and two creeks, included two trips to the island with Furman Long, land steward of the island with the Nature Conservancy. Their two trips were exactly one year apart, both on the coldest days of those years.

“I almost had brain freeze,” she laughed.

Craig Sasser, manager of the Waccamaw National Wildlife Refuge, joined them for one trip. Much of Sandy Island is now part of the refuge, ensuring its preservation.

McMillan became involved in the Sandy Island book after the book’s editor and publisher, Linda Ketron, who owns Art Works in Litchfield Exchange , and retired photographer Anne Malarich approached her about writing the geology of Sandy Island.

McMillan hedged at that saying she had never taken a geology course, although she was involved for several years with archeological digs in the area, and just didn’t think writing about geology was the right challenge for her to accept.

She says the trio “tinkered around” and decided to assign her the book’s history chapter.

“I knew both parties, so it just was a good fit…This is a book that has a lot of moving parts so that Linda could get it together was really, really impressive,” she said.

In fact, the book also includes as its contributors Robin R. Salmon and her vintage photographs, Vennie Deas Moore’s snapshot of Sandy Island, written in 1997, and Virginia and Dana Beach’s recounting of the conservation efforts that were successful that same year. The concluding chapter is a pictorial natural history tour of the island, with original images by Anne Swift Malarich and many other photographers showing the island and its wildlife.

McMillan admits she wasn’t an authority on Sandy Island before she wrote her chapter in this book.

“In my younger days, I used to water ski around the island, but my time on the island was very limited. I think I was on the beach several times. It’s a haven and it’s nice. The quiet is really nice,” she said.

The Conway author says Sandy Island is a beautiful piece of property and the group working on the book tried to capture that beauty.

Sandy Island has several homes, a bed and breakfast house, a general store, a church and an old schoolhouse that has been transformed into a library by a team from Coastal Carolina University. School officials believe the schoolhouse is headed soon to the national historic register list.

“I have a new appreciation for how difficult it is to get services over there and transportation is a primary issue because there are no paved roads on the island, and if your car is over there and you have a mechanical problem, you have a big problem,” she said, adding that getting repairs for a malfunctioning household appliances can be just as difficult.

“Maintenance is an issue in an isolated community,” she said.

McMillan said she was surprised at the level of activity that once took place on Sandy Island.

“I knew it was a rice field, but it was also slave villages and several of the plantations had manor houses that were occupied, predominantly two of them, but looking at it today, it’s hard to visualize how it must have been because it’s all grown up in forest, but it was quite different then and I would have loved to see it because there are no public photographs of those days that have surfaced,” she said.

Most of the information available now comes from Ann and Hyatt Huntington, who gathered material and purchased it so they were important chroniclers of history.

But, McMillan said, the circumstances surrounding the slaves is one of the least known things about the island.

But she does know, “On the island they had minimal supervision during their non-working hours, so I’m sure that was a source of comfort to them that they were sort of left alone without outside interference.”

The island features a huge stand of longleaf pines now and even has sightings of red cockaded woodpeckers.

McMillan thinks it’s unfortunate that more of the structures on the island weren’t preserved.

As for the book, she said, “It was a big project and I really enjoyed it. It made me get down to the nitty gritty and learn more about the area, and the Waccamaw Neck just fascinates me…all of that culture that existed in the past.”

“The low country is a magical area. We’re so blessed to have it in South Carolina,” she said.

Editor’s note: The book was distributed to area bookstores this past week. It sells for $40, and all profits will go to the Waccamaw National Wildlife Refuge in the maintenance of service vehicles on the island. McMillan expects the book to sell out.

There will be lots of opportunities for people to see and purchase Sandy Island…forever.