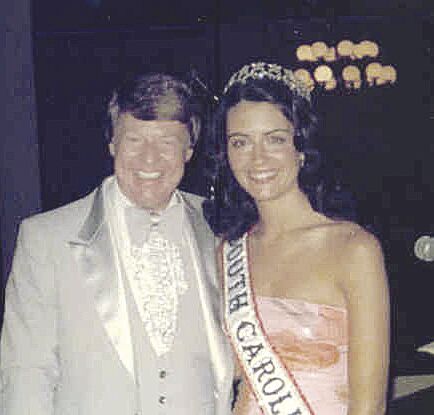 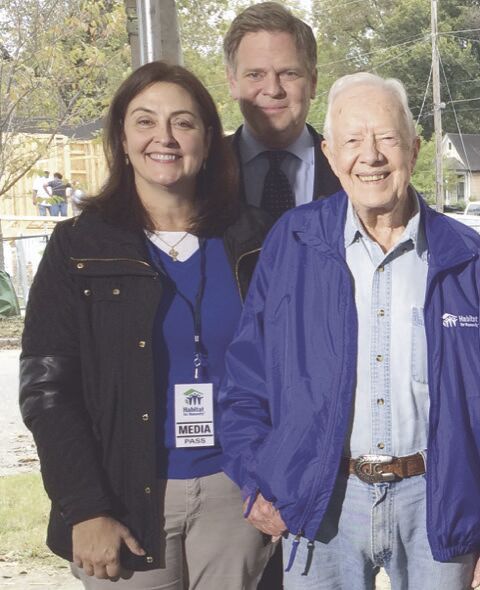 As a fifth grader at Myrtle Heights Elementary School in Myrtle Beach, Janice McDonald dreamed of traveling to far off places.

“I remember a book from that class that had every continent and every country and something about each,” said McDonald. “I was fascinated and I wanted to go to every place in that book.”

Little did she realize at the time, but her dreams would come true.

After nearly 30 years as an award-winning broadcast journalist, the Myrtle Beach native has visited every continent pursuing stories and for personal enjoyment.

“When people ask me that I ask ‘which continent?’,” laughed McDonald.

Her long career with CNN and more recently with ABC has made a globetrotter of McDonald. In recent weeks, she has produced news segments for ABC in Miami where a condominium collapsed and in Tennessee, where raging floods brought death and destruction.

As if traveling wasn’t enough to keep her busy, McDonald has authored a number of books and headed up her own production company.

McDonald grew up in Myrtle Beach in a home not far from the beach. Her father, a highway patrolman, died when she was four-years-old, and her mother, Dorothy Briles McDonald, and grandparents Pauline and Lee Briles raised her. Her mother worked at Conway Hospital and at the Myrtle AFB hospital.

She attended Myrtle Beach schools and graduated from Myrtle Beach High after attending only three years of school. While still a teen, she won a number of beauty pageants.

“I was a tomboy but my mother thought I need to go to charm school with my two sisters,” said McDonald. “We did some modeling and that kind of stuff and I had to be in the high school pageant.”

She wore the crown of Miss Myrtle Beach High School before pursuing other titles.

McDonald won the Miss Myrtle Beach USA Pageant in 1979 and went on to be crowned Miss South Carolina USA the same year. Other titles include Miss Sun Fun and Miss Fire Prevention.

As queen, the Myrtle Beach Chamber of Commerce invited McDonald to participate in promotional trips to New York and Canada to promote Can-Am Days.

“We went to Toronto for a week and the queens were asked to play in the snow in our bathing suits,”she recalled.

The trips North helped cultivate a love of travel.

After attending Coastal Carolina College for two years, McDonald transferred to the University of South Carolina and earned a degree in broadcast journalism.

Her first job in television news had her fill in as a weather girl for a local Myrtle Beach station but her big break came later as she sat in the TBS studios in Atlanta to interview for the Bill Tush Show.

“I was sitting in the lobby and this guy came racing through. A girl that was doing an on-air cut-in had done something wrong. He saw me and they brought me in to finish it and I got the job,” said McDaniel.

After starting at WTBS, she went to work at the start-up called CNN2 (Later Headlines News). She also worked in MInnesota and Chicago before returning to CNN in Atlanta.

“We didn’t know what we were doing,” she laughed. “There were no real computers so we wrote on typewriters and if you knew someone you could easily get them a job. Those people are still my friends.”

Working at CNN served as a learning lab for McDonald. She had to shoot shows, write stories, edit them and work out of a satellite truck. She also started a show for kids called CNN Newsroom.

“It was news for kids and I ran that department…Everyone wanted to work for us because we did the fun stuff,” said McDonald.

When AOL purchased Ted Turner’s broadcast empire, McDonald accepted a severance package and started her own production company She produced shows for the Discover Channel, the Travel Network and many other marketing and sales companies.

About 15 years ago she began working as a freelance producer for ABC and in March of this year she accepted a fulltime position with ABC.

She appreciates the travel that came with her career.

“I’ve been very lucky because all of those places I wanted to see as a kid I’ve seen,” she said.

Even though she has traveled far and wide, McDonald said Myrtle Beach remains a special place and she visits as frequently as possible.

“Myrtle Beach was such a great place to grow up,” she said. “Everyone knew each other. We lived only half a block from the beach. We were free-range kids. We could get out and go down to the beach. My sisters and would walk to the pharmacy at Chapin and order cherry Coke and sit on the stool.

“You always had a summer job. When I was 12, I made popcorn at the Pirateland gift shop. I worked at pancake houses and hosted at the Rice Planters restaurant.”

McDonald said she enjoyed Myrtle Beach more when it was a small town.

“The beaches are pretty but I kind of miss it being a small town,” she said. “I remember sleeping with the windows open and hearing the ocean. Now I hear traffic.”

Nevertheless, McDonald loves her hometown and the memories she has of growing up in Myrtle Beach.