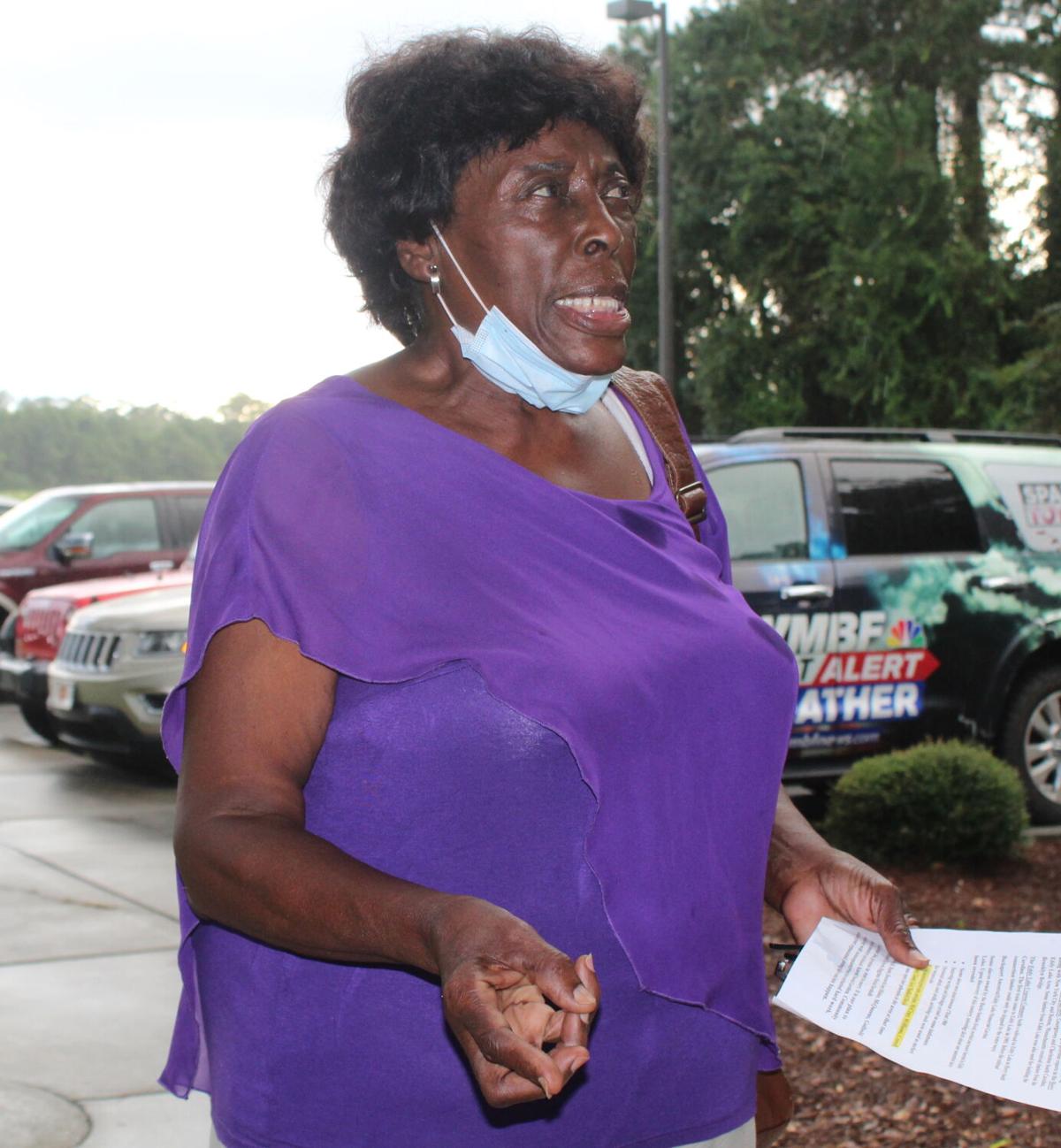 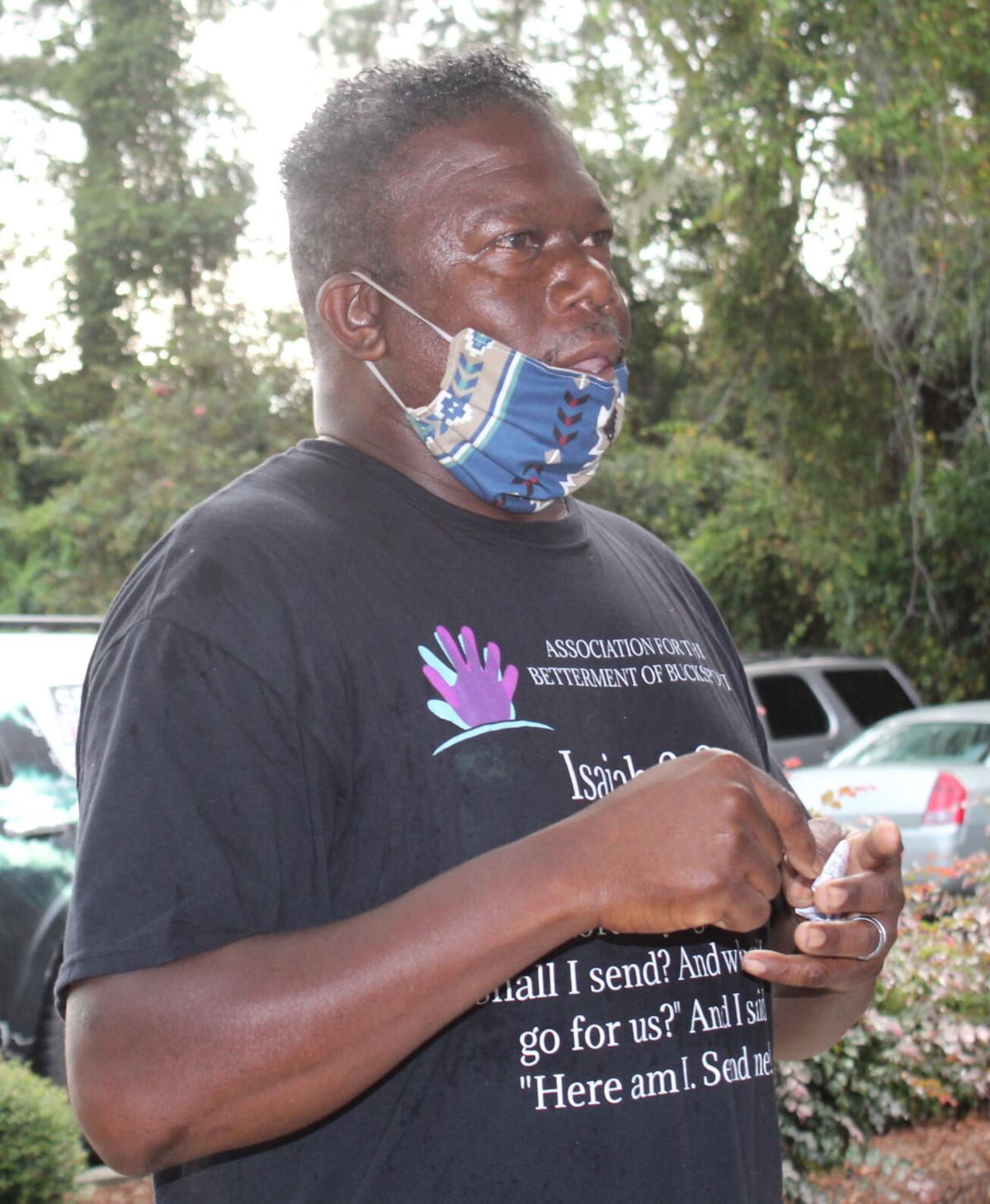 Kevin Mishoe, president of the Betterment of Bucksport committee, talked about the exciting things that have come out of the cemetery restoration. 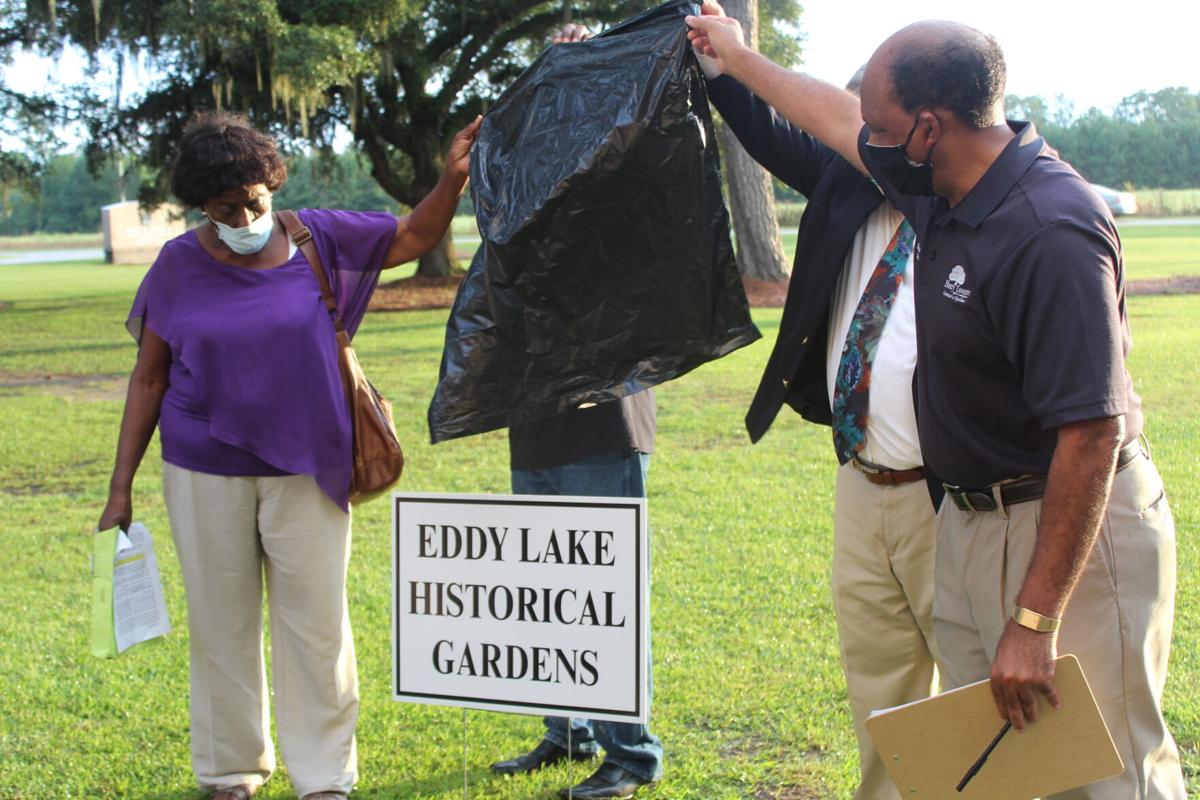 Kevin Mishoe, president of the Betterment of Bucksport committee, talked about the exciting things that have come out of the cemetery restoration.

The people buried in Bucksport’s Eddy Lake Cemetery are spurring a massive reconciliation in the area.

About 45 people, black and white, police and civilians coming from different religions gathered recently to talk about the cemetery, Bucksport’s history and families, and to applaud the preservation of the cemetery that most people think has about 100 graves, many of them belonging to slaves of the Buck family.

As a light rain fell, School Board Member Janet Graham said it wasn’t rain that people were seeing, but the droplets were tears of joy being shed by their ancestors. Graham also told the group that she had met two family members during the brief ceremony that culminated with a sign unveiling, of sorts.

The ceremony was originally planned to be held in the cemetery that’s on land owned by the Grand Strand Water and Sewer Authority, but it was moved to the James R. Frazier Community Center due to the impact of rainwater in the cemetery, according to Bellamy.

Owens told the group that until 1929 Bucksport was a thriving industrial area with a sawmill, turpentine factory, logging businesses and shipbuilding with Bucksport timber being sent as far away as Boston. She said Bucksport timber was used in the building of the Brooklyn Bridge.

She said there was a railroad that came to Eddy Lake around 1905 or 1906. The train was used to ship timber to various parts of the country.

After she found the Eddy Lake cemetery that her “fore-parents” had talked about so much she immediately felt a connection.

Kevin Mishoe was the person who did something, according to Owens.

Mishoe said when he first visited Eddy Lake Cemetery he thought cleaning it up was impossible, but many people have stepped up to help.

His assistance has crossed racial, gender and religious lines, he said.

He views the cemetery as a virtual time capsule and sees it as an opportunity to bind relationships.

He said people from across the United States have contacted him, and he’s learned positive stories about his ancestors.

He wants everyone to begin to live the motto of peace, reconciliation and love.

Jamie Graham, a member of the Sons of Confederate Veterans, who helped clear the cemetery and repair some of the headstones said he grew up only seven miles from Thursday’s event.

“This is my community,” he said.

Graham says the goal of his group is to preserve the memory of Confederate soldiers, and pointed out that 95 percent of them didn’t own slaves.

He refuted the present thinking that everything Confederate is bad; everything law enforcement is bad.

He said the SCV often helps restore old cemeteries that have been forgotten, sometimes for hundreds of years.

He said he was once an Horry County policeman, so they are also his brothers and sisters.

He said before the Buck family came to the area much of it was owned by an Alston family, whose lineage could go back to the 1700s, adding that there’s lots of history in the area.

A mill in that area was the first place to have electric lights, according to Thompkins, and there was a series of docks and mills all the way the river to Conway.

“Most people don’t know that,” he said. “We need to know and cherish history because it made us who we are.”

Bellamy said there were so many groups together at the ceremony that it should have been transmitted worldwide using Facebook.

He said he has traveled all over the world and, “This is the only country that I want to live in.”