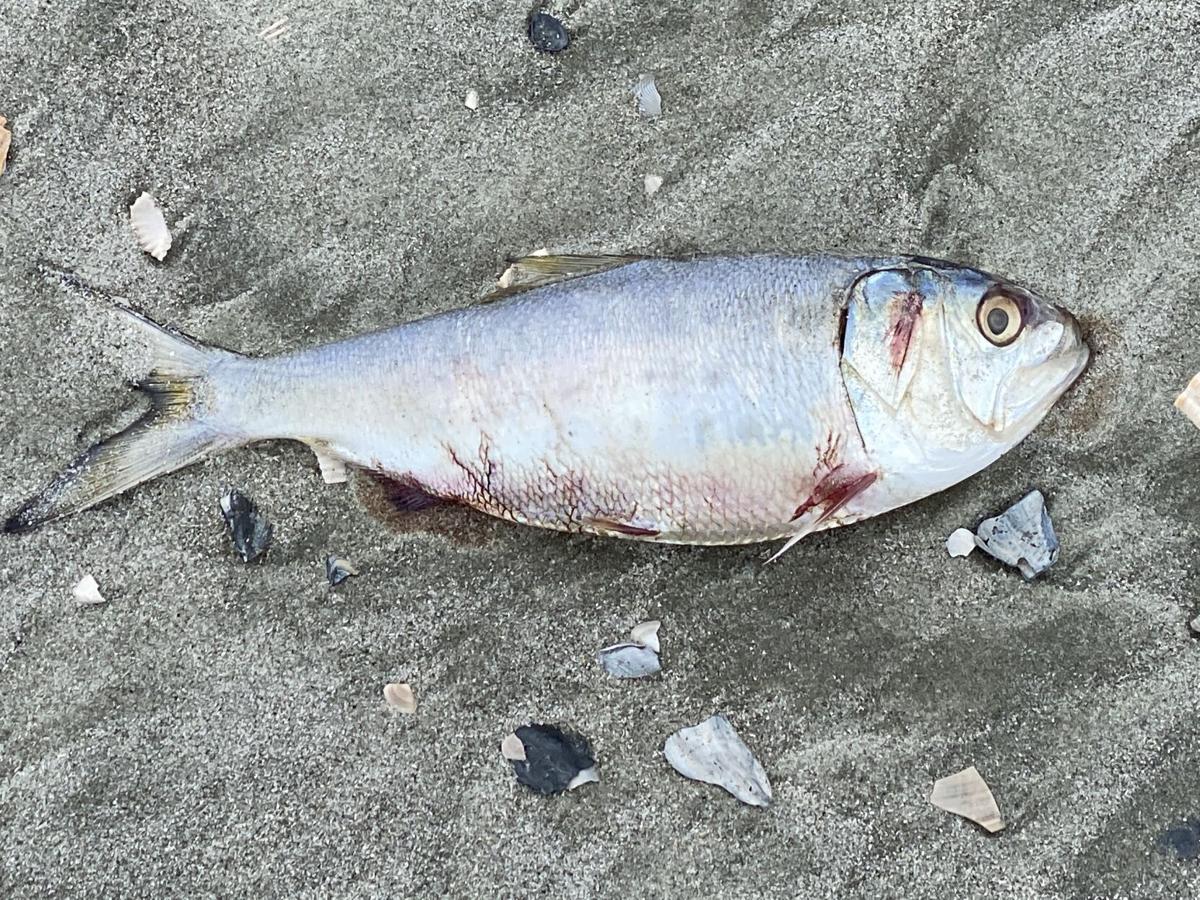 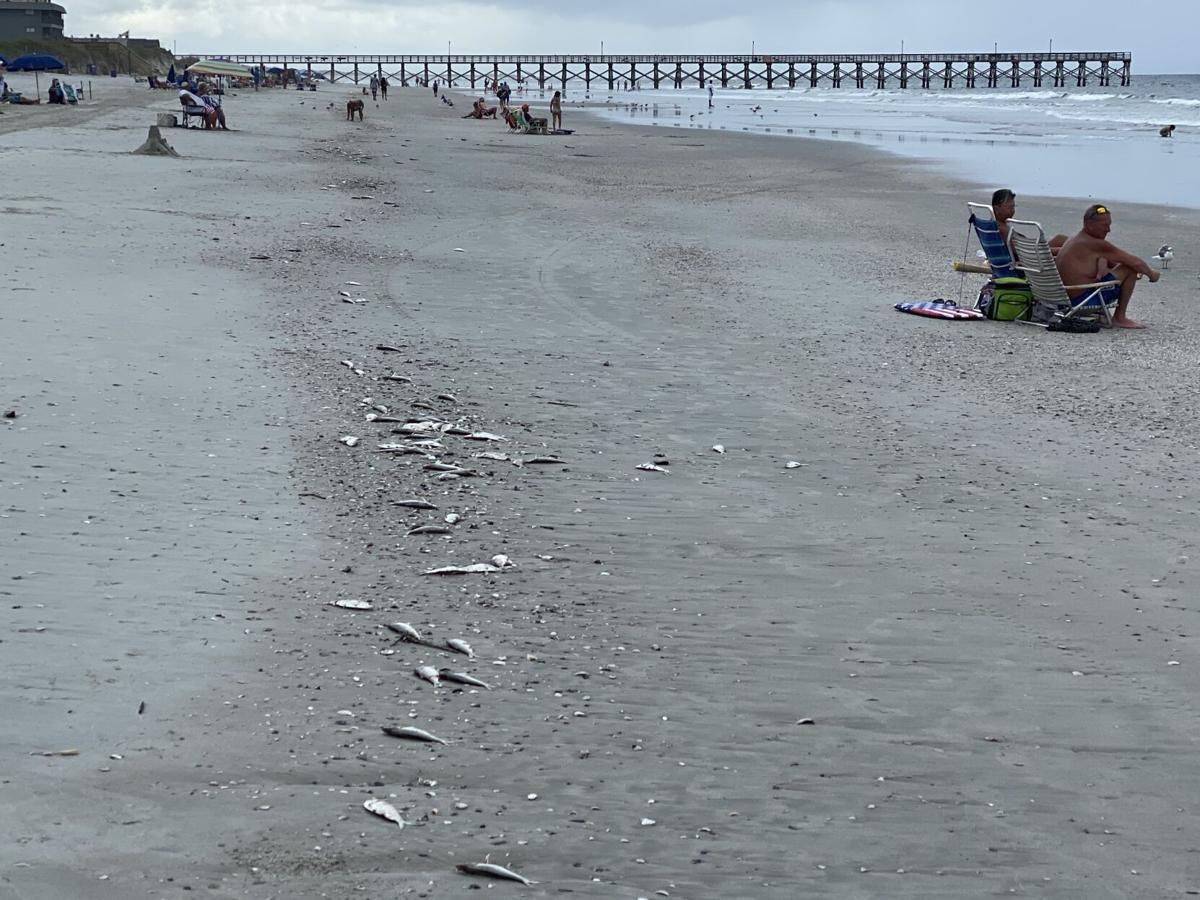 Hundreds of dead Atlantic Menhaden that washed up in Cherry Grove last Thursday and Friday likely died from low salinity and low levels of dissolved oxygen, according to information from the Burroughs and Chapin Center for Marine and Wetland Studies at Coastal Carolina University that was distributed by the city of North Myrtle Beach.

The S.C. Department of Health and Environmental Control is investigating the fish kill, but the city got the information because it contracts with the Burroughs and Chapin Center for water quality monitoring.

The fish were found the morning of Sept. 11 along the high tide mark, and North Myrtle Beach used a beach rake to clean them up by that afternoon.

According the Burroughs and Chapin Center, the fish's death coincided with a "summertime episode of low dissolved oxygen" on Sept. 10 and 11, "with very brief periods of hypoxia, a condition in which the body or a region of the body is deprived of adequate oxygen supply at the tissue level."

The center also said the "unusual occurrence of low salinity water at Cherry Grove also played a part," attributing the effect to winds causing a southbound longshore current that drew fresh water from Hog Inlet, Lockwood Folly and the Cape Fear River into the Grand Strand.

An algal bloom in the water below Apache Pier and Cherry Grove Pier "might have contributed to the low dissolved oxygen but could also contribute to a fish kill if comprised of species 'toxic' to the menhaden," the center said. "The freshwater carried by the southbound current could have supplied nutrients fueling the algae bloom."

Atlantic Menhaden are a foraging fish that feed off phytoplankton and zooplankton, according to the National Oceanic and Atmospheric Administration. They can live up to 10 years-old, reach up to 15 inches when fully-grown, and weigh up to a pound at maturity.

They're often harvested for fertilizer, animal feed, bait, and both human and animal supplements.

This is so sad....I'm not an "environmentalist" but as a daily beach walker, it is so heartbreaking to see the trash/plastic/toys/etc washed up on the beach or carelessly left behind. IF we love our oceans, ppl need to become more responsible for their manners when they visit the beaches of our world. I believe this recent fish situation has some roots in the continued pollution of our oceans.

so maybe, when you are there walking, you might bend down and pick up some trash and deposit it in an appropriate can. It might seem like a small part, but each little part adds up to helping to keep our beautiful oceans alive.

TRAIN ONLINE TO DO MEDICAL BILLING!