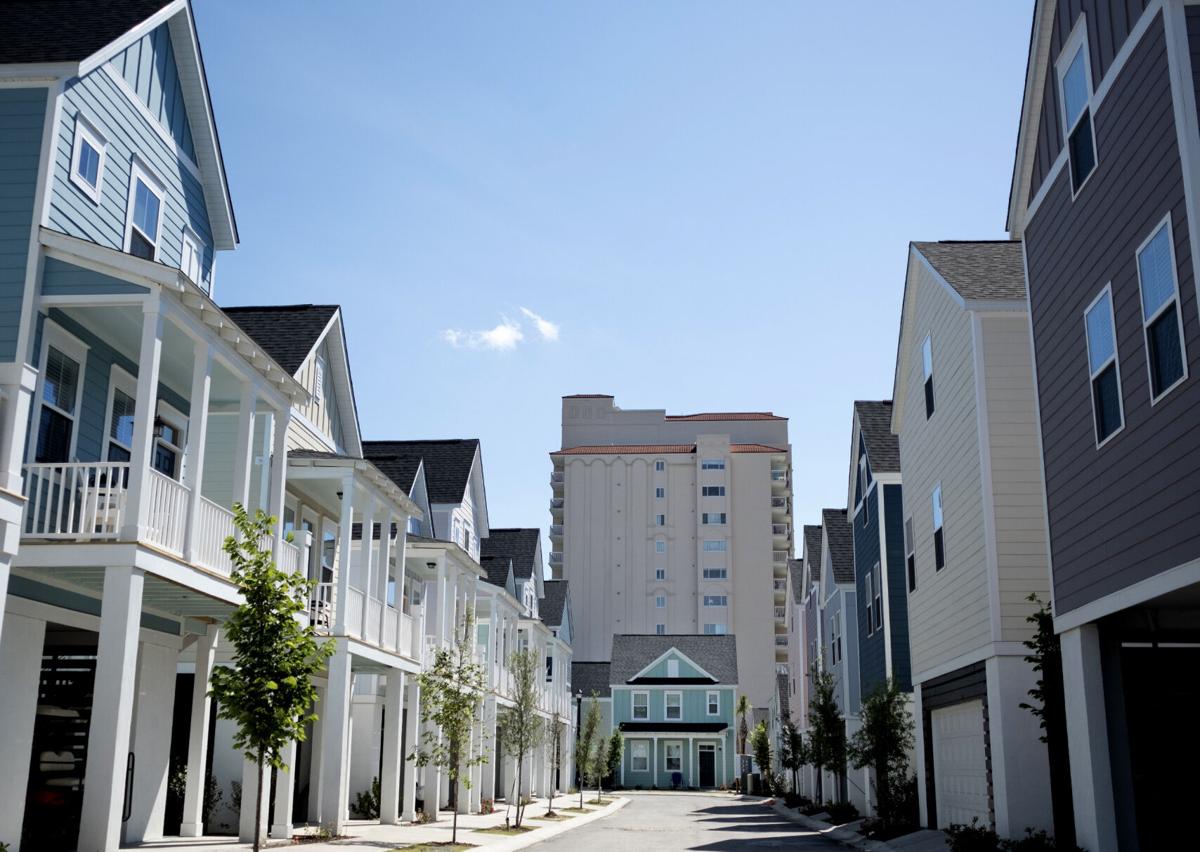 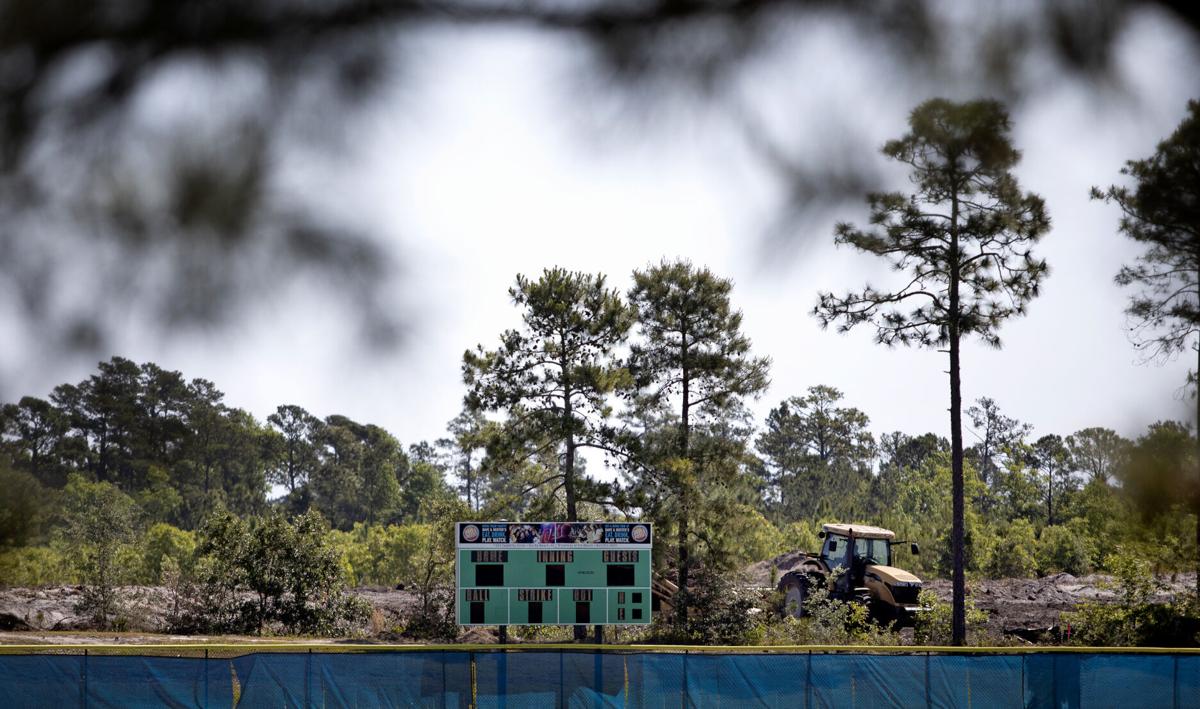 Land is being cleared along Champions Boulevard up to where it nearly abuts an outfield at the North Myrtle Beach Sports Complex. An 11-building, 270-apartment development is planned for the land. Photo by Janet Morgan/janet.morgan@myhorrynews.com 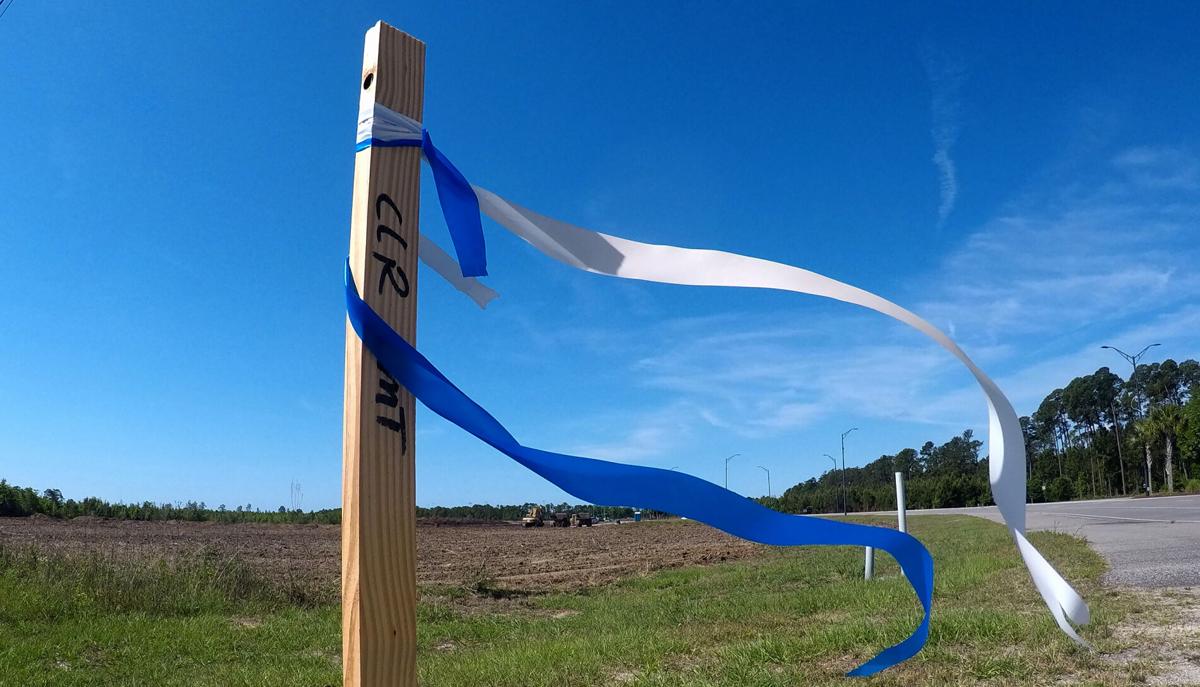 Land is being cleared along Champions Boulevard at the North Myrtle Beach Sports Complex entrance. Photo by Janet Morgan/janet.morgan@myhorrynews.com

Land is being cleared along Champions Boulevard at the North Myrtle Beach Sports Complex entrance. Photo by Janet Morgan/janet.morgan@myhorrynews.com

For the first time in five years, the city is once again increasing its water and sewer impact fees, and it’s in the third year of a five-year plan to raise water and sewer tap fees so the city can reclaim its actual cost of installing the hookups.

Pursuant to a city ordinance, water and sewer impact fees on new residential units go up 5% every year in October unless the city council suspends the increase.

“We suspended those fee increases, somewhat to try and encourage more development activity,” said city engineer Kevin Blayton. “So they did that for several years in a row.”

Not this year. The infrastructure-heavy budget that passed first reading on Monday raises the water impact fee for a single-family house from $3,322 to $3,520, and the sewer impact fee from $2,816 to $2,955.

Over the next five years, the city plans to invest more than $40 million in utility improvements, according to a budget retreat document.

“Look how much growth we have,” said Mayor Marilyn Hatley. “All this new growth is making a major impact to our water and sewer system. And so it’s necessary for us to raise our impact fees.”

While tap fees cover the cost of installing new sewer and water connections, impact fees pay for the cost of using and maintaining the infrastructure that supports the new developments.

Both fees are charged at the time the city issues a building permit. The new tap fees become effective with the start of the new fiscal year and the impact fees go up on October 1.

North Myrtle Beach is a city of more than 16,000 people, and 28,000 housing units. But right now, there are more than 5,000 residential units planned to be built within the city limits, along with 3.5 million square feet of planned commercial space and another 10,000 residential units in county jurisdiction adjacent to the city, according to planning documents.

Hatley said more people are moving to the city than in previous years, in part due to the city's safety and family values.

"Why wouldn’t they come here?" the mayor asked. "It’s a beautiful area. Our taxes are low, the weather is perfect, there are so many activities for all ages. We have wonderful schools. It’s just a great place to live. It’s cost-effective for families and retirees."

And with development, often comes conflict.

The Sea Glass project initially called for an additional 40,000 square feet of commercial space to compliment the cottages and existing 10,8000 square feet of commercial space. The developers have since proposed a change to that plan, drawing the ire of existing residents who live nearby. Instead of more commercial buildings, the developers would like to add 96 more cottages between Premier Resort Boulevard and Village Crossing Boulevard.

On May 18, the planning commission forwarded a recommendation for approval to city council, but to assuage concerned residents, stipulated that a traffic light be added to the intersection of Barefoot Resort Bridge Road and Village Crossing Boulevard as a condition of the recommendation.

The planning commission, however, is only a recommending body and can’t enforce any requirements on the developers. Only city council can do that.

On Monday, council met in executive session to negotiate the details of what would be in the developer’s agreement. Things council will have to decide include the maximum lease period, whether a light goes in the intersection in question, and if it does, how it will be funded. A crowd of people filled the council chambers to make clear their opposition to the new cottages.

“Everybody kind of says the same thing; every one of the hundred emails says the very same thing,” said Hatley, adding with a chuckle, “Some are a little nicer than others.”

Although the proposal wasn’t on the agenda for a vote, that didn’t stop Barefoot residents from speaking during public comment time to ask council not to approve the proposed changes, and to get clarification about what items would be in the final development agreement; for example, the traffic light.

“If you’re asking my guess, I think it will be signalized, but the devil’s always in the details,” City Manager Mike Mahaney told the crowd. “Who’s going to pay for that? That’s an item of negotiation.”

The residents’ primary fears are that the additional cottages will cause traffic headaches and be rented on a short-term basis. City council doesn’t plant to let the short-term rentals happen, and the cottages that are already built lease on a yearly basis.

“It will be increased traffic galore, and right now, when that bridge opens on Barefoot Bridge Road, it’s stopping traffic on [Highway] 17, just to get in,” said Barefoot resident Cindy Powers. “There’s very limited parking. I think it’s going to devalue our homes to have these small cottages. We are already dealing with the Sea Glass expansion right on the waterway. There’s debris everywhere. It’s very unsafe to walk your dogs or walk around the community now. We just ask that the council really think about this and respectfully say 'No' to their proposed agreement.”

But the 96 new cottages won’t make quite as much of an impact as the original plan for the area from decades ago. Without any changes, there could have been 4,000 units in tall multi-family buildings on the property, city officials said.

“That land has changed hands three or four times,” said Hatley. “Where this land is was supposed to be high-rises. So there’s been a lot of changes made over the years.”

Nancy Bartley, another Barefoot resident, pointed out that many retirees are escaping to North Myrtle Beach in swarms.

“And we came from areas that are very dense and populated,” Bartley added. “I am so in love with South Carolina and North Myrtle Beach. I just hope as you plan – because you are a hot commodity right now – that you remember the quality of life and reason why people want to come here.”

The city will have to advertise any potential changes to the planned development district for 15 days before council can vote, said Mahaney, who estimated the final agreement would likely be on the agenda in late July.

“We’ve got another month or so that we’re working on that,” Hatley added. “Hopefully we’ll come up with some good solutions.”