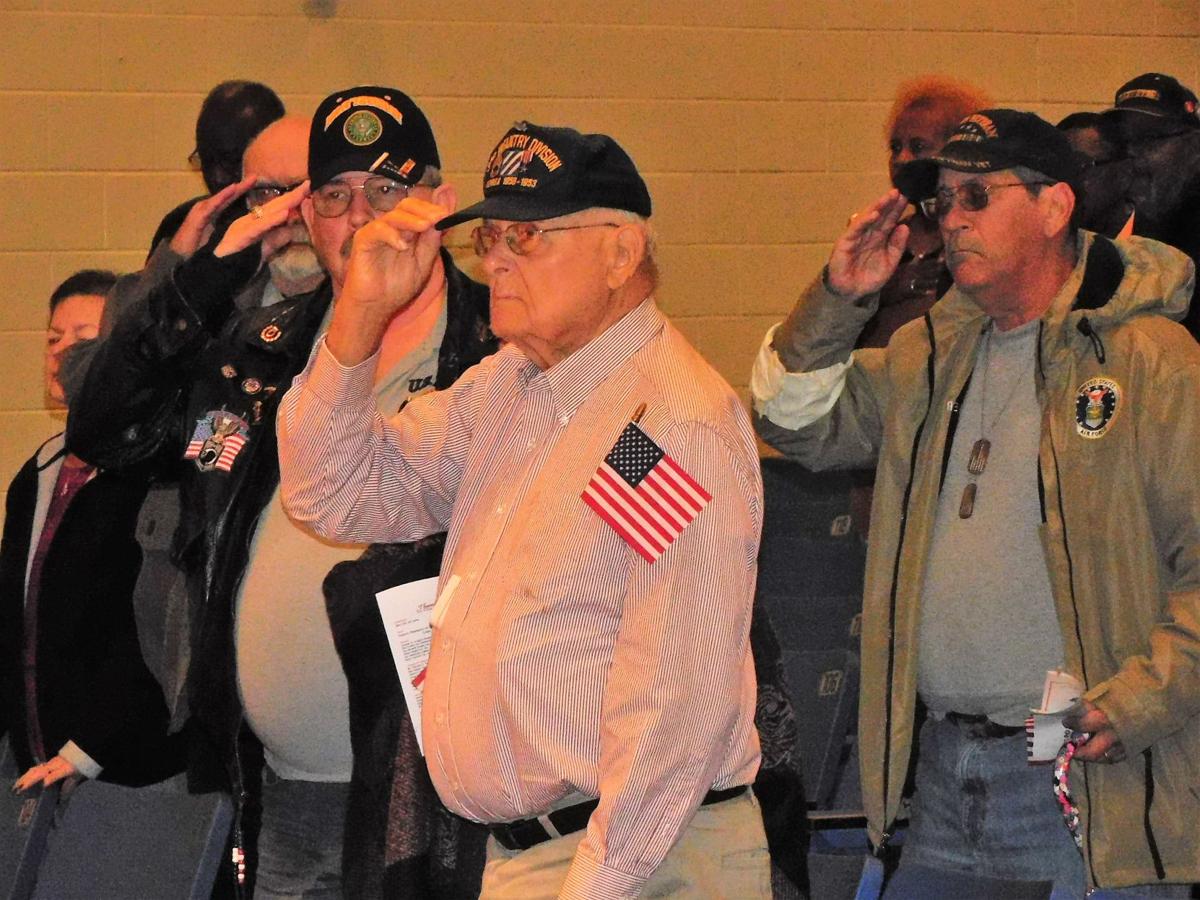 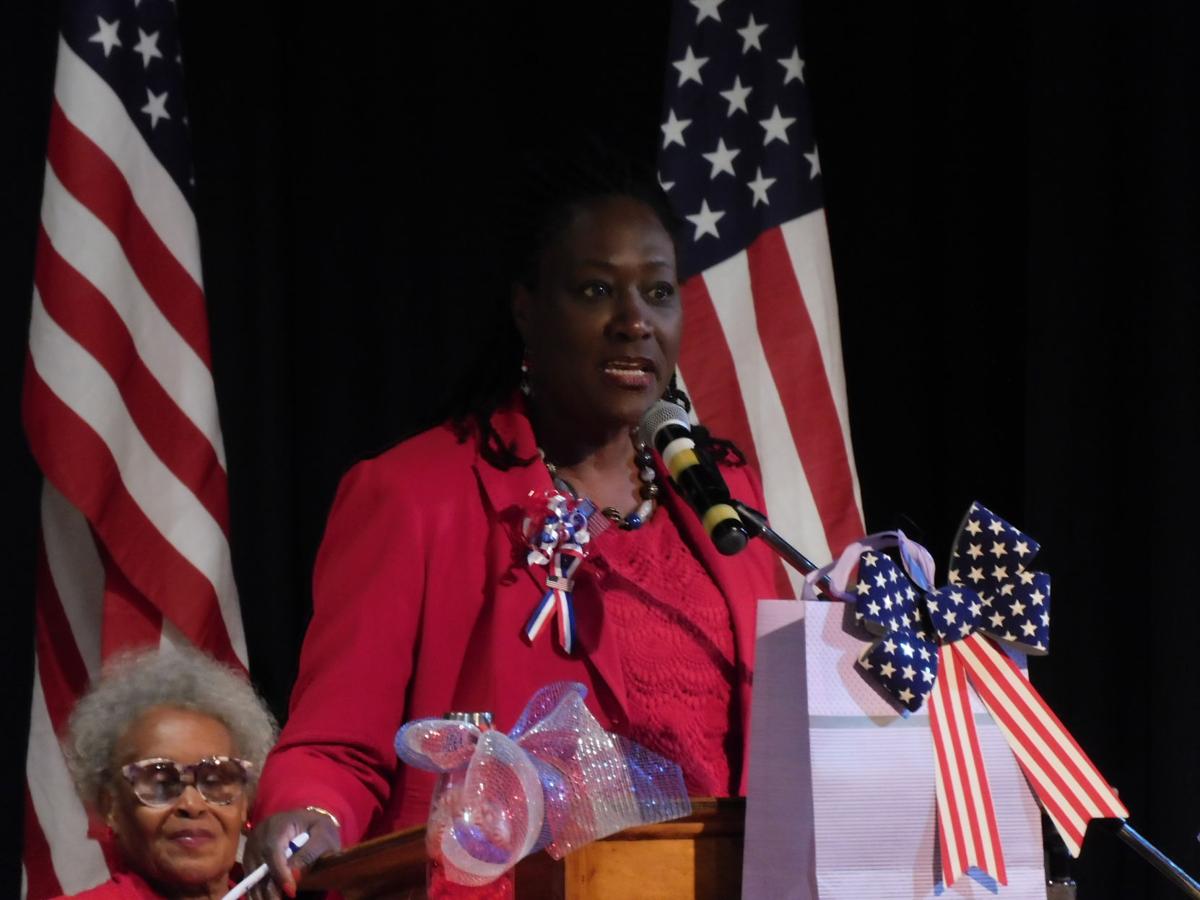 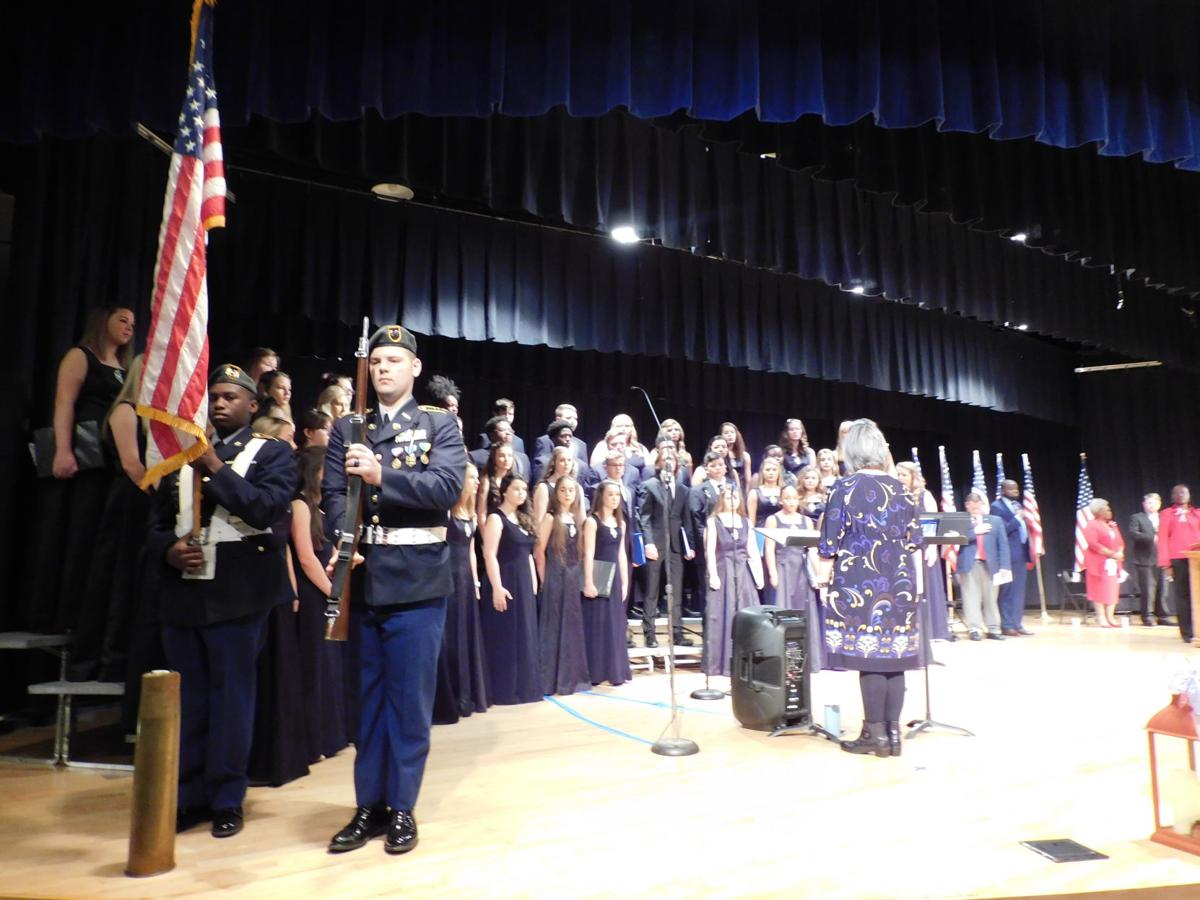 The Loris High School Choir performed the National Anthem and a few other selections during the hour-long program organized by Veda Nichols and the Loris Women’s Coalition. 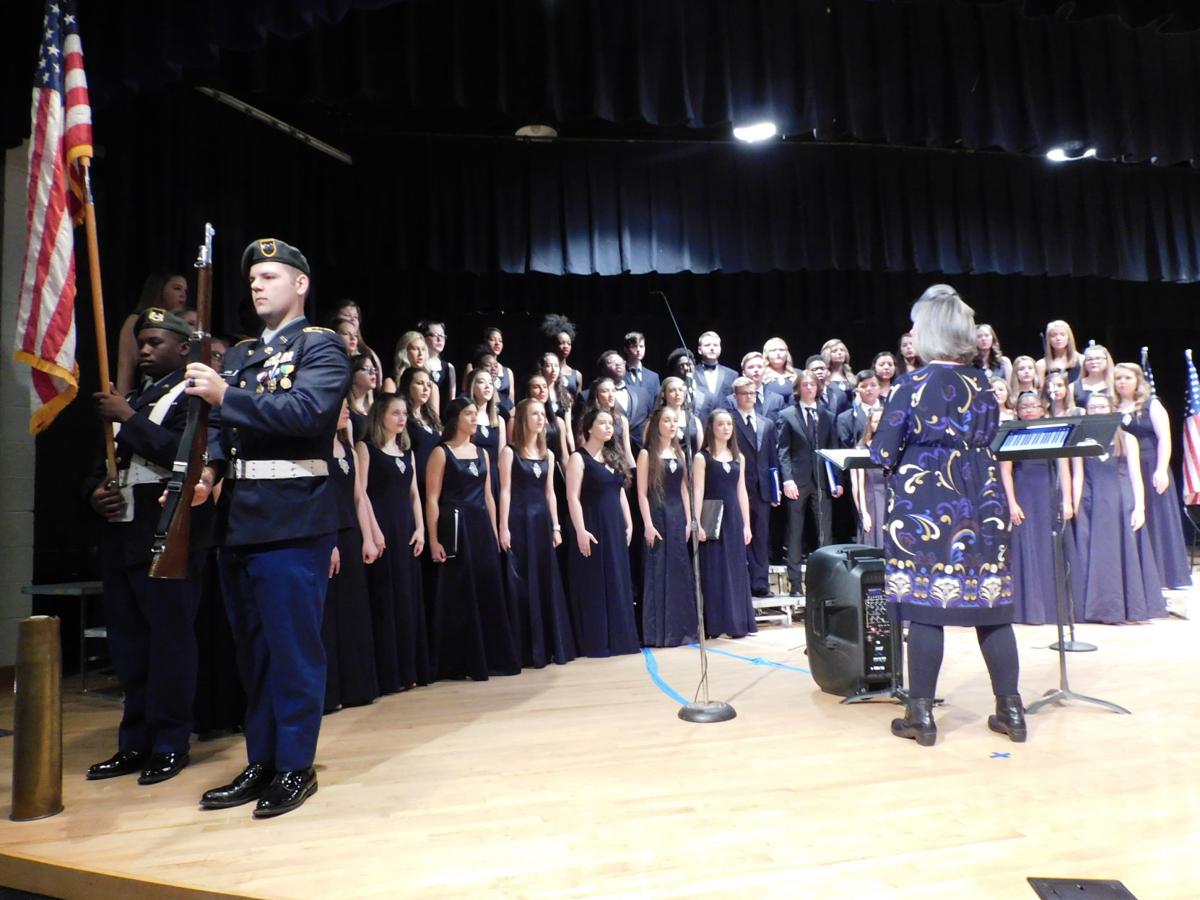 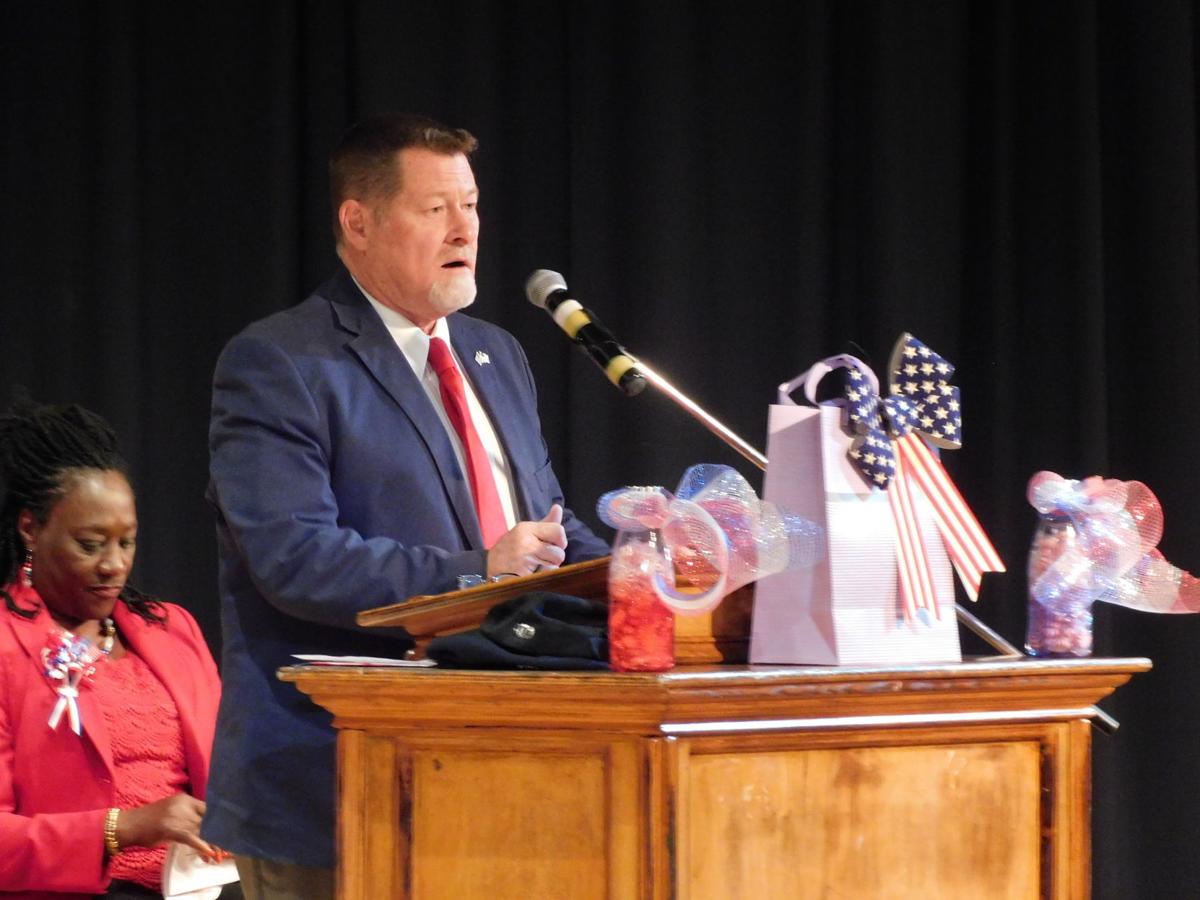 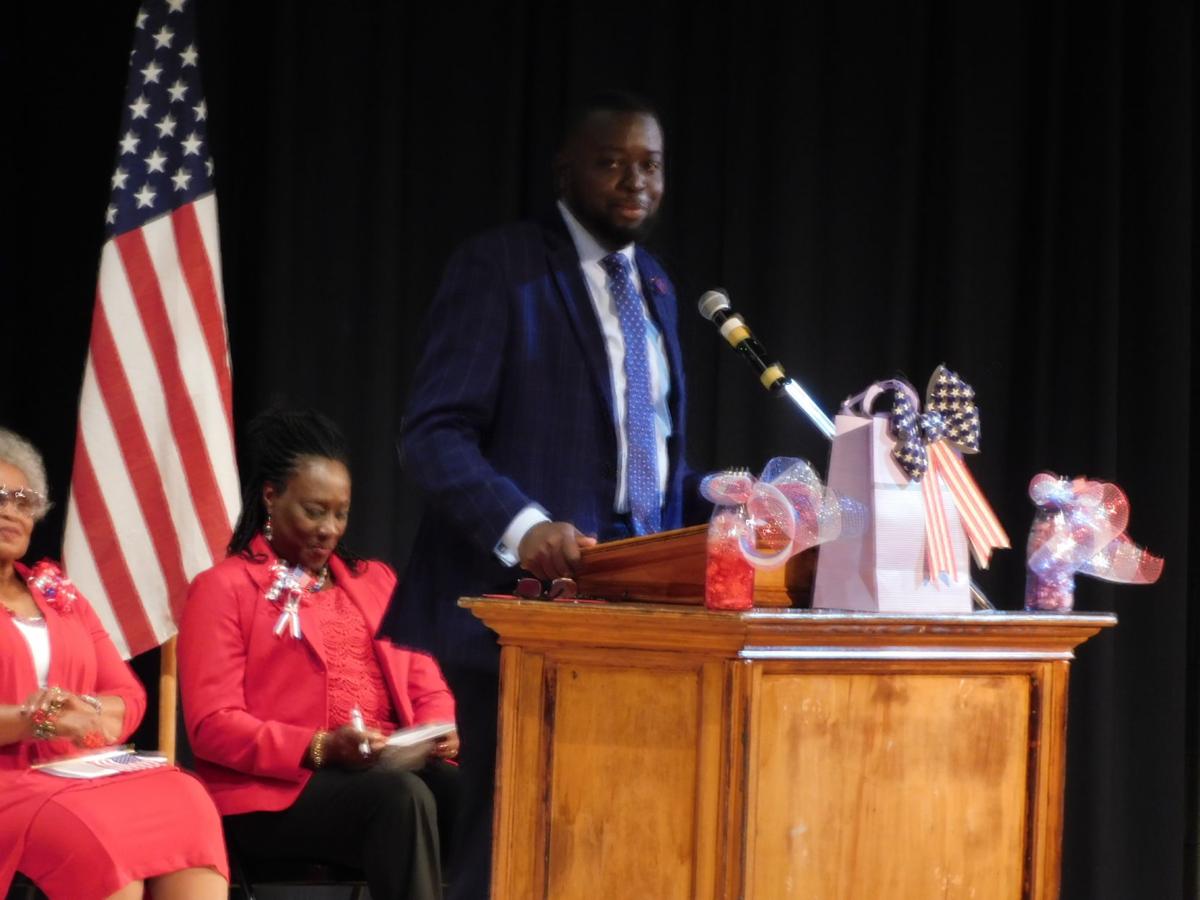 The Loris High School Choir performed the National Anthem and a few other selections during the hour-long program organized by Veda Nichols and the Loris Women’s Coalition.

Veterans from every branch of the military were in attendance for the fourth annual Salute to Loris American Heroes that took place Saturday.

It was the first time a representative from the U.S. Coast Guard was on hand for the Veterans Day tribute that took place at Loris High School.

The Loris High School Choir performed the National Anthem and a few other selections during the hour-long program organized by the Loris Women’s Coalition.

Mayor Todd Nichols addressed the audience briefly, remembering last year when former Mayor Henry Nichols -- who passed away this year -- was on the stage.

Nichols was a retired Marine.

“There are quite a number of people we have lost this year,” Harrelson said. “People just gave so much to this city, and this world, and this entire country. We need to definitely honor them and their families. The veterans give us so much.”

“Today we pause to honor men and women who decided to risk it all so that we might enjoy the freedoms that our founding fathers so carefully etched out for us some 243 years ago,” he said. “Too often times Veterans Day has been minimized to a mere day of being out of school, a few door-buster sales, and, for some, a day off of work. But for those who risked life and limb to stand in the gap for the greater good of our country, Veterans Day is much more than that.”

Ms. Veda Nichols said the annual program is “a chance to say thank you to our veterans who have valiantly fought and served our country to secure our freedom.”

In the past, it has been an invite-only event but now it is open to anyone who would like to attend.

AYNOR: 2,3&4BR MH's with all appliances, Cent.H/A including water, grass