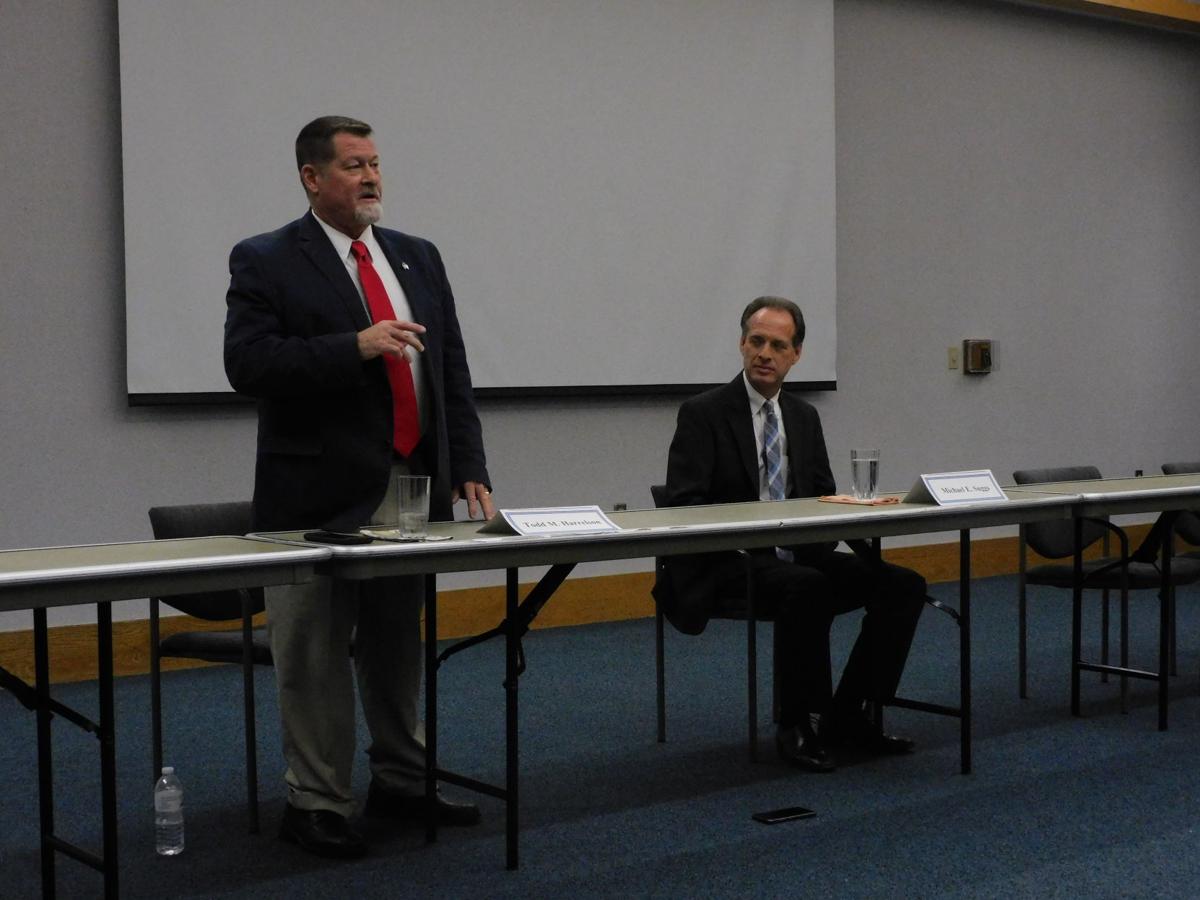 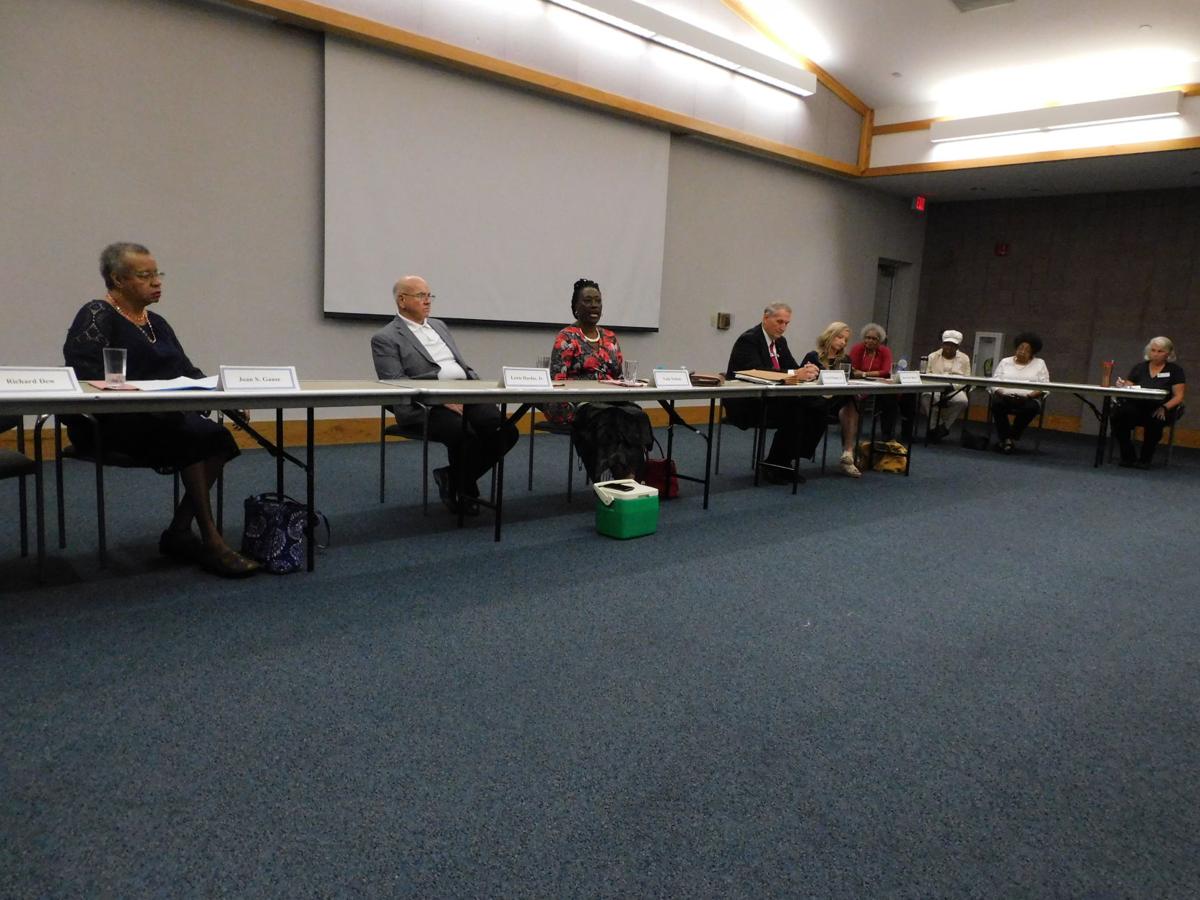 Almost all of the candidates running for mayor and four council seats who will be on next week’s ballot took time Monday to tell about themselves and answer a few questions from the public.

A forum -- sponsored by the Loris Women’s Coalition and the League of Women Voters -- was held Monday evening at the Center for Health and Fitness.

There are three council seats expiring this year.

They belong to Joan Gause, Lewis Hardee and Jan Vescovi. All three are seeking another term. They are challenged by newcomer Veda Nichols, the widow of Mayor Henry Nichols who died this year.

There will also be a separate race on next week’s ballot. That will be to fill the unexpired council term of Todd Harrelson who had to vacate his council seat when he was elected mayor.

The seat expires at the end of 2021. The candidates for that seat are Carroll D. Padgett Jr. and Richard Dew.

All the candidates were present Monday evening except Dew, who according to forum officials, was sick.

The candidates for council were the first to speak. After them, the two mayoral candidates spoke. Due to the number of candidates and the time allotted, only a few questions were asked.

Here is some of what each candidate had to say:

Harrelson: Todd Harrelson grew up in Loris and has held a series of jobs in his lifetime.

“I have done everything from cropping tobacco to pushing tobacco carts, cutting grass,” he said.

He is currently the owner of Southeastern Timberland, Inc. as well as TMH Real Estate, LLC.

“I am a man of integrity. I love the people of Loris,” he said.

When asked how he would encourage more citizen participation in government, Harrelson said he does that by being very visible himself.

“I bet everyone in here has seen me in their community in the past month,” he said. “I will do everything I can do to always do the right thing for the people of Loris.”

Suggs: Michael Suggs, an attorney who works in the Horry County Public Defender’s Office, grew up in Loris.

Gause was his eighth-grade homeroom teacher.

Before pursuing a law degree, Suggs was the manager of WLSC radio.

His father and grandfather both served on Loris City Council.

He said one way to encourage more public participation is through better communication to let people know events that are taking place.

“We can do that through our newspapers, social media, newsletters,” he said.

Gause: She has been a member of Loris City Council for more than 20 years. She said during those two decades she has learned no single person can run the city.

Gause, a native of Loris, said she wants to continue serving for many reasons. One, she wants to help oversee the revitalization of the downtown area.

When asked, she said she will be able to vote on issues as she sees fit, even if it means casting a lone opposition vote.

She said she has seen a lot of vandalism at Watson Park which is across from her house.

“That may or may not be related to drug activity,” she said.

Hardee: Also a Loris native, Lewis Hardee said he has worked in the city his entire life. Except for a short stint, he has served on council since January 2001. He has missed only one council meeting in all of those years.

He said he is always available to speak to residents about their concerns. He said he still has a land-line telephone and his number is in the phone book.

He said the city and county need to continue working together to fight the drug problem in the area.

Nichols: Veda Nichols said she moved to Loris with her husband more than 10 years ago and knew this is where she wanted to stay.

“I have the passion he had for Loris,” she said of the former mayor.

In the past few years, Ms. Nichols has helped bring the Freedom Readers to Loris. That is an organization that helps improve reading skills in low-income communities by providing one-to-one literacy tutoring, free books for home libraries, and an inspiring, high-energy learning environment.

Nichols is also the president of the Loris Women’s Coalition.

“I am a believer that as a public servant, we must serve the public,” she said. “God has blessed us in so many ways, that we must extend ourselves into our community,” she said. “When you are elected to office, the biggest job you have is to make sure the voice of the people is heard. My role, if I am elected to city council, is to be that voice for the people of Loris.”

Vescovi: Jan Vescovi, 42, has been a Loris resident since she was in middle school -- when Gause was her guidance counselor. She has three children whose ages range from 1-year to 16.

She is a Loris High School teacher. She said it was her students who helped get her interested in running for council four years ago.

“My students saw a need for more for the youth in our community to do. We had lost track of some of that strength we had. I wanted to see a growth in our recreation department,” Vescovi said.

She said she has been pleased with the improvements in the recreation department over the past four years.

“I have really enjoyed being a voice for the people,” she said.

Padgett: Carroll Padgett said he has lived in Loris for 50 years and has been an attorney almost all of that time.

He also served as the city attorney for more than three decades.

“The people of Loris are loving people and they are accepting people,” Padgett said.

“It is your money we are spending and we must do it in an efficient and effective way,” he said. “If you need something, you can always call me.”

He said, if elected, he will see to it that police are more visible to help deter crimes that are related to drug activity.

Last year, the S.C. House of Representatives passed a bill that encourages internet providers like HTC and Spectrum to expand broadband internet service in underserved areas where at least 90 percent of households do not have access at speeds faster than dial-up. The bill calls for the state to subsidize up to $2 million to providers to offer expanded services. Do you think the state needs to help fund expansion of broadband internet? Choices are: