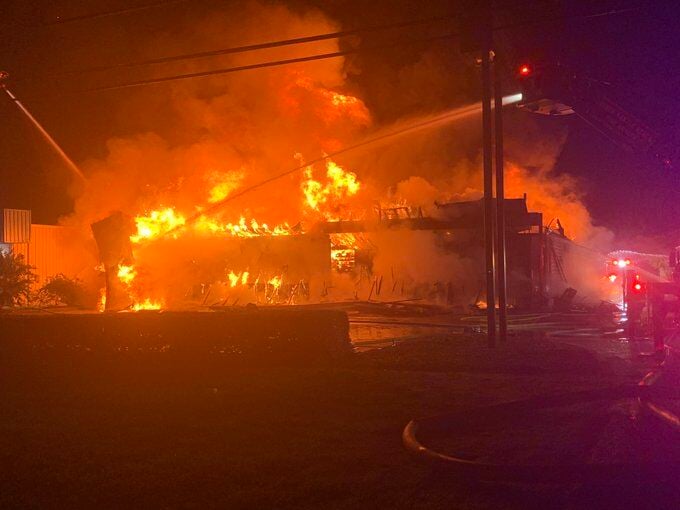 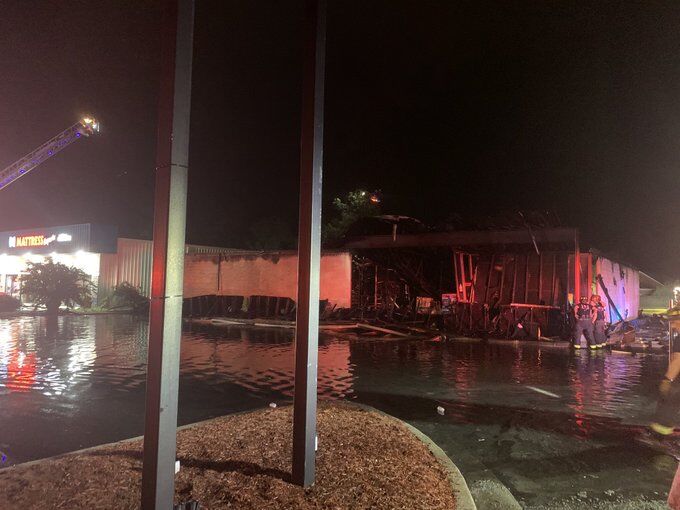 The call for the fire came in at 1:03 a.m., said city spokesperson Pat Dowling, and the city closed down the highway while crews battled the blaze.

"It was a total loss. The only store that was impacted by the fire was the auto store," Dowling said, adding that fire crews sprayed down adjacent buildings to make sure they didn't burn. "They did a great job in preserving those buildings from any damage."

North Myrtle Beach is investigating the cause of the fire, but Dowling said the city doesn't expect to find any suspicious behavior as a cause.

The fire was contained by 2:30 a.m., according to North Myrtle Beach Fire, and Highway 17 was reopened by 5 a.m.