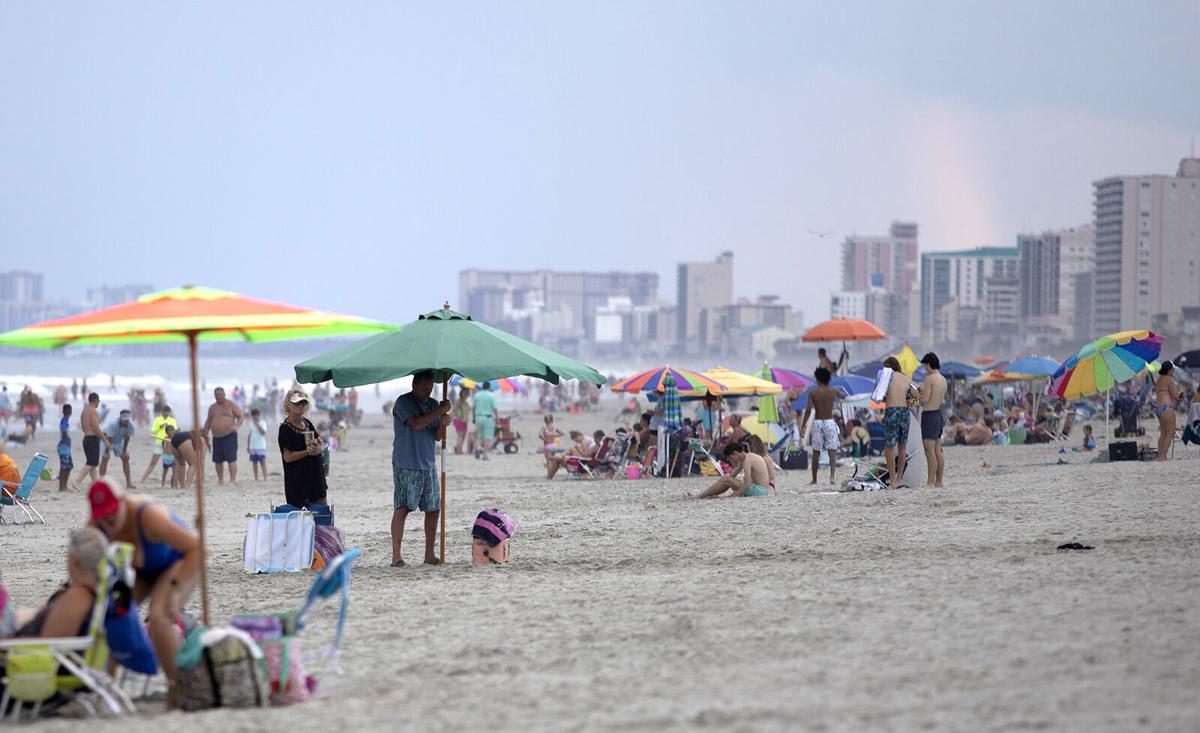 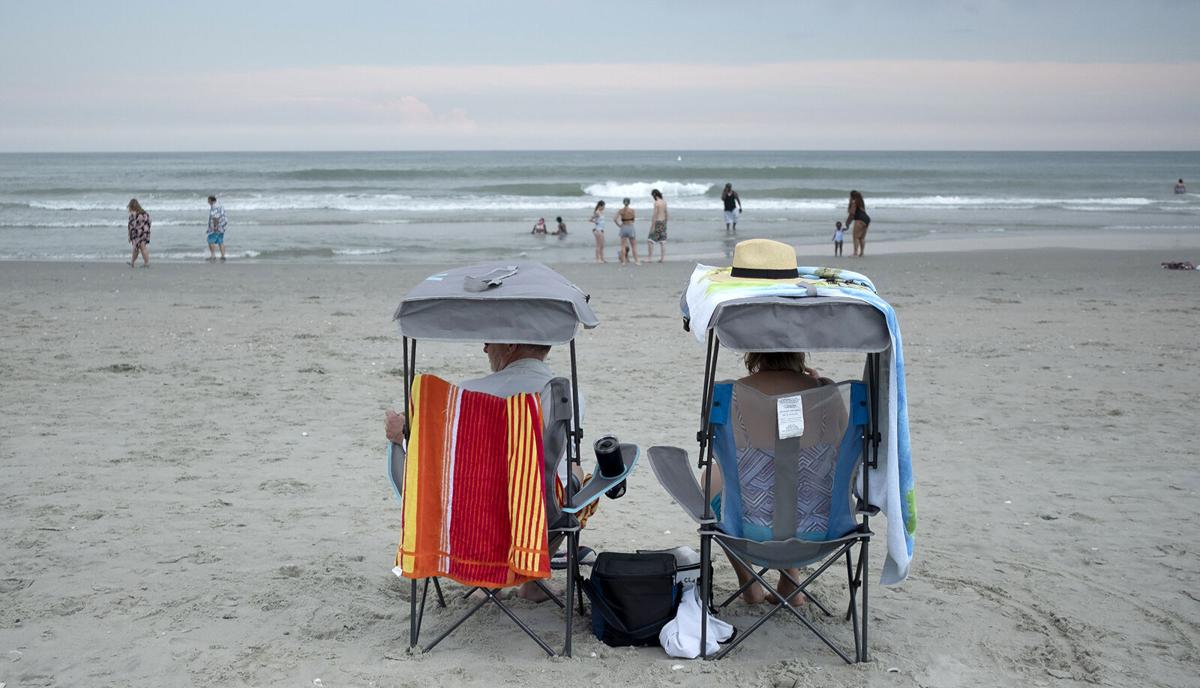 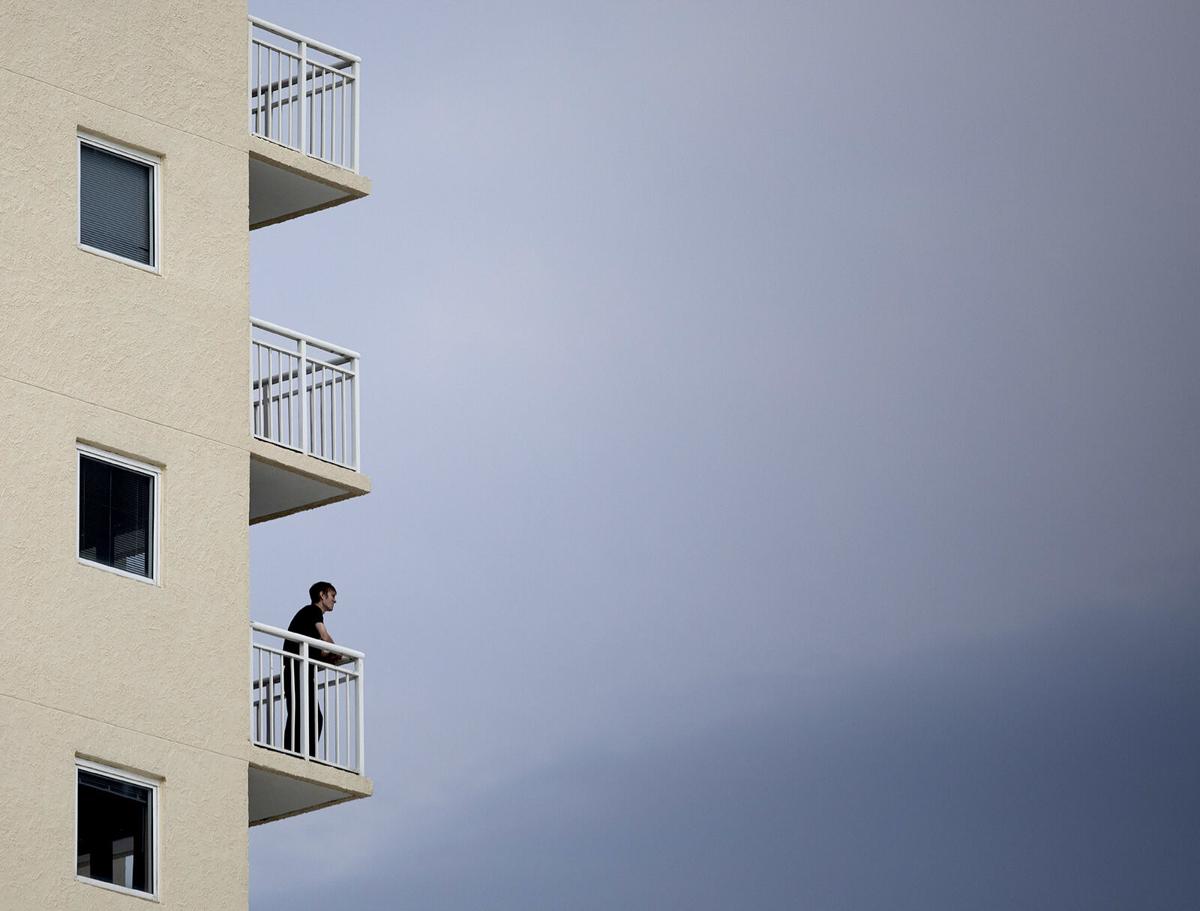 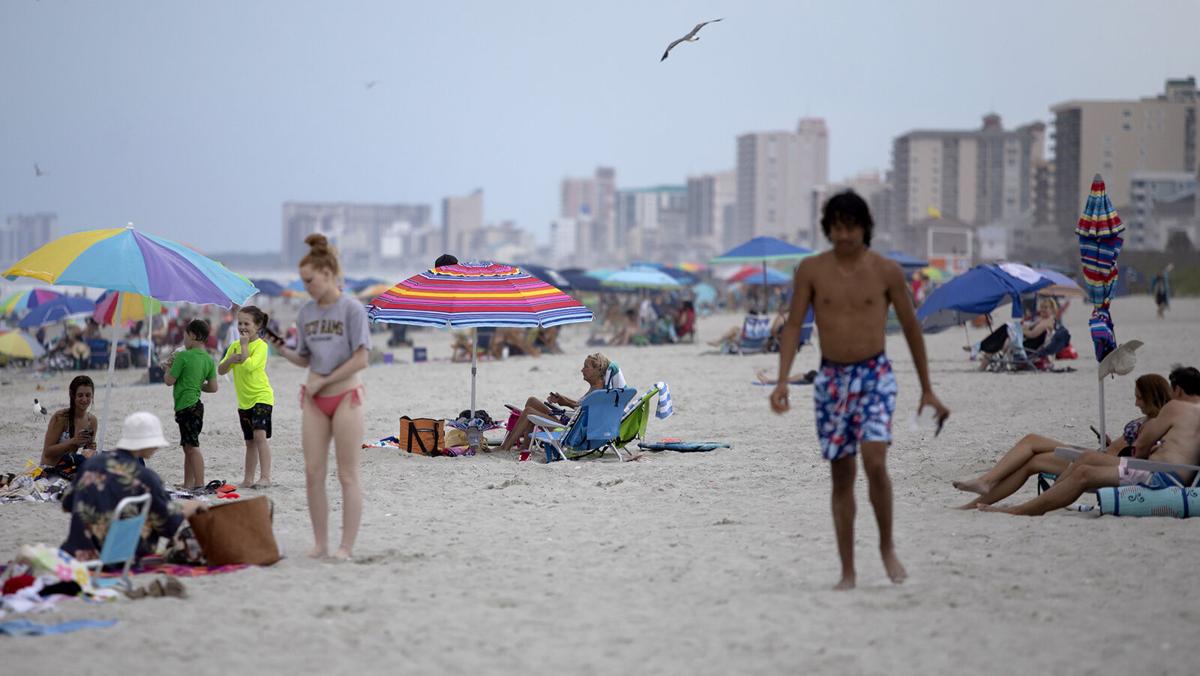 North Myrtle Beach is having a record beach season despite being short-staffed. It could be just the first splash of a rising tourism tide.

This summer, the city is charging a few dollars more for a weekly beach chair and umbrella combo rentals, but revenue for May 2021 is up more than 60% over May 2019, which was previously the city’s strongest May on record.

The city was planning to raise its rate for a beach chair and umbrella combo from $150 a week to $155 a week last year, but decided not to due to the pandemic. That change, the first price hike since 2007, is in place this season.

The $5 increase doesn’t fully account for the change in revenue. The city made a record $351,199 on rentals in May 2019, according to city spokesman Pat Dowling. That record no longer stands. Rentals brought in $562,920 last month, the city’s strongest May for rentals. That money is used to pay for lifeguard salaries and equipment.

“The motivation to get to the beach and enjoy it is no doubt spurred by the end of COVID-19 restrictions,” Dowling said in an email. “It is non-stop.”

While the city’s beach services division usually employs 80 people, it's in the same predicament as other employers on the Grand Strand who are having a hard time finding staff.

“This year we have a crew of about 24, including supervisors, who many days work on the beach alongside the employees they manage renting umbrellas and chairs,” Dowling wrote. “A beach services employee renting umbrellas and chairs starts out at $10.02/hour, earns a 2% commission on each sale they make, and keeps their tips, which can be impressive.”

The workers are part-time seasonal employees who generate revenue, and Dowling said the city would hire the full 80 if it could.

There are other signs the North Myrtle Beach tourism economy is riding a big wave.

Average occupancy for rental properties in the Myrtle Beach area was more than 68% for the week of May 30 through June 5 according to KeyData, which uses listing from Airbnb, VRBO, and rental companies who own houses, condos apartments and townhomes; the same types of accommodations that dominate North Myrtle Beach’s short-term rental market.

For the same week in 2019, previously the strongest year on record, KeyData metrics showed average occupancy at 37.5%.

And even though most tourists drive in, Myrtle Beach International Airport is on track to have a record year. In May 2021, the airport welcomed 167,143 people who got off the plane in Myrtle Beach. In May 2019, previously the airport’s best May on record, 153,174 folks touched down and airport officials think it’s an indicator of how the rest of the summer will go.

Kilday said research throughout the pandemic showed that once restrictions were lifted, people would be eager to get outside, especially to the beach and to national parks.

“Being South Carolina, because we were more open as a state and open earlier, that brought people down before July,” Kilday added.

The chamber has also seen a spike in people requesting visitor’s guides. While a busy week in past years may have been 600 requests, the chamber has had a lot of weeks this summer where the number of requests has topped 700.

Normally, the top states where folks request visitor guides are North and South Carolina, Kilday said, but this year, Ohio and Pennsylvania are the largest requesters. The area is also seeing a lot more visitors from Tennessee, Georgia and Kentucky than it normally does.

During the winter, the chamber changed some of its marketing areas to reach people further north and west.

“We’re hearing from a lot of people that this is their first time here,” Kilday said. “I think that charm and hospitality that we’re known for as a community is what people are seeking right now.”

Rick Elliot, who owns Elliot Realty, also said his company was getting more calls for accommodations than they have inventory.

“What we’re seeing right now is close to being pretty full by the third week of August,” Elliot said. “There are a lot of people calling for last-minute beach weeks, more than we have seen. What we’re seeing this year is a tremendous amount of demand for 30 days or less arrival time.”

And like the city’s beach services division, his company is still figuring out how much more they need to pay housekeepers to bring them on and retain them.

While this summer is mostly booked out, Elliot said it would be a game of “wait-and-see” after the third week of August, but he remained optimistic about the strong demand.

“It’s good to see people coming back to our area for family vacations, and I think the economy will definitely see a boost this year and provide revenue to our city with hospitality taxes and accommodation taxes that will help our residents who live here keep our taxes low,” Elliot added. “Having our second homeowners in the community that allow their homes to be rented by other people is a tremendous asset to North Myrtle Beach.”

CCMF boosts hotel occupancy rates in Myrtle Beach: 'We were sold out every night'

3 TON AC outside unit for MH or house, Like