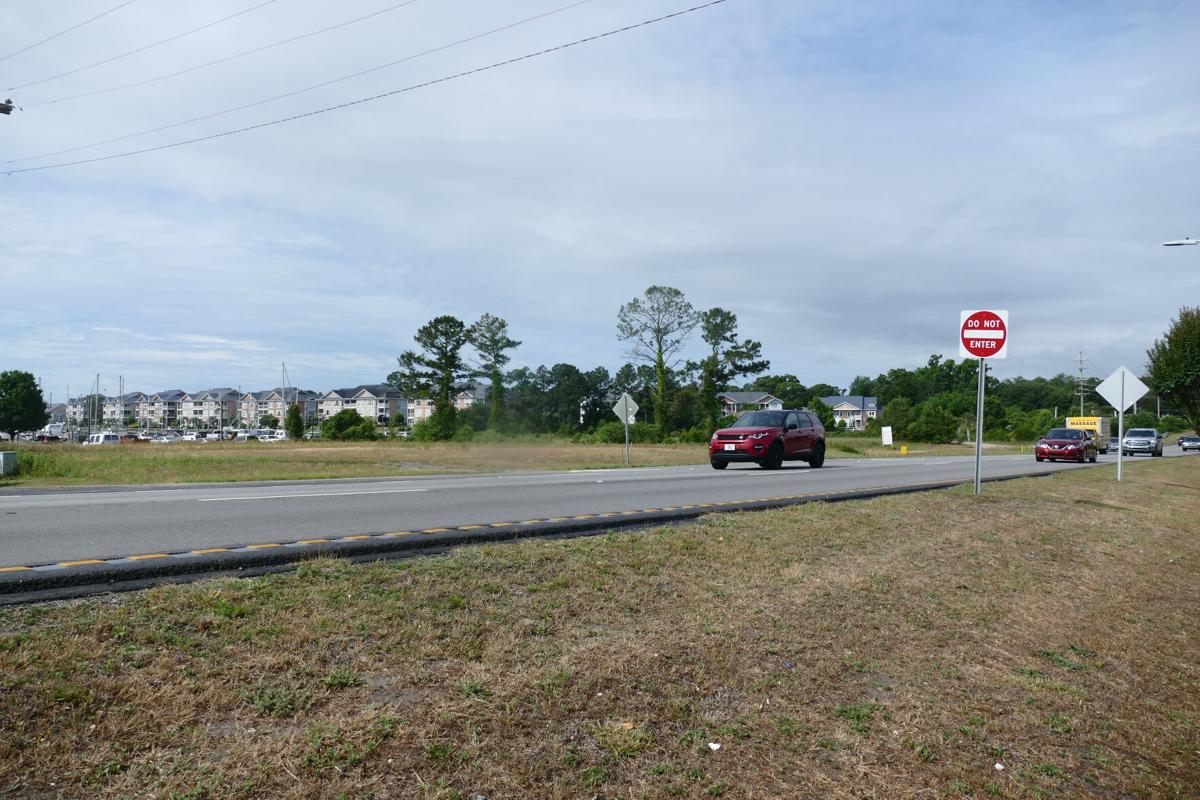 Horry County Council on Tuesday voted to defer second reading on a rezoning request that would allow a 120-foot high rise between Highway 17 and Coquina Harbor. Photo by Christian Boschult 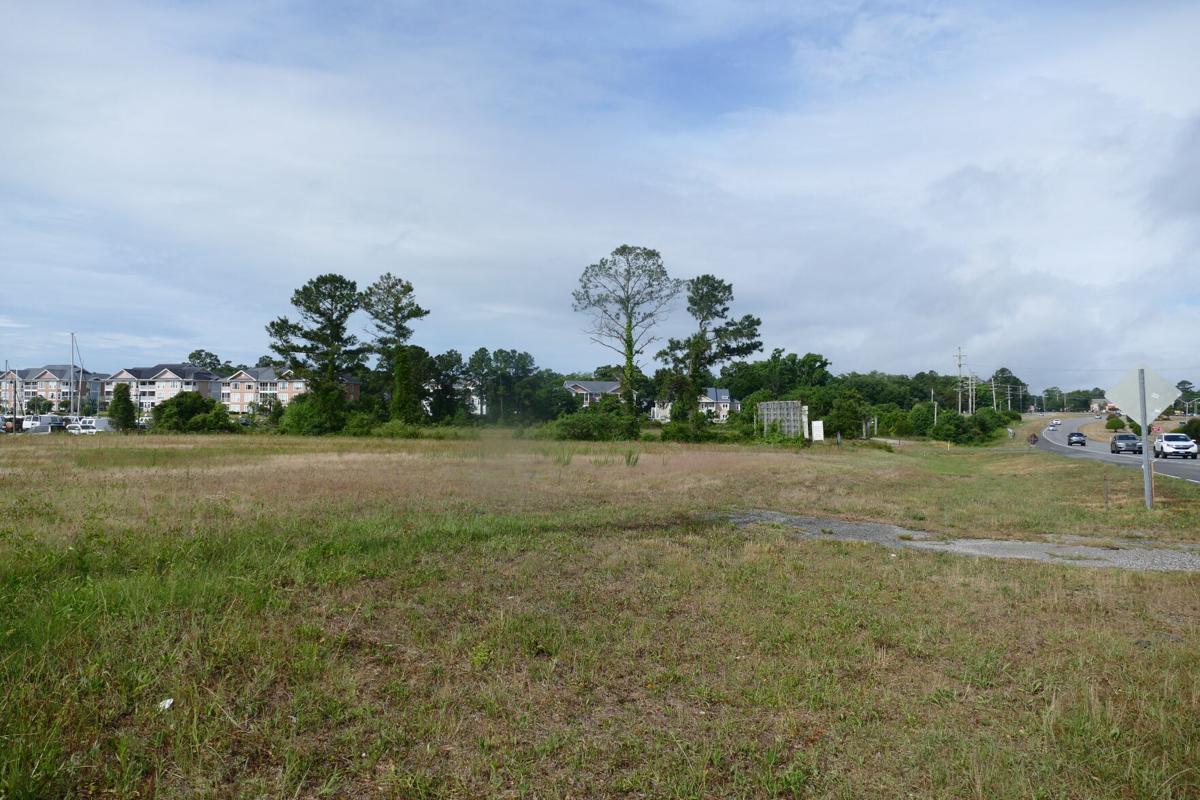 Horry County Council on Tuesday voted to defer second reading on a rezoning request that would allow a 120-foot high rise between Highway 17 and Coquina Harbor. Photo by Christian Boschult

Horry County Council on Tuesday voted to defer the second reading of a rezoning for a controversial 12-story high-rise project in Little River between Highway 17 and Coquina Harbor.

The height of the project is a subject of a potential disagreement between some councilors and Benjy Hardee, the landowner seeking the rezoning.

“I’ll work with ‘em on parking, I’ll work with ‘em on about anything they want to do to try and help ‘em make their project work, but I can’t go above 60 feet,” said District 1 councilor Harold Worley, who represents that area. “I just can’t do it. Those folks at Little River would tar and feather my butt.”

The Little River overlay zone prohibits buildings that are more than 60-feet high, except for areas zoned as planned development districts, which limits the height to 120 feet.

The two parcels that make up the 4.3 acres Hardee wants to build on are zoned Resort Commercial and Highway Commercial. His rezoning request for a PDD calls for a 12-story building, with 336 residential units, including transient units, 8,834 square feet of commercial space and 11,000 square feet of conference space. The design calls for more than 700 parking spaces, many of them in five levels of a parking garage.

Katrina Morrison, who lives next to the harbor, spoke out against the project, citing her concerns about its environmental impact and the amount of traffic it would generate. The high-rise would be built just down the road from the Highway 17 and S.C. 90 merger, and Morrison said that already, it often takes highway patrol an hour to respond to accidents in the area.

“If any member of this council feels that this is somehow good for the environment or good for the people who live there, I am telling you right now it is not, [in] any way, shape or form,” Morrison said. “The public safety issues are immense and there has been no traffic plan, no investigation of the traffic flow and no discussion about it that I’ve heard as of yet. The environmental impact speaks for itself so I’m only guessing no environmental study was called for. Why? Maybe because we already know what the outcome would be. Of course it would be detrimental to the environment.”

County spokeswoman Kelly Moore said no traffic study or environmental study was required for the project.

Morrison also cited a 2016 resolution where council voted to be a lead cooperator for the development and implementation for a Little River Neck watershed plan. The goal of the plan is to lower the bacteria levels in the area to the point where shellfishing is permitted in Hogg Inlet and Dunn Sound Creek.

After decades of prohibition, could North Myrtle Beach's oyster beds reopen for harvest?

“Why on earth would we give special consideration to something that would clearly be detrimental?” Morrison asked. “Regulations when they need to be changed or made different take a lot of thought and consideration and I don’t think that the council has given enough to this proposal.”

Bellamy Law Firm attorney George Redman, speaking on behalf of Hardee, brought up a 2006 consent order that ended a 2005 lawsuit between Coquina Harbor Resort, LLC and Horry County Council over the height of a proposed 17-story project on one of the parcels of property included in the rezoning request. Coquina Harbor Resort had filed a lawsuit accusing the county of passing a new zoning ordinance in an effort to prevent the project from happening. The county denied those allegations.

“To be clear, our client’s permit was in at that time and had been discussed and had been working with the county in good faith to put a nice-looking project on this piece of property,” Redman said, referring to Coquina Harbor Resort. “And when there was a delay, inevitably that delay in review resulted in a lawsuit and then the delay of the lawsuit caused tremendous financial harm to the owner of the property at the time.”

“We understand the county wants to vacate this order and subject itself to claims for damages,” said Howell ‘Skeets’ Bellamy, who also worked on the case. “I don’t understand that. In the sense of fair play, please, honor what you agreed to.”

Council discussed the rezoning request in executive session and then voted to defer second reading for two weeks.

Worley said the 15-year-old consent order no longer applies, pointing out that Hardee’s companies, CHR, LLC and Hardee Real Estate Management, LLC were not parties to the consent order. CHR, LLC bought the property in 2013.

“I’ll work with them in a PDD as long as that height’s not over 60 feet,” Worley said. “I’ve had over 100 emails and telephone calls in the last three weeks, more than any issue since I’ve been serving the people, and that’s 35 years. Having said this, the folks are very passionate about this: they do not want a high-rise hotel at Coquina Harbor.”

The lawsuit filed by the Coastal Educational Foundation is blocking a deal to preserve the northern end of Waties Island.