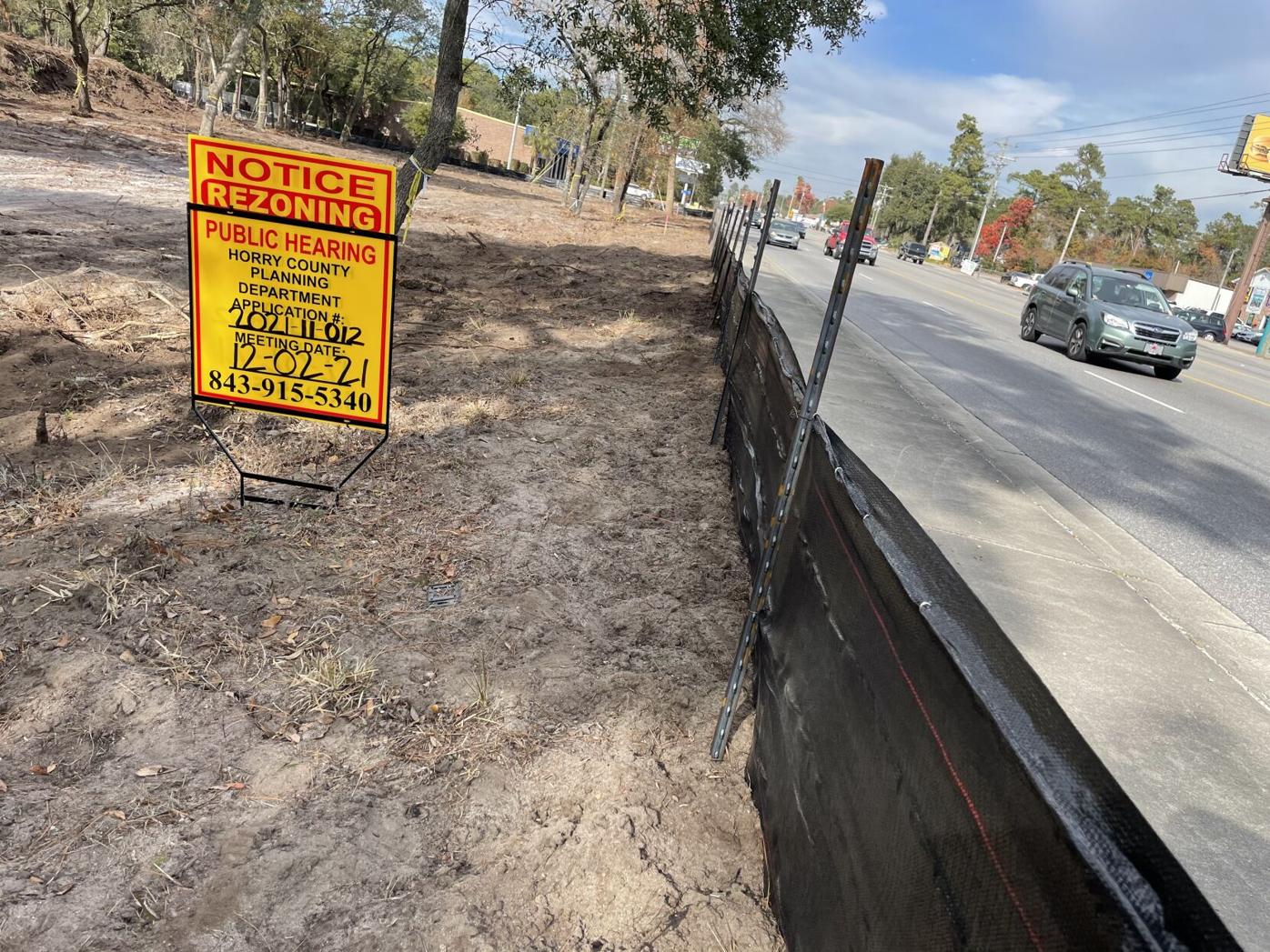 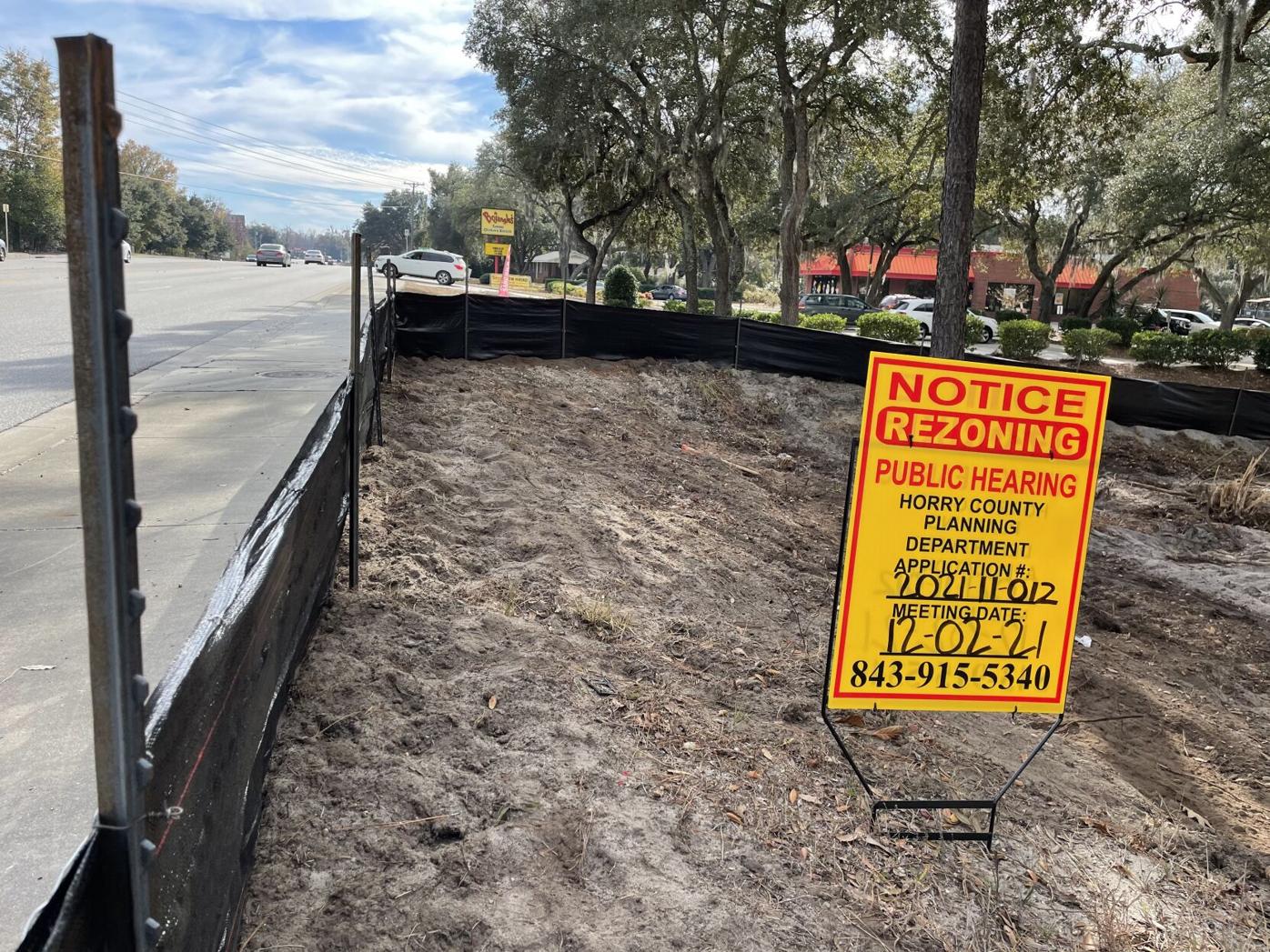 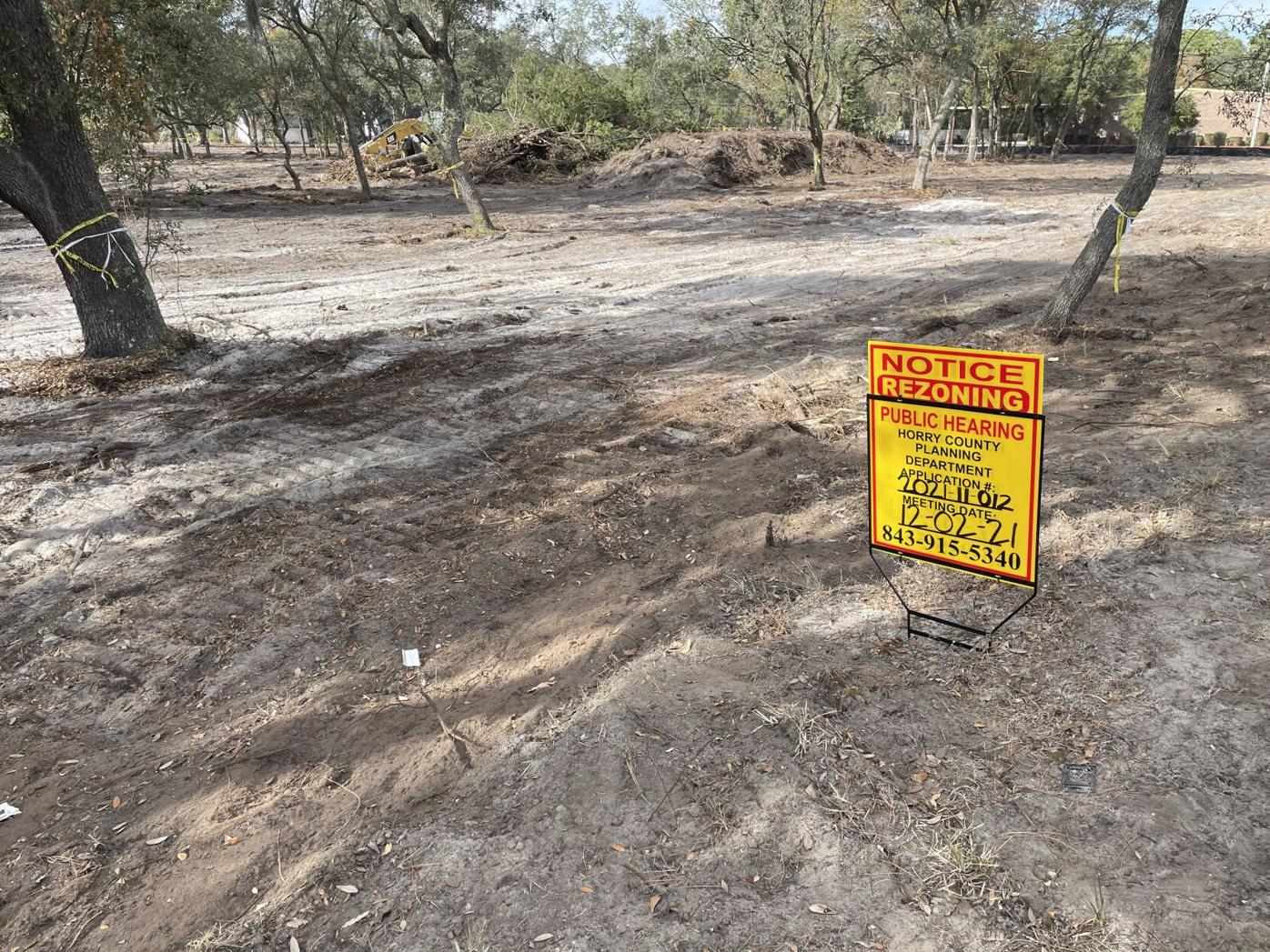 Horry County planning commissioners gave a thumbs down this week to a proposed campground in the Conway area along S.C. 544.

The commission’s recommendation against rezoning the property does not kill the project — zoning decisions rest with Horry County Council — but the vote does signal the group’s concerns about the development.

Diamond Shores, the firm seeking the rezoning, has proposed building the campground on 17.5 acres beside the Bojangles near Pace Circle.

Rezoning the land to a destination park designation would allow for the creation of 161 RV sites.

However, Diamond Shores’ David Schwerd said the number of sites would likely be reduced because the applicant wants to preserve oak trees on the property. The landowner took a similar approach with the trees on the neighboring Bojangles site.

During his presentation to the commission Thursday night, Schwerd said the developer would make access improvements to ensure visitors would have an easier time getting in and out of the campground.

“There is a lot of camper traffic on 544 already,” Schwerd said. “This would be an option where they could actually go to this location without driving all the way down to the beach and adding traffic to 544 in sections that are closer to the beach.”

He also emphasized that this location was better than other places on the highway because of the lighter business traffic there.

“If you were going to pick a section of 544 that would have the least amount of turning movements, this would be the section,” Schwerd said. “I know there’s been concern about traffic in this area, especially with campers coming in and out. There are other sections of 544 with a lot more volume, and campers are successfully able to navigate and make a left turn.”

But commissioners weren’t convinced. Several voiced concerns about RVs turning left out of the campground onto S.C. 544 or slowing down to turn right into the park.

Commissioner Burnett Owens, whose district includes the site, agreed with Ray about the traffic concerns. He said turning left out of the Bojangles there is already difficult.

Schwerd countered that the site is approved for residential lots and the RV park is projected to generate less traffic than the development that could be built today without a rezoning.

But commissioner Michael Masciarelli said he frequently travels S.C. 544 and sees the camper traffic. He doesn’t support adding an RV park at that spot.

“On the weekend, the amount of trailers, RVs that you see … that’s what makes Myrtle Beach what it is,” he said. “You’re there. You’ve got one that’s in the left lane. You’ve got one that’s in the right lane. They’re trying to pull out. And two or three get through and boom, the light’s red again. It just takes forever. Just looking where that is, and granted, if there were houses there, those cars get in and out of there a lot easier and they accelerate, decelerate faster than what these large RVs do. I just don’t think it’s a good place for an RV park.”

Schwerd asked if forcing RV operators to turn right onto S.C. 544 would ease commissioners’ concerns. He also offered to consult with the state Department of Transportation (DOT) to see if the developer could incorporate a deceleration lane into the entrance design.

County staff recommended that the project be approved as long as a deceleration lane is included, but ultimately the commission wasn’t persuaded.

The rezoning request now goes to county council. The council’s next meeting is scheduled for Dec. 14.