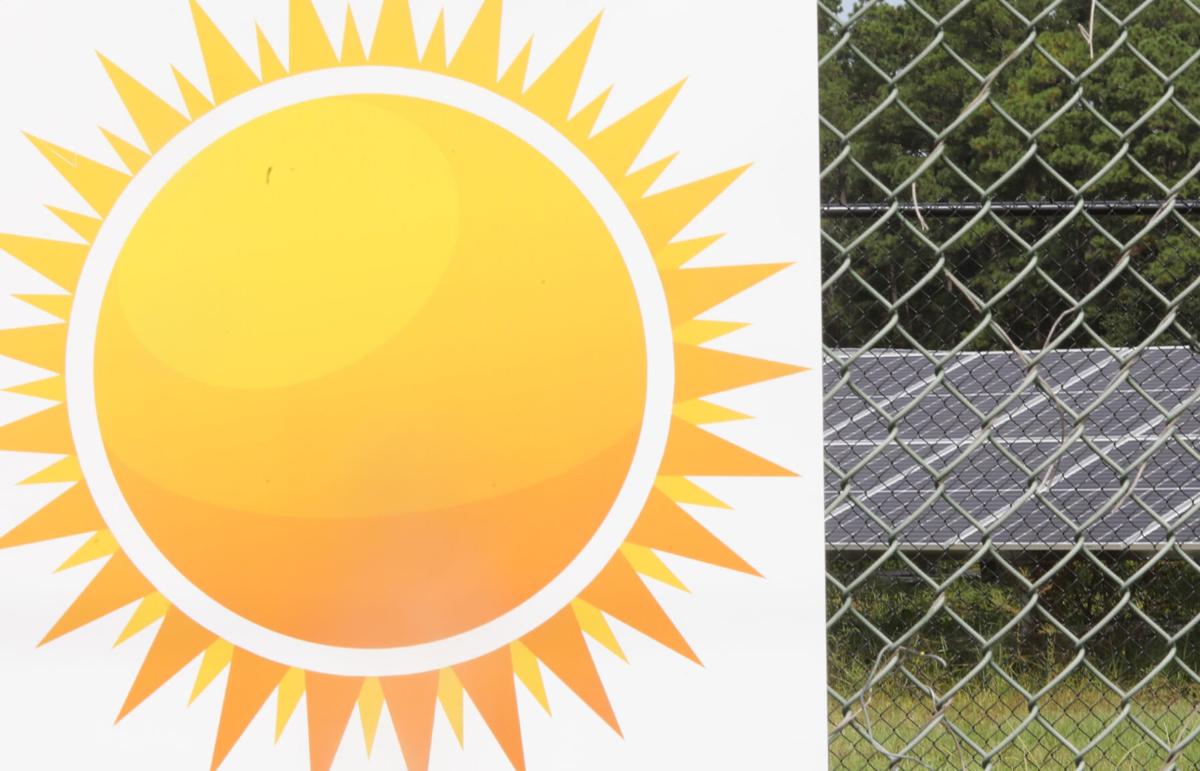 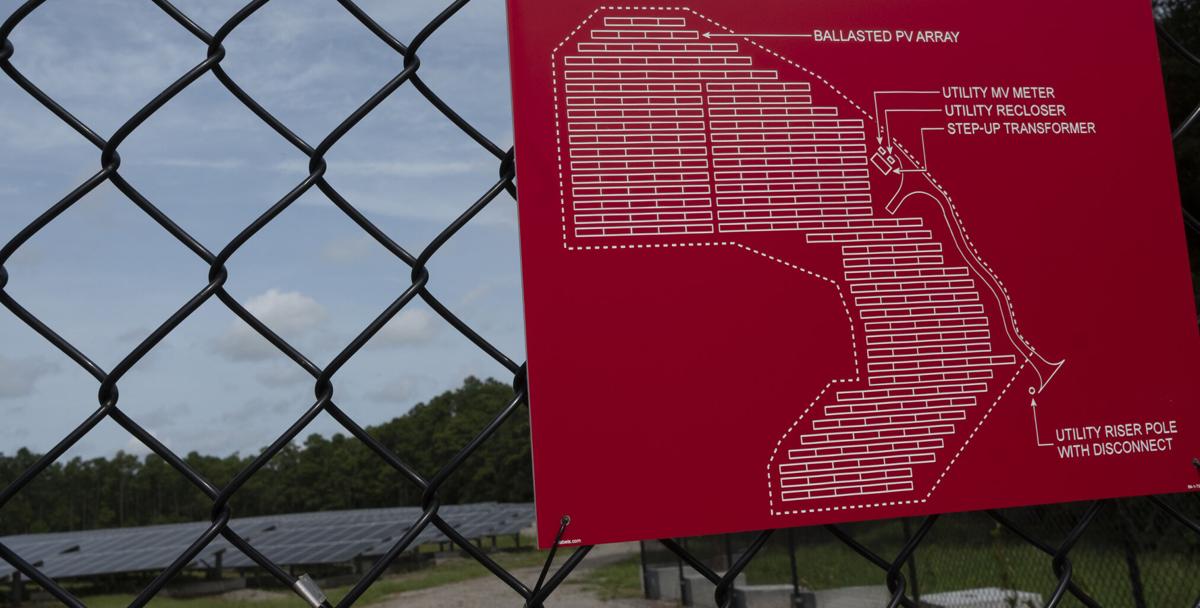 A proposal to build a $166 million solar farm in western Horry County received mixed reviews from county council members this month, illuminating the divide between councilmen who see these projects as potential moneymakers for the county and those concerned about the long-term environmental impact of the technology.

The request is just the latest solar proposal to be presented to the county in the last year. There have been at least two others and county officials expect more will arrive as the solar industry tries to capitalize on Santee Cooper’s focus on renewable energy.

But the discussion also comes as county officials grapple with the challenges of managing their electronic waste stream, and they worry about what will happen to the solar equipment when it is no longer being used.

“Has there been any discussion as to what they’re going to do with the material after it becomes obsolete in five years, 10 years or whenever?” Horry County Councilman Johnny Vaught asked. “We spent over $3 million last year at the Solid Waste Authority disposing of televisions, electronic equipment. … I don’t know any landfill in this country that takes this kind of stuff.”

Solar farms generate power that they then sell to a utility. In Horry County, the council debate has focused on two issues: the environmental impact of disposing used solar panels and the potential windfall for the county from making a deal with a solar company.

What one unnamed business has proposed is paying the county about $552,000 per year for 30 years in exchange for tax breaks on about 1,000 acres. County officials have said the agreement is important because the company could not afford the project without the incentives.

However, if the land remains simply agricultural property, it would generate less than $30,000 in annual property taxes. County staff have encouraged council members to consider the offer, especially in light of the county's COVID-19-strained budget and Santee Cooper’s recent interest in solar energy.

The state-run utility seeks to shrink its carbon footprint by closing coal-fired power plants such as the Winyah Generating Station in Georgetown County. Meanwhile, Santee Cooper is expanding the use of solar energy.

Santee Cooper hopes to its reduce carbon emissions by 30% over the next decade. Last month, the utility announced that 21 solar developers had responded to a request for proposals for new solar projects.

The utility plans to analyze those proposals through the middle of this month, then negotiate and finalize agreements to purchase power.

Santee Cooper spokeswoman Tracy Vreeland said it’s unclear if any of the successful bidders will have Horry County projects.

That possibility concerns some county officials. They have said that if they deal directly with the solar businesses, they can at least generate some revenue from these projects.

“If Santee Cooper comes in and does that, we get almost nothing,” assistant county administrator Barry Spivey said during a committee meeting last month. “If we accept something of this nature, we get $500,000 per year, potentially for 30 years. From us, if it’s going to be here one way or the other, we’re much more enriched in this type of arrangement than we are letting Santee Cooper develop it themselves.”

“The financial thing looks real good,” Vaught said. “But I’m thinking about my grandchildren and children down the road. Where are these materials going to go?”

Councilman Al Allen, whose district includes the site of the proposed farm, also has reservations about the project. He said he’s spoken with landowners in other parts of the country who have regretted their solar endeavors.

“Some of these outfits are known to get these large government grants and come along in their snake oil wagon and sell this to the farmer,” he said. “[They] tie their land up on a long-term lease and pay them just slightly more than what their agricultural income would be, and then in four, five or 10 years, when all these things need upgrading — which is extremely expensive, extremely expensive — there’s no place to put the old items.”

Despite his concerns, Allen said he might be persuaded to support the project if he could be assured that the more than half-million in revenues from the deal would be spent on public facilities in his district.

“That would be the only carrot on the stick that would help me to possibly consider it,” he said.

David Jordan, one of the county’s attorneys, said the council could spend the money as it sees fit. He noted that the solar industry is in its fledgling stage in Horry County (there's already a solar farm off U.S. 701 South near Bucksport). Jordan also said the solar company has offered to post a bond to help cover the "decommissioning" costs, the expense of cleaning up the solar farm site when it's no longer being used.

The council's transportation and economic development committee is scheduled to discuss the issue again Thursday afternoon.

But are disposing panels and earning fee revenues the only relevant concerns for solar farms?

“The larger question, though, when considering a solar farm is we have to look at carbon emissions and our changing climate,” said Pam Martin, a Coastal Carolina University political scientist and executive director of Georgetown RISE, a United Nations Regional Centre of Expertise on Education for Sustainable Development.

“The real question is, do we as citizens that live along a coast that has been threatened by hurricanes, tropical storms and floods and sea level rise, especially over the past five years consistently, do we want to consider an energy form that is renewable and reduces carbon output?”

Of course, solar energy doesn’t reduce carbon output to zero. Panels are fabricated in factories, and there are rare metals involved such as silver, terbium and cadmium. When those metals are disposed, there are ecological consequences. Martin acknowledged that the council members’ concerns are valid, but she also pointed out that the industry is changing.

“We don’t have a comprehensive plan for their disposal,” she said. “But there are a lot of companies now that are recycling solar panels, and that is of course on the forefront. … You’re hedging your bets on this for sure, but I would say by the end of the life cycle of that solar farm, there will be a better process for that. Now don’t forget that South Carolina was all about nuclear energy not long ago, and we don’t we have a very good process for getting rid of that, either.”

As for the lifespan of solar panels, Martin noted that they are typically designed to last about 25 years. She noted that researchers have found some panels from the early 1970s still function, though their production capability declines over time.

“There is every possibility that, while not functioning at 100%, those solar members that the council members [are] talking about, may very well still be functioning,” she said.

Martin also said there are more immediate environmental concerns when planning solar farms. For example, if thousands of acres are cleared to make room for multiple solar farms, destroying the trees would be counterproductive because trees can absorb carbon.

"Forests actually are natural carbon sinks," Martin said. "So when you cut down a forest and you replace it with a solar farm, you have to really look at the carbon analysis there. And that's where a long-term, larger scale plan for Horry County for renewable energy and carbon emissions would be useful. That's why a lot of counties and cities have climate change and climate change action plans and commitments to carbon reduction with long-term plans. Because this is exactly what happens. You have one-off projects that come up like this, but they're not coordinated. And what you don't want to be doing is cutting down forests to replace it with solar farms."