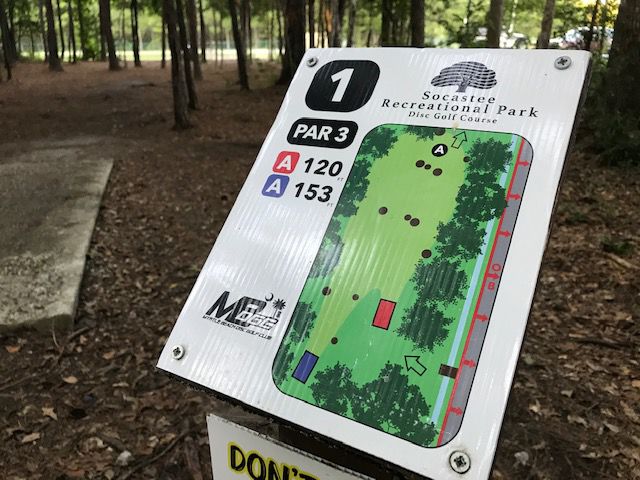 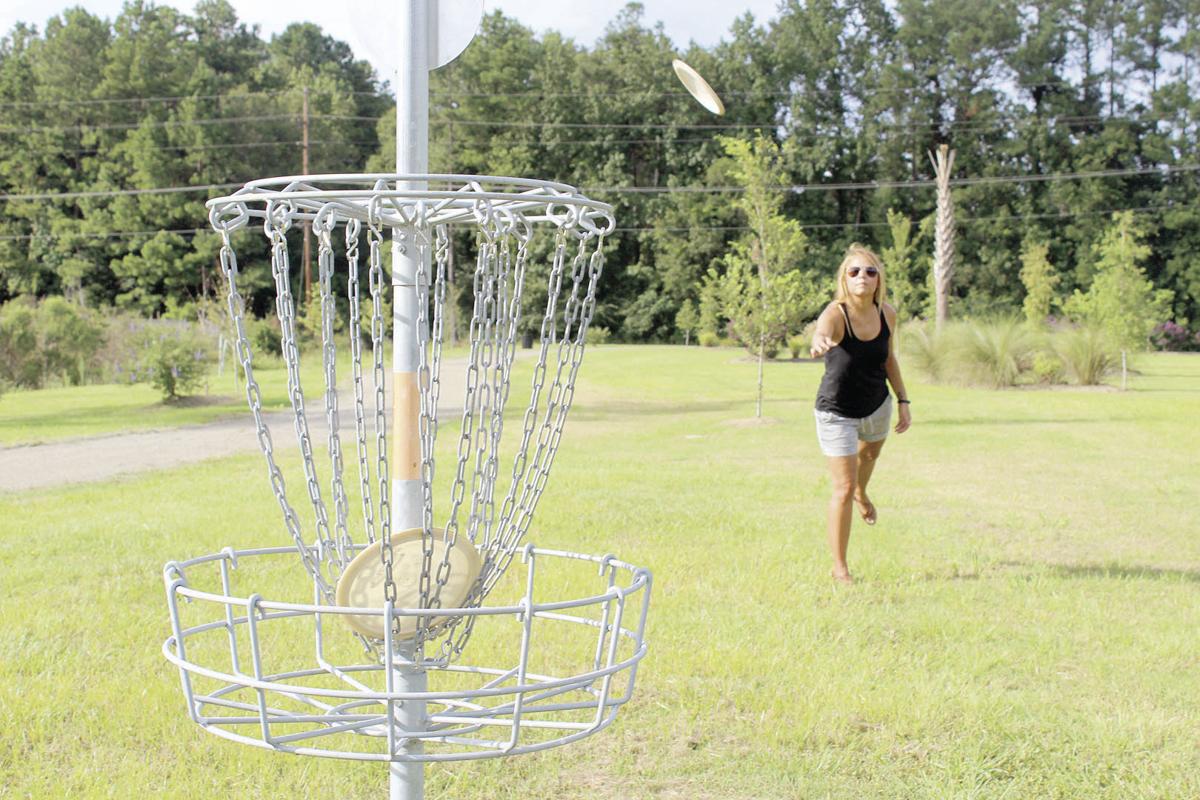 Maria Jensen of Conway makes a great throw playing the new disc golf course at the addition to Sherwood Forest Park on Sherwood Drive, at the site of the old Conway swimming pool. Jensen and several others tried out the new game during a grand opening of the park Thursday afternoon. See more pictures on P. B1.

Maria Jensen of Conway makes a great throw playing the new disc golf course at the addition to Sherwood Forest Park on Sherwood Drive, at the site of the old Conway swimming pool. Jensen and several others tried out the new game during a grand opening of the park Thursday afternoon. See more pictures on P. B1.

The 25-acre site, which is located at the intersection of Farrow Parkway and South Kings Highway, sits on county-owned land in the city limits. Both sides are discussing an agreement that would split the cost of the project, which would be called the Splinter City Disc Golf Course.

“It sounds like a pretty good little project,” councilman Al Allen said.  “This is a fun one.”

Under the proposed agreement, the city would pay for designing the course, the cost of the disc golf targets and the permitting and installation of the course sign. The county would cover the course construction and maintenance.

The cost of the course will be about $15,500 for the city and about $12,800 for the county, said Paul McCulloch, director of the Horry County Parks and Recreation Department. The county will also take on the additional cost of trash disposal and landscaping.

Disc golf is a sport played by tossing a disc from the tee area toward a basket, which is similar to a golf hole. The goal of the player is to place the disc in the basket with the fewest throws.

Like the county’s 18-hole course in Socastee, the Myrtle Beach course would be free to use. County officials said the Socastee course has a strong club presence and has consistent demand.

The proposed Myrtle Beach course would have 36 tee boxes and 18 baskets.

“It’s gotten to be a very popular course throughout South Carolina,” McCulloch said.

The name “Splinter City” comes from an old camp site that was once on the property, McCulloch said. At one time, local Scout troops camped there. There was also an old elementary school in that area.

“A lot of history there,” McCulloch said.

CORRECTION: An earlier version of this story incorrectly stated the number of holes on the proposed course.