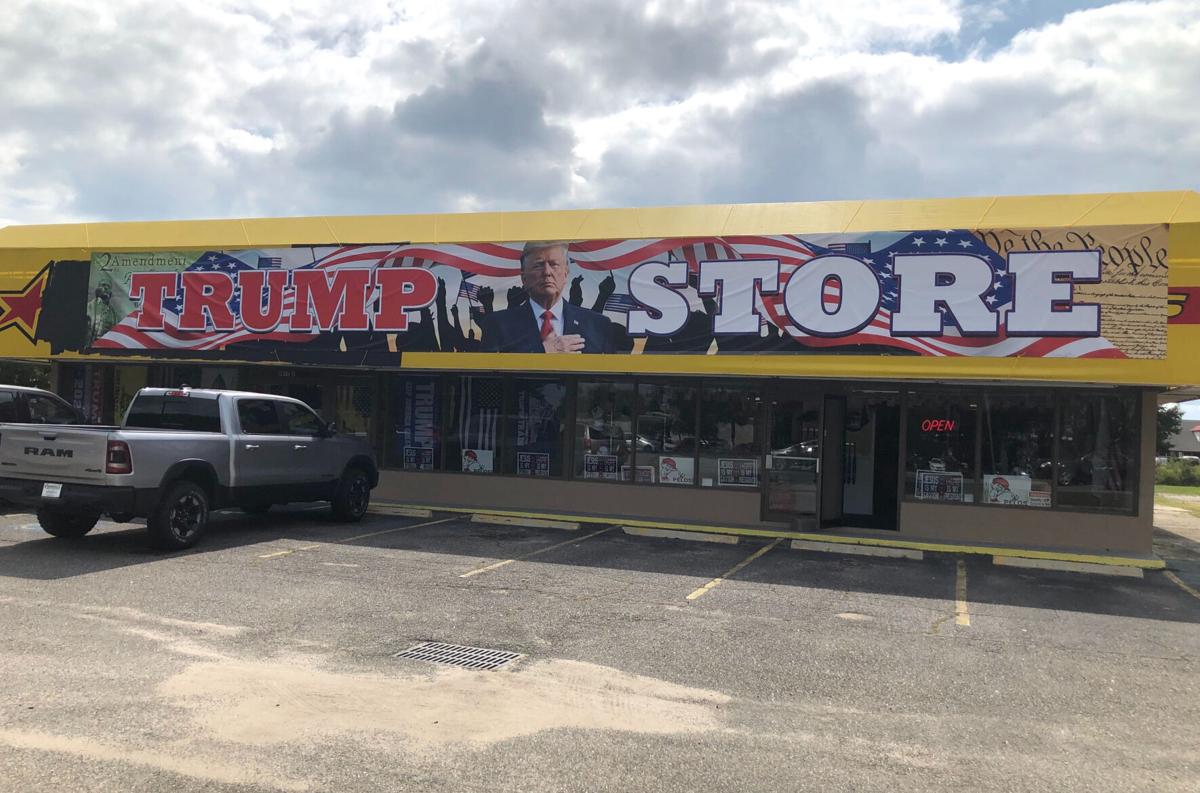 The Trump Store opened in the Myrtle Beach area on Sunday. Photo by Christian Boschult 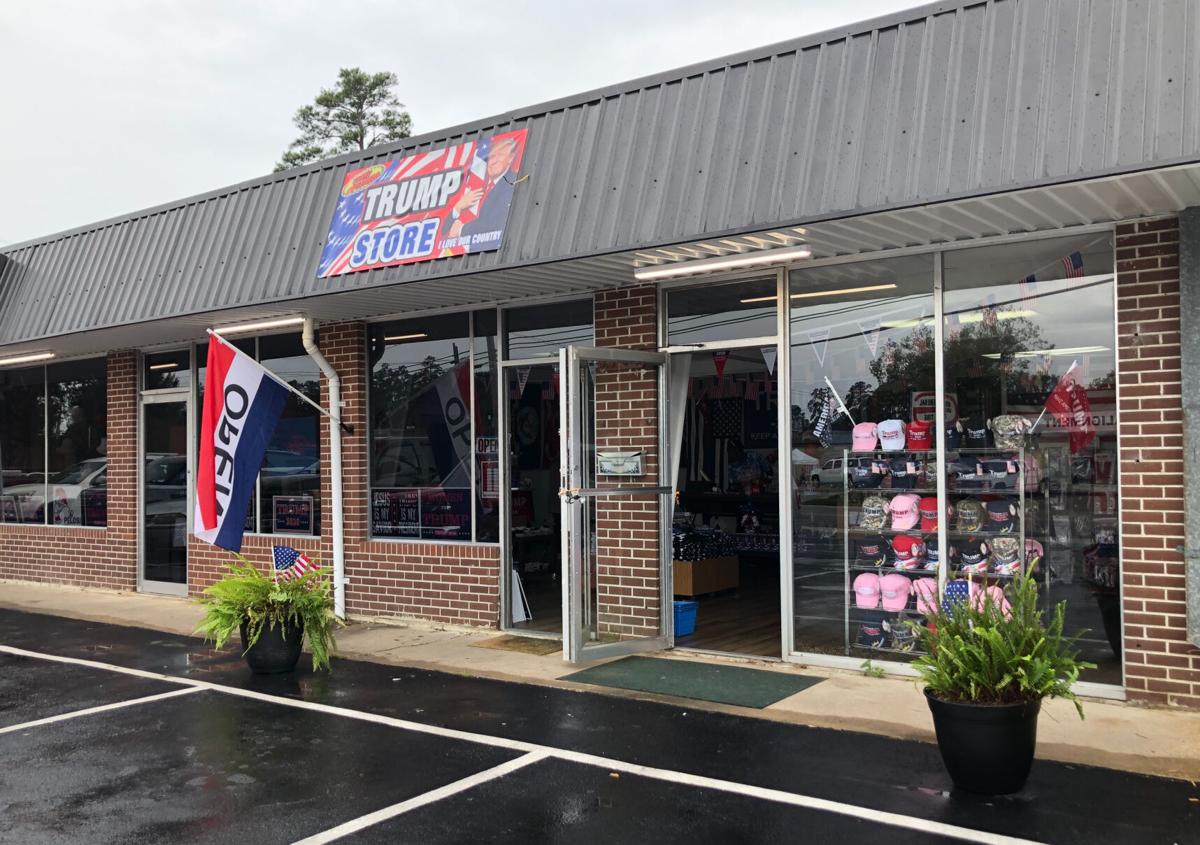 The Trump Store opened in Conway on Sept. 18. Photo by Christian Boschult The Trump Store opened in the Myrtle Beach area on Sunday. Photo by Christian Boschult

This story has been updated to clarify the jurisdiction of the land where the Myrtle Beach Trump Store is located.

When the carnival closes, the Trump Stores open.

On Sept. 18, Marion County resident and carnival owner Katie Wilson opened up the Trump Store on Conway’s Main Street next to Donzelle’s Restaurant.

On Sunday, she opened up her other location in the Myrtle Beach area at 2115 Highway 501 in the building that used to house North American Title Loans.

Wilson, a supporter of President Donald Trump, owns B&K Carnivals. But when COVID-19 put an end to large crowds, she had to figure out something else to do in the meantime.

“A bunch of my other carnival friends, this is what we came up with to make do while we’re not able to work,” Wilson said, adding that other carnival operators she works with are opening up stores in Pigeon Forge, Tennessee and Panama City, Florida.

The store features Trump flags, face masks, snow globes, golf balls, posters, signs, and socks, to name a few, sourced from multiple suppliers around the Southeast. Flags and masks have been the best sellers, Wilson said.

“The main thing is flags,” she said. “A lot of people buy the flags.”

Sales have been decent at the Conway store, Wilson said, but she expects more customers once word gets out.

“I’m hoping that it picks up quite a bit when it starts catching on, because it’s so new and unique,” Wilson said. “But it’ll probably be another week before I expect a lot more traffic through there.”

Conway resident Carol Dotson, who left Philadelphia seven years ago for the warmer weather and lower taxes, paid a visit to the Conway store on Friday.

“I love it,” she said, complimenting the store’s selection, including a Women for Trump sign. “We like Trump, and somebody put it on Facebook that there was a Trump store.”

Wilson plans to stay open until a few days after the election. If Trump defeats Democrat Joe Biden, she said she might stay open the rest of November as well.

Dotson said she would come back after the election if she could.

All of this junk is made in China just like his garbage suits and his obnoxious daughter's trashy jewelry. I can't wait til this orange Monkey loses the election to a real President and he finally ends up where he should be,in jail!

I am definitely going to this store.

Just what we need. More absolutely useless junk stores cluttering up the area. Both Trump and the Store are useless junk.

Yeah...my family are new Trump voters because the only junk I ever see is coming from the left.

Lol ok you like Trump is that an oxymoron statement? Like make America great again. Real simple. What's in your store you sell that's made in America?