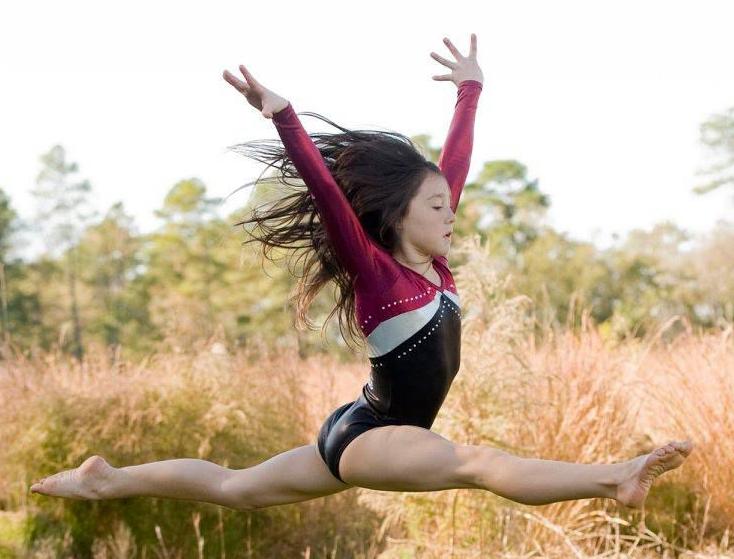 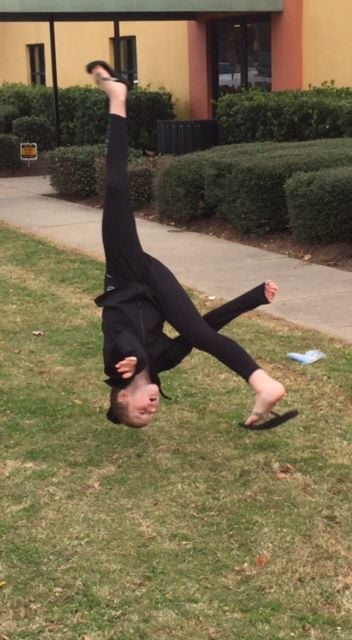 Hanna Saylor spends a lot of time on her head.

"We’ll be sitting at the dinner table and she’ll stand up and do a hand stand," says her mother, Julie Saylor. "I say, 'Sit still and eat your dinner,' but she’s upside down."

The 9-year-old fourth grader is one of two Carolina Forest gymnasts who will compete regionally on the South Carolina team in Tennessee this month.

Kennedi Lowe, a 10-year-old fourth grader, says she "just likes to flip," and that her coaches make her want to "go harder and persevere more."

Both girls had the highest all-around scores in their levels in the state competition. Lowe competed at the gold level in Easley, and Saylor at the bronze level in Greenville. Both girls flipped and sprang and tumbled their ways to first place on bars, beam, floor and vault exercises.

Ashleyanne Murray coaches both girls at Thomas Gymnastics at the Beach. Lowe practices every weekday for 3 ½ hours and Saylor practices three days a week for 3 hours each day.

"They get so much more from gymnastics than just the gymnastics, especially from the competitive side," Murray says. "They learn team building and how to work with others, and even if they just do it for a couple years, they learn strength building and that helps them in other sports."

Lowe is the daughter of Kristen and George Lowe and she has one younger brother. Her mother works at Carver Law Firm and her father at US Food Service.

Saylor is the daughter of Julie and Scott Saylor and has an older brother and sister. Her mother is a substitute nurse and her father owns Coastal Healthcare Resources in Florence.

For these fourth graders, gymnastics is the only sport they’re passionate about.

"She’s done other sports for a season and her friends are all in soccer, but she has zero interest there," Julie Saylor says about her daughter.

Lowe doesn’t have time for other sports.

"Some nights classes aren’t over until 9 and she’s been in school since 7 that morning,” Kristen Lowe says.

Saylor says the most fun about gymnastics is "having the best coaches in the world and learning new skills."

She’s not nervous about being on the state team, she’s actually quite excited.

"I'm super excited," she says. "This is my first year competing and I never expected any of this to happen."

She says she’s treating this regional meet as she treats all the other meets.

Lowe, who’s been a gymnast for four years, says her favorite event is the floor routine.

"It's your own routine," she says. "You get to show your personality and I love doing it.”

The mental skills are hard and gymnastics requires physical strength, she adds, but she doesn’t worry about it.