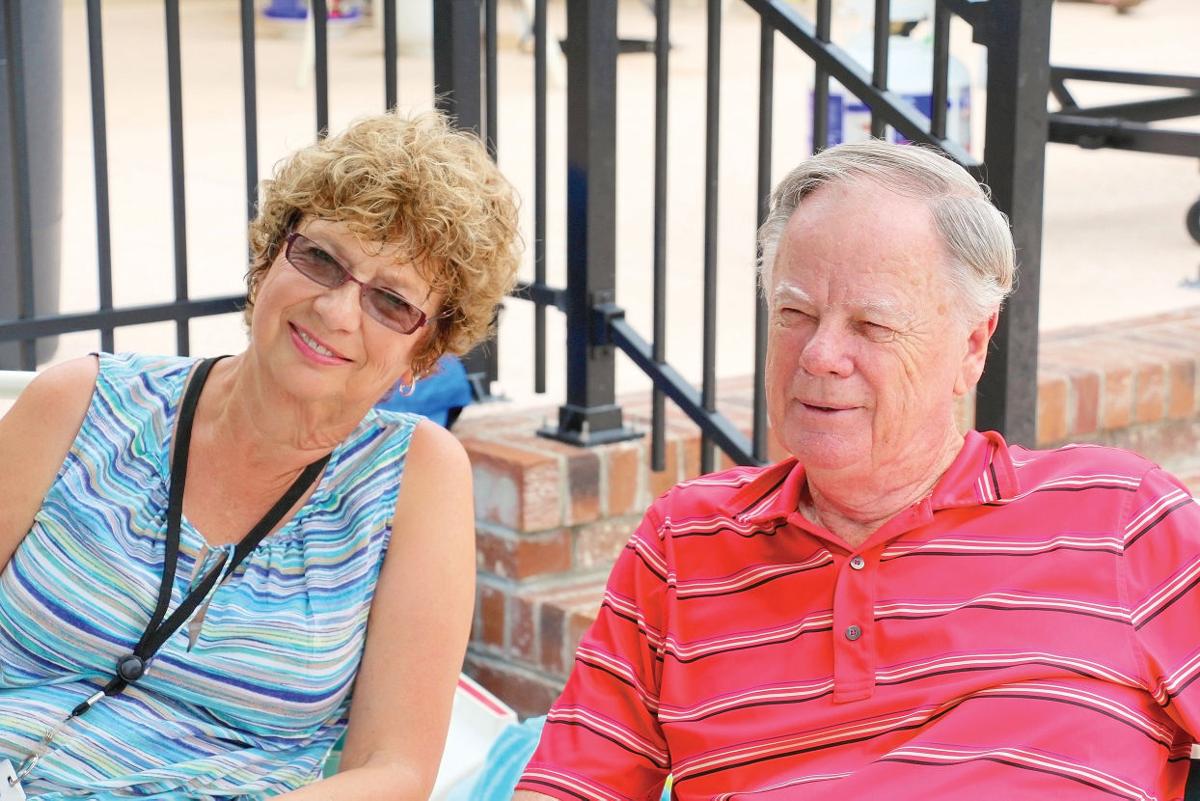 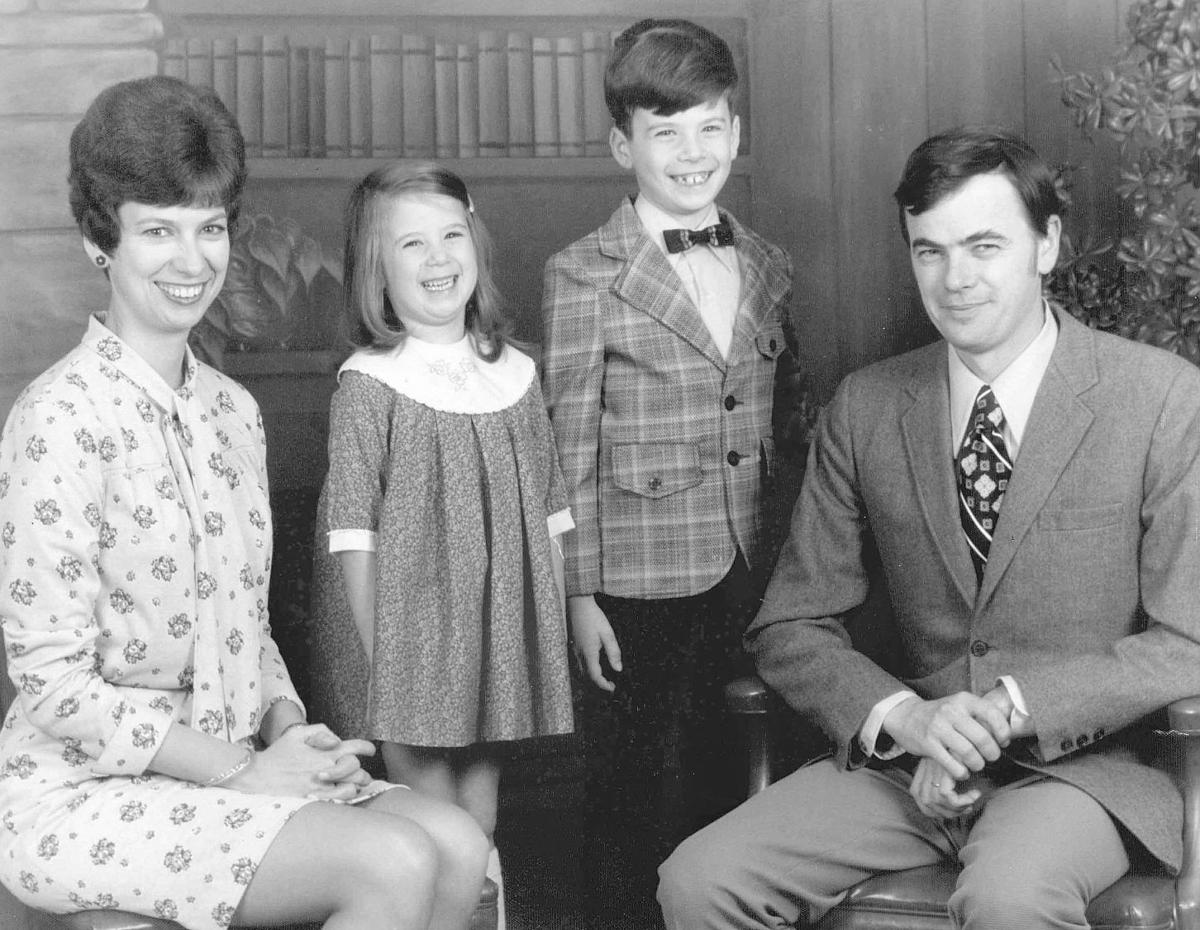 The Lamorees pose with daughter Michelle (second left) and son Jeff (second right) in the early years of their marriage. 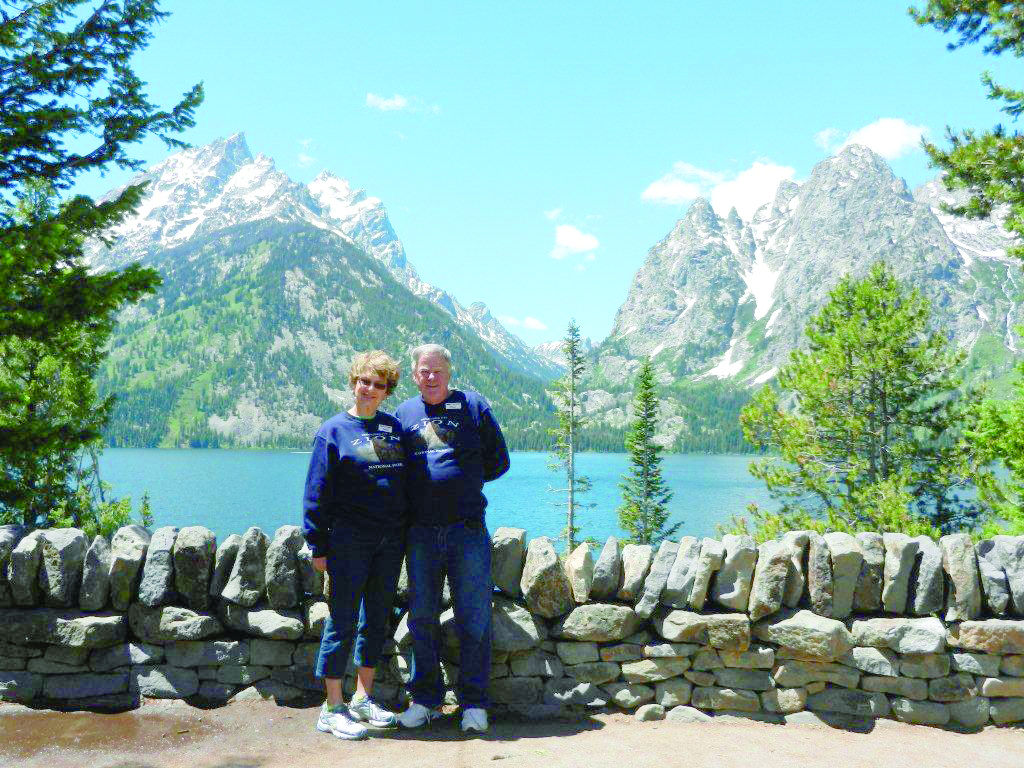 The Lamorees pose with daughter Michelle (second left) and son Jeff (second right) in the early years of their marriage.

The Berkshire Forest couple toured the country’s national parks to commemorate being married half a century, and reflected on those five decades.

“I came from an Italian Catholic family, and you got married once,” Mary Lamoree said.

The couple never grappled with divorce personally, but she said even if they had not been happy together, divorce would never have been an option. “Marriage was a forever commitment,” she said.

The couple met working at M&T Bank in New York, where John Lamoree stayed on for 44 years, retiring as a commercial lender.

Mary Lamoree left the bank and went to work for the Social Security Department, and eventually retired from the Department of Veterans Affairs.

They met March 4, 1963 – her birthday – got engaged in December, and married the following June.

His enlistment into the Air Force and the couple traveling all over the world in the military probably strengthened their marriage, they think.

“We thought being in the Air Force was a bad thing, but we were away from our families and had to learn to rely on each other,” Mary Lamoree said.

When their children were born, first their son Jeff in California, and then their daughter Michele in Italy, there were no nearby relatives to help them adjust.

“We’ve been lucky in our lives,” John Lamoree said. “We always seemed to be in the right place at the right time. When different things happen in life, you just need to be careful how you react to them.”

Today’s society, he said, is unlike the one the couple was married into. “I call them ‘tear-up marriages’ today because the day you get married, everyone is smiling and happy, and two years later, the couple separates,” he said.

“The younger generation wants everything right now,” his wife added. “They have to have the best house, the best car, the best this and the best that right away, and it doesn’t work that way.”

The Lamorees, who have three grandchildren, stay busy with a myriad of activities.

Besides being involved with St. Andrew Catholic Church in Myrtle Beach, John Lamoree, who likes to “tinker in the yard,” is a SCORE volunteer, and is the chairman of the education and training committee with the Conway Chamber of Commerce.

Mary Lamoree is a Berkshire Babe, is chairperson of the Berkshire book club, and is involved with the Newcomers of the Grand Strand.

The couple put their involvements on hold for 16 days this summer and took what John Lamoree called a “high end-upscale bus tour” of the country’s national parks with Insight Vacations.

They were among six Americans in the group of 40, with the others from places including Australia, New Zealand and England.

Mary Lamoree said if the couple had attempted the trip on their own instead of going with the $10,500 tour, they “wouldn’t have learned as much or seen as much as we did.”

Her husband added that it was worth every cent, and they would recommend a similar trip to anyone with an interest in seeing the country in a new perspective.

Never having taken a bus tour before, the Lamorees said this particular tour was especially comfortable because of the ample leg room on the bus.

“It was truly wonderful,” John Lamoree said. “The tour director and the people we met added so much.”

The tour through Yellowstone National Park was a day in itself, taking eight hours.

John Lamoree was amazed to learn the park is 54 miles long and 64 miles wide. “It’s bigger than some states,” he said.

The side trips along the way provided some of the highlights of the trip, the couple said.

Crazy Horse Indian Monument in Custer County, S. Dakota was one of those high points, John Lamoree said, explaining that it was started in 1912 and is only 25 percent finished.

The tour included a quick overnight stop in Las Vegas, a visit to the Mormon Tabernacle Church in Salt Lake City, and a stop at the Buffalo Bill Cody Museum on Wyoming.

The couple went on a buffalo safari, visited Mt. Rushmore which John Lamoree said was the “ultimate highlight,” and enjoyed what his wife called the “cowboy-esque” flavor of the west.

“Living in the northeast, we never saw anything like this,” she said.

Although the couple lived in Germany, Austria, Switzerland and Italy while John Lamoree served in the Air Force, they both said this was “the trip of a lifetime.

“To see America like this was great because there are so many great things to see in this country of ours. And with someone else doing all the driving, there was no stress.”

Now the Lamorees are anticipating the second lap of their 50th wedding anniversary celebration – a trip to England next year.

“I’ve always wanted to go there, and that’s my half of the trip,” Mary Lamoree said.