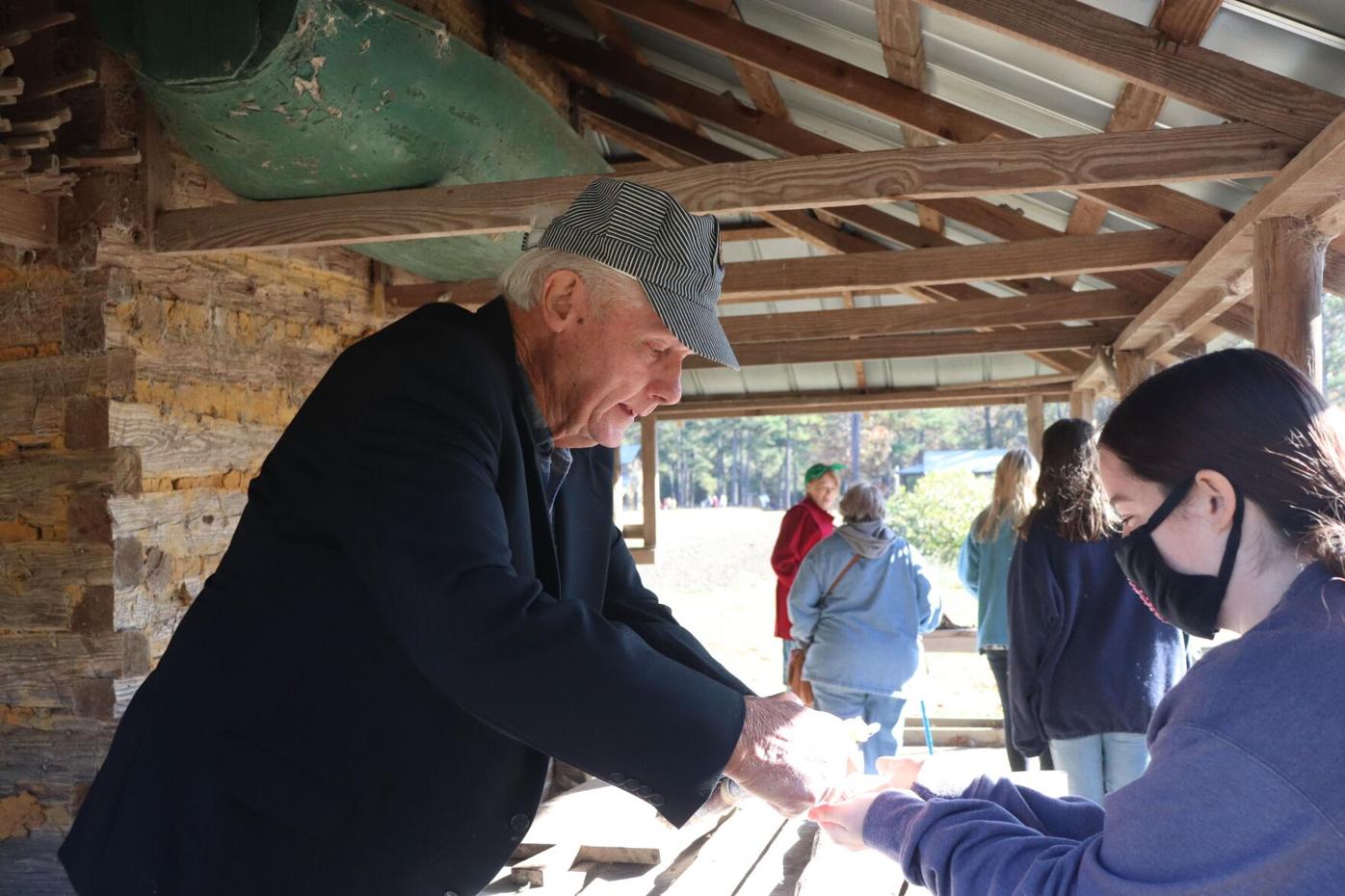 Larry Woodle hands a piece of cut sugar cane to visitors at the L.W. Paul Living History Farm Saturday morning. The farm was celebrating syrup day and was showcasing the process of how syrup is made. Photo by Ian Livingston Brooking. 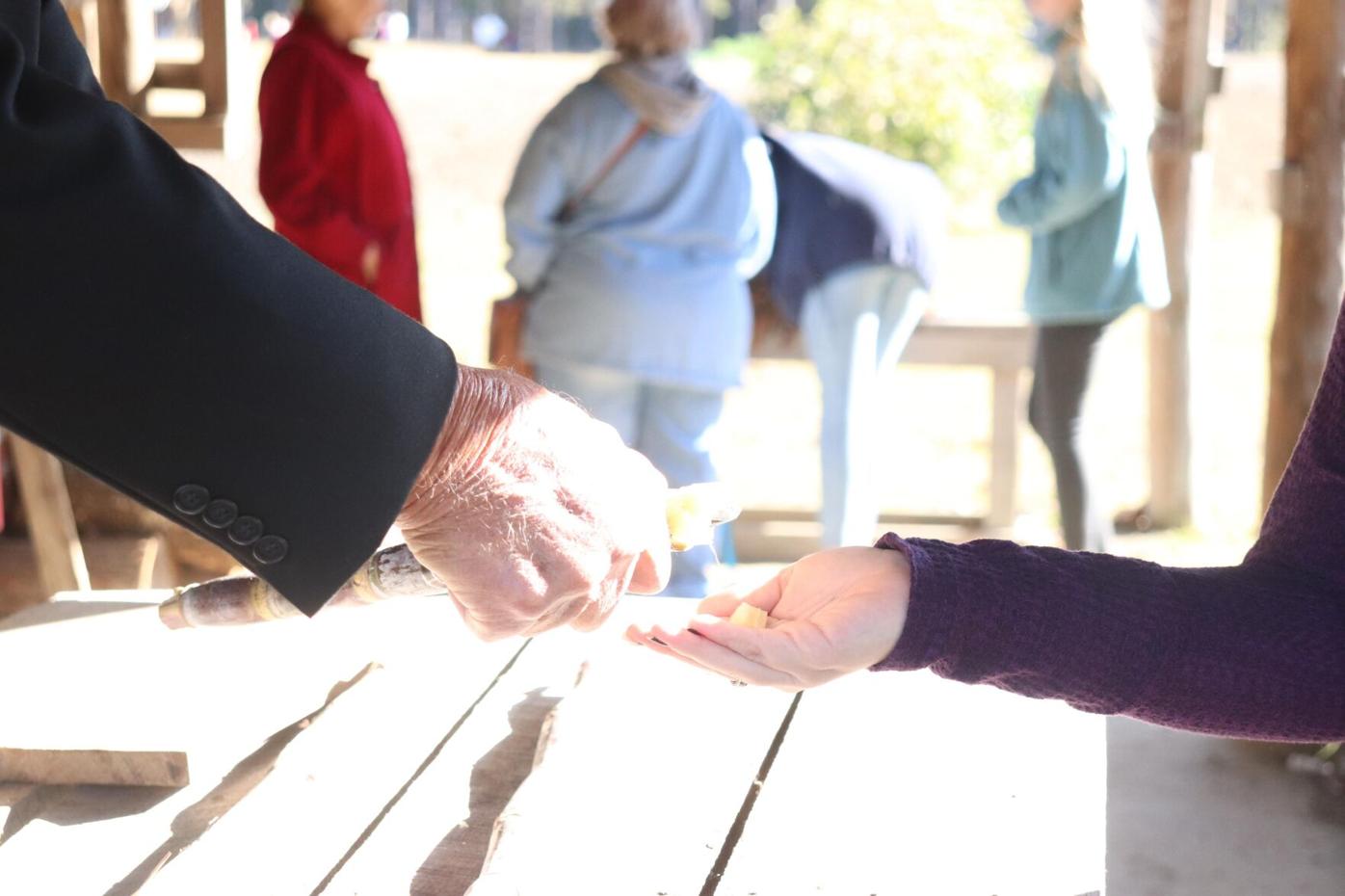 The L.W. Paul Living History Farm in Conway was celebrating Syrup Day Saturday, showcasing how syrup is made from sugar cane all the way to the bottle. Photo by Ian Livingston Brooking. 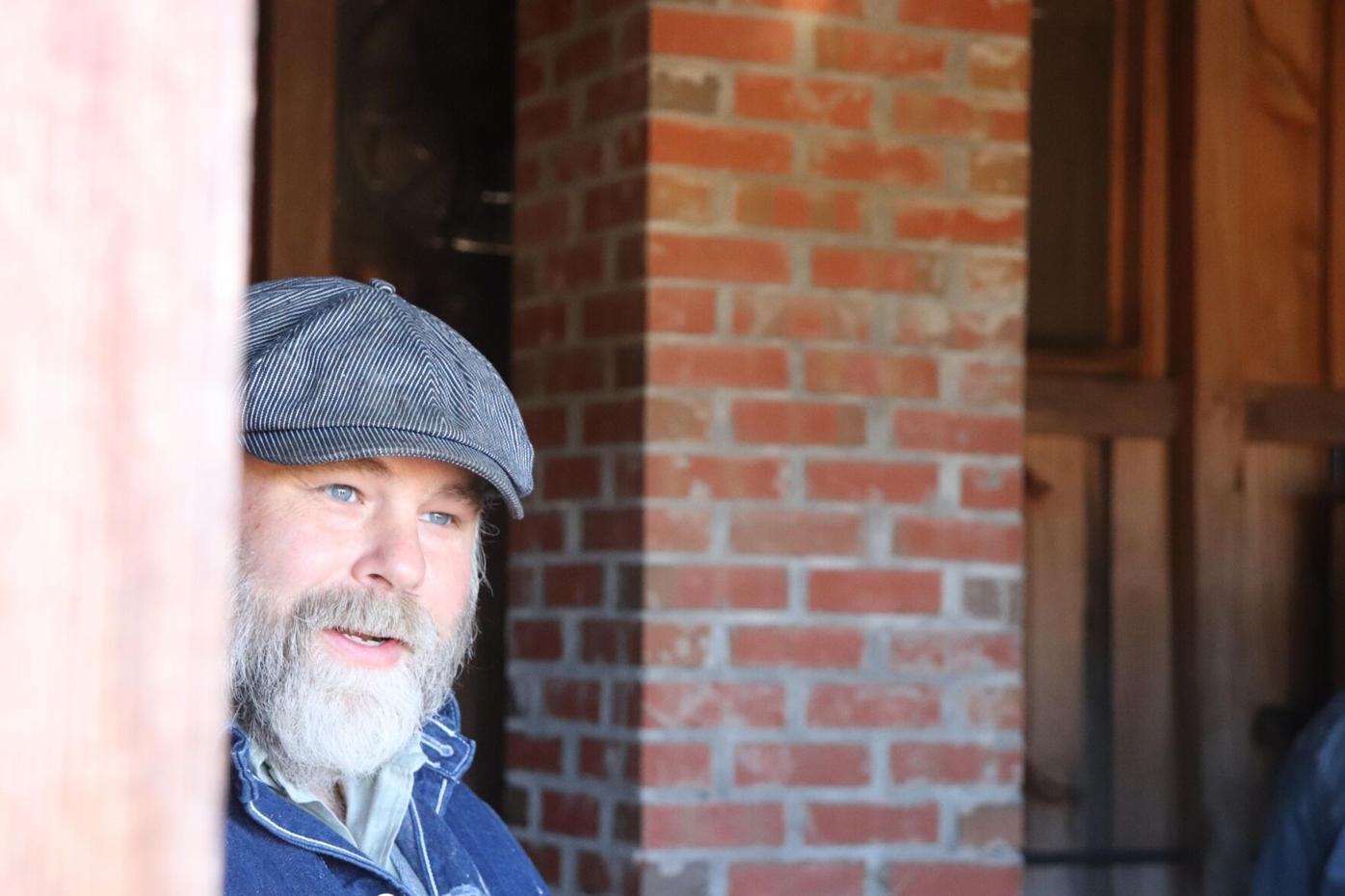 Walter Hill of the L.W. Paul Living History Farm in Conway talks with visitors during Syrup Day at the farm. Photo by Ian Livingston Brooking. 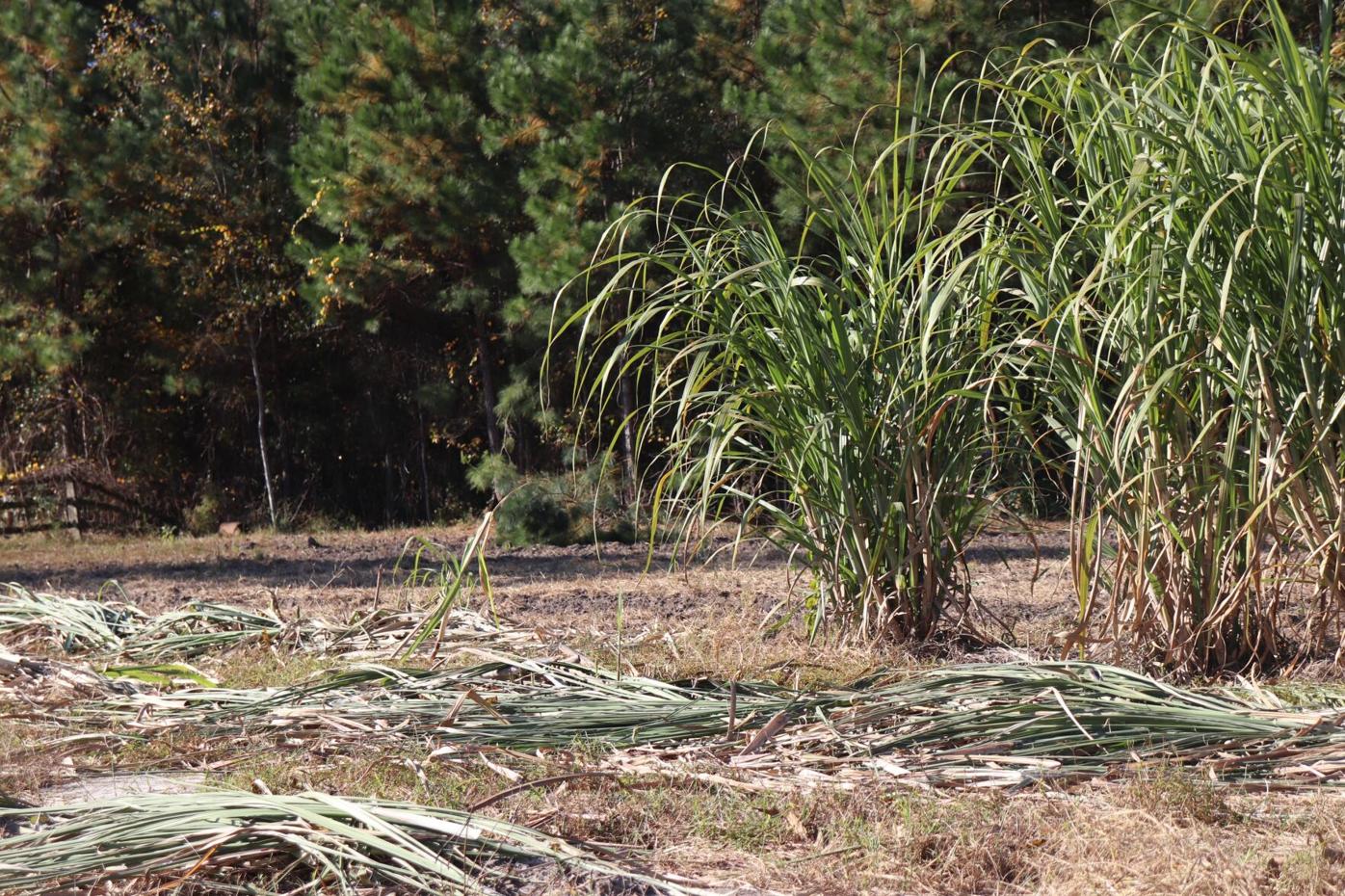 The L.W. Paul Living History Farm in Conway was celebrating Syrup Day Saturday, showcasing how syrup is made from sugar cane all the way to the bottle. Photo by Ian Livingston Brooking.

On a brisk November morning in Conway, visitors at the L.W. Paul Living History Farm learned how to make syrup the old-fashioned way.

“This is the time of year where sugar cane has come into its maturity,” he said. “We had our first killing frost, so it’s about to go dormant soon. So this is the time to cut it, strip it, cook it.”

As he looked over the barren field at the farm off U.S. 701 North, Hill said the cane syrup-making traditionally happened here at a time when farm families could relax.

“When you look around, there’s not much left out there,” Hill said. “The tobacco is in, the corn is in. We have our winter garden crop established. So the farm family, not for commercial ventures, grow cane to sell but for personal use.”

The syrup-making starts with taking stalks of sugar cane and placing them in between two rollers that are attached to a mule. The mule then walks around the field in a circle and the sugar cane is essentially peeled apart and the juices from the sugar can flow down into a bucket. That juice is then put into a massive kettle boiled down.

Hill said boiling the juices can take anywhere from six to eight hours. While not everyone had a cane mill back in the day, Hill said farmers would gather their crops and utilize the cooking time as a community event.

“Horry County has a very unique and special demographic,” Hill said. “We have this really interesting community makeup of families that have been here prior to the Civil War and here prior to the [American] Revolution. We also have a makeup of families that have also been here for a few years because we are a retirement community, we are a growing community. It’s extremely important to us as a museum and cultural institution to help the people who are here preserve what their past is about and share our past with the newcomers here.”

Larry Woodle is a mixture of a local and a newcomer. Woodle grew up in Conway, but when he left the area in 1960 to go to college, he said he would never work on a farm again. Over six decades later, he was standing outside a tobacco barn on the L.W. Paul Living History Farm cutting raw sugar cane with a knife.

While Woodle spent much of his youth out in the field, making no more than $6 a day, he said he’s still learning about the history of sugar cane.

“I knew that this was about as far north that you could grow sugar cane,” Woodle said. “I had to study up though.”

Visitors to the L.W. Paul Living History Farm Saturday also got to sample raw sugar cane cut straight from Woodle’s knife. Some nibbled at their piece while others, including Woodle, popped the whole thing in their mouth and munched away. Woodle described the taste of sugar cane as sugar water while others said it tasted almost, but not quite, like a granny smith apple.

While the L.W. Paul Living History Farm was established in 2009, the property predates the Civil War. As visitors wandered throughout the farm Saturday, Hill was pleased seeing families bring their children and grandchildren to the farm, showing them what they once were a part of and how things were done back in their day.

“We love that,” Hill said. “That is our success story when we see multiple generations come out. We see parents come out, or grandparents come out, and say ‘I wanted my grandchildren to come and see that this is something we did when we were children. We quit doing it in the 60s or in the 40s but now you’re doing something that I’ve told them about and now they can experience it, too.’”