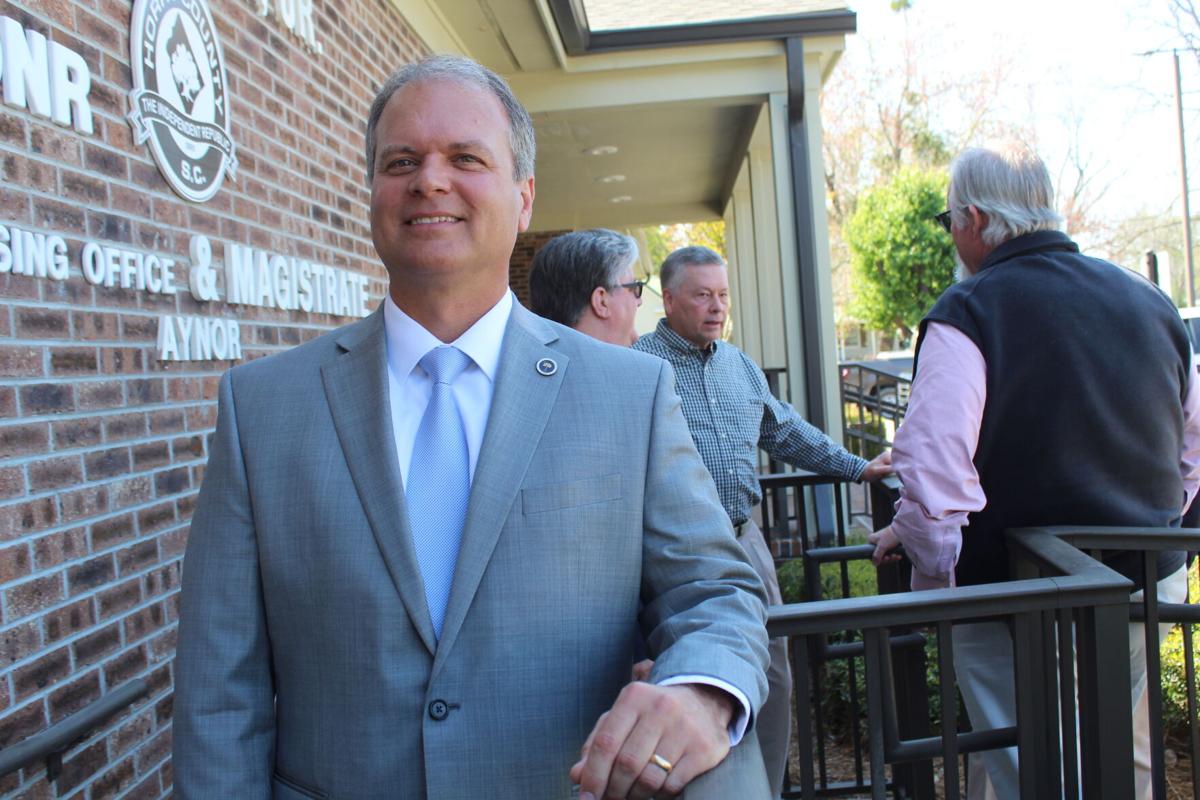 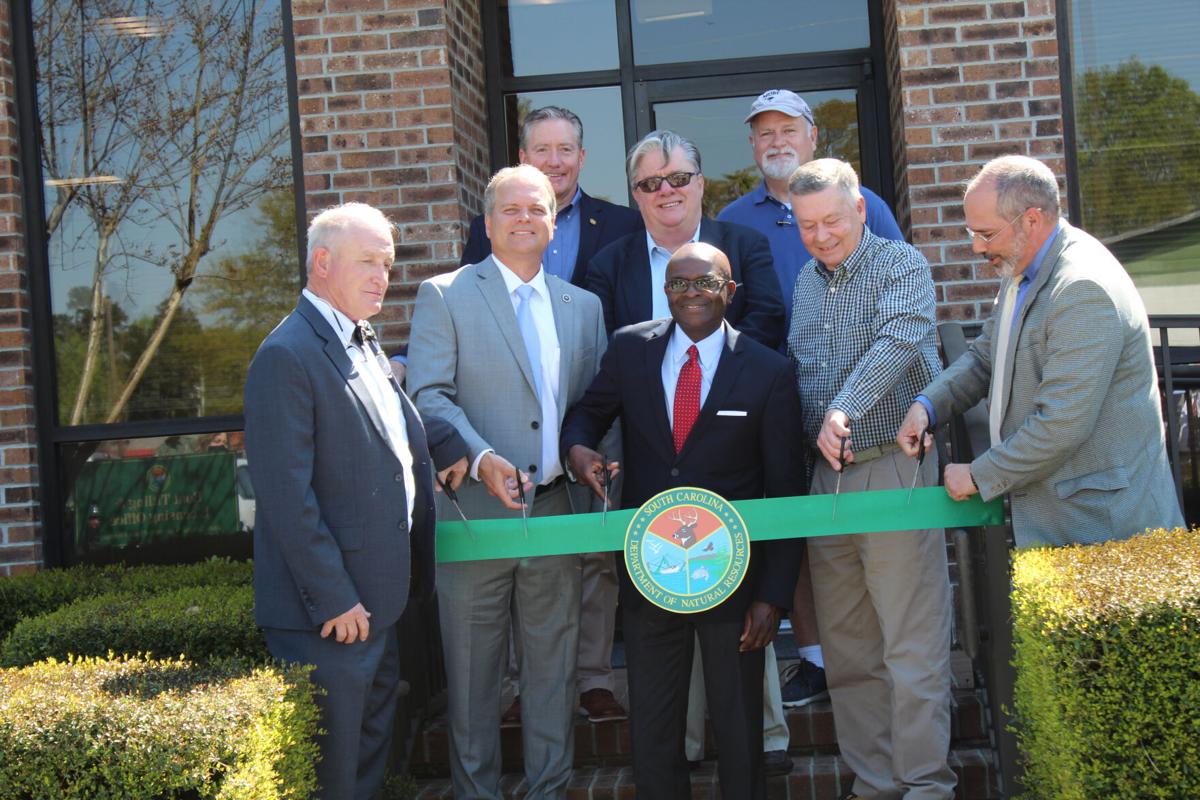 Yes, Hembree told him. By noon they had cut a ribbon, the employees had taken their seats inside and were already handling business.

“I work up here (in Marion) and just recently bought a boat and I want to get stickers for it and I’ve been waiting for this place to open up,” Hardy said.

He opined that he didn’t expect to be the only person who was going to like the location of the new office.

After speaking with Hembree he wasted no time returning to his vehicle, grabbing his needed paperwork and heading into the building.

But Hardy wasn’t the first customer in the new office.

Conwayite Jerry Gardner had already been inside trying to avoid a trip to Columbia to work out his boating problem.

Although they couldn’t solve his complicated problem, he was encouraged just to be sure exactly what he needed to do and where he needed to go to handle it.

He was also happy that they were able to print him out some turkey tags on the spot.

He called the staff informative and courteous.

About 35 state and local leaders gathered outside of the office to cut a ribbon and celebrate the opening of the office at 640 Ninth Ave., Aynor, in the town’s old fire station. Horry County Councilman Al Allen said the fire department moved to a much larger and nicer station in Jordanville, leaving most of its former station vacant.

At least part of what made S.C. Rep. Jeff Johnson select the building for the new DNR office was the bays for the fire trucks that now house DNR boats.

Part of the building was transformed into offices, a break room and an area with four windows for employees to greet customers. There are four clerks and a supervisor in the office now on Monday, Tuesday, Thursday and Friday from 8:30 a.m.-5 p.m. and 9:30 a.m.-5 p.m. on Wednesdays when the ladies will use the first hour of the morning for training.

The new boat titling and license sales office represents an investment by the state of about $1.5 million over five years, according to numbers provided by Johnson. That breaks down into $85,200 for start-up costs; $88,712 for annual building operating costs that include such things as travel, phones, postage and other office expenses; and $208,789 for salaries and fringe benefits per year to staff the building.

Johnson is the person that everyone pointed to as being the visionary behind the office. He had hoped about a year ago to open the office in Conway, but when that fell through he began to think that Aynor would be a more convenient location for more boaters and hunters.

He called Al Allen asking him if he knew of a good spot for the new office. He immediately returned his call recommending the county-owned former fire station.

“I got some phone calls from constituents and those constituents…said, ‘I’m having to drive all the way to Charleston or Columbia to get a title for my boat or my motor,’” Johnson recalled. “I said, ‘Well, let’s work on making something happen here in Horry County.’”

Johnson and others who spoke Monday morning said the office isn’t just for Horryites. They expect outdoorsmen to also come from Georgetown and Marion counties.

He and others also said they expect the office to boost Aynor’s economy.

“It couldn’t be in a better place,” Johnson said. “I think it’s going to be positive for Aynor. I think it’ll be positive for the economy here in Aynor with all these people who’ll be coming from, not only Horry County, but the neighboring counties, coming here whenever they want to get something processed…It’ll be a great, great asset for the people of Horry County.”

He said since the COVID pandemic began, 8 million to 10 million people have started boating and angling, and more than 90 percent of them say they plan to continue.

The state is regularly ranked in the Top Ten in the nation per capita for boat registration, and information provided by DNR says those numbers are continuing to grow each year.

The Alliance’s website says there are 500,000 boats registered and 725,000 fishing licenses in the state.

In regard to the five-year lease agreement for the Aynor office, Boyles said, “This really typifies the great work and the partnership that it takes to empower people to live their best life outdoors…We are excited to be here.”

“Oh, I’m excited about it,” he said of the new office. “This is wonderful.”

He also pointed out that it will be good for more than just Horry County.

DNR information also says most recreational hunting and fishing licenses, tags and permits can be purchased 24/7 online at https:www.dnr.sc.gov/legallicense.html or by calling 1-866-714-3611.

Licenses and permits can also be purchased at one of more than 500 license vendors located across the state, including big box retailers and locally-owned sporting goods, hardware or bait-and-tackle shops, according to DNR.