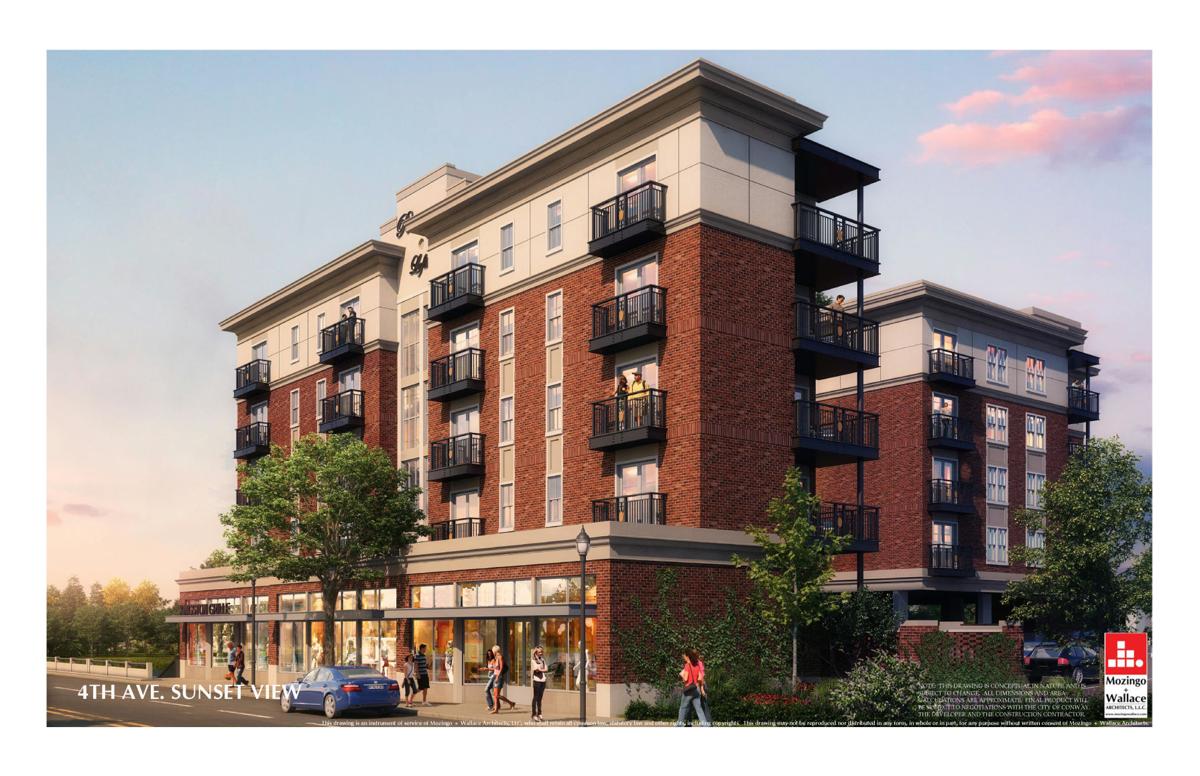 This is an architect's preliminary plan showing a developer's vision of a new building that she is partnering with the City of Conway to put at the corner of Kingston Street and Fourth Avenue. 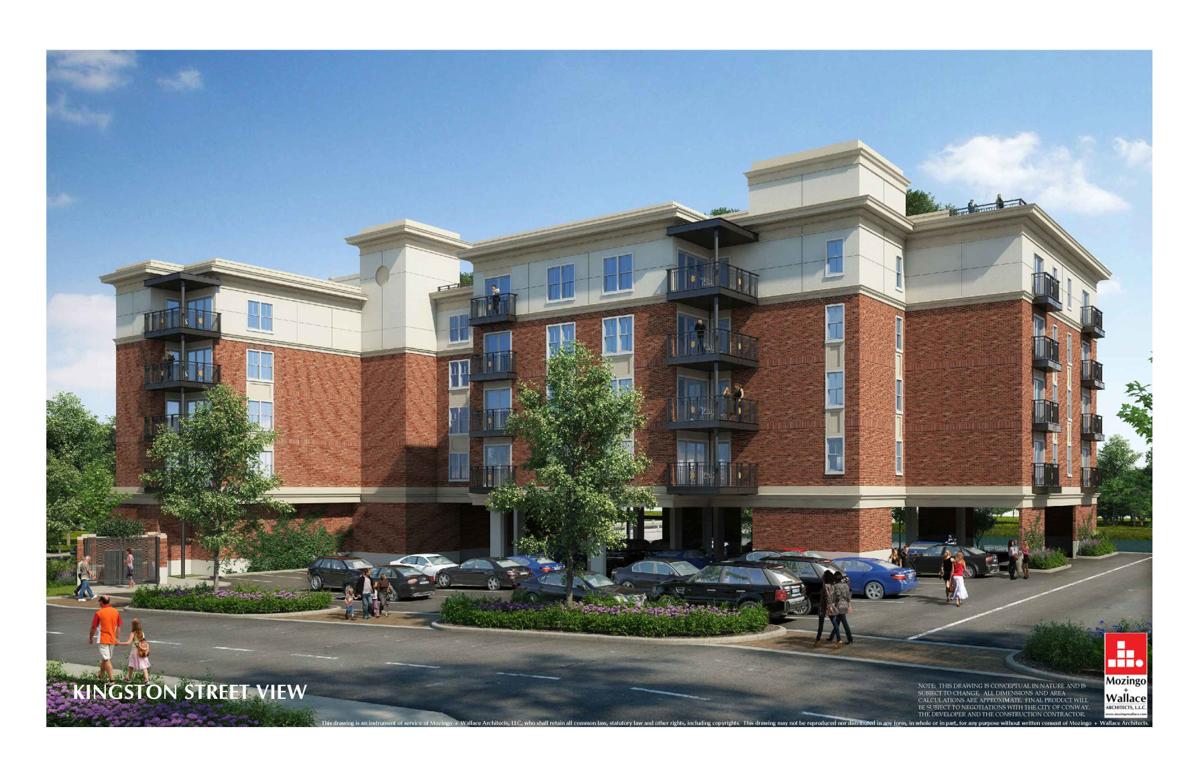 This is the architect's preliminary plan for the building's Kingston Street side. 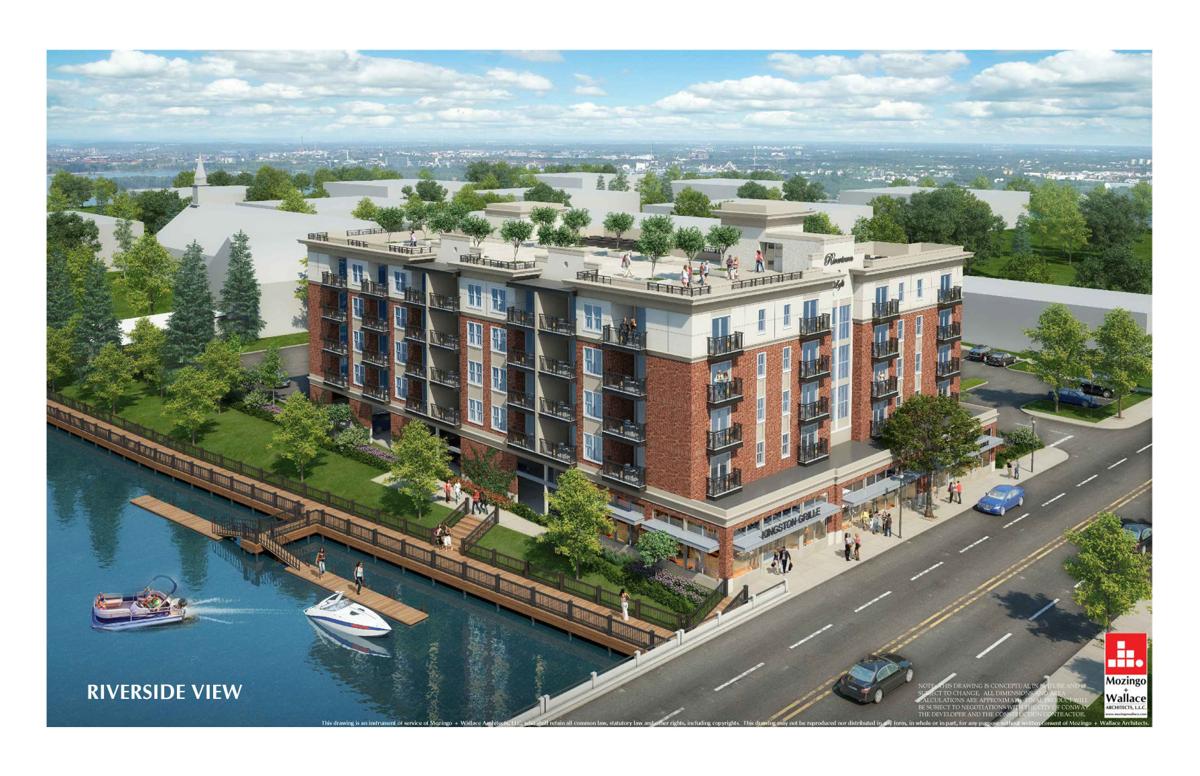 This is the architect's vision for the Kingston Lake side of the building as it will look from the air.

This is an architect's preliminary plan showing a developer's vision of a new building that she is partnering with the City of Conway to put at the corner of Kingston Street and Fourth Avenue.

This is the architect's preliminary plan for the building's Kingston Street side.

This is the architect's vision for the Kingston Lake side of the building as it will look from the air.

Depending on how fast details can be worked out, Conway City Council could see its longtime wish to put more heads on beds in the city’s downtown area become a reality, possibility by sometime in 2022.

At its meeting Monday, council agreed to enter a relationship with Robin Lospinoso with Development Directions LLC to develop a five-story commercial/residential building at the corner of Fourth Avenue and Kingston Street.

After the meeting, Gerry Wallace, whose company Mozingo + Wallace Architects LLC designed the building, said he doesn’t expect it to dwarf other buildings in the area. The buildings that will be in front of it are tall, he said, and Lospinoso pointed out that the lot slated for the new building slants downward toward the lake so the building will not rise high above other properties in the area.

However, the developers will ask for an adjustment to the height zone, according to Wallace.

At this point, the plan is for the building to have some commercial ventures on the first floor, possibly a coffee shop, restaurant or even some businesses that will cater to the residents.

It is still undecided if the residences will be rented or sold.

This decision will depend on how much rent can be charged for the 36 two-bedroom, two-bathroom residences, Lospinoso said, adding that developing the property will be an expensive proposition.

Lospinoso said she is awaiting now the results of a marketing study that will help her decide on renting vs. selling the residences.

Several years ago, the city was onboard with a Myrtle Beach developer to build a residential building on the lot, which overlooks Kingston Lake and is beside the Ocean Fish Market.

Developer Van Watts died before building started on his project.

Since then the city has bought the property from the Burroughs Company and recently asked companies that wanted to work with the city on this project to submit their qualifications.

Lospinoso said after meeting with City Administrator Adam Emrick, she decided to respond to the RFQ.

Her answer for why she wanted to construct the residential building was simple.

Lospinoso said she moved to this area four or five years ago and before that had been involved with multiple developments in New Jersey.

She hopes the building will draw more people downtown because, she said, the more people living downtown, the more support there is for retailers located there.

Wallace says his company expects to build a quality product. When work might begin or people actually start moving in is unknown at this time.

Wallace says depending on a number of things, construction could begin in about a year with the absolute earliest residents might start moving in being two years.

During his presentation of the project, Emrick said, “This is exciting for us. We’ve been working for some time to develop the lot at the corner of Fourth Avenue and Kingston Street.”

He also foresees the main floor as commercial space with the residences above. The plan shows 58 parking spaces, primarily on the Kingston Street and fish market sides

He also pointed to the idea that heads on beds will bring more vitality to the downtown area and said this lot “has been underserving the community for generations.”

I don't believe it would be fitting for the building to be more than three stories in downtown Conway. It would take away the "homey" feel of our beautiful city. Also, couldn't developers come up with an appearance that better fits Conway, rather than going with a style that is overwhelming cities such as Columbia? Residences should be homes and not apartments. Apartments tend to change the atmosphere.