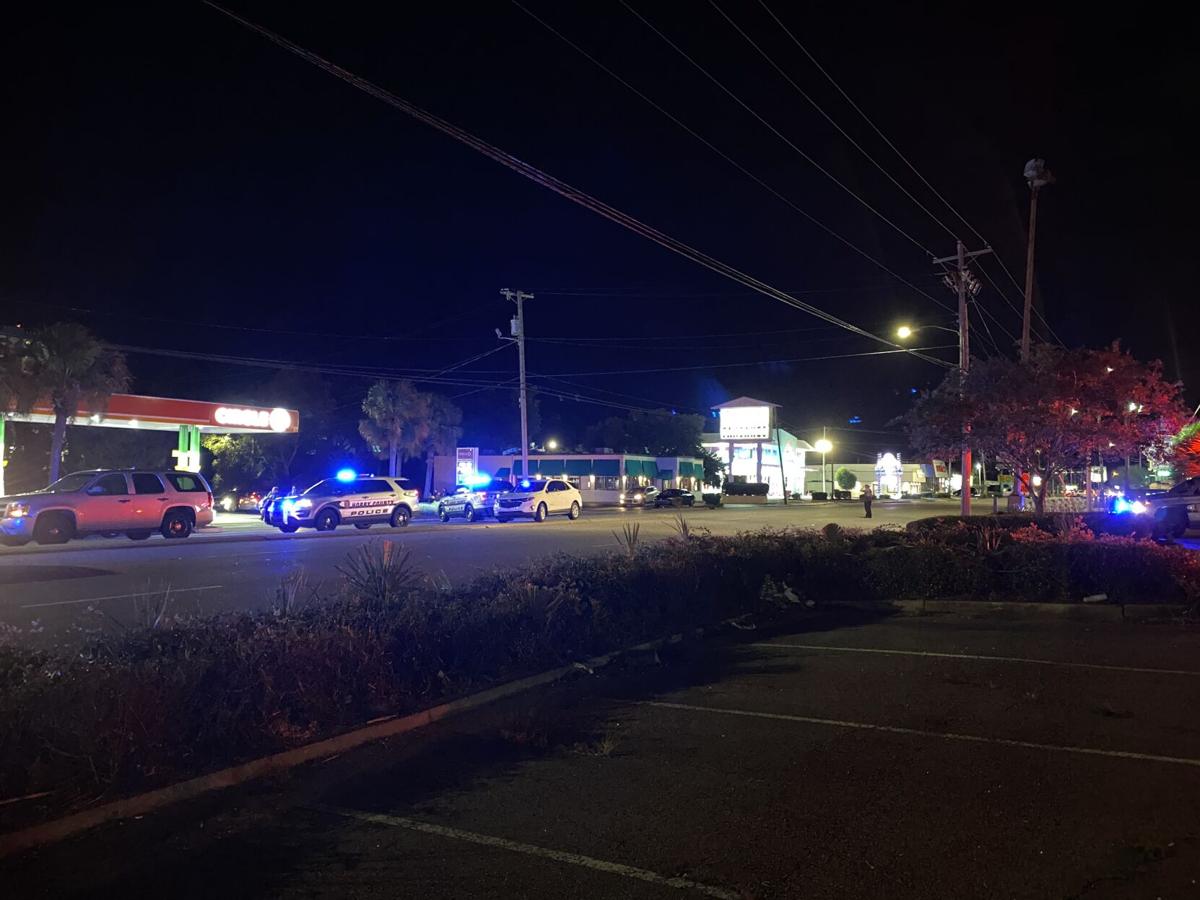 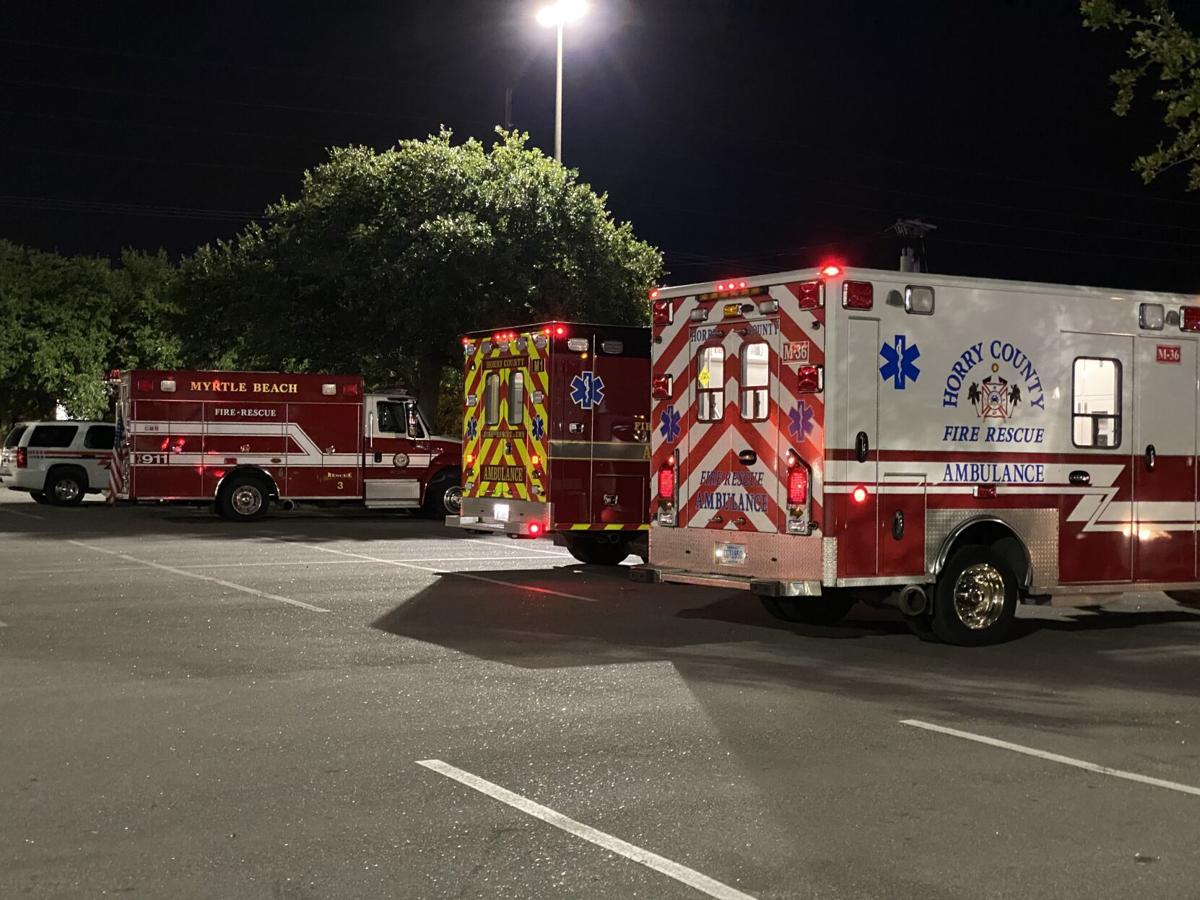 Officer Jacob Hancher was killed while responding to a call in the 400 block of 14th Avenue South around 10 p.m. Saturday.

Officers were responding to a domestic call when confronted by a man who exchanged gunfire with the officers, SLED said. Hancher was killed in the gunfire and another officer was injured and taken to the hospital with non-life threatening injuries.

The suspect also died during the incident, but SLED did not say if the suspect was killed by police.

Myrtle Beach Police Chief Amy Prock said Hancher "was a dedicated public servant who upheld his oath to protect this community and made the ultimate sacrifice. He cared about the people that he served, served with and absolutely loved Myrtle Beach."

Prock said Hancher had been a patrol officer for just under a year. Before that, he spent four years as a community service officer, which is a city employee who assists with police functions such as directing traffic and managing school crossings but is not a sworn officer.

Before Hancher's death, the last Myrtle Beach officer killed in the line of duty was 28-year-old Joseph "Joe" McGarry, who died on Dec. 29, 2002. McGarry had been taking a break with his partner at a Kings Highway donut shop when he thought he spotted a suspicious person in the parking lot. McGarry went outside and was shot and killed.

Grand Strand officers killed in the line of duty

These Grand Strand officers were shot and killed in the line of duty:

• Myrtle Beach officer Joseph "Joe" McGarry, 28, died on Dec. 29, 2002. McGarry had been taking a break with his partner at a Kings Highway donut shop when he thought he spotted a suspicious person in the parking lot. McGarry went outside and was shot.

• Myrtle Beach officer Henry Scarborough, 47, was the city’s first officer killed in the line of duty on March 7, 1949. Scarborough died on his first day on the job. He and a partner were trying to transport a prisoner when Scarborough was shot with a .38-caliber handgun. He was a U.S. Army veteran.

• Horry County Cpl. Dennis Lyden, 44, was killed on June 5, 2000, after making a traffic stop on S.C. 544. He was beaten with a flashlight and murdered with his own weapon. He was a U.S. Marine Corps veteran.

• Randy Gerald, a lieutenant with the Horry County Sheriff’s Office, was killed on Dec. 29, 2001. Gerald, 47, was on his way home from a shift at the J. Reuben Long Detention Center when he pulled off U.S. 701 North to help with what appeared to be a traffic accident. Instead, he encountered a dispute between a man and woman. The man approached Gerald’s vehicle and opened fire, fatally wounding the lieutenant. Gerald was a U.S. Army veteran.

We mourn the loss of this gentle servant, Jacob. Pray for his family, the other officer and his family and for the protection and strength of all of our dedicated officers and their families.